In the Arkham trilogy, Rocksteady proved it can create a superb Batman experience. With a series of narratives so gripping and seeped in Dark Knight lore to make any fan smile, the games were close to perfect. Now, stepping into the world of VR, the developer has gone one step further, bringing the same superb storytelling, only this time, I am the Batman, and this is the perfect way to start your new PlayStation VR life.

Arkham VR uses the headset and move controllers. While you cannot move as Batman or Bruce Wayne, you zip from point to point within each of the game’s locations using the Move button.

The game focuses on Batman’s detective prowess rather than his ass-kicking abilities. While some may be disappointed at the lack of being able to batter baddies with all the Kapows and Biffs, what is on offer is still incredible.

With each new Batman movie fans become tired of seeing the origin story retold. We all know Bruce Wayne’s parents were killed by a gangster in an alleyway. But this is the first time I’ve been young Bruce in that alleyway, his parents’ killer stood inches from my face, terrifyingly overbearing as he holds a gun to my infant head. This is an incredible opening, one that genuinely made me recoil as the scar-covered mobster leant forward to speak to me. 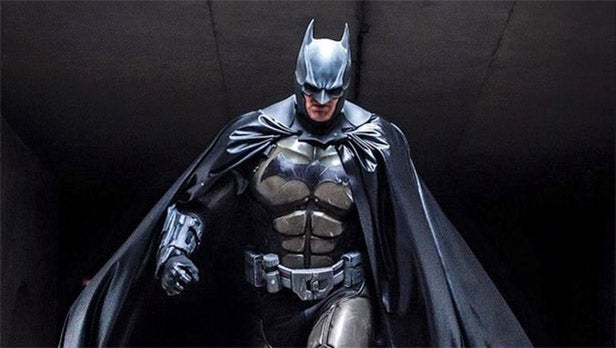 I’m then transported to the present, as Bruce sat in front of his grand piano. A quick rotation of the move controllers shows Bruce’s hands covered in scrapes and bruises from the previous evening’s crime fighting. I pick up a postcard on the table beside me to see it’s from ‘SK’ – Selina Kyle – describing her latest escapades. It’s the little touches like this which Rocksteady consistently nails to perfection.

This ability of Rocksteady to create the ‘feeling’ of being Batman is only enhanced as I don the suit and enter the Batcave. One amazing moment is when I place the cowl over my head, the screen fades to black, before revealing a mirror with Batman staring back at me, which is probably the coolest moment I’ve had in games.

Thus begins the game proper, Batman must find out what’s happened to Nightwing and Robin. After locating Nightwing, who has fallen victim to a brutal murder, Bats must begin using his detective skills to find the culprit.

I’m equipped with three gadgets: the forensic scanner, the grapple gun and batarangs. Using the forensic scanner I’m able to replay the sequence of events before Nightwing was killed, watching how he was murdered. Standing and watching the sequence play out in a back alley of Gotham is excellent and visceral. Rocksteady never shies away from violence, and seeing Nightwing get his neck snapped is certainly a gruesome example of that. 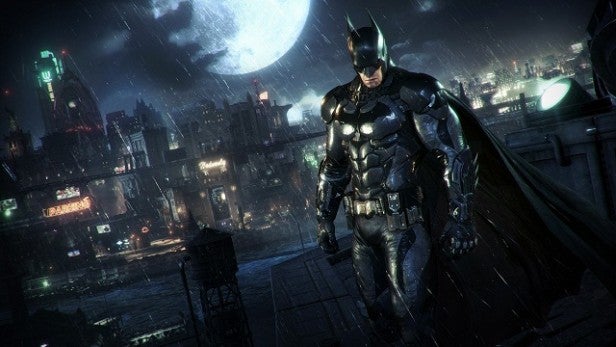 After completing the study of the crime scene, the Batwing begins circling above, and using the grapple hook to get out of the scene is another excellent moment. To tell the moments between scenes, or detail a fight scene, the scene fades to black and you simply here the sounds of a ass-kicking taking place, or the Batmobile or Batwing engines raging. It’s a shame we don’t get to see these moments happening, but being in VR I imagine the decision was taken to avoid horrendous motion sickness.

It’s hard to discuss how perfectly paced and well-told the narrative is without spoiling it. But just know that if you’ve been with Rocksteady since Arkham Asylum, the payoff here is incredible.

During my time there was the odd occasional hiccup, though. Sometimes when trying to interact with objects in the game it couldn’t read my inputs. Trying to press a number on a keypad my hand would simply pass through it. It also demands quite a bit of space, so be prepared to have a good few feet between yourself and the PlayStation Camera.

Also, there will be times where I had to turn a full 180-degrees, meaning I lost my sense of place in the real world, and while reaching for something in Gotham, I ended up punching my wall. Which hurt. A lot.

The whole experience can be completed in around 90 minutes, which may seem short, but for the cost of entry is more than fair. Plus completion of the main narrative unlocks additional challenges, offering you a reason to go back through once again. 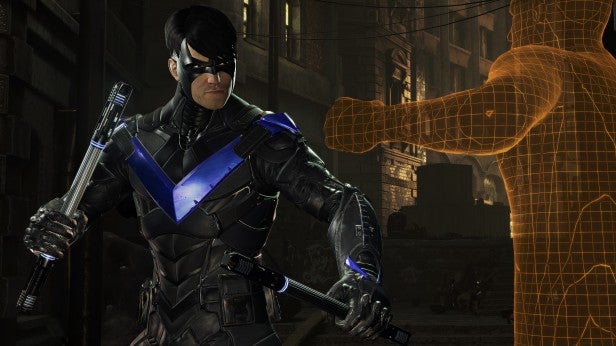 Arkham VR is simply a must-buy for any Batman fan picking up PSVR. Rocksteady has proven itself time and again as the perfect creator of Batman games, and extending its brilliance into VR with such aplomb should be applauded.

I hope Rocksteady continues to make nothing but Dark Knight games from now until the end of time, because they’re simply so bloody good at it.

Yes the experience is short, but it’s also excellent value for money at just £15. If you’ve been a fan of the Arkham series, you simply have to buy this game.