The latest hit on Xbox Live Arcade is a game defined by its unique style. Bastion is defined by its blend of far-East and old West visual styles, by the way that it strips away the menus and furniture of the traditional action-RPG and replaces them with ingenious, in-game substitutes. It’s defined by its floating worlds, and by the way that pathways and areas assemble themselves before your very eyes. It’s defined by its strange monsters and oddball frontier weaponry, and by a score that makes haunting Americana work in a fantasy setting. Most of all, it’s a game defined by its central conceit: an in-game narrator who describes, in a voice similar to Sam Elliott’s in The Big Lebowski, what you’re doing as you’re doing it, transforming what might seem a prosaic dungeon hack into a bolder, more enigmatic tale. 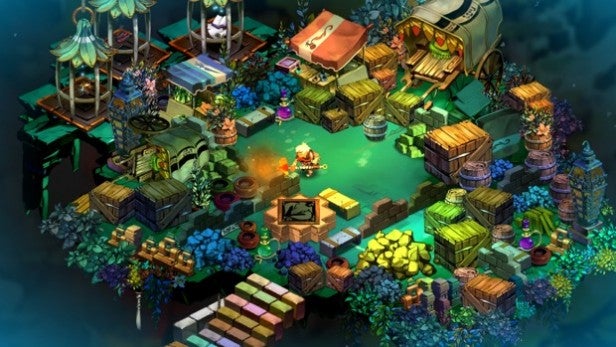 He is The Stranger, and you are The Kid: a would-be hero in a world of floating islands, destroyed by a mysterious ‘calamity.’ It’s a world where the normal rules of fantasy – let alone reality – no longer apply, where the paths and zones that make up the world dungeons might come together as you walk, or collapse beneath your feet. Deadly sprites and ghostly spirits, vicious man-eating plants and dive-bombing crows may attack at any minute – all given suitably vague and atmospheric names – but you’re equipped to deal with them. With war-hammers, machetes, pistols, shotguns and flamethrowers, you can blast away at these varmints, grabbing the gems they drop and fighting to collect the game’s ‘cores’; energy units which can power up the central Bastion, and allow The Kid to build new facilities for upgrading your weapons or brewing the strong liquors that act as offensive and defensive bonuses in these bad lands. 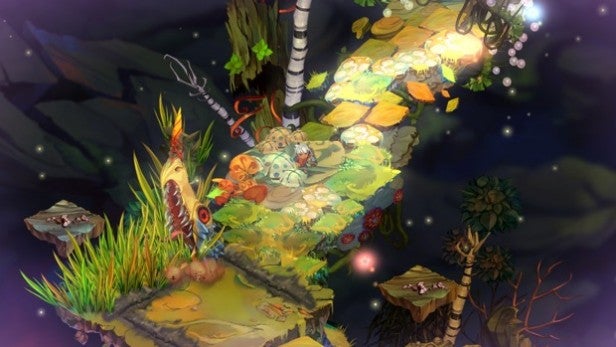 And all the way the stranger is with you – in voiceover at least. He’s commenting on your choice of weapon, the directions you explore and the avenues ignored. In gravel-voiced tones he talks about your victories and failures, and even gently prods you when there’s something fundamental you’ve neglected to do. The effect of the stranger on gameplay is fairly negligible, but the effect on atmosphere is stratospheric. Bastion isn’t actually that sophisticated an RPG, and the things we might expect from, say, a Bioware game – interaction, deep characterisation, moral choice – are practically missing. And yet Bastion makes you feel part of a richer story; not one you can piece together quickly, but one that has you thinking and guessing the whole time that you play.

And in Bastion the atmosphere is everything, because – between you and us – the core gameplay isn’t actually that special. The Kid wanders, fires weapons at the hordes of enemies or engages them in close-up brawls. There are switches to press and areas to explore, but nothing like the sophisticated puzzle-solving of even the old 2D Zelda titles. Even the combat isn’t flawless. While the weapons all have different applications, and some have different fire modes, the movement, the blasting and the bashing isn’t all that fluid or exciting. Monsters grow in number as the game progresses, and new ones with specific vulnerabilities show up, but in terms of the basic action, Bastion isn’t in the same league as a Torchlight, Titan Quest or Diablo. 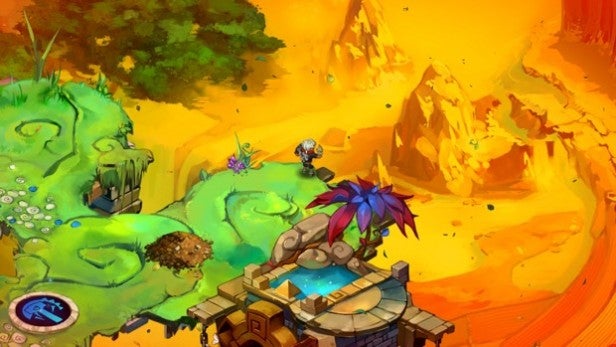 There are plenty of good things to say about the game’s upgrade systems though. Basic weapons are pretty much dished out, but can be upgraded by collecting basic materials and using them in the Forge you build back in the Bastion. Weapons can only be swapped in Armouries, which you can build in the Bastion and find scattered around the world, and the same goes for the attack and defence-boosting liqueurs, which can be allocated in a Distillery. You’re never rooting around in menus or wrestling with an inventory, and while Bastion never hits the kill-to-loot-to-upgrade-to-kill-some-more mania of classic Diablo, it all feels a lot less ‘geeky‘ as a result. 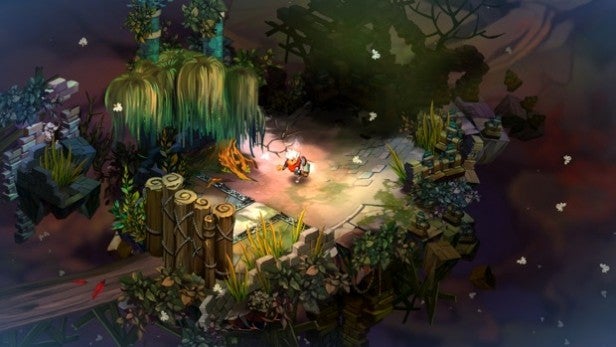 And while the game is reasonably linear, there’s plenty of replay value. There are specific training areas, achievements and challenge levels, and a special Shrine allows you to fix the difficulty level to a higher point in return for extra loot. Plus, it’s a game with some fantastic moments to discover, where a straightforward level can suddenly morph into something else, or where music can transform a bog-standard section with a sudden jolt of beauty. There’s no getting away from the fact that Bastion doesn’t play quite with quite the same brilliance that it looks or sounds, but it’s how the game feels that counts – and Bastion feels like something very special indeed.

A fascinating take on the action-RPG, even if the gameplay isn’t always as enthralling as the unique presentation.