Bang & Olufsen is not a brand that follows the herd. In fact, it’s only lasted as long as it has by pursuing a uniquely uncompromising approach to design, features and performance. The B&O BeoVision Horizon TV continues this theme – but only, frustratingly, to a point.

Take its design, for instance. With its powder-finished dark grey aluminium chassis and striking metallic strips across its large speakers, it delivers an industrial look unlike any other TV. In typical B&O style it can also be mounted on a choice of stands or wall mounts, whether you choose the 40-inch or 48-inch screen size. 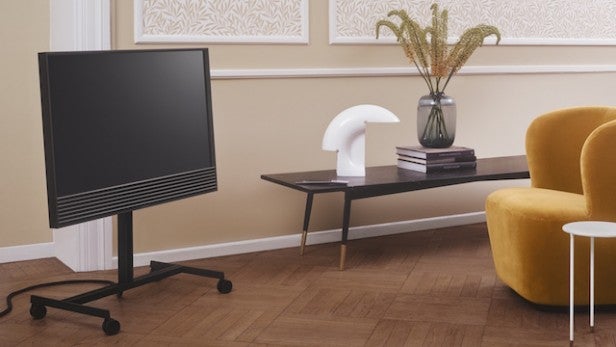 The longer I ogled the Horizon, though, the more its overall look started to feel a little dated. And not necessarily in a cool, retro kind of way. At the very least it’s a design that will divide opinion – especially the stand option that sees the TV mounted essentially on a wheeled trolley like a monitor in a laboratory or one of those TVs that get wheeled into classrooms for showing educational videos.

The way the wall bracket lets you pull the screen forward and angle it effortlessly in the direction of your choice is pretty cute, and some people may well love the old-school industrial approach. But for me the Horizon just looks a bit dour by B&O’s usually exuberant standards.

I also wasn’t entirely convinced by B&O’s oft-stated claim that the Horizon is designed to be touched. Yes, the roughly textured and cold metallic finish does feel nice, and the build quality is exceptional. However, as someone who’s grown accustomed to seeing lots of high-end motorisation in B&O’s products – rotating bases, retractable speakers and so on – the ‘made to be touched’ stuff feels like a smokescreen for the fact that B&O couldn’t afford to motorise the Horizon while keeping the cost sensible. 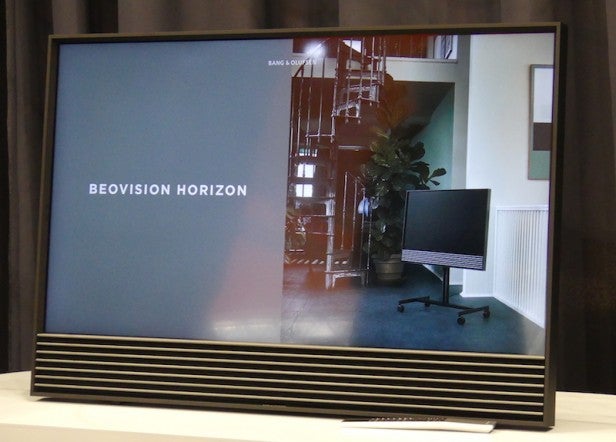 By far my biggest concern about the Horizon’s premium credentials, though, come from the picture performance of the samples at IFA. Right away I was struck by how dull their pictures looked on the show floor – especially in the 40-inch model’s case. It didn’t take long to confirm that the Horizon TVs can’t play HDR.

However, not having HDR seems a bitter pill to swallow when you’re talking about a TV that’s going to cost from £2,495 (depending on stand options) for the 40-inch model and £3,695 for the 48-incher. 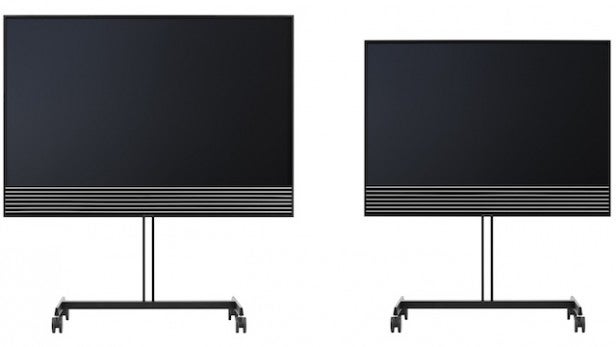 As usual with B&O TVs, the Horizon’s audio capabilities are far superior to those of most TVs. While not delivering as much bass as I would’ve expected, the speakers sound open, clean, detailed and devoid of harshness. Plus you can add – wirelessly, if you wish – a stunning array of speakers in all sorts of different configurations using B&O’s impressive BeoLink technology.

This isn’t something you can do with any rival brand of TV, and being able to set up different speaker ‘zones’ is potentially useful with a TV which can be wheeled around.

All in all, despite the HDR disappointment, the Horizon still has enough of that B&O DNA to have me looking forward to testing one. Hopefully we’ll have a full review in the coming weeks, as they’ve just gone on sale.