The Backbone One is a great controller for iPhone users who wants to take their mobile gaming to the next level. The fact that it’s portable means you can game pretty much anywhere, making this ideal for those who are usually on the move. As long as the controller connects effectively, you’ll wonder how you ever played mobile games before.

The Backbone One is a gaming controller for the iPhone that makes mobile gaming fun again.

If you’ve ever seen the Razer Kishi, this device may not surprise. Simply strap your phone into the dock and bam, you have an integrated controller that makes it easier to play mobile games.

The Backone One is an ergonomic and comfortable controller that supports all iPhone models up from the iPhone 6s. But to help it stand out from the crowd, it also features a companion app, which compiles all of your games and recordings into one place, making it feel like you’re using a PlayStation or an Xbox, rather than a smartphone.

I’ve been playing with the Backbone One for a few weeks now, using both my old iPhone X and my new iPhone 13 Pro. Here’s how I got on with this gaming controller.

The Backbone One is instantly recognisable as a gaming controller, which is more than can be said for the aforementioned Razer Kishi. It’s an extendable frame into which you slot your iPhone, via the Backbone One’s Lightning connector. This results in a traditional-looking dual-stick-and-face button controller on either side of the phone.

Xbox gamers may feel a little more comfortable with the design of the controller. The face buttons take on the A, B, X, Y configuration, with one analogue stick on either side, and a D-pad sits on the left, alongside shoulder and trigger buttons. There are menu, mute and screenshot buttons, and an orange Backbone button, which I’ll cover in more detail in the next section.

The wonderful thing about the Backbone One is that you don’t need to pair it to your phone; the Lightning connector means that your phone is ready to go the moment it’s plugged in. For me, this is a huge positive – I was able to quickly whip out my phone and play a couple of games during my morning commute without needing to mess about with Bluetooth.

The controller draws power from the iPhone itself, and while we don’t have specific numbers, it didn’t appear to excessively drain my battery. The One also has a port for a Lightning charger, so you have the option of charging while you game. The 3.5mm audio jack means you’re welcome to hook up any earbuds or headsets, so you don’t have to worry about missing out on any important audio cues.

To hold, the One is extremely comfortable. The plastic build feels sturdy and firm while you game, with brilliantly satisfying clicky buttons and responsive analogue sticks. However, when using the iPhone X, the phone would shift and seemingly disconnect from the One, which was particularly frustrating mid-game.

I put this down to the smaller size of the iPhone X, as when I upgraded to my 13 Pro, I received an adapter from Backbone – which you can request at no extra charge – that kept the phone still. I haven’t suffered any connection issues since changing phone models, but it might be something to consider if you own an iPhone that’s on the smaller side.

A minor annoyance is that neither of my phone cases could be kept on the handset while I played. This isn’t a deal-breaker, and only adds seconds to the setup, but if you prefer to keep your phone protected in a case, you’ll want to be extra careful slotting it in and out to avoid any unnecessary scratches.

In my opinion, it’s the Backbone One’s software that makes it the best mobile gaming controller out there. Pressing the orange Backbone button on the controller takes you to the dedicated app, where you can find your iPhone gaming library, as well as recommendations of what to play, any new games available, and much more.

It feels more like being on the Xbox or PlayStation store than on an iPhone app, rounding out the experience of using and navigating the controller very well.

Games from Xbox Game Pass, Apple Arcade and Google Stadia will all show up in the same place, making it easy to mix and match what you play. Plus, as an added bonus, you get three free months of Xbox Game Pass Ultimate with the Backbone One, so you can discover even more titles.

The app offers support for Twitch streamers, too, as well as a built-in image- and video-capture feature that allows you to edit and trim your clips with ease. And if you want to game with friends, then you can create lobbies and chat groups, making it a doddle to jump between games and chatting with fellow Backbone owners.

The only gripe I have with the app is that you have to press the Backbone button each time you play a new game to register it with the library – but, in the grand scheme of things, it was hardly a reason to stop me playing.

The biggest performance issue I experienced was when my iPhone X would on occasion disconnect having nudged away from the Lightning adapter. Having said that, I didn’t get the opportunity to use my old iPhone with the free adapter, so it’s possible that it could have corrected those issues.

Besides that, I’ve had no issues with the overall performance of the gaming controller itself or the Backbone app.

Of the couple of games I’ve played, my favourite being Stardew Valley, I haven’t suffered any game crashes or lag. The experience of playing games has been elevated with every game I’ve played, making each game feel more immersive and interactive than occasionally tapping the screen with my finger.

The controller itself could be seen as being a bit pricey, but for me, the overall performance more than justifies the cost. Consider that you get three free months of Xbox Game Pass Ultimate when you buy the controller, and you’re saving money in that aspect while still being able to try out all the games.

You want to effortlessly game on the go:
The Backbone One controller is the perfect companion for anyone who wants to spice up their commutes. Lightweight and simple to use, you won’t leave home without it.

You’re an Android gamer:
At least for now, there’s no Backbone One for Android phones, so those not in the Apple club are out of luck.

As someone who hasn’t picked up an iPhone game since Temple Run, the Backbone One is an amazing little device that re-sparked my interest in mobile gaming. Offering an extensive list of games to choose from and a companion app that delivers more than it should, the Backbone One is only slightly let down by the fact it only supports iPhone.

I’d highly recommend the Backbone One to anyone who regularly plays games on their phone, or those who wish to start. It’s portable, easy to set up, and once you request the free adapter, you’ll be having fun in no time.

We test all our devices thoroughly over an extended period of time. We use industry-standard tests to compare features properly. We’ll always tell you what we find. We never, ever, accept money to review a product.

Was tested for at least two weeks before the review.

Used with two variations of iPhone, the iPhone X and the iPhone 13 Pro. 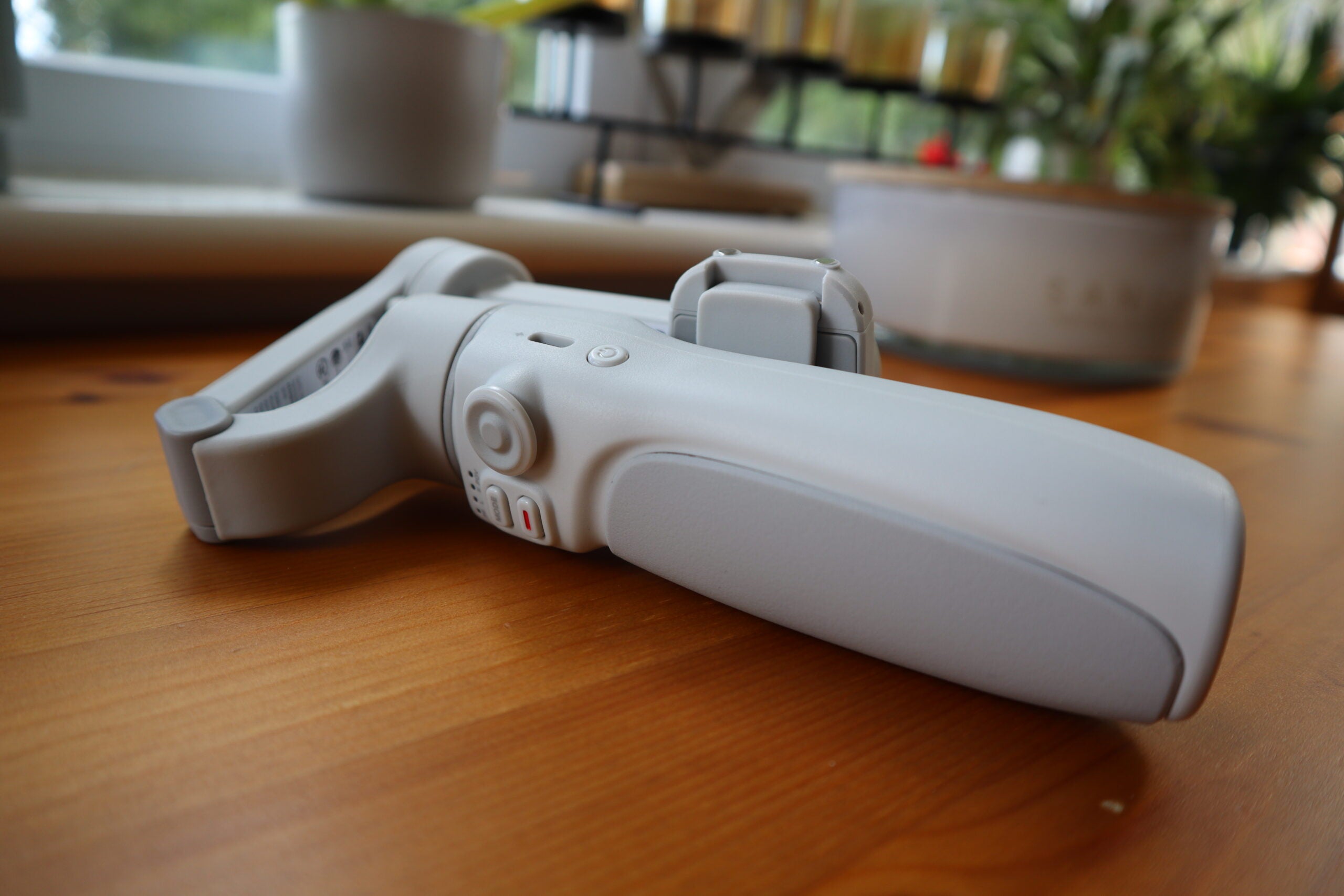 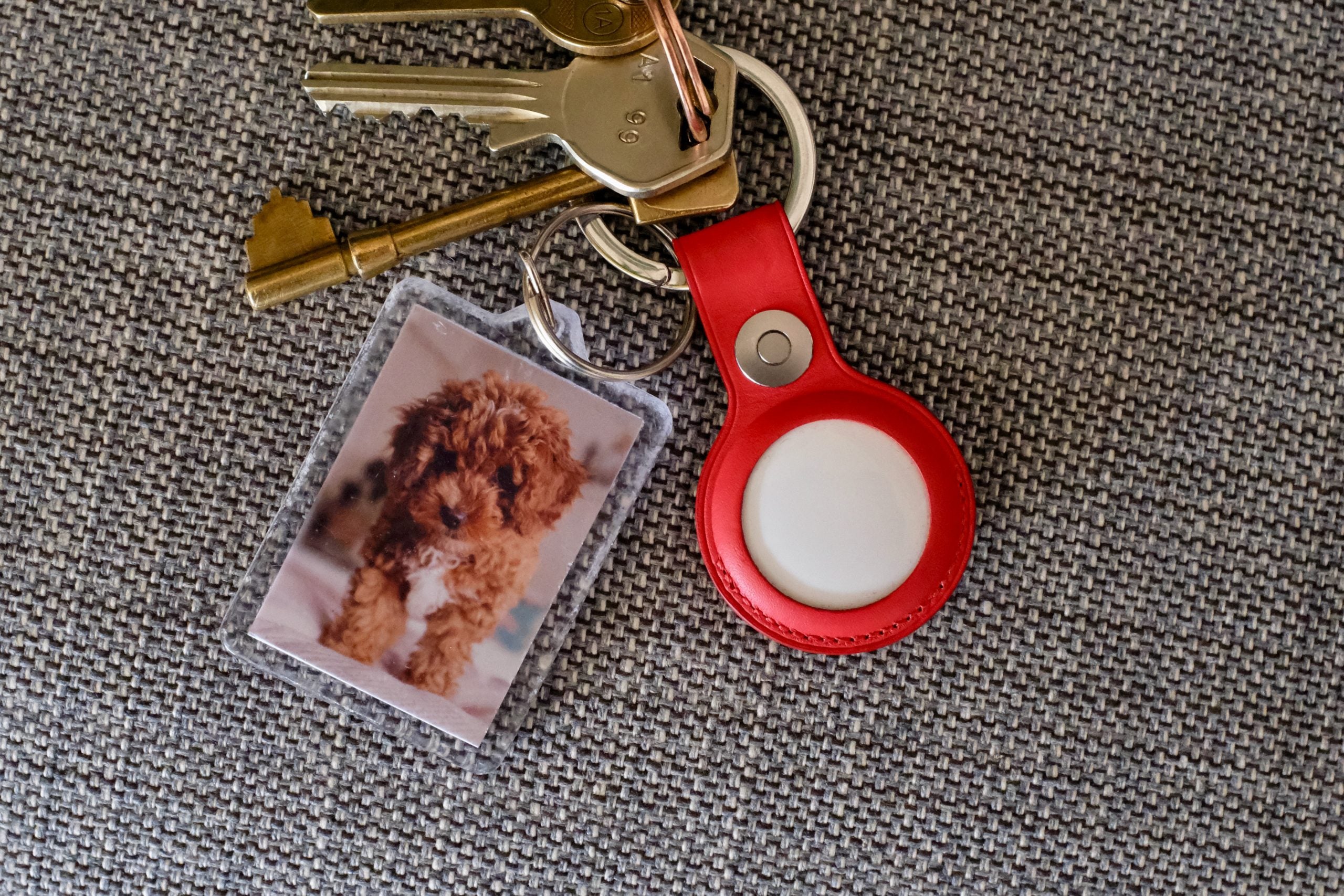 Does the Backbone One work with a case?

I found that the cases on my iPhone X and iPhone 13 Pro proved too bulky to fit in the Backbone One. However, a more compact and slender case could work fine.

Does the Backbone One work with Android phones?

No, the Backbone One currently only works with iPhones. The company has plans to launch a Backbone One for Android, however.

Can I charge my phone as I play?

The Backbone One controller has a port for a Lightening adapter, enabling you to charge your phone as you play.