If you’re after an inexpensive pair of true wireless earbuds then the Duet 50 Pro ought to be on your list. With their solid sound (once you’ve found the right ear-tip), generous battery life, plus features that give them workout appeal, they offer tremendous value for the price.

Back Bay is a Boston-based audio brand I’ve spent some time getting to know – I reviewed its EQ 40 neckband headphones in 2020.

Those headphones put in a satisfying performance at an affordable price, and Back Bay hopes to repeat the trick with the Duet 50 Pro. Featuring super-generous battery life at 130 hours – by the far the longest I’ve come across – and aptX compatibility, they come in at a price that will have you rubbing your eyes in disbelief.

By true wireless standards, the Duet 50 Pro are diminutive. They don’t fall prey to a cheap aesthetic, instead presenting an attractive glossy finish. The area for button presses is clearly signposted through its glossy surface and the gleaming Back Bay logo. Taking them out of the case is like taking out a pearl from an oyster.

They’re only available in one colour (black), and they slip into the ear neatly. I’ve not experienced any comfort or fit issues, plus Back Bay provides a number of ear-tips with which you can experiment. You’ll want to play around with these since they can influence the Duet 50 Pro’s final sound. Noise isolation is great, since the right ear-tip can reduce external sounds by a large amount.

Button presses are clicky and don’t require much pressure for those with an aversion to pushing in earbuds. Everything is covered from volume, track skipping, playback and taking calls to activating a voice assistant.

The charging case is a big one, but it should still slip into a slim pocket. Like the earbuds it’s finished well, but extracting the earbuds from the case feels like I need a miniature crowbar.

The highlight of the Duet 50 Pro is the outstanding battery life. There’s around eight hours per earbud with 122 available in the case: more than the JLab Air Sport’s 40 hours, the EOZ Air’s 90 and the Mifo O5 Plus’ 100. The ‘Pro’ version come with the most battery life, with the Slim and standard version (same earbuds, different case) offering 30 and 40 hours respectively.

The charging case can double up as a power bank to charge another device, and Back Bay has thoughtfully included a USB-C converter cable. There’s no room for Qi wireless charging, so re-charging the case back to full via a USB-C takes 2.5 hours.

Otherwise, there isn’t a great deal to talk about, which reflects their price. The Duet 50 Pro are simple in that regard, with no noise-cancelling or transparency mode. Bluetooth connectivity is 5.0 and codec support extends to SBC, AAC and aptX. The presence of aptX should give them a leg up in audio quality.

If you’re a keen runner/fitness fanatic then you’ll be pleased to learn that the Duet 50 Pro have a IPX5 rating, good enough to resist water and sweat. The only other feature of note is the inclusion of omnidirectional MEMS microphones for taking calls.

Listening to the Duet 50 Pro for the first time, I was disappointed by how tinny and harsh they sounded. As first impression goes, I wasn’t enamoured.

But, you’d have likely noticed the score – so what changed? The ear-tips. Ear-tips can have an effect on the fit, seal and the sound, and with the Duet 50 Pro that effect is pronounced. Going for the bigger option resulted in a thicker, weightier, bassier tone that made the default option weedier by comparison. This review will come at the Duet 50 Pro from the perspective of the bigger ear-tip.

The Duet 50 Pro’s low-frequency performance isn’t what I’d call the most detailed, but there’s enough variation that it avoids becoming one-note. There’s a satisfying meatiness and power to basslines in The Prodigy’s Invaders Must Die and Parisian Goldfish’s Flying Lotus, while in Brian Bennett’s Image there’s enough detail to give it presence without overriding the mid-range. With other tracks that involve vocals, the bass can feel like it’s competing with the lyrics.

Vocals are smoothly defined when bass isn’t as prominent; it avoids the sibilant tones that trip up more expensive true wireless buds. While the mid-range is nice and clear for the most part, it isn’t the most detailed – but in considering the price, it’s acceptable.

A listen to the woodblocks at the start of Hans Zimmer’s Mountains, and compared to the Lypertek SoundFree S20, the Duet 50 Pro come up a little short in terms of fine detail, and the track is organised in a slightly flatter way. The trade-off is a sound that’s a bit more forward and has more of a thrust.

High frequencies are the one aspect of the Duet 50 Pro’s overall performance I find lacking. There’s more definition in the Lypertek’s rendition of Rick Smith’s Bullet Cut, and while you could swap to the default ear-tip, it sounds too thin to really enjoy. There’s good sound to be found in the Duet 50 Pro, but I think experimentation is needed. At least Back Bay gives you the option of finding your way.

There’s much about the Duet 50 Pro that impresses. They can produce a very good sound once you’ve found an ear-tip to your liking; the battery life is super-long; plus they make a fine option for running and fitness workouts. For an affordable pair of earbuds, the Duet 50 Pro offer competition to similar products costing twice as much.

You’re after a pair of earbuds for listening and workouts
With an IPX5 rating, excellent fit and seal, the Duet 50 Pro are a great option for fitness fanatics. I’ve used them on runs several times and haven’t found them to be lacking yet.

You want a more nuanced sound
The tuning with the default ear-tip option is a little thin and tinny, and while bigger ear-tips deliver bigger bass, it comes at the expense of detail.

If you’re after an inexpensive pair of true wireless earbuds then the Duet 50 Pro ought to be on your list. With their solid sound (once you’ve found the right ear-tip), generous battery life, plus features that give them workout appeal, they offer tremendous value for the price.

The answer to that is no, but the Runner 60’s case does support wireless charging

Yes, the Duet 50 Pro’s charging case can also serve as a charger for a mobile device with a USB-c connection (adapter is packaged along with the case). 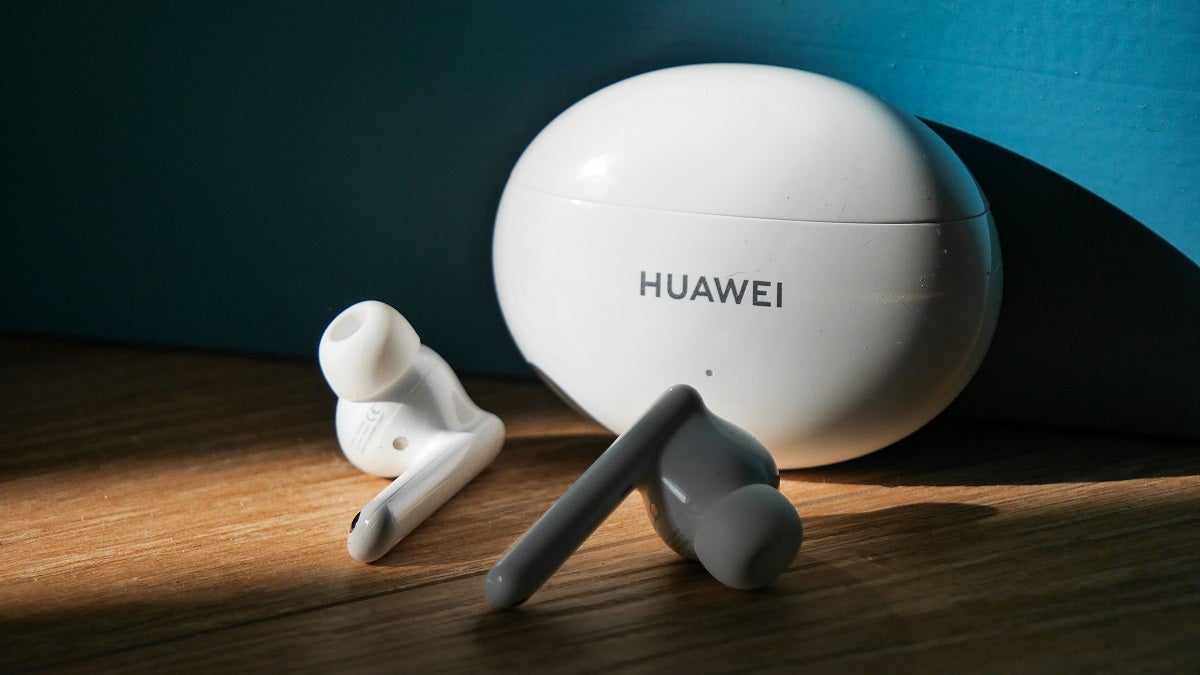 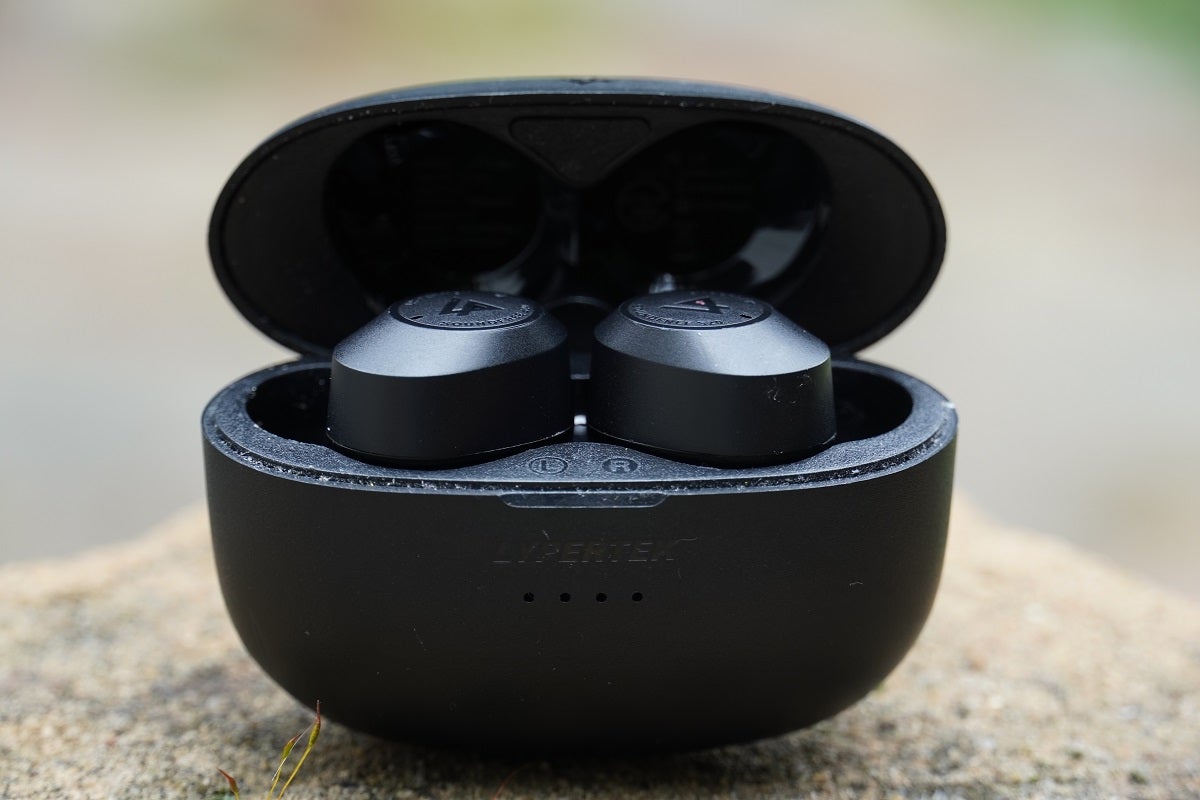