With lengthier plates, the Babyliss 3Q makes short work of thicker hair, but can be cumbersome to use effectively. In addition, they become too hot to curl a lot of hair, and the automatic setting doesn't seem as smart as it should be.

What are the Babyliss 3Q Hair Straighteners?

Babyliss is one of the most well-known names when it comes to hair straighteners, and the Babyliss 3Q sit towards the top of its current range with such features as Super Ionic Conditioning  and Intelligent Sensor Protect technology.

These straighteners stand out from the competition thanks to their 12 different heat settings, meaning you can set the right temperature for your hair, reducing the chances of damage.

Even better, these straighteners have recently seen a significant price cut, meaning you can get pick them up for a snip of their RRP. 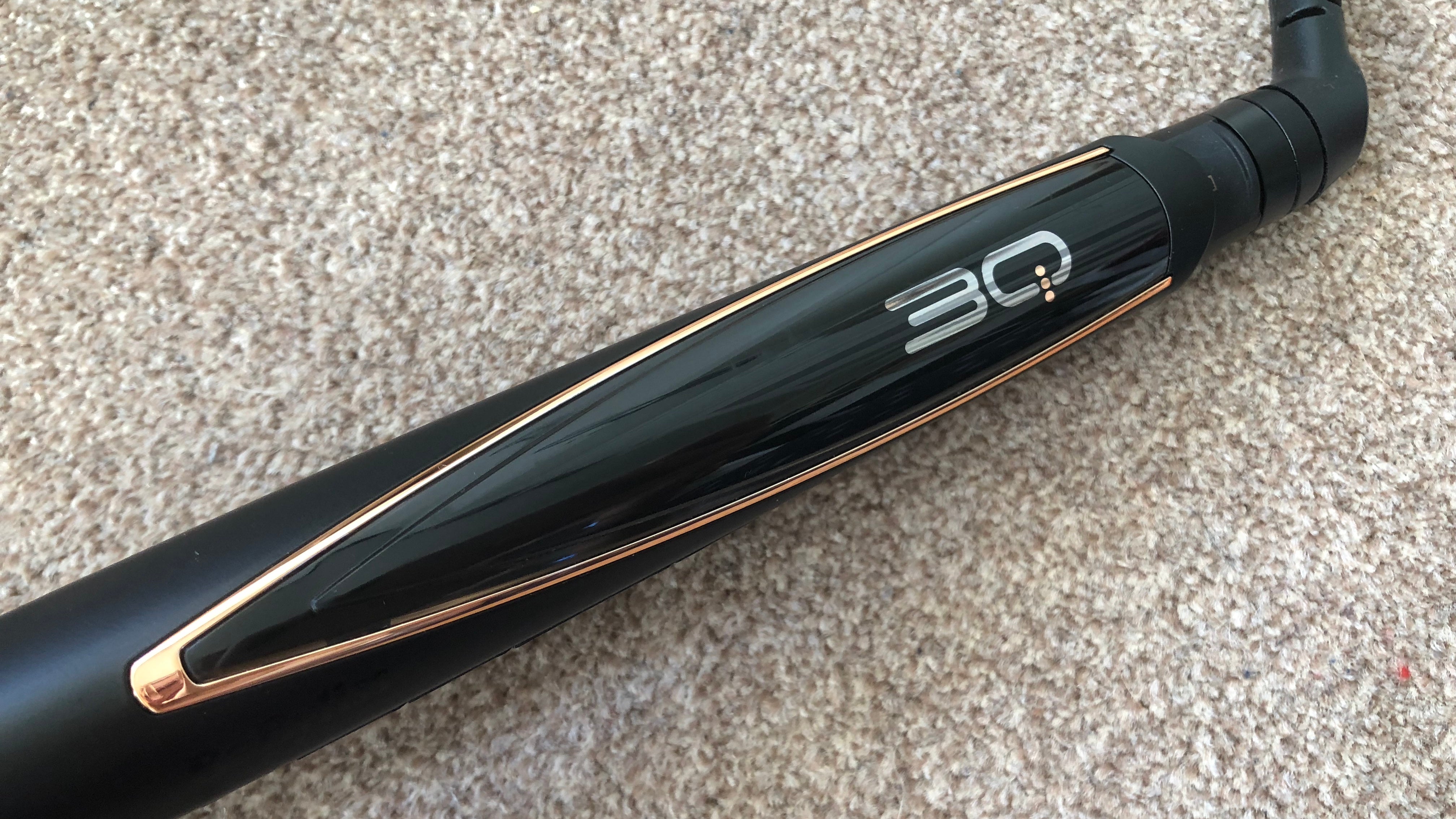 The first thing you’ll notice about the 3Q straighteners is that they’re significantly longer than the majority of other such models. The ceramic quartz plates are just over 11cm in length, compared with the 9cm of the Cloud Nine The Original Iron. They’re wider, too, at 28mm. This makes them a great choice for thicker hair, providing more straightening space, which should hopefully save you time.

The straighteners’ barrel body is mostly plastic, but feels sturdy enough, and there’s a clear LCD screen for displaying the temperature setting on the top arm of the straighteners.

Their length does make them a little unwieldy, particularly when curling. Nevertheless, the Babyliss 3Q Hair Straighteners are slender enough for long styling sessions, and weigh in at 270g – around the same as the GHD Gold.

Temperature control is one of the 3Q’s biggest selling points, as they offer 12 different heat settings between 180ºC and 235ºC, in five-degree intervals. You can choose to set this manually, or you can use Babyliss’ Intelligent Sensor Protect techn, which will choose a temperature automatically to suit your hair type.

The buttons for this, and the power button, sit on the edge of the top arm, and an icon will appear on the LCD when “Protect” is activated.

Due to their slightly precarious position, these buttons lock after five seconds of you turning on the straighteners , to prevent you nudging the controls by mistake. If you want to make changes after this time, you simply hold down the button you want to use for two seconds to unlock.

The Babyliss 3Q promise an Advanced CeraTherm system for fast heat-up to the top temperature, and for maintaining a consistent heat throughout. They also feature a Super Ionic Conditioning system aimed at taming static hair and boosting shine – you’ll hear a subtle hiss when the straighteners are on, which tells you the system is engaged.

A fairly lengthy auto-off function will cut in at 72 minutes, giving you plenty of time to style. A generous 3-metre cord should give adequate freedom to move around as you wish. 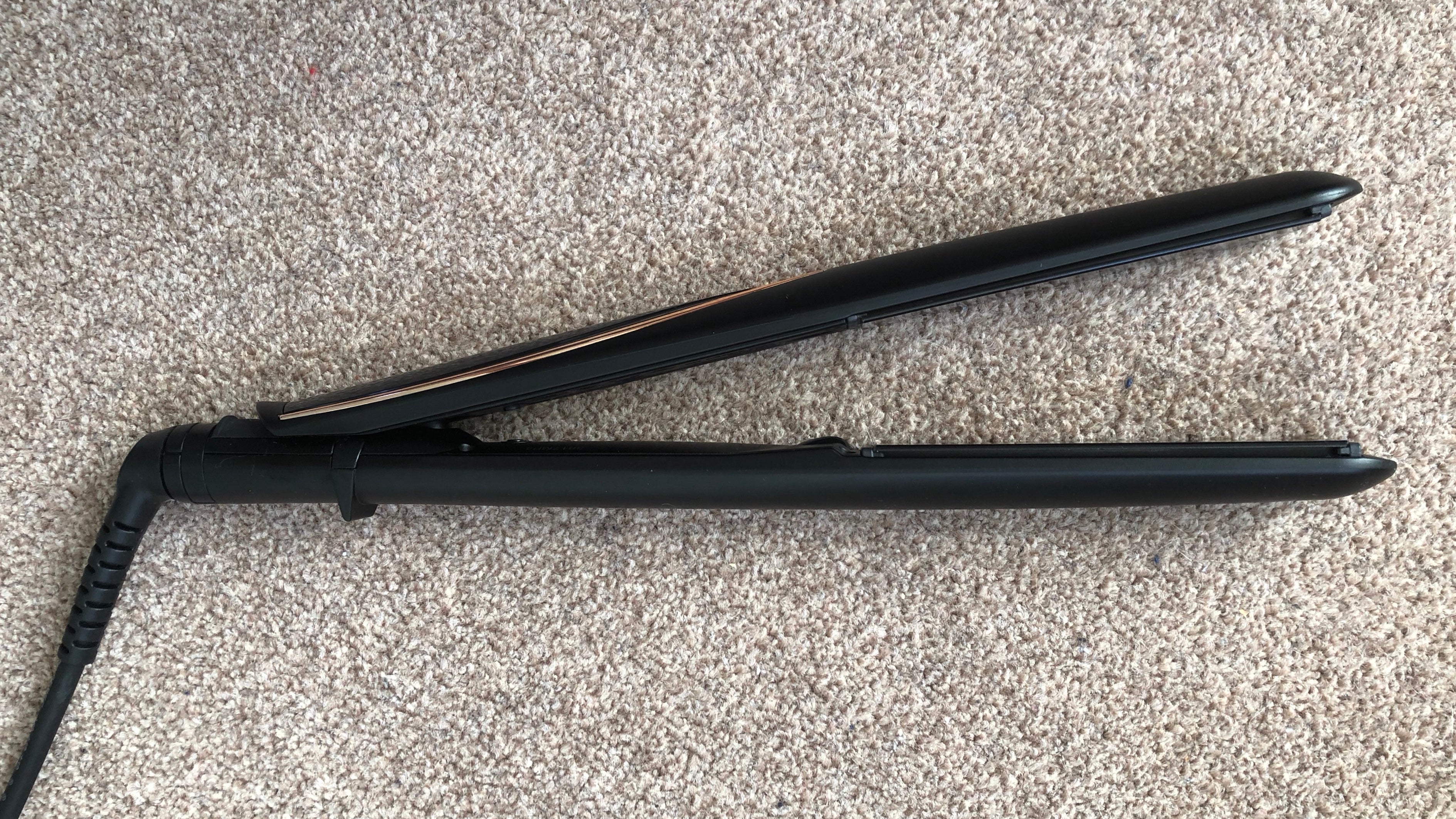 Despite their claims of fast heat-up, the 3Q took 1min 40secs to get to 235ºC, which is significantly slower than rivals such as the GHD Gold and Cloud Nine The Original Iron.

Still, once they were at temperature, they did remain consistently hot, with good heat spread across the plates. Straightening hair was easy, with hair gliding nicely through the plates – these plates aren’t floating, but they do close together pretty snugly to ensure no hair is missed. The ionic tech did a good job, too, and helped tame the frizz from a rather rough blowdry.

As mentioned, these plates are long, so those with more hair to straighten will be well served by these straighteners, although they aren’t the widest of hair straighteners.

I also found that their extra length made them a bit cumbersome to use when attempting to curl hair – particularly with shorter hair. In addition, the outer casing became super-hot with extended use, making it hard to hold for curling after 10 minutes or so.

The automatic heat selection based on your hair type might seem like a clever feature but we found it just knocked the temperature down to 210ºC with both thin and thick hair – maybe not so clever after all. Shop around online and you’ll find the Babyliss 3Q at a snip of their £90 RRP – as low as £35, at the time of writing. But even at this lower price, we still have to take issue with the long heat-up time, the rather awkward design, and how hot the outer casing becomes.

When it comes to straightening, they’re very effective – although some of their various features might be less so. At around a quarter of the price of more premium brands, those looking for strong straightening performance first and foremost could very well find the Babyliss 3Q a good alternative.