The corner clouding is, though, more of an issue with 3D. The panel has to work harder with active 3D than 2D, resulting in the corner light ‘leakage’ looking a bit more obvious during dark 3D scenes. The BeoVision 11-40’s handling of motion in 3D isn’t up to the rest of the TV’s performance, either; fast-moving objects can look a bit flaky and stuttery without using the set’s motion processing, but if you activate this processing pictures look rather unnatural, and really fast-moving elements can seem to flicker in and out of the picture a touch. 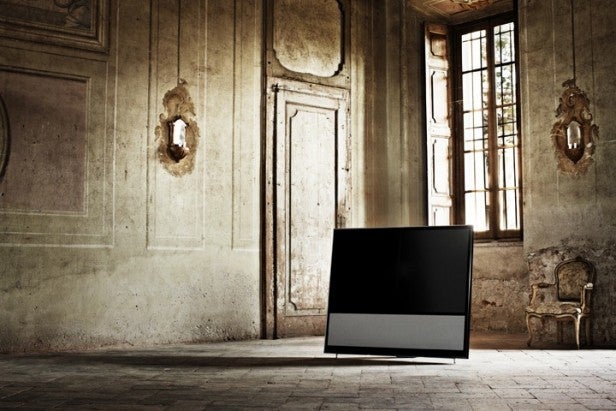 Despite these problems, though, we still feel favourably towards the BeoVision 11-40’s 3D pictures overall. The main reason for this is that the sense of depth and space they create is excellent, partly thanks to the image’s outstanding contrast performance (which helps the screen delineate key depth ‘markers’), partly due to the impressive amount of detailing (except for where the motion flaws get in the way), and partly due to the image’s general freedom from the crosstalk ghosting noise so common with active 3D TVs.

You probably won’t be surprised following our description of the BeoVision 11-40’s speaker setup to hear that it sounds unbelievably good by flat TV standards. The clarity and dynamic range of the soundstage is unprecedented, in fact, as gorgeously well-rounded and rich trebles sit side by side with deep, clean and perfectly balanced bass. Even better, though, is the terrifically open nature of the mid-range, which completely avoids the muddy, flat sensation of your average flat TV mid-range, making it a distortion-free friend to action movies and quiet TV shows alike.

Every now and then we had the sensation that voices didn’t feel totally locked to the onscreen action, but aside from that the BeoVision 11-40 is surely as state of the art as any integrated TV sound system is likely to get. 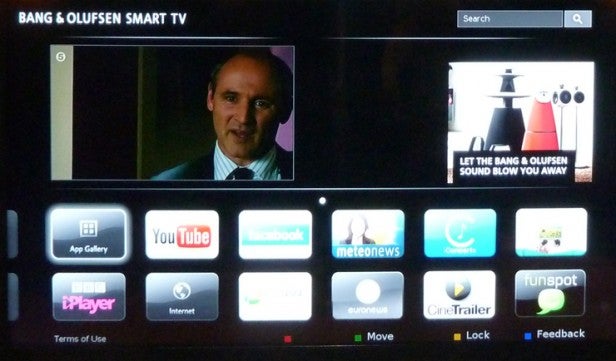 While fans of design, sound quality and picture quality will find the BeoVision 11-40 harder to resist than their bank managers might feel comfortable with, though, there are a couple of user groups for whom the 11-40 is currently a flawed option.

Gamers, for instance, may find their performance skills dinted by the TV’s slightly high input lag figure of more than 60ms (in a TV world where we like to find 35ms or less). The other area where the B&O loses out is with its online platform, which is pretty lacking in video content services at the moment compared with rival systems.

The only important options are the BBC iPlayer, Euronews, iConcerts, and YouTube, with the likes of Netflix, Acetrax, LoveFilm, Blinkbox and all the other UK catch-up video services nowhere to be seen.

There’s no denying £5,000 is a ridiculous amount to spend on a TV. But that doesn’t change the fact that this is an outstanding TV, one that delivers both top-notch picture quality, and sound quality that can’t be match by any other set. If you can’t afford it, move on. If you can, it deserves serious consideration.