For indoor network surveillance there is a plethora of camera choices and over the past few months we’ve looked at a range of options from all the big players including Axis, Sony, Panasonic and D-Link. However, move up to outdoor surveillance and you’ll see a dramatic reduction in those choices and a commensurate increase in costs. With the launch of its latest 225FD, Axis aims to change the landscape as this fixed dome camera is one tough cookie that looks capable of handling pretty much anything you can (literally) throw at it.

There’s no lightweight plastic chassis here – the 225FD is housed in very solid metal that’s built to be vandal resistant and weather proof.


Furthermore, the design is far more compact than the majority of other products on the market making it a good choice for discrete surveillance. The lens is protected behind a polycarbonate glass hemisphere, the dome and metal collar are secured by tamperproof screws and the complete housing conforms to the Ingress Protection (IP) level 66, which means it is passed as dust proof and can protect against strong water jets. The camera even incorporates an internal heater and fan and Axis claims with these in action the camera can function in temperatures as low as -20ºC. 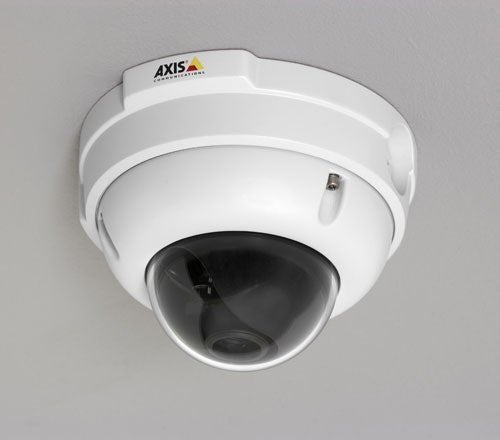 The camera can be powered with one of three options. Commendably, it is 802.3af PoE compliant so can be powered over the network cable from a suitable switch or you can use the supplied 12V power transformer. However, neither of these modes provides enough juice to run the internal heater and for this you’ll need to purchase Axis’ optional outdoor power supply module. The camera supports pan, tilt and zoom function but these are only manual adjustments which are carried out during installation. Once the camera is in position you need to establish a network connection, remove the dome assembly and position the lens in the desired direction. Pullers on the lens are also provided for manual zoom and focus adjustment.


Overall, we found the process a little fiddly as care must be taken not to stretch or damage the wire bundle to the lens as you move it and you also need to rotate the plastic light baffle inside the glass so that it is in the correct position when reassembled. All status indicators are also inside the housing and can only be seen with the dome removed. The 225FD also incorporates an internal I/O connector block that can be used to link the camera to external security devices such as door sensors or alarms enabling them to trigger video capture or an external alarm if activated.

The 225FD delivers a good specification as it uses a decent 1/4in’ Sony Wfine progressive scan RGB CCD and can deliver a maximum resolution of 640 x 480 pixels. It also supports both Motion-JPEG and MPEG-4 compression. The top frame rate of 30fps provides good coverage of motion in the field of view although in MPEG-4 mode this can only be achieved at the lower resolution of 480 x 360 pixels. The bundled IP Installer utility makes light work of network installation as it searches for and displays all discovered cameras. From here you can change the camera’s IP address or go directly to the web interface.


Access controls are good as a user list determines one of three levels of access to the camera. From the live view you can choose Motion-JPEG playback, which enables up to twenty users to access the camera simultaneously. The multicast MPEG-4 mode has no such user limits but you only get a single decoder and encoder license included so you’ll need to purchase more license packs from Axis. To reduce bandwidth consumption you can opt for lower resolutions or increase image compression and you can also determine the length of time the video stream is active for and limit the frame rate for multiple viewers. 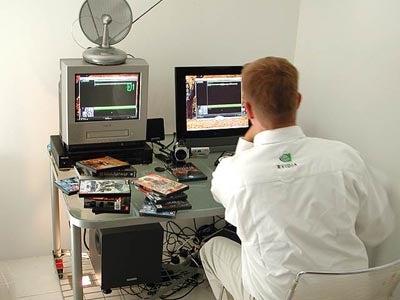 Motion detection is a cut above the rest as custom areas can be specified within the image where motion is to be detected or ignored. You can decide on camera sensitivity and the length of the trigger once it has been activated. Actions extend to downloading images at specific frame rates to an HTTP or FTP server and these can be emailed to multiple clients as well. Usefully, there’s also a temperature trigger that will warn if the exterior conditions exceed the camera’s operating range. Axis always impresses with its image quality and the 225FD doesn’t let the side down, delivering a sharp, clean image and good colour balance. As light levels decrease below 1 lux the camera automatically switches to mono mode and can function down as low as 0.2 lux. As we dropped the lighting in our test environments we found the image did get quite grainy but it was still reasonably clear.


Purpose built for outdoor use the 225FD look capable of handling the harshest of environments. It delivers good image quality across a range of lighting scenarios and compared with the majority of indoor cameras and exterior housing combinations it looks a far more cost-effective solution 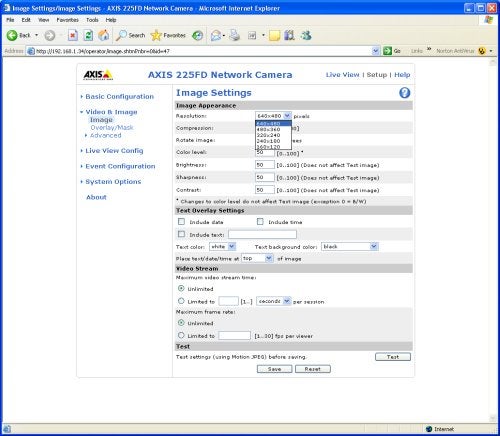 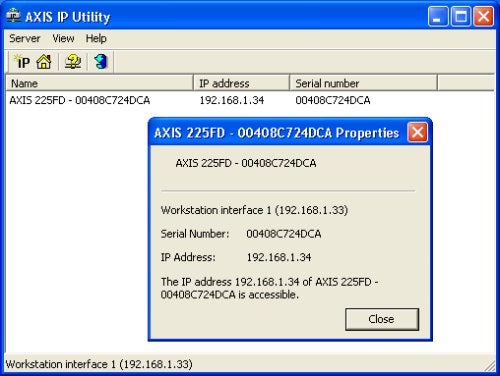 Axis motion detection features are superior to most of the competition 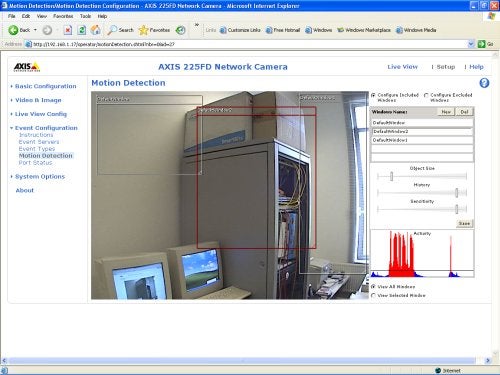 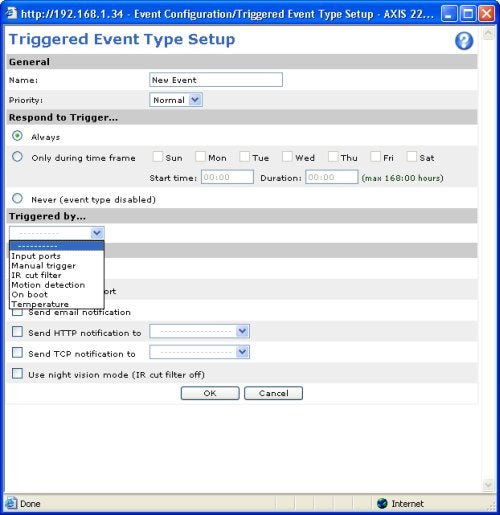