Axis doesn’t beat about the bush when it launches a new IP camera and its latest 207MW certainly looks worth crowing about. Its claim to fame is being the world’s first megapixel IP camera capable of delivering an amazing top resolution of 1,280 x 1,024 pixels.


Physically, the camera isn’t much to look at but its compact chassis hides a wealth of features that most other vendors would be hard pushed to match, let alone beat. At its heart lies a 1/3in. megapixel RGB CMOS sensor, which is teamed up with a 3.6mm F.1.8 fixed iris lens. It incorporates an 802.11b/g wireless client as well as a Fast Ethernet port although it’s a pity support for PoE isn’t on the menu. However, it is now possible to buy pocket sized PoE injectors for as little as £25. Axis also bundles a 180cms power extension cable to go with the two metres of cable on the external power supply.


The camera provides full motion detection along with support for both Motion-JPEG and MPEG-4 compression. It has an internal microphone enabling viewers to listen to the area under surveillance although a lack of speaker output means you can’t talk to anyone at the other end. Axis’ standard four-pin terminal block is also in evidence at the rear and this provides a number of useful features as it can be used to connect input devices such as a push button on a door and link it to an output device such as a relay for triggering an alarm or a door lock. 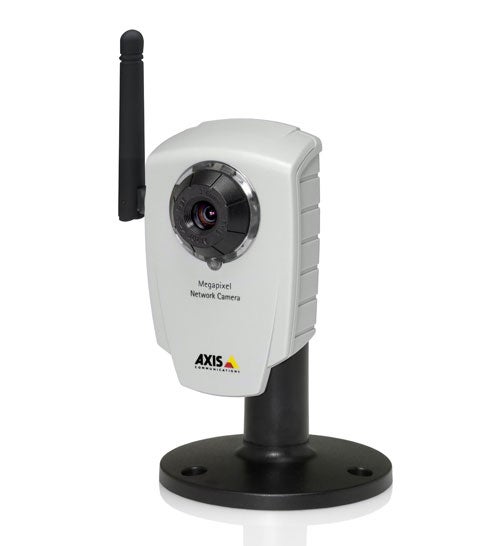 Installation beats the same path as all Axis cameras. You load the bundled IP Utility which searches for cameras on the network and presents them ready for configuration. Naturally, you’ll need to start with a wired connection but once you have web access you can configure the wireless portion. This is easy enough as all available wireless access points are displayed in the interface along with options to provide WEP or WPA keys.


Once you’ve installed the necessary ActiveX media controls from the camera the web interface opens with a live view and it becomes abundantly clear that the 207MW is something special as at the top resolution the image is enormous. Using a 19in. Samsung TFT monitor set to the same resolution the only way to see the entire picture is to select full screen viewing. What’s even more remarkable is the image quality. Axis has always scored higher in this department that any other manufacturer and the 207MW doesn’t let the side down. Colour balance is far superior to similar cameras from vendors such as Panasonic and Sony and once you’ve manually adjusted the focus ring, the picture is nice and sharp. We initially had problems accessing the MPEG-4 screen and the solution if you can’t get a video stream is to place the camera’s IP address in your browser’s list of trusted sites.

As always, there is a price to pay as at 1,280 x 1,024 the camera can only manage a 12fps rate so motion isn’t conveyed so well and at 1,280 x 720 this increases marginally to 14fps. Another downside is the camera doesn’t work well in low light as it can only operate down to 2lux. The less well endowed 207 and 207W can handle light levels as low as 1lux.


From our experiences we wouldn’t recommend using the camera on an 802.11b wireless network as it will simply soak up most of the available bandwidth. To see what the camera was drawing we linked it up over 802.11g to a Thomson SpeedTouch 780WL router with WPA encryption and called in our AirMagnet Laptop Analyzer software to measure utilisation. With a 54Mbps connection established, AirMagnet reported one client set to the maximum resolution over Motion-JPEG drawing around 15-16Mbps and with two clients on the go this rose to approximately 19-20 per cent.


MPEG-4 is more efficient and we saw utilisation drop to around 10 per cent with this selected on our two clients. In this mode you can also set a maximum rate for your clients but bear in mind that although MPEG-4 supports unlimited viewers you only get a single decoder license included in the price. Axis sells ten users license packs and these cost around £65. 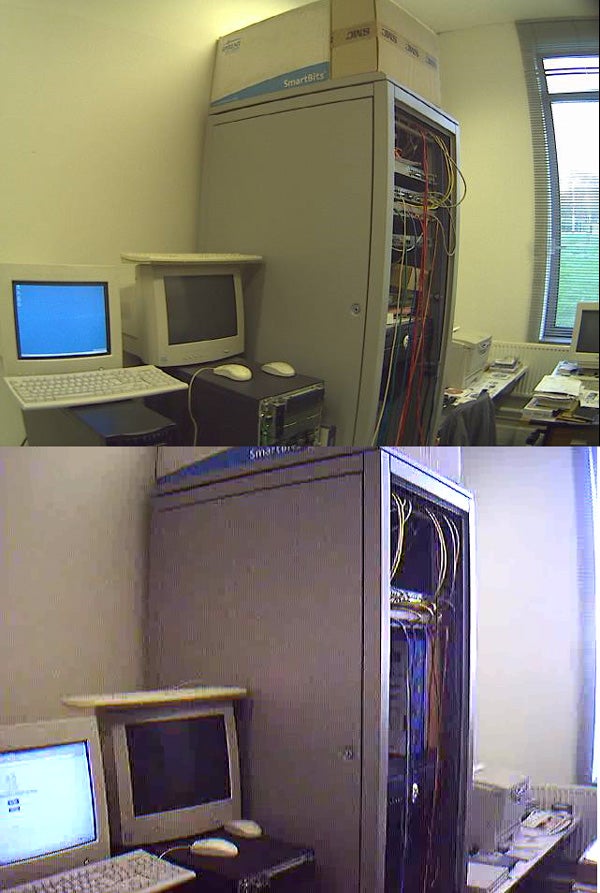 
There’s much more to play with on the camera with motion detection enabling up to ten custom areas to be specified within the image where motion is to be detected or ignored. When it is triggered the camera can download images at specific frame rates to an HTTP or FTP server and mail them to multiple clients as well. You can use devices attached to the terminal block to trigger recording and even audio thresholds expressed as a percentage can be set to start a recording when noise levels increase.


Bandwidth demands are quite high so for wireless links we would only recommend using this camera over an 802.11g link. Nevertheless, for sheer image quality the 207MW is quite superb and it augments these abilities with an impressive range of surveillance features. 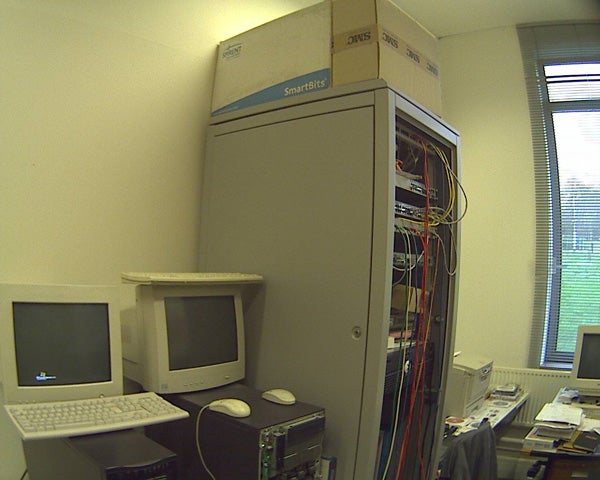 Some image curvature is evident but quality is rather good even at the highest resolution.

The camera supports up to fifteen different resolutions and you can limit clients to a specific frame rate.

The camera supports plenty of triggers and can upload images to an FTP server or email them.