No one is especially keen on getting up in the morning, so anything that can make this unfortunately necessary task easier is probably a good thing. That’s exactly what the aXbo Sleep Phase Clock proposes, but with a cost (including delivery) of 217 Euros, approximately £190. Yes, almost £200 for an alarm clock, so it’s got to be seriously special to justify the cost.


While design alone won’t convince, it’s easy to see why the aXbo SPAC (an unfortunate acronym) has won a number of awards in this category. Its gloss white and silver finish, sculpted curves and symmetrical appearance is attractive to the eye and should sit well with modern decor.


This streamlined thinking is extended to the controls, which comprise a handy and easy to use scroll wheel and just two separate buttons for activating alarms and navigating menus. In the middle, meanwhile, is the LCD display. It’s very easy to view in the light or shade and information is displayed in a tidy, logical manner. 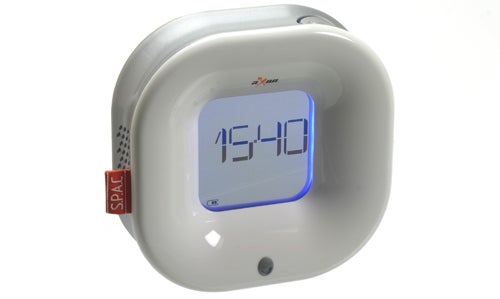 All of which bodes well for the high-tech side of aXbo. You see, to help you feel fresh and ready to go in the morning, it measures your movements during the night and then wakes you at the best time up to 30 minutes before the ‘latest’ alarm time as decided by you. This, says aXbo, is so that you’re only ever woken up at the ideal time for you, not when you’re still in a deep sleep period that will cause you to feel groggy and tired.


How does it do this? In the box, along with the alarm clock, mains adapter and USB cable are two small plastic sensors and wristbands to match. When you go to bed you set your alarm and then activate the sensor, slipping it inside the wristband, which you’ll have to be prepared to wear while you sleep. This measures your movements during the night, which the alarm clock then interprets to work out the sleep phase you are in. You only need wear one of the sensors, though, with the other provided so two people can use it at the same time. 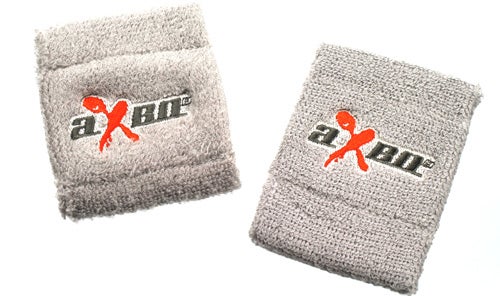 In addition, using the USB cable provided, you can upload your sleep data to your PC and view it using aXbo’s software tool. This can be downloaded from aXbo’s website, which curiously demands that you register and enter your device’s serial number. This particular feature could be really neat, but the software provides absolutely no insight into the data, rendering it somewhat pointless beyond finding out exactly how long you slept – hardly difficult to work out anyway.

In use the aXbo definitely has an impact on how you feel in the morning. Particularly during the initial few days I felt more refreshed than usual, so it does work in that limited aim. However, it’s hard to escape the impression this freshness is more a placebo effect than anything else. Since the alarm clock will wake you up to 30 minutes before your stated time, it interrupts your normal sleep patterns, which alone has a beneficial impact. There’s no snooze button, either, which is a clever way of re-enforcing the need to get up straightaway. If anything the non-constant, variable nature of the aXbo system is its real strength – a 30 minute window just doesn’t seem sufficient to affect real change. 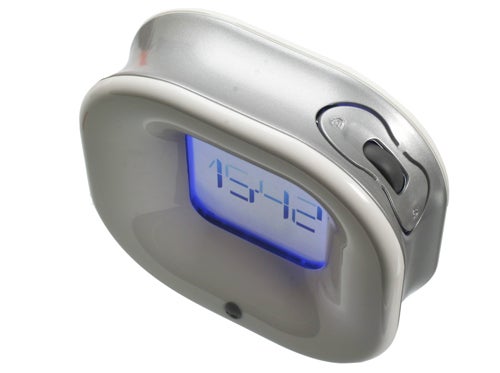 As such, like the software tool, the functions of the alarm clock seem somewhat underdeveloped. Wouldn’t it be great, for instance, if the clock suggested the ideal times to go to sleep (or set your alarm) to get the best night’s sleep? This, as well as other tips and guidance on how to wake up feeling your best, seem like a missed opportunity given the focus of the Sleep Phase Alarm Clock.


Aside from all these technicalities, there are a few other things about the aXbo worth noting. Like most modern alarm clocks it offers a variety of alarm sounds and chimes and relaxing ‘go to sleep’ sounds. Unlike most, though, it can deactivate these sounds when it detects you’ve gone to sleep, so you needn’t set a time limit. 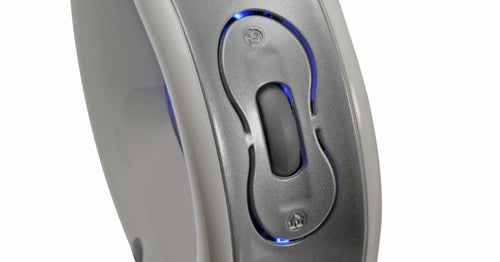 Battery life is also very impressive. On a full charge the aXbo can last up to 10 days, so you’ll never have to worry about power cuts and could take your alarm clock with you on business trips and holidays. It will also charge via USB, which is a useful ability to have when going away.


There’s definitely some promise in the aXbo Sleep Phase Alarm Clock, but not so much as to make it worth close to £200. It’s not a bad gadget; not as bad as the final score might suggest, but it’s far too expensive for what it does.