What is the AVermedia Live Gamer Portable?

Capturing video game footage has steadily become a hugely popular endeavour. Be it with hopes of attaining YouTube fame like infamous names such as PewDiePie and Syndicate, or simply to show boat with your mates about how perfect that last slam was, in Super Smash Bros Wii U.

It’s been somewhat of a tricky effort as of late however, requiring quite a beefy computer to process what you’re playing as you’re playing it, not to mention the crucial capture device that will no doubt leave a stream of wires around your room and a hefty dent in your wallet.

Thankfully, after spending some serious time with the AVerMedia Live Gamer Portable, it seems like all that struggle may be at an end. Yes, it can still record in the traditional way, forming a bridge between your console of choice and television in order to capture straight to your laptop or home computer but it’s also a much more useful tool than that.

With the genius addition of an SD card slot and a PC-Free mode, you can simply hook up the little red box to your console and with the push of a button, begin capturing straight away. No computer necessary.

The new contender may not boast free editing software, but what it does pride itself on, is one of the smoothest experiences out there and has certainly become my go to device for capturing game footage on the fly. 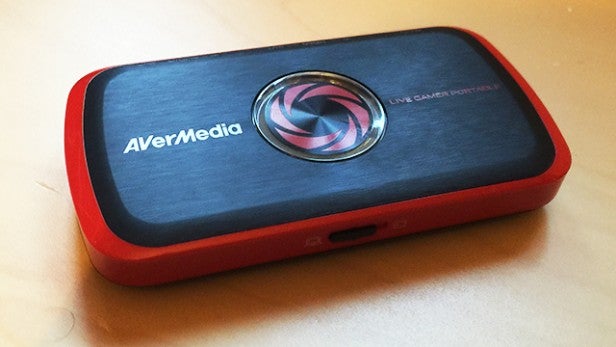 So how does this little box of wonders stack up against its contemporaries in the beauty department? The Live Gamer Portable is a small black and red number that, while coming in at almost double the size of the Elgato HD60, is still smaller than the iPhone 6 Plus and is actually much lighter than both! (roughly 4 ounces to be specific)

On the face, you’ll see nothing but a large, stylish round button that glows to indicate just what it’s up to. Around the sides of the box, you’ll find all your connections which include a component video input, requiring a supplied adapter to use, as well as an HDMI input and output, with selecting PC or PC-Free mode handled by a lonesome switch located on the opposite side of your connections. On each of the more narrow ends, you’ll find a miniUSB port and an SD card slot respectively, completing what looks to be a sleek and rather minimalist device. 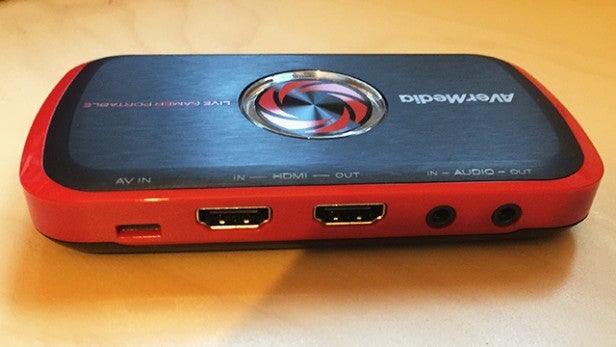 Capture quality is of course one of, if not the most, important details with capture devices. The Live Gamer Portable doesn’t disappoint, but may have hit a stumbling block for some. It captures H.264 video at anywhere up to 1080p at 30 frames per second, meaning you can get some really solid footage. But it’s when you want to push for the ever popular 60 frames per second that you may be left wanting.

Unlike some of the more recent capture cards out there, the Live Gamer Portable can only record up to 720p while focusing on 60fps, while PC-Free mode is also locked at a maximum resolution of 720p.

PC-Free mode stands out as the most unique feature of this little device as it lets you record directly to SD card. After getting to grips with it you’ll realise how easy it is to set up, leaving you ready to go and recording or casting in mere seconds.

Once your SD card is in, plug your miniUSB cable into a power adapter (or your computer/console) connect your HDMI out into the TV and then your video source of choice to its respective port and you’re ready to go. 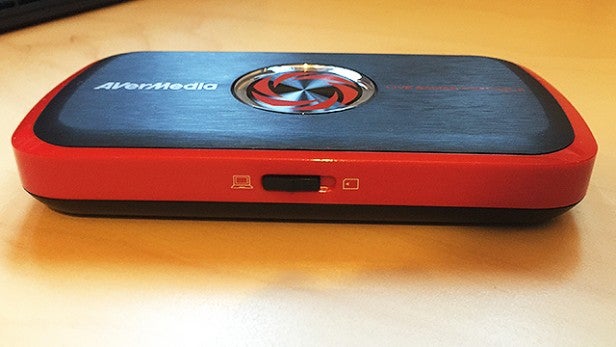 This may seem a small addition but is actually a great idea, turning an originally fiddly set up into one that’s equally as smooth as the standard HDMI system.

Obviously it’s not all about PC-Free recording, as no doubt some of you will be more at home in a stationary environment. No worries though as the Live Gamer Portable can handle that too. First, you’ll need to download AVerMedias RECentral software before you can begin recording or streaming. It’s a fairly robust package that includes voice commentary and an all important TimeShift function that allows you to rewind and start recording from buffered footage.

Unfortunately, you won’t find any video editing capabilities in AVerMedia’s software, which is a bit of a shame considering this is pretty much the norm with competitors software from Roxio and Elgato for example. 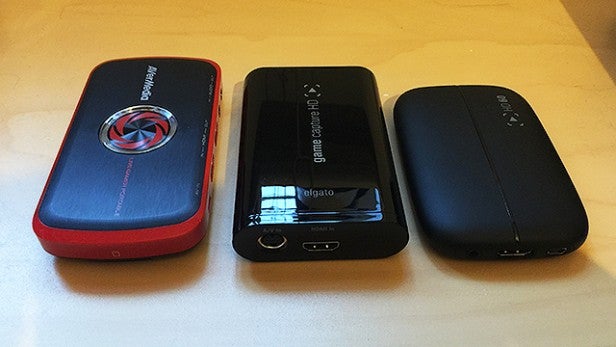 If streaming is more important to you, the Live Gamer Portable comes packaged with a free 3 months subscription to XSplit Broadcaster, a rather impressive program that allows you to add tweaks such as dynamic text and 3D backgrounds to your stream.

Capturing footage was simply a flawless victory for the Live Gamer Portable, doing everything we asked of it with relative ease. Recording footage from the Xbox One, PS4, Wii U and PC was a smooth experience with streaming just as satisfying a time. This device is well suited to almost all your needs. Capturing more retro consoles is unfortunately a no go with a lack of S-Video support, but considering its one button recording and nice design that is really a small complaint.

If you’re after a reliable and easy to use capture card, the AVerMedia Live Gamer Portable is a unique prospect and utter no brainer. It’s one touch recording, free from the constrains of a PC, makes it perfect for those Let’s Plays and quick review footage. Easily one of the best capture cards around, the Live Gamer Portable makes the process quick, easy and fun.