When I wrote the ‘A Student’s Guide to Technology’ article back in July one thing that wasn’t covered was TV Tuners. This wasn’t out of neglect but simply because we hadn’t looked at any TV Tuners for notebooks in a good while and, since we’re not in the practice of recommending things blindly, there was nothing to be said. Until now, that is, since I’m looking at an ExpressCard TV Tuner from AVerMedia. 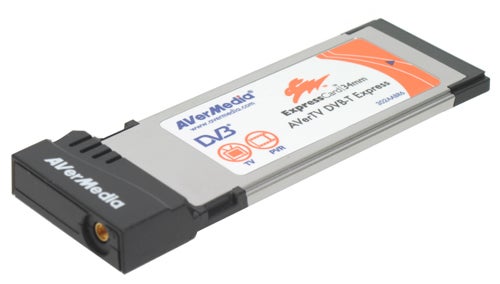 Retailing for just shy of £60, the AVerTV DVB-T Express features a digital tuner and as you might expect has timeshifting and recording capabilities. In the box you get the ExpressCard device itself, which is a 34mm card, a small portable antenna and an adapter for a standard RF connector. An accompanying CD also contains the AVerTV 6 software, though naturally the device is compatible with XP Media Center Edition as well as Vista Media Center.


Installation was surprisingly painless. To test the card I plugged it into a notebook running Vista, and then prayed as it searched for drivers. As many may be able to appreciate Vista driver support can be a patchy affair, but to AVerMedia’s great credit Windows Update searched for, found and successfully installed drivers for the card within minutes. This was certainly a good start, and boded well for the rest of the review. 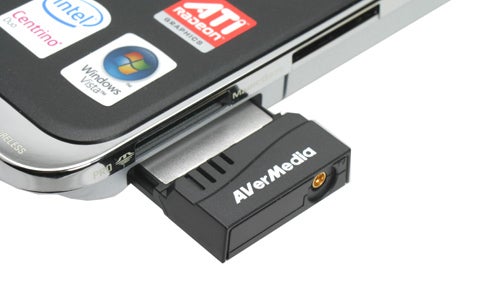 Next was the AVerTV 6 software. Installation was easy enough, and running it under Vista provided no real issues other than the fact it switches to the Basic mode because the program can’t deal with the Aero Glass features. On the face of things it’s a fairly comprehensive piece of software, with support for a 7-day EPG, Picture-in-Picture, Picture-out-of-Picture and the UK Digital Teletext service MHEG-5.


As is common with many of these own brand software solutions though, the interface leaves a lot to be desired. The skinned control panel is right out of dodgy freeware media player territory, with lots of small buttons whose purpose isn’t immediately obvious from the tiny icons. No better is this illustrated than in the 7-day EPG, which although fairly navigable is cramped and rather ugly to behold.

Thankfully, though there’s nothing especially noteworthy about the presentation, ”most” things do at least work. Digital Teletext is a nice touch, though somewhat disappointingly you have to navigate via an external window since it can’t be overlaid as it is on a normal television. However, unlike normal TVs, the service is super quick and navigating using the cursor keys is quick and easy. Unfortunately, the PiP and PoP features were rather less intuitive, and worse still resulted in some dreaded ‘Blue Screen of Death’ crashes. This is a bit of shame; however the player will happily play in an always-on-top-window for those times when you want to watch the football while surfing the Internet or working.


Another feature that was somewhat disappointing was 16 Channel Preview, which displays the next 16 channels and what they’re showing on a full screen grid. Though a nice idea in theory, in practice it took far too long to load the 16 other channels to make it practical or useful.

No such problems were encountered while using the timeshifting or recording functions, be it using the AVerTV software or Media Center. This particular model records, or rather captures, to the MPEG-2 format, which is the same format that Freeview broadcasts are encoded in. It’s not the most efficient codec out there and an hour long program produced a video file just under 2GB in size, however image and audio quality of the recordings and broadcasts themselves were without fault – or at least they weren’t any worse than we’d normally expect from Freeview broadcasts.


It’s also worth noting that some other AVerMedia tuners, including the Express X version that also comes with a remote, can record to h.264 at up to 320 x 240; making them ideal for recording shows to watch later on your iPod or small screened PMP. Regrettably this version doesn’t have any such function, though you could fairly easily re-encode the MPEG-2 recordings to the desired format using any number of the software tools available on the Internet. 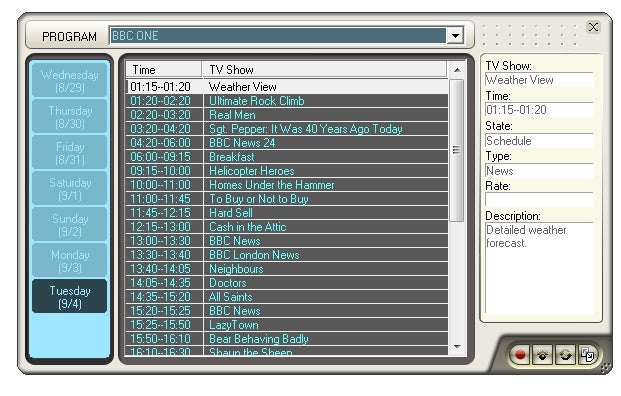 Alternatively there’s also a hybrid version, which provides digital and analogue tuners as part of the package. This may certainly appeal to some, especially if you want to watch TV while recording on another channel, which is something this model evidently can’t do.


Overall, however, this is a capable and reliable ExpressCard based TV tuner. The software may not be perfect but it’s perfectly useable, and you can always use the far more attractive Media Center. Vitally, though the device will get fairly warm during use, there were no problems with quality degradation or crashing due to the device overheating. Consequently, if you’d rather not use a USB solution and don’t have a PC Card slot on your notebook, then this is an excellent choice.


Aside from some software issues this is an excellent ExpressCard based TV Tuner, which fully supports XP Media Center Edition and Vista. Installation is quick and easy, and if ExpressCard is definitely what you’re after then there aren’t too many other places to look right now.