Avast SecureLine is a well-established VPN service but has limited features, endpoints, and platform support, especially compared to its stablemate, HMA VPN.

Following the revelation that user data from some Avast products – not including any of its VPN services – was sold by its now-closed marketing and analysis subsidiary Jumpshot, Avast has upped its game in the transparency stakes with a regularly updated transparency report and warrant canary.

SecureLine keeps connection logs but doesn’t track user activity while connected – and has a limited but useful selection of endpoint locations. It uses the same backend network as AVG Secure VPN, which is also owned and run by Avast.

The five-device subscription costs £47.88/$47.88 per year, £71.76/$71.76 for two years, £107.64/$107.64 everything three years. Although those prices have dropped slightly since my last review of SecureLine, it really is expensive compared to aggressively priced rivals like Windscribe and Surfshark, both of which have a lot more features.

A monthly subscription is available at £6.99/$8.99 per month, while a free seven-day trial is also available without registration, so you can see if SecureLine meets your needs before you pay for it. This is also very handy if you need to get a new computer connected to the internet with a bit of extra security and have no time to faff around with subscriptions. AVG Secure VPN is also owned by Avast, uses the same backend infrastructure and costs the same for UK/US users.

SecureLine’s standalone client is attractive and reasonably simple to use. Buttons on the front page allowed me to enable it and select an endpoint location from among 34 countries, including options for streaming video and P2P traffic.

You’ll have to go digging if you want to configure anything else, via the menu and then settings. Here, you can configure conditions under which the VPN will either automatically connect or prompt you to connect, enable a kill switch to prevent data leakage if the VPN disconnects unexpectedly, and enable access to devices on your local network.

Clients are available for Windows, macOS, Android and iOS, but no connection instructions are provided for other operating systems or embedded systems such as NAS devices and routers, even though Avast uses the broadly supported OpenVPN protocol.

SecureLine is also available as an optional upgrade to Avast Antivirus, with the same features and an integrated interface. 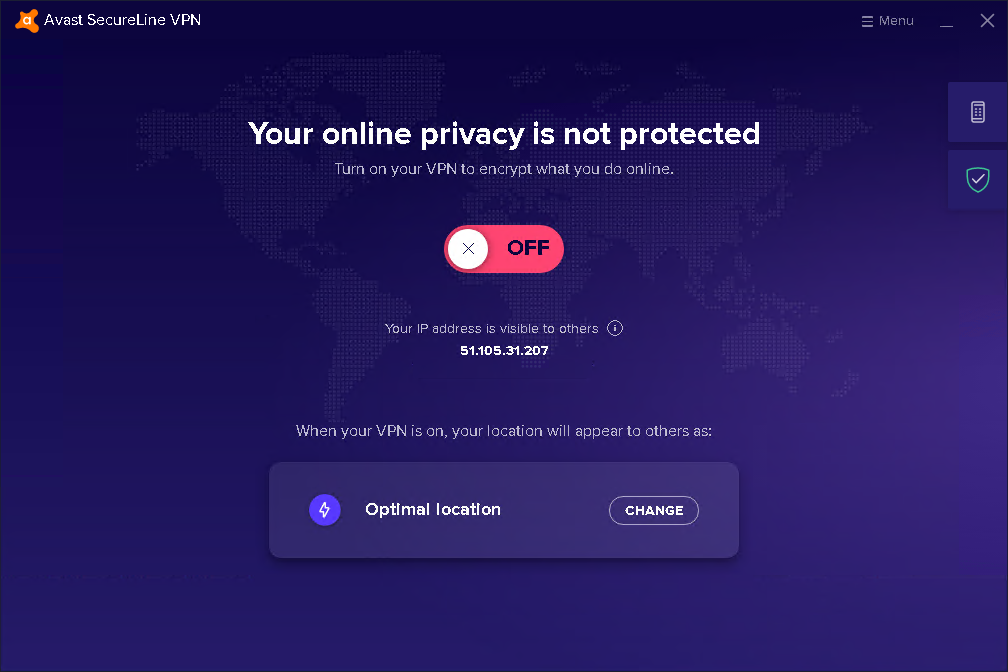 All testing was carried out on a virtual desktop physically located at a data centre in London with a high-speed internet connection. This testing setup produces results under optimal connection conditions. VPN clients are tested on their default settings.

Avast’s speed test performance came in below average in every one of the locations I test, but only the US endpoint was slow enough to really have much impact on day-to-day use, and even then, 30Mbps is okay for watching HD videos, for example.

Avast has introduced some streaming video servers in the UK, US and Germany, which mean that, if you’re in one of those countries, you’re more likely to be able to watch local streaming services without having to disconnect from your VPN.

Should you buy Avast SecureLine?

Avast is headquartered in the Czech Republic and has a clear logging policy across its VPN service, which explicitly states that, although network performance and connection logs are retained, it does not log activity “such as the websites you visit, what data is transferred, and which IP addresses are accessed.”

Avast SecureLine’s performance is adequate for undemanding users, but its relatively high cost and unremarkable performance make it a poor choice when compared to more capable rivals, including Avast’s own HMA VPN. If you’re after security without having to deploy your own endpoints, ExpressVPN is my current favourite, while and NordVPN and Surfshark are both faster and cost less. Check out our Best VPN list for more options.