The Aria Pro are solid budget-priced headphones, but they aren’t without a few issues. While they sound better than some of their affordable rivals, ANC performance is weak, colouring the sound. AptX-HD is a surprise inclusion on a model at this price, but the Aria Pro don’t quite have the sonic capabilities to take advantage of it.

Not everyone has the budget to splash on a Sony XM4 or B&W PX7, but nor should anyone have to labour with average sounding headphones.

There ought to be a common ground where price and performance meet, for those who don’t need the best specs but like to listen to their music at a decent level of quality.

It is at that intersection that you’ll find the Avantree Aria Pro. Avantree is a brand with a focus on audio products for the home, car and work, and the Aria Pro over-ears are the latest in its affordable range of headphones.

With active noise cancellation and claims of superior high-definition sound quality, do the Aria Pro’s performance justify those claims?

Avantree Aria Pro design – Functional-looking, but gets the job done

There isn’t much to say about the look of the Aria Pro. Dressed in black with some grey/silver trims to break up the solid colour, they have a rather anonymous look.

However, despite the plastic feel to the build, the Aria Pro are functional rather than cheap and flimsy. The soft protein padding on the ear cups is satisfactory, and comfort levels are pretty decent all round, even over extended listening sessions. For travel, they can be folded up, or you can place them in the accompanying hard carry case. 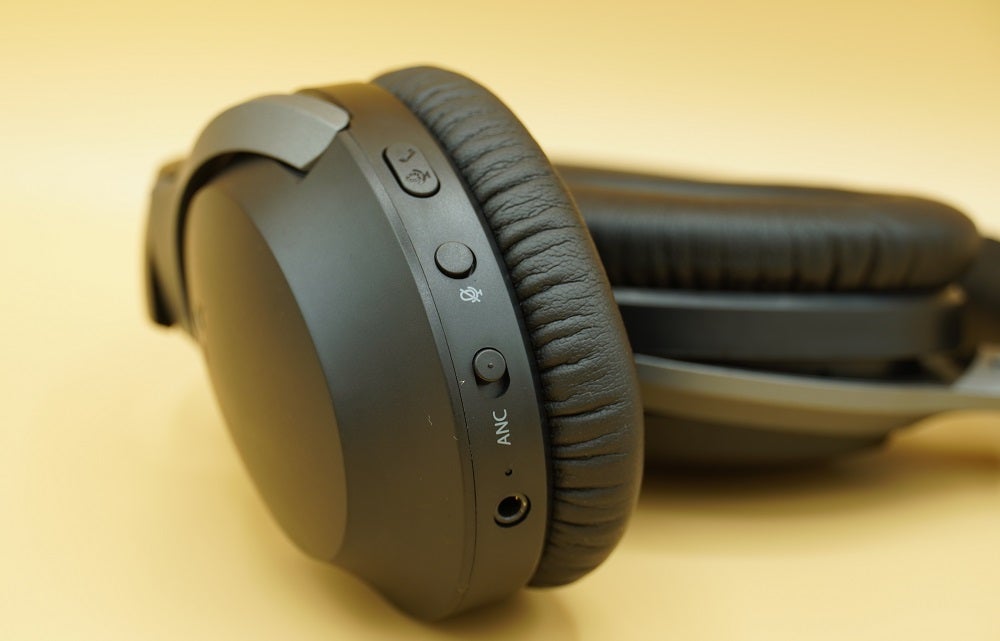 There are no touch panels, so physical buttons are the order of the day. There are sliders for power, Bluetooth pairing and ANC, with the right ear cup home to a standard USB connection for charging, alongside playback and volume buttons. The volume buttons are raised just enough to distinguish the difference over others; and the rest are easy to find and responsive to presses. 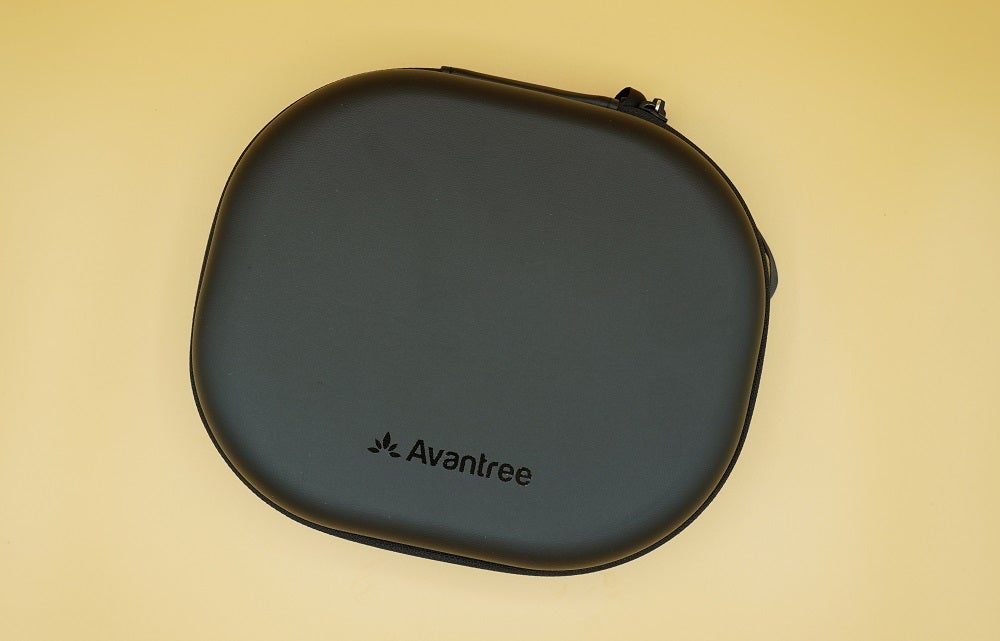 The left ear cup is home to a mute button, a button for handling calls, and a 3.5mm aux input. The jack can also be used to attach a boom mic (included in the carry case), which itself has a mute button on its end and presents added value for using the headphones in a work capacity.

While they may not be much to look at, in terms of covering the basics of comfort and operation, the Aria Pro don’t put a step wrong. 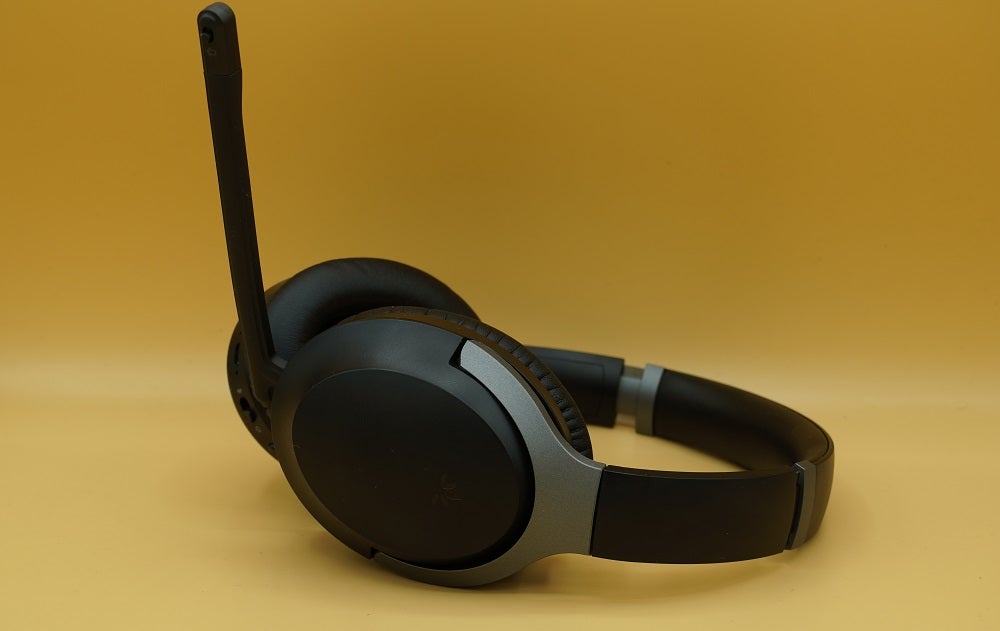 The obvious highlight is active noise cancellation. However, it comes with caveats, and at this price you shouldn’t be expecting the hoovering up of noise displayed in more expensive efforts.

Noise-cancelling performance is light, obscuring sounds without really suppressing them. Walking through a Tesco superstore, I could still hear what was going on around me. The noise-cancelling effect was more akin to being submerged underwater: noises were obscured, but you could still make out other people’s voices and loud noises. 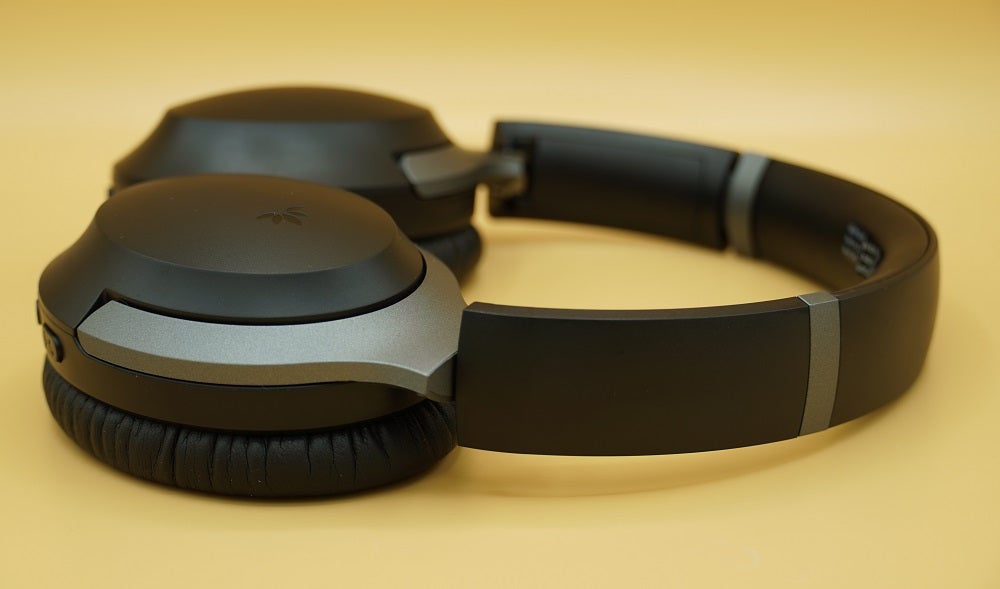 Another drawback is that switching on ANC affects the audio performance, with music sounding distant and thicker. The soundstage comes across squashed, with the timbre of Dave Grohl’s vocals in The Pretender hampered. The ANC is touted as a selling point, but its performance isn’t as adept as you’d experience on a pair of headphones such as the TaoTronics SoundSurge 55. 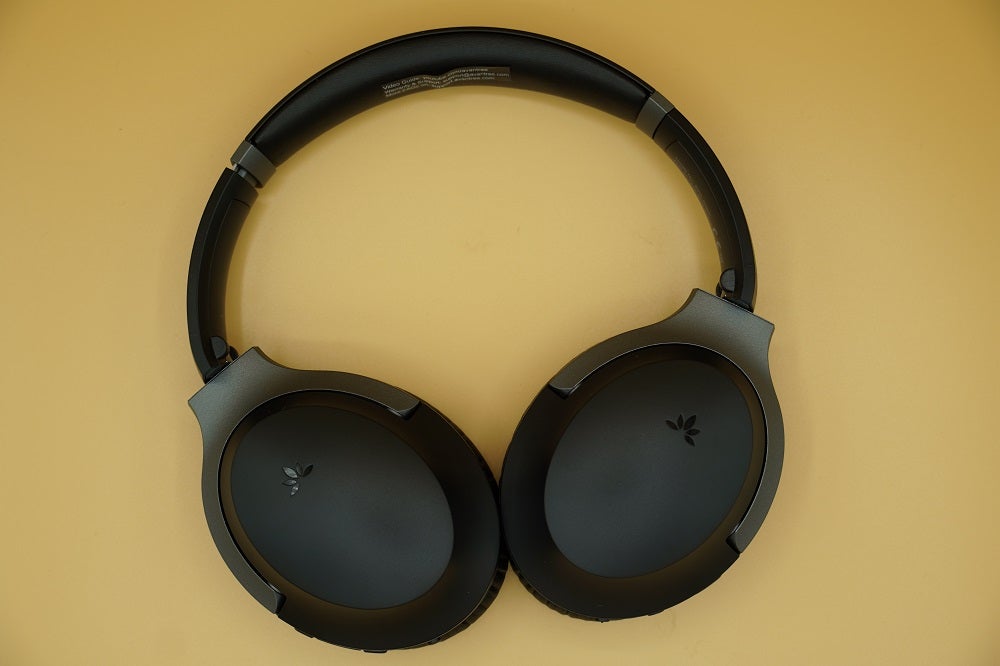 More positive is that, for a pair of over-ears priced south of £100, the Aria Pro support a hefty number of wireless codecs. There’s no AAC, but there’s SBC, aptX, aptX-HD, aptX-LL and FS – not that I’ve encountered the latter. Seeing aptX-HD on that list is a bit of a surprise, and its inclusion means the Aria Pro support 24-bit/48kHz (lossy) playback, although unsurprisingly the headphones don’t bear any Hi-Res Audio certification.

Bluetooth 5.0 is supported, and the Aria Pro can connect to two mobile devices at once. Battery life is 24 hours, dropping to 15 with ANC – which is half as much as the TaoTronics SoundSurge 55. Charging to full takes two hours.

Despite the somewhat lacklustre ANC performance, the value on offer with the Aria Pro is better than expected.

When it comes to audio, the Aria Pro prove to be decent performers. Of the recent budget-priced headphones we’ve tested, these are some of the better-sounding models we’ve come across.

Tonally, the performance is neutral, neither warm nor expressly bright in terms of how it goes about its business. A listen to Kronos Unveiled from Michael Giacchino’s The Incredibles and first impressions are good, with the recording coming across clear and detail levels decent. 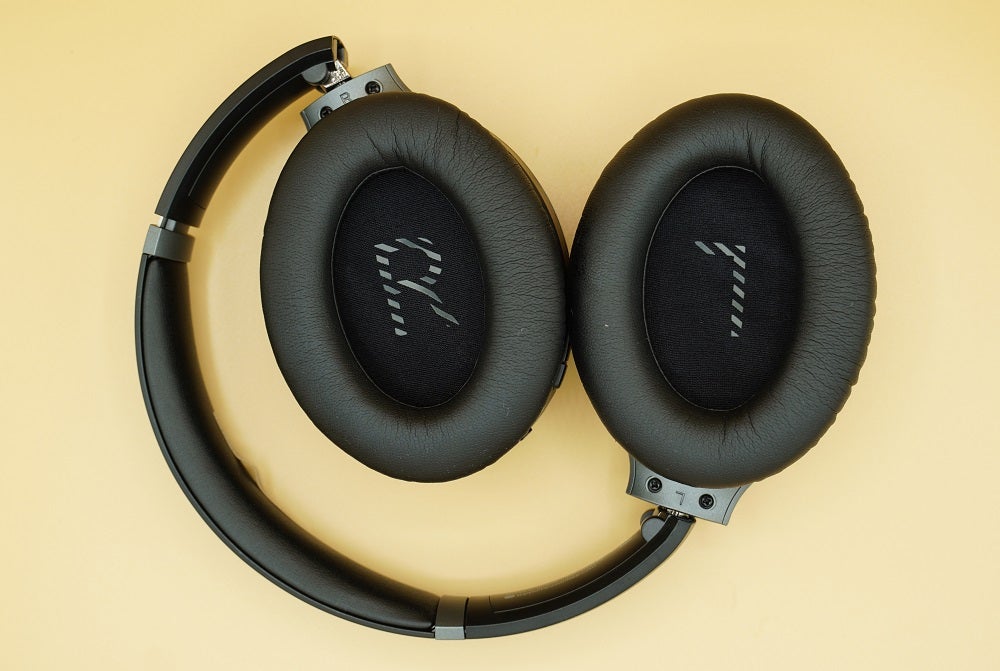 However, you don’t get much of a sense of the individual details, of instruments existing within their own space. The soundstage has a flat feeling to it, with sounds existing on the same plane; there’s isn’t much depth.

Dynamically, they’re also a little flat. They’re loud, for sure, but with the Aria Pro there’s no sense of subtlety to the flow from quiet to loud, of which more expensive headphones are capable.

Compared to similarly priced headphones such as the TaoTronics SoundSurge 55, though, they inject more life into their sound. There’s more energy and more detail to be found with the Aria Pro – and, overall, the audio displays more character. 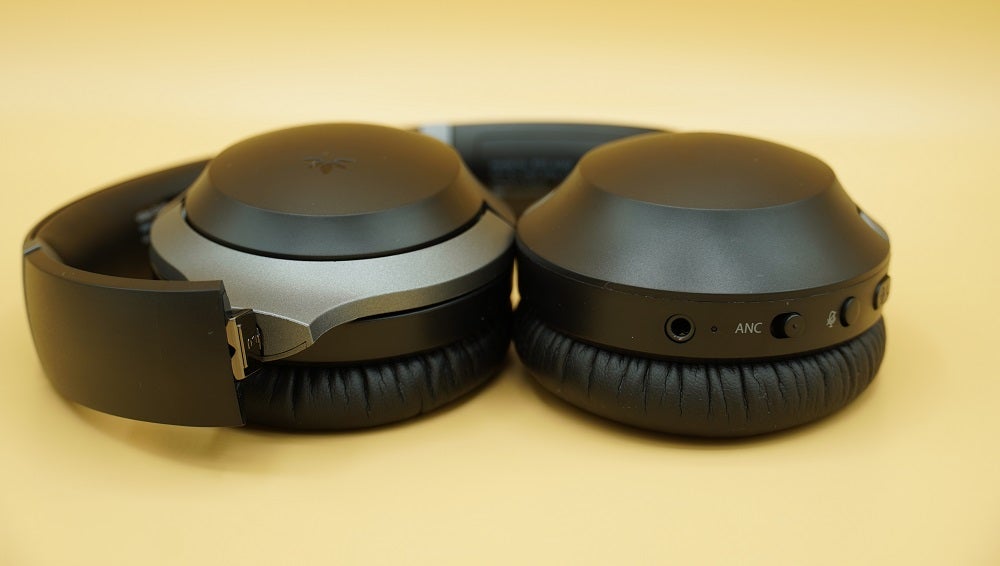 Vocals are handled fairly well, but the flatness of the soundstage often means clarity of what’s been said is lost in busier tracks. Bass can hit with a thump, but it can also be chunky in places, although treble frequencies are fairly distinct and relaxed in how they’re expressed.

The mid-range, however, sounds distant and indistinguishable, if a listen to Tom Morello’s cover of Voodoo Child is any indication. In some areas, the Aria Pro lack fidelity to really make the most of their aptX-HD badge.

Should you buy the Avantree Aria Pro?

This review opened with the challenge of a headphone that’s affordable and sounds good, and the Aria Pro makes a decent fist of rising to it. These headphones sound entertaining, but aren’t without flaws: the noise-cancelling performance colours the sound in a way that makes ANC rather redundant.

However, if you’re a price-conscious buyer looking for good sound on a budget, then the Avantree Aria Pro are a pair of affordable headphones worth considering.