The Audiolab M-DAC Nano is a compact digital-to-analogue converter aimed at improving the sound of your portable music.

Considering the number of folk who listen to much of their music on the go, the options out there for improving the way it sounds aren’t exactly plentiful – especially if you don’t want to be forking out for a separate device or messing around with adapters.

Enter the M-DAC Nano – the smallest device in the M-DAC family and one of the most compact, lightest DACs we’ve ever tested. But it isn’t only its size and weight  that earns it bragging rights. It also connects to your device using aptX Bluetooth 4.2, meaning your source is left completely wire-free.

If that leaves you concerned about sound quality – don’t be. What this dinky DAC manages to do with your music is nothing short of outstanding.

For everything it offers, it’s amazing that the M-DAC Nano is the size it is. Measuring just 44 x 44 x 14mm, it’s a smaller-than-palm sized device. Plus, weighing only 28g means it can take a ride in your pocket or bag almost undetected. It doesn’t feel like the most premium device in the world, but it certainly has its priorities right.

Things are kept relatively clean and simple on the design front, too, with just a 3.5mm jack for connecting your headphones, a rotary cog for controlling volume on the top left-hand edge, and a function button (labelled “f”) that carries out a number of tasks. It switches the unit on; it puts it into pairing mode with a long hold, and switches on its excellent upsampling mode (more on that shortly).

There’s no charging port because this is done via the included wireless charging mat. It takes around two hours to recharge the device from flat. You’ll get around eight hours of battery life with upsampling off. Having the feature on will reduce the battery length by about 30% according to Audiolab, and I found that about right. Expect something around the 5-6 hour mark if you have it on all the time.

The built-in wireless functionality frees your source from needing to have a physical connection with the Nano, and also solves the dilemma for those of us with much-loved wired headphones when smartphones with headphone jacks are now very much few and far between.

There’s even a faux leather pouch and clip for attaching it to clothes or bags to keep it easily accessible for volume control.

Under the hood of the M-DAC Nano is a suitably low-power DAC chip, the Cirrus Logic CS431430, which does an excellent job of delivering a top performance while also being kind on battery life.

That’s quite a balancing act considering it can upsample any signal to 32-bit/384kHz at the press of a button. It’s switched off by default, but a push of the ‘f’ button will turn it on, with a turquoise LED instead of blue to show you that upsampling is taking place. Other benefits of listening to your music via the Nano include the 64-position volume control, which gives 0.5dB adjustments with every click and offers much greater control over volume than your phone will allow.

There’s also a built-in microphone to allow you to take calls via the Nano, plus the ability to use voice assistants while you have your headphones on.

It’s a bit of a shame that aptX HD isn’t supported here, though, and that the lower power Bluetooth 5.0 isn’t either. However, in use you’ll likely find that you won’t miss either of them.

What the M-DAC Nano is capable of, especially over Bluetooth, is nothing short of superb. It absolutely blew my expectations of what it would be capable of out of the water. I used it with both my iPhone 11 Pro and MacBook Pro – both of which default to the AAC codec instead of aptX – and the difference between listening to music directly and via the M-DAC Nano was instantly apparent.

It’s almost like having the dust swept off your favourite music. Everything immediately sounded more detailed, and with greater refinement to boot. There’s more space to play, too – as if your music has been given some room to stretch its legs.

That means Solange’s airy vocals on Binz hang effortlessly in a soundstage that’s all of a sudden more open, and dynamics respond appropriately too. The difference between loud and soft and the movement between the two is more explicit, offering a more engaging, insightful performance that’s driven forward with renewed enthusiasm. 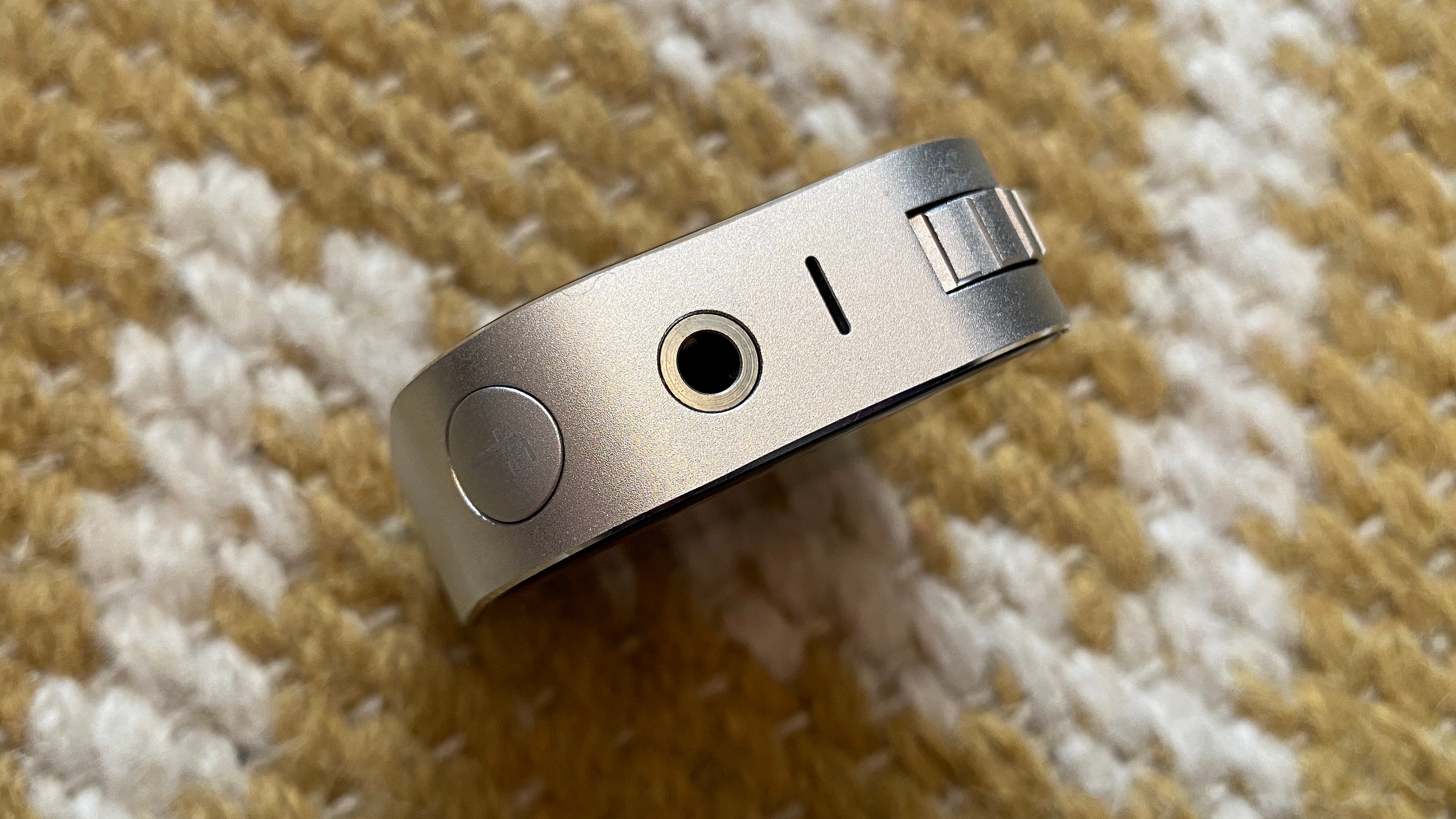 It doesn’t ever lose its footing in that eagerness either, keeping a firm grip on the various instrumental strands of the ever-excellent Dream is Collapsing by Hans Zimmer just as well as it does with Billie Eilish’s Bad Guy.

Want to listen to something more brooding? The Nano is at ease slowing things down, too, giving Bright Horses by Nick Cave & The Bad Seeds the consideration it requires to wring every bit of emotion from Cave’s vocal.

It doesn’t take audiophile-grade ears to notice the difference, either. You’ll hear the Nano’s effects across the board, with a tighter, punchier bass balanced out by a treble that has a hint of added sparkle.

It’s a confident presentation and one that’s just overall more interesting to listen to with the Nano involved.

Switch on the upsampling and all of the above just becomes more explicit, driving our headphones louder with a bolder performance that displays with even more solidity. It’s hard to want to listen to your music in any other way once you’ve used the feature, though, so be prepared for that extra sap on battery life.

You should buy the M-DAC Nano if…

Simply put, it’s the most talented DAC of its type that we’ve tested, and pips devices such as the Dragonfly Red thanks to its ability to work with any device with minimum fuss. Due to its USB design, the Dragonfly requires an adapter for use with a phone, plus it will drain your phone’s battery quicker since it has no charge of its own.

listen to a lot of music on the go and are open to the idea of spending £150 to make the experience a better one, there’s no doubt the M-DAC Nano will do exactly that – all while giving you back the flexibility of a 3.5mm headphone jack that so many phones have taken away.

You shouldn’t buy the M-DAC Nano if…

8 hours battery will be fine for many, but to get the best performance means the Nano’s endurance shrinks by a couple of hours. That slightly reduces its scope in terms of portability.