What are the Audiofly AF100W?

The Audiofly AF100W are wireless earphones with a slightly different style to most of their rivals. Instead of using a neckband, they sport only a slim cable.

It’s a low-weight approach, and it’s paired with warm and lush sound. However, that sound is a little tubby in parts and battery life is poor. 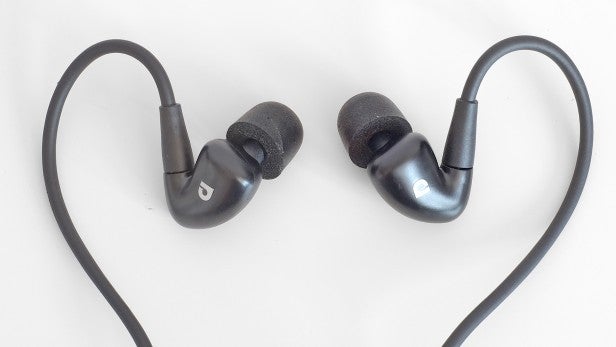 Most wireless earphones that don’t subscribe to the new ideal of getting rid of all cabling use a neckband. This is usually a flexible but shape-holding piece of plastic that runs around the back of your neck. It’s a handy place to store the battery, DAC and other bits that any wireless headphone needs.

The Audiofly AF100W don’t feature such a neckband. A pretty standard bit of earphone cabling runs around the back of your neck, with a little fastener that lets you tailor the cable’s length. 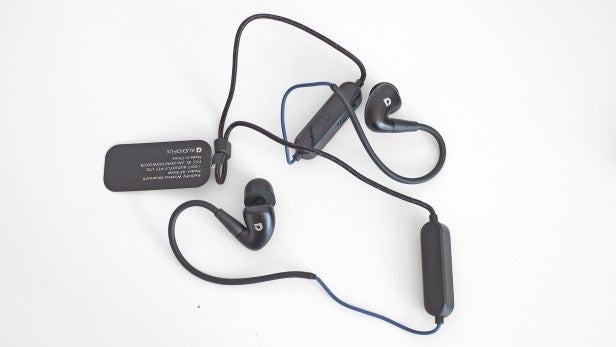 The earphones’ battery and electronics are housed in a pair of plastic bricks that sit along this cable. They’re light, and one features a three-button remote that lets you change volume and tracks on your phone – although I find the Audiofly AF100W don’t make these buttons as convenient to reach as some.

Like most little inconveniences, you’ll get used to it. Battery life is a more significant concern. The Audiofly AF100W last for up to five hours, which is only as good as the Apple AirPods.

The norm for higher-price wireless earphones is around 8-10 hours, and as such, with the AF100Ws you’ll have to be far more mindful of when you last charged. 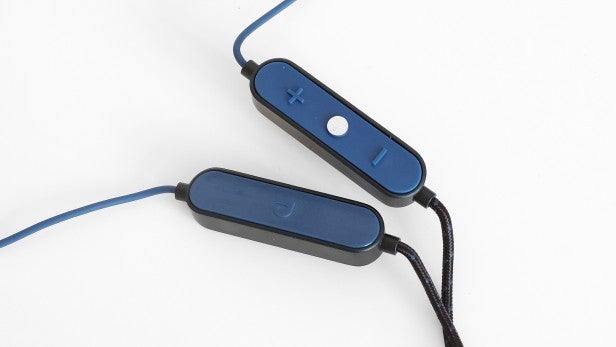 The longer I look at the AF100Ws, the more it becomes apparent that Audiofly could have better transformed the original AF100 into this wireless pair. After all, don’t those sweeping earpieces look a lot classier than the controller blobs to which they’re attached?

Like other Audiofly headphones, the AF100W use flexible hooks that rest over your ears. This is crucial for making the skimpy neck-cable style work, as the earpieces sit pretty firmly in your ears.

In addition, a wide range of tips are included in the box. As well as a great pair of Comply foam tips, you get single and triple-flanged accessories in various sizes. These are bundled along with a semi-hard carry case. At first the case’s shiny finish just seems a little cheap, but it’s actually water resistant. 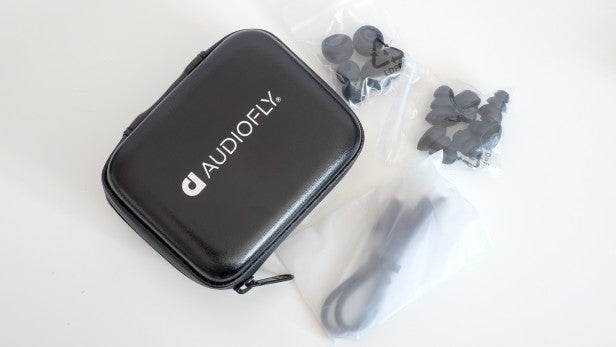 Unlike the Sennheiser Momentum In-ear Wireless, the Audiofly AF100Ws are clearly primed for exercise. The earphones themselves are rated at IPX4, meaning they’ll be able to handle some water splashes – but they aren’t designed to be rinsed or submerged in water. I can see no problem with giving the fabric coating of the neck cable a wash under a tap, though.

The AF100Ws use a Bluetooth 4.1 chip, and it’s a perfectly good one. While there’s no iPhone-specific chip, as seen in the Beats X, pairing is easy and signal reliability is decent. I experienced minimal interference.

These earphones also support aptX, which streams using a higher-bandwidth signal when used with a phone or tablet that also supports aptX. 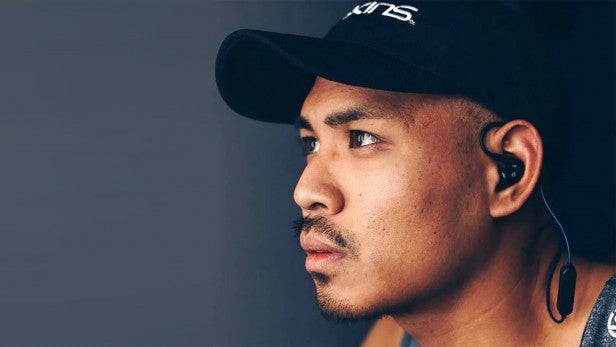 The Audiofly AF100W have several of the same sound characteristics I’ve heard in previous Audiofly earphones. These earphones are smooth and rich, a milk chocolate tone that may appeal to those who – for example – like vinyl for its warm style.

Switching between these earphones and the Sennheiser Momentum In-ear Wireless, this pair has a smooth tone that seems almost anti-digital in its ambitions. The soundstage is reasonably wide, too.

There’s definite character here. Audiofly doesn’t appear to have just plugged in an off-the-shelf driver and hoped for the best. For those interested in the tech, the Audiofly AF100W use a dual-membrane micro-driver. 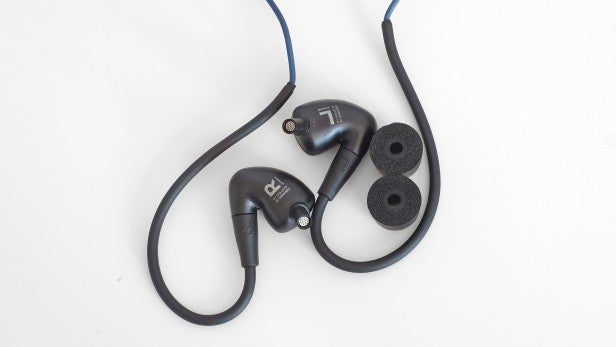 There are gnawing issues, however. The Audiofly AF100Ws’ low mids and upper bass aren’t particularly refined nor clear, sounding bulked-up; this gives the sound an overly warm sensibility. This clogs up the sound, filling in the spaces between instruments and reducing the transparency of the sound.

You’ll hear this in effect with busier mixes, which end up sounding confused, as if the Audiofly AF100W is stumbling over them.

These earphones also aren’t masters of treble clarity. While not outright veiled, the top end may seem a little too smoothed-off if you like your tunes with a bit of bite. 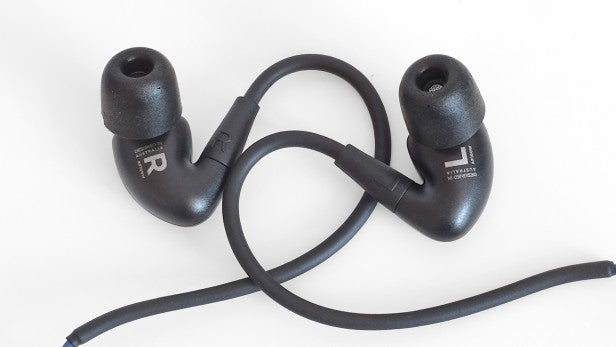 Should I buy the Audiofly AF100W?

The Audiofly AF100W are a slightly different kind of wireless earphone. They throw out the traditional neckband, using the earpieces to keep the fit steady, and aim for warmth rather than piercing detail or slamming bass.

Day-to-day, though, the relatively poor battery life becomes annoying – and while there’s a lot to like about the sound, it just isn’t as clear or nimble as the best in this class.

Smooth-sounding wireless earphones that fall behind in the areas of clarity of sound and battery life.