What are the Audio-Technica ATH-W1000Z?

The Audio-Technica ATH-W1000Z are large headphones, designed for use while you’re at home relaxing, perhaps watching a film or listening to some music.

With a design very, very similar to the ATH-W1000X I reviewed years ago, it’s clear Audio-Technica hasn’t been swayed by headphone design trends of recent times. Aside from plastering a Hi-Res logo on the box, of course.

Instead, Audio-Technica is proud of this Maestro-series heritage, keen to state this is the eleventh version of these £600 headphones, as if it’s some kind of venerable family that deserves having hats doffed to. It kind of is, though – at least if you’re after a closed-back headphone.

If you live in a quiet enough home and sound leakage isn’t an issue, I’d always suggest an open-back alternative. Audio-Technica makes its own too, in the ATH-AD1000X. But for a closed-back set, these are great. 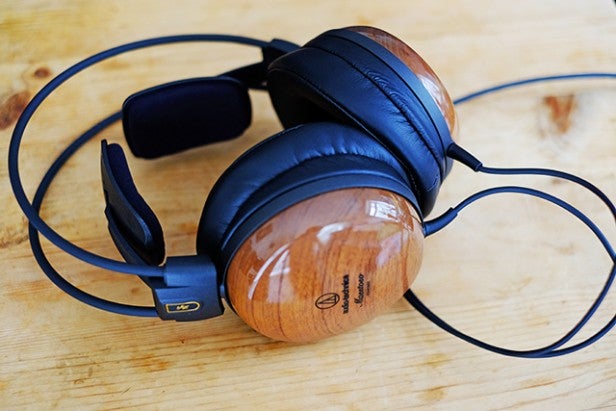 Where lots of audio companies seem to be trying desperately to come up with something new – Sennheiser and the ‘variable bass’ HD 630VB is a good example – Audio-Technica seems perfectly happy with where the Maestro series is. Upon first opening up the box for the Audio-Technica ATH-W1000Z, I got that strange sense of déjà vu, that perhaps I’d already reviewed this pair and had forgotten about it.

The truth was simpler: they are very similar to the previous ATH-W1000X, I reviewed years ago.

They have real wood caps on the cups, and a headband that rises far off your head, as if it’s trying to pick up radio signals. As these are closed headphones, you could in theory wear them outside. But you wouldn’t want to.

Even wearing them in an office might be a stretch. They’re as bold as headphones come, especially now that their design seems to come from another time. 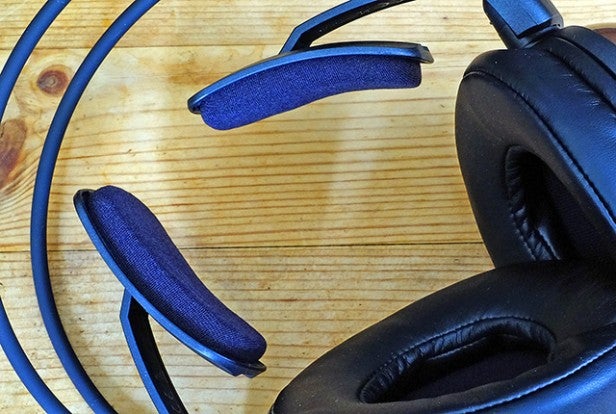 The way the Audio-Technica ATH-W1000Z stay on your head is unusual too. Rather than using a traditional headband, spring-loaded pads rest on each side of the top of your head, keeping them up.

They are foam cushions that press lightly onto the sides of your head. At first it feels a little odd, as though the Audio-Technica ATH-W1000Z might start slipping down, but I’ve worn them for hours at a time and they’ve stayed in place.

It’s a funny-looking design, but it works, creating a less obvious pressure point on your head than the rival AKG Q701. The feel is plush and soft, but aside from the lovely-looking teak grain on the cups, most of the rest of these headphones doesn’t look too flashy. There’s quite a lot of plastic used, and the leather on the pads is synthetic. This fake leather does feel great, though, and lacks the “I’m wearing an animal on my head” aspect, which is nice. 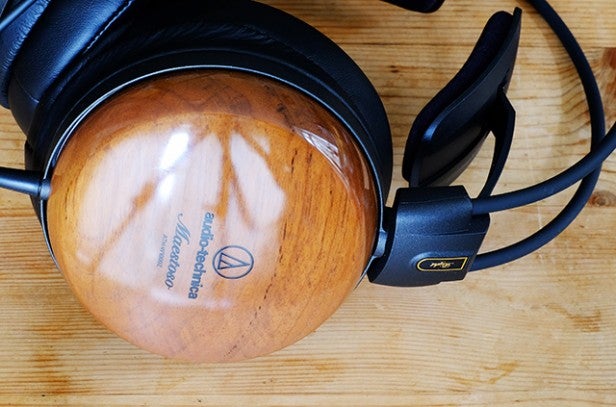 The ATH-W1000Z frame is magnesium alloy, but all you really need to know about this is that it’s tough and light.

These are headphones for old-school headphone fans, rather than those looking for streetwear. After all, as well as not having remotely the right look for the pavement, their isolation is still fairly poor and they leak sound a bit too.

They also have a 3m non-removable cable that ends in a large 6.3mm jack. They’re meant for use with a headphone amp or hi-fi equipment, not an iPhone. Audio-Technica couldn’t make this clearer: they’re for use at home. Or in the office, at a stretch.

The difficulty the Audio-Technica ATH-W1000Z face is that they are naturally going to be compared to open-backed rivals. It’s not easy to make a closed-back set sound quite as good as an open-back one at the same price – but these get close.

They have a very large, clear soundstage, sounding as big, if not bigger than, a lot of open-back headphones. Most importantly, they’re going to sound larger than the planar magnetic headphones I’ve heard to date, such as the Oppo PM-3. The sound doesn’t just extend outwards, but upwards too. 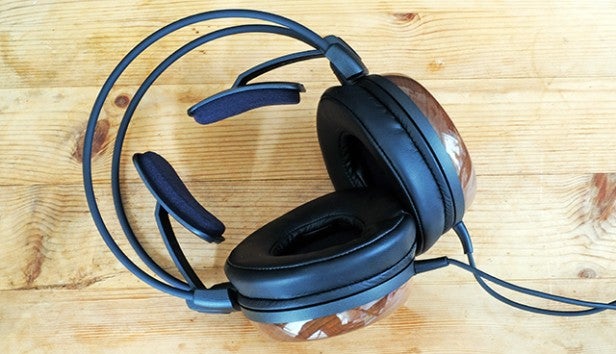 Listening to the Audio-Technica ATH-W1000Z next to the AKG Q701, though, there is still that slight sense of constraint, a definite end to the soundstage that the best open-back sets don’t have. Some people identify this as ‘airiness’ in open pairs. These sound big, but not entirely airy.

Some aspects of the sound play into this too. The Audio-Technica ATH-W1000Z have a little extra mid-bass, which gives them a smoother, richer sound but also reduces the clarity of separation and that mid-bass can sound like a separate element in male vocals. I’ll admit, I only noticed this occasionally.

All this really means is that the Audio-Technica ATH-W1000Z sound like luxury headphones made for high-end enjoyment rather than super-analytical listening. Because they do sound excellent despite these apparent criticisms.

The treble is clear and detailed, and has a softened-off extreme edge to avoid harshness. Once again, they’re all about enjoyment.

As with the old ATH-W1000X, I’m impressed by the bass too. It offers cloud-pleasing clout without ruining their audiophile cred. It’s more of a tonal imbalance than in the more neutral AKG Q701, but for all their wood-cupped seriousness, these headphones are ultimately about good times with music rather than ultra-clinical accuracy.

Contrary to what you might expect from their heritage look, they have bags of energy. 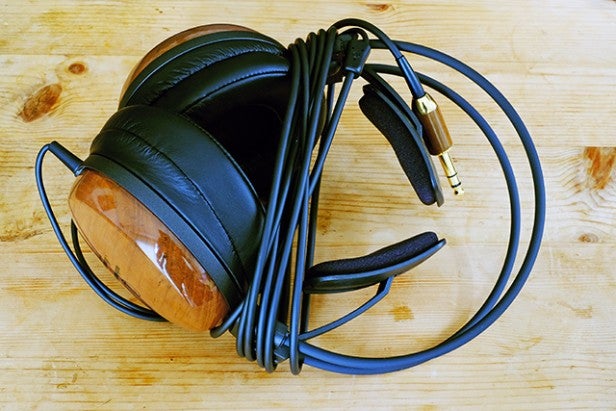 Should I buy the Audio-Technica ATH-W1000Z?

The Audio-Technica ATH-W1000Z are not the sort of headphones I tend to leap to recommend, and that’s no value judgement on their sound quality. Closed-back headphones are for the outdoors, but why not buy open-back ones for indoors?

Back in the real world, of course, not everyone has a detached house that’s quiet all of the time. I don’t.

These are among the best closed-back headphones, getting you open-back-style scale and a tone that balances pure enjoyment and fidelity well. The soundstage’s definite borders mean they’re not the very best-sounding headphones at the price. But they are top performers regardless.

A great pair for people who want a touch of luxury in their indoors headphones.