What is the Audio Technica ATH-PG1?

The Audio Technica ATH-PG1 is a mid-range wired gaming headset designed for PC, PS4 and mobile. It doesn’t look like a traditional gaming headset. Instead of the gaudy colour scheme, huge logos and obtrusive buttons that adorn most gaming headsets, the ATH-PG1 is relatively understated. In fact, with its black colouring, hinged earcup design and thick headband, it looks much more like a pair of headphones a DJ might wear.

This great design also extends beyond the ATH-PG1’s looks thanks to a swappable cable design. If you’re on-the-go, there’s a cable with an in-line microphone and remote control, allowing you to control your music and take calls without pulling your phone out. If you’re gaming, another cable connects to your console or computer, and features a boom mic so you can chat to people online.

Sadly, the ATH-PG1 disappoints in terms of audio quality, with bass levels that never really create the impact required for most games, movies and music. And while they go loud, they become more tinny the louder you go. They don’t sound bad, but at £159, we definitely expect better. The result is a gaming headset that we love the look of, but not the sound of. 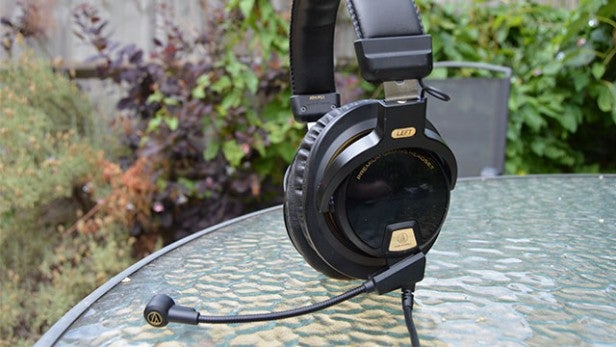 These days, gaming headsets attempt to do everything. Chances are they’ll work with your PC and games consoles, but they’re also intended to be used out-and-about as well. The problem is, most gaming headsets are gaudy monstrosities that are fine when you’re on the sofa where no-one can see you, but you wouldn’t be seen dead wearing them on the bus.

The Audio Technica ATH-PG1 is different. Its black-and-gold colour scheme is classy. It isn’t covered in buttons to activate features you’ll never use. In fact, if it didn’t say “Premium Gaming Headset” on each of the earcups, you might not realise it was a gaming headset at all. Overall, it’s much closer to Sony’s DJ line of headphones than something you’d see from gaming headset specialist Turtle Beach. As a result, we’d have no qualms about taking the Audio Technica ATH-PG1 on the tube or using at a desk in an office.

As well as looking great, the ATH-PG1 is smart when it comes to functionality. Two different cables plug into the left earcup on the headset. The mobile cable is thin and light and therefore great for portable use, and has a small in-line controller. This controller has a sliding volume control and a single button. On iOS, one click of the button plays and pauses music, while two clicks skips the track, and three clicks goes backwards. There’s also a built-in microphone, so you can answer calls while your phone stays in your pocket. It all works really well. 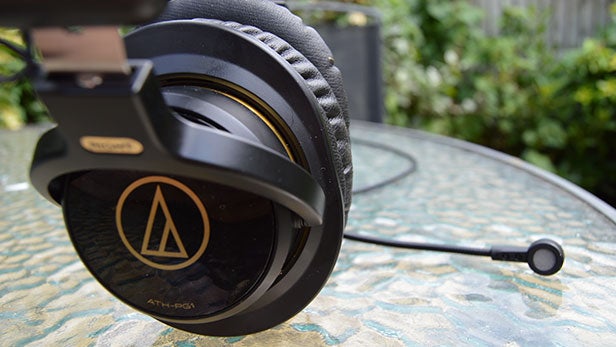 If you’re gaming, a different cable is used. At the top of this cable (where it connects to the headset) is a bendable boom mic for voice chat. The in-line controller on this cable is a little bigger, and features a button to mute the mic, as well as a knob for volume. If you’re gaming on PS4 then you can plug straight into the DualShock 4 controller. If you’re on PC and you have a dedicated sound card or one built into your motherboard, then a second cable adaptor allows you to plug into that. On Xbox One, you’ll need the Headset Adapter, or one of Microsoft’s new controllers that ditches the proprietary connector. We liked that the mobile and PS4 leads were kept short at 1.2m, but that the PC cable was 2m long — a smart choice for those who have their computer a long way from their monitor.

The ATH-PG1 is a comfortable, if not particularly luxurious headset. At 245g (without the cables), it’s lightweight and comfortable for long gaming sessions, although we found the big earcups caused us to sweat a little bit in warm weather. Despite being light, they feel robust enough to throw into a backpack without the need for a case. We particularly liked the headband, which will comfortably fit a wide range of head sizes. 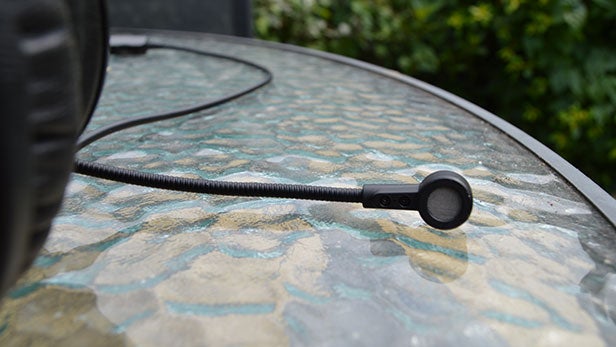 While the Audio Technica ATH-PG1 headset looks great, it’s less impressive when it comes to audio. They don’t sound bad, per se, but they’re not up to the standard of other headsets in the £150 bracket, such as the SteelSeries Siberia Elite Prism or the Astro A40. The main area of weakness is the bass. The headset doesn’t have any sort of impact at the low-end. This is an issue if you play a lot of action games, or watch Hollywood blockbusters, or listen to music… There’s just no oomph to anything you listen to.

At the high-end, vocals and instruments are easy to pinpoint — if you’re upgrading from a standard pair of earbuds (the kind bundled in with the PS4 or an iPhone, for example), then you’re going to hear sounds you probably weren’t before. The headphones also go very loud, although they begin to distort once you go above 70 per cent volume, while the lack of punchiness in the low-end becomes even more apparent. 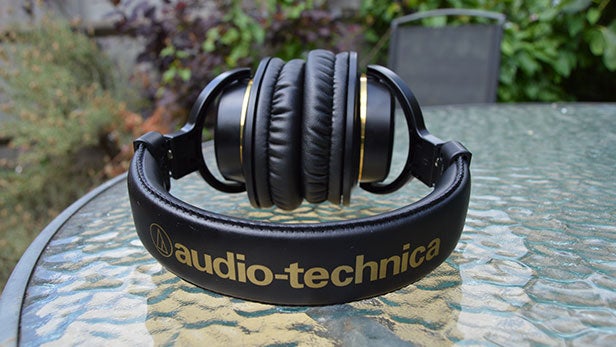 Another area where the Audio Technica is lacking is customisation. We often complain about gaming headsets being covered in buttons to change things like audio presets and vocal effects, as they can easily be pressed accidentally and we just don’t use them in the long term. However, Audio Technica doesn’t offer any customisation options when it comes to the ATH-PG1. There’s no app on the PC side, but you can tweak your levels in the PC system settings if you wish.

The gooseneck mic on the ATH-PG1 is excellent though — we were told that we sounded very clear by other players online. The ATH-PG1 is described by Audio Technica as a “closed-back” pair of headphones, which means that audio from the headset is mostly isolated from the outside world, and ambience shouldn’t creep into the headset. In practice, the headset does keep outside noise to a minimum, although people around you may be able to hear what you’re listening to. 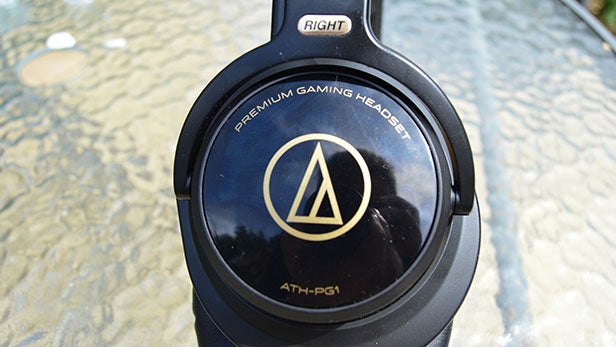 Should I buy the Audio Technica ATH-PG1?

If you’re looking for a good gaming headset that you can also use out-and-about or in the office, you could do a lot worse than the Audio Technica ATH-PG1. They’re well designed, look great, and the hot-swappable cabling means they fulfill lots of different uses.

However, audio performance is below what we expect from headsets in this price bracket. If you value sound quality, and you really should when you’re paying £150 for a headset, then we’d point you in the direction of the SteelSeries Siberia Elite Prism or the Astro A40.

The Audio Technica ATH-PG1 is a great-looking gaming headset, that’s sadly let down by sub-standard audio and a lack of customisation.