You can get better sounding true wireless at a similar price, but the very good noise-isolating design, banging bass and solid feature set make the ATH-CK3TW a cheap true wireless earbud to consider.

The ATH-CK3TW is the budget option in Audio-Technica’s current true wireless lineup.

The ATH-CK3TW were announced all the way back at IFA 2019, but we’ve only managed to get to them with IFA 2020 in the rear view mirror speaks to the growth of the true wireless market this year.

Like the ATH-CKS5TW sibling, they’re big on the bass, but are cheaper, have a more compact design and have a solid feature set for a true wireless at their asking price.

The ATH-CK3TW adopt a minimalist, almost basic design in terms of shape and look, but more colourful options are available in white and red to go with the standard black.

They’re slightly taller than some other true wireless, looking like the bolts on Frankenstein’s monster. But they maintain a compact build and their elongated structure works in terms of creating a better seal.

The fit is largely good, though like a few other true wireless they have a tendency to create an oily feeling when seated, which can make them feel uncomfortable. The size of the earbuds does mean they create a very good seal to block out external sounds. With music playing the noise isolating design is pretty strong. 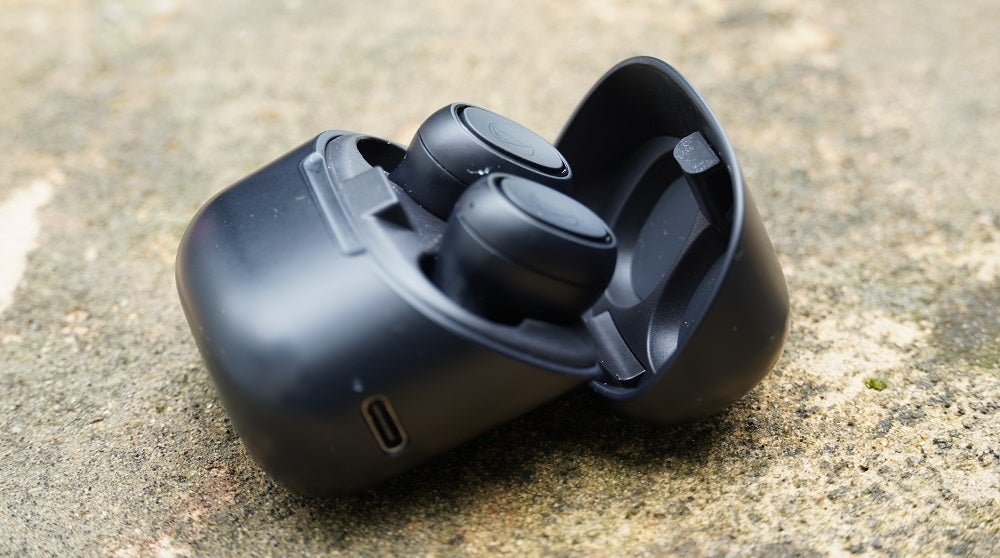 An IPX2 rating means they can handle some drops of rain and some sweat, and having taken them on several runs an earbud fell out of the ear once, which suggests they’re not fans of a lot of sweat, so bear that in mind.

Touch controls are the order of the day, so you won’t have to worry about pushing the earbuds into the ear. A tap on the right earbud play/pauses: double tap skips forward, and a triple tap jumps back.

The right earbud is where calls are handled, while the left earbud handles volume for both playback and calls. I’ve not found the controls to be particularly onerous (you’ll want to remember that a double tap reduces volume). The touch panel is responsive and provides feedback in the form of a blip or voice. I don’t think you ask for much more at this price.

Battery life is in tune with wireless earbuds at this price, with 6 hours in the earbuds themselves and 24 in total with the charging case. Place them in the charging cradle and a white LED light blinks on when they’re charging.

The charging case is fairly compact – a bit on the tall side – but it should fit into any trouser pocket. Like the earbuds, the design is prosaic with a just about discernible Audio-Technica logo on the black version, and the case itself is fairly immune to scratches and marks.

There’s a USB-C connection on the side but there’s no Bluetooth pairing button so to pair/re-pair. You’ll need to push down on the right earbud when it’s in the case. 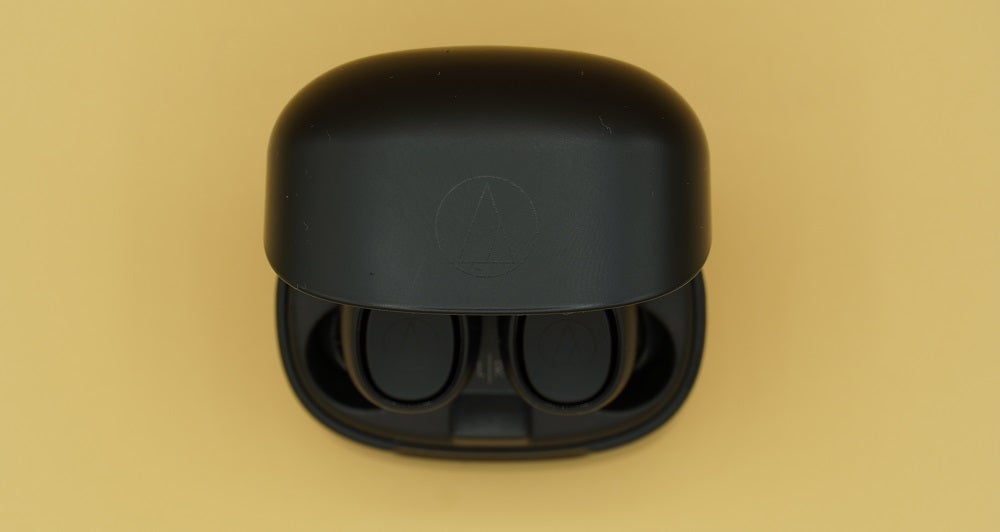 Connectivity is Bluetooth 5.0 and it’s proven to be robust with barely any noticeable dropouts. There’s support for aptX and SBC, with Google Assistant and Siri supported for hands-free commands and Qualcomm’s cVc (Clear Voice Capture) integrated for ”clearer, natural-sounding” conversations.

One thing to note is that the earbuds have wear detection, a feature not often seen at this end of the market. Strangely, they’re not activated by default. To do so, you’ll need to press and hold the left earbud for six seconds. It’s presence here is a good and useful one.

Like the ATH-CKS5TW the CK3TW comes loaded with plenty of bass and power, but unlike it’s more expensive sibling it’s a bit better balanced – or to be more specific, less bass heavy.

The ATH-CK3TW is one of the better-sounding budget true wireless options, the 5.8mm drivers delivering more width and power than comparatively priced options. The prominence of bass gives it a fuller-sounding soundstage, but much like the CKS5TW, they’re missing that last bit in terms of detail and clarity in the midrange. A listen to Hans Zimmer’s Stay from Interstellar and rather than bring detail to the foreground, the opening ninety seconds felt more hushed and obscured compared to the Lypertek Tevi. 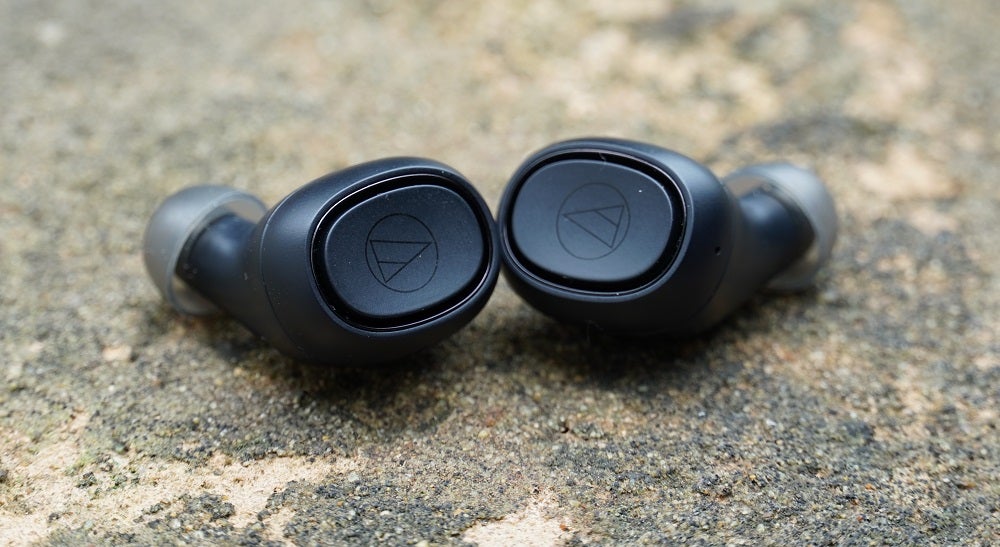 The bass performance at least doesn’t come at the expense of treble clarity. The piano in GoGo Penguin’s Hopopono is clear and well expressed and timing, as well as the earbuds’ rhythmic ability, is good. The CK3TW put in toe-tapping performance that’s apt at handling shifts in tempo.

There’s still that thickness to sound that’s a characteristic of Audio Technica’s wireless earbuds, and it makes the soundstage feel rather flat at times. But vocals are nevertheless handled well, placed plumb centre of the mix with good clarity and fidelity.

Should you buy the Audio-Technica ATH-CK3TW?

The Audio-Technica ATH-CK3TW are a solid pair of wireless earbuds. The noise isolating design is very strong and puts up a good wall against external sounds. Comfort may be an issue for some, though the features are pretty good for the price. The sound is similar to the ATH-CKS5TW with its thicker, bassy tone, but still puts in an entertaining performance.

An obvious alternative is the Lypertek Tevi, which are available for a similar price and offer more clarity and detail. They lack the bass of the Audio-Technica, but the performance is capable of more subtlety and dynamism.