What are the Audio-Technica ATH-AR5BT?

The Audio-Technica ATH-AR5BT are mid-priced wireless headphones. At £169, you’ll want them to see you through a good few years. But they remain cheaper than the closest alternative from Sennheiser, for example, which charges over twice the price for the Sennheiser Momentum 2.0 Wireless.

Just like the non-wireless version of this headphone, the upper mids are quite harsh before ‘burn-in’, and aren’t entirely smooth thereafter. However, this is offset by plenty of other positive sound characteristics, including a wide soundstage and good detail. 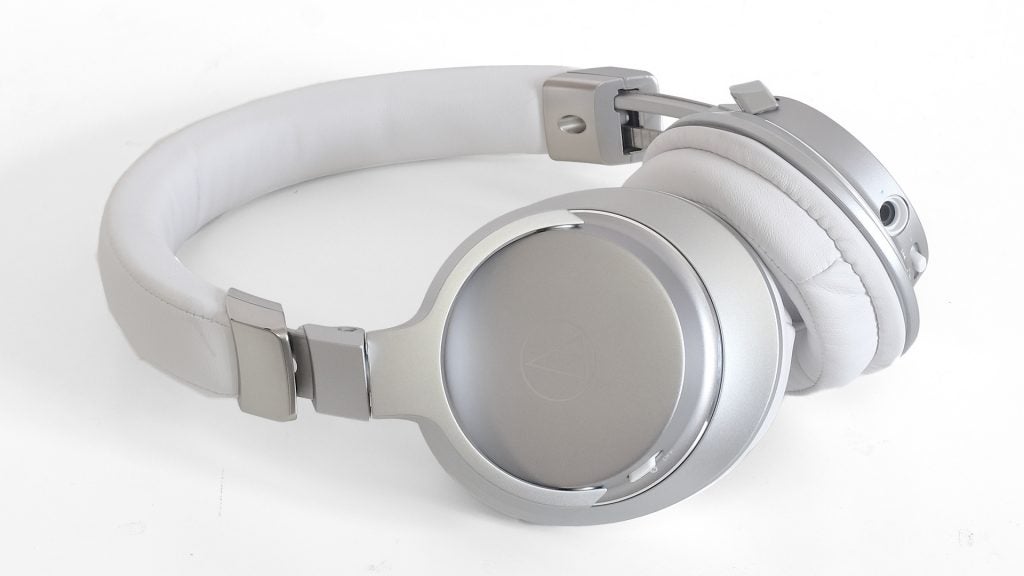 The Audio-Technica ATH-AR5BT are full-size headphones, yet remain smaller than many in this class. You may find that the pads are barely big enough for your earlobes, although I found them fine.

With just tiny little ports on the back of each cup, the Audio-Technica ATH-AR5BT isolate a decent level of noise. I’ve used them on several trains, and although the cups are nowhere near as effective as the Bose QuietComfort 35 at cutting out city noise, they’re well-suited to the job.

Typical for a slightly more affordable set of headphones, the Audio-Technica ATH-AR5BT use pricier materials sparingly. The back of each cup is aluminium, but just about every other silvery part on these headphones is plastic. 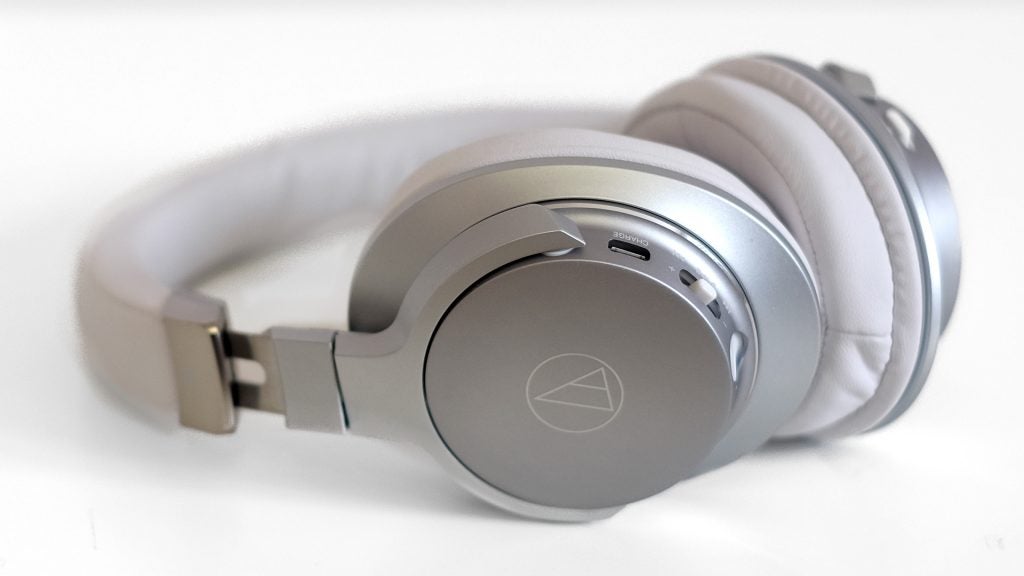 All the padding is topped with synthetic leather, too – although this is the default choice of all but a few pairs these days.

The Audio-Technica ATH-AR5BT cups swivel freely and fold up into the headband. This makes them easy to fit and even easier to store. We imagine some of you will end up simply wearing them around your neck at times, though. In this position, too, they’re comfy enough. 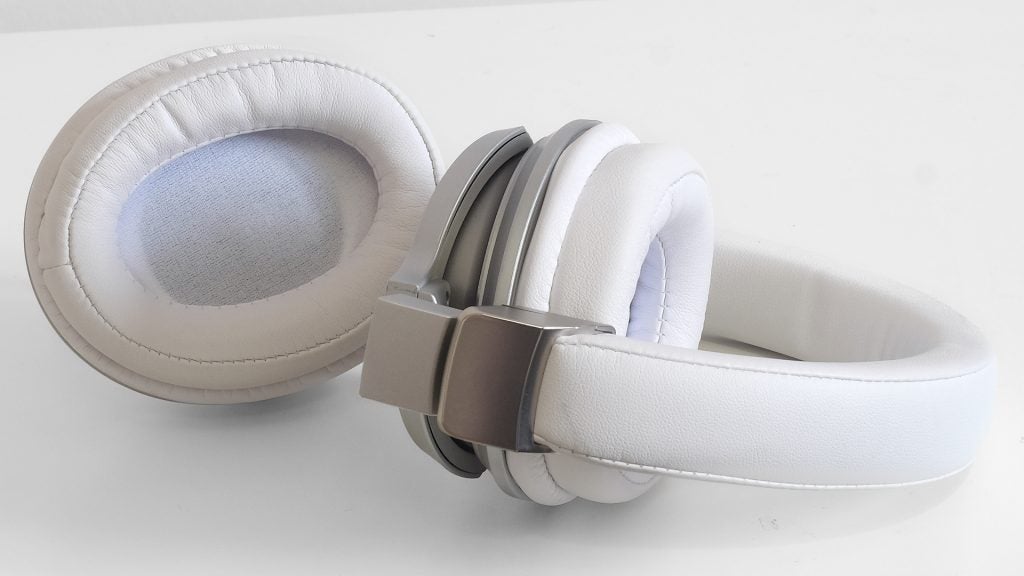 These are Bluetooth headphones. They use Bluetooth 4.1, include NFC for easy pairing, and aptX for higher-quality streams with phones that support it.

The highlight, however, is battery life. Audio-Technica says they’ll last for up to 38 hours from a single charge. This is close to the standard set by the Beats Solo 3 Wireless.

In fact, battery life is so long that it’s hard to test under normal use – which is always the base of our headphone reviews.

Wireless stability is excellent, too, with only a few minor hiccups during testing. 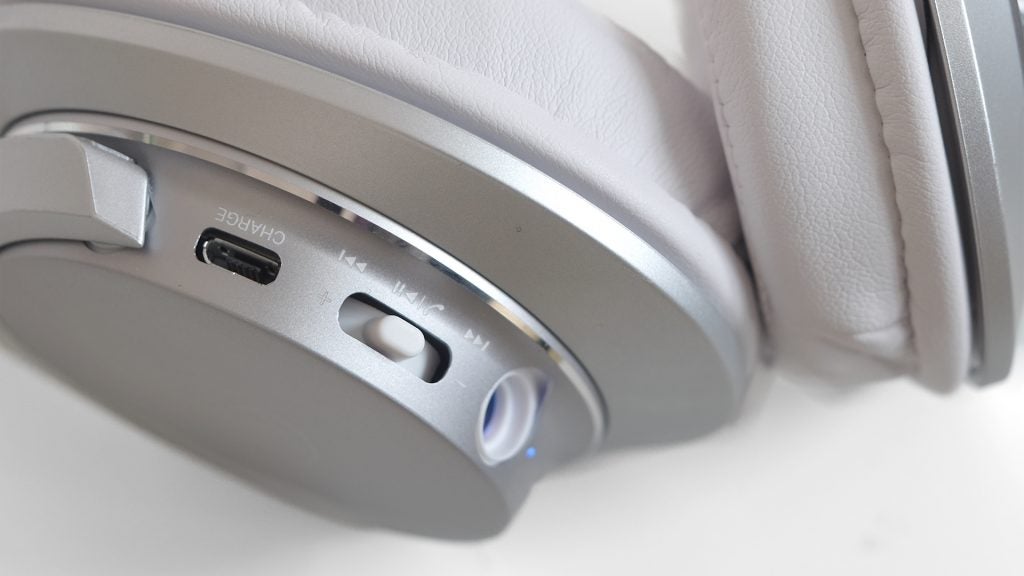 To control playback on the Audio-Technica ATH-AR5BT, there’s a little joystick on the left ear cup that lets you play/pause, change tracks and volume. It slides back and forwards, and also depresses – which is what you use to skip to the next track.

I’m also glad to see that you don’t lose all control when you use a cable instead. A cable with platform-agnostic one-button remote is included in the box, although since the Audio-Technica ATH-AR5BT use a 3.5mm jack, you can use any suitable one whose terminal isn’t too thick. 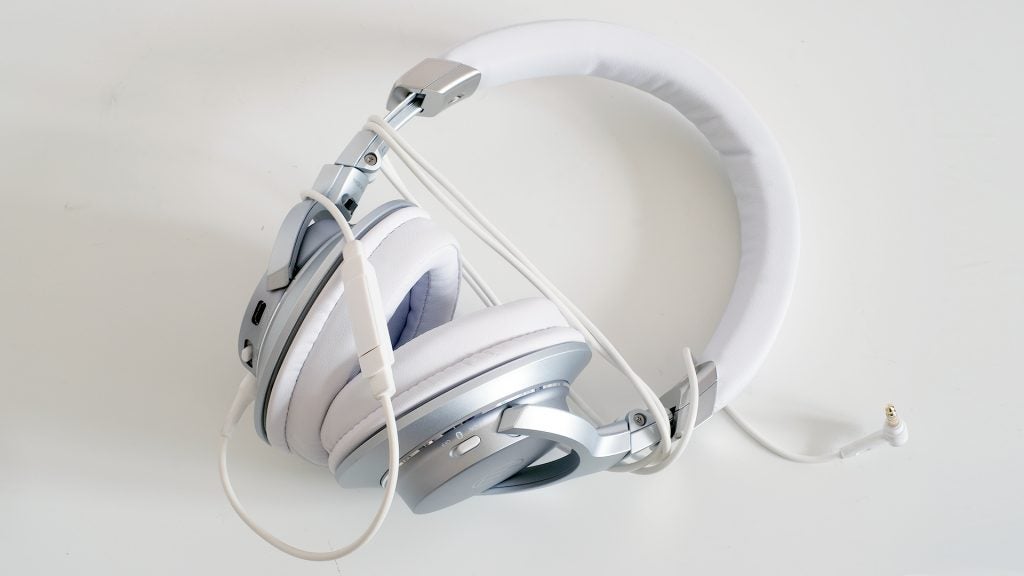 Like a lot of the best Audio-Technica headphones the ATH-AR5BT focus on detail, something you’ll hear in the bright-sounding ATH-MSR7 and ATH-M50X, both modern headphone classics.

The ATH-AR5BT is a little less successful in this regard, but that’s no surprise at this price. They’re better balanced than the ATH-M50X, with less pronounced treble and bass for a more neutral tone.

Those of you looking for the exciting sub-bass of the Sennheiser Momentum pair won’t find it with the Audio-Technica ATH-AR5BT. While the frequencies are present, these headphones don’t deliver the energy of dance music, for example, as well as some.

While this isn’t an issue for me, it’s something to consider if you’re investing in a pair of headphones to boost your running or training, or to deliver a pick-me-up in the morning.

The sound is wide, however, and decent stereo imaging makes well-produced tracks sound involving and intricate. 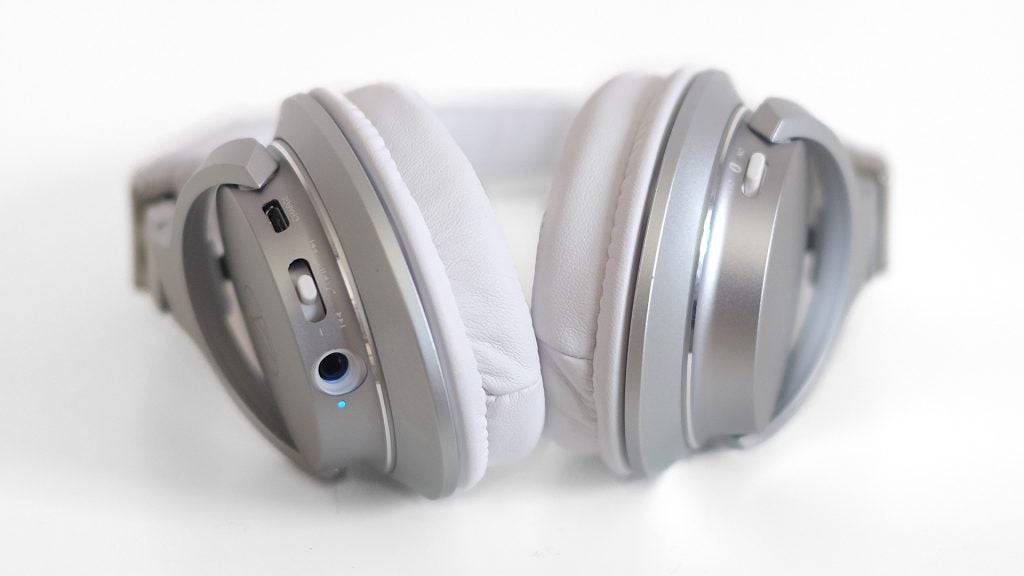 As is the case with the wired ATH-AR5, the main issues are the hard edges of the upper-mids and the cold, somewhat synthetic tone to the mids. This was quite pronounced on the first listen of these headphones, with vocals sounding unrealistic; borderline ugly.

This improved after a few days, whether through burn-in or just the ear acclimatising to the sound. However, direct comparison testing with the ATH-M50X and other rivals showed that these headphones deliver a cool tone.

Some may find the slightly cold, hard mids fatiguing. However, my main takeaway is that the best headphones at this price make vocals and other naturally textured instruments – the stringed section of an orchestra, for example – sound better. 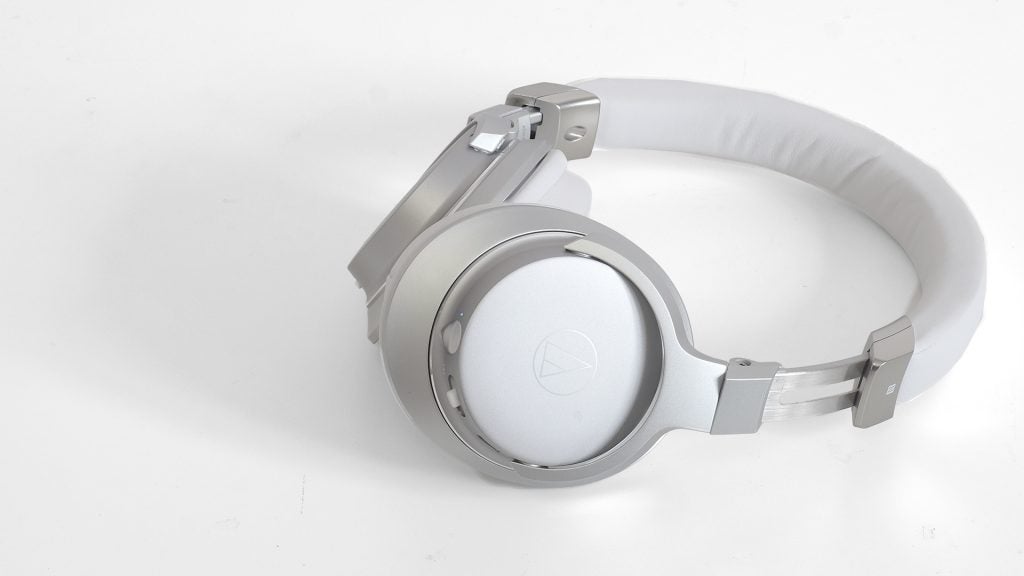 Why buy the Audio-Technica ATH-AR5BT?

If you want a wireless headphone with great battery life and balanced sound, the Audio-Technica ATH-AR5BT are a good pick.

For those after a richer sound, or looking to avoid a hard or fatiguing sound, there are some better options out there. Consider the Sony MDR-100ABN h.ear, AKG Y50BT or Urbanista Seattle instead.

Solid, well-priced wireless headphones – although the mid-tone could be better.