In a bid to try and look the best, fashionable audio products often lose sight of their function. As a general rule, the sharper dressed a device’s guts, the worse their performance. The Miffy MP3 player for example, is unlikely to output amazing quality music. As with every rule, there are exceptions, though, the B&W Zeppelin standing as a prime example. The Audio Chi W-Series headphones purport to be another such case, delivering good looks and good performance. Too good to be true? You might think so. 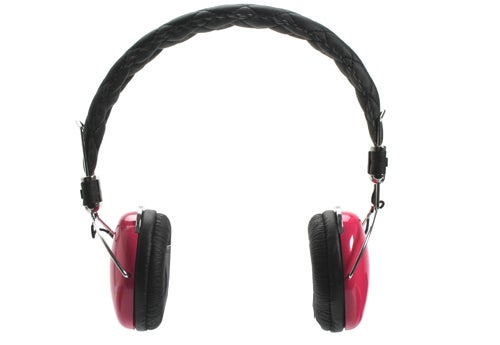 The manner in which the W-series headphones are packaged gives a positive indication of the thought that has gone into their production. By this I don’t mean the physical package in which they’re presented, but rather the accoutrements provided with the headphones themselves.


The carrying case is useful, given these ‘phones are likely to be shoved into a backpack, handbag or, dare I suggest it, man-bag when not in use. Similarly thoughtful is a 3.5mm to 2.5mm adaptor. This will undoubtedly please those wishing to connect their W-series’ to a mobile phone sporting the smaller port – a fairly common trait. Small touches, yes, but they suggest Audio Chi has actually paid attention to the needs of its target audience.

Continuing the theme of thoughtful design is the use of a detachable cable connector on the left ear-cup. As such, should the wiring end up broken, you won’t need to buy a new pair of earphones, just a new cable. The 1.2m cable also uses a woven, as opposed to rubberised, coating, which supposedly prevents tangling – a claim I’ve found no reason to dispute.


As a bonus to these practical considerations, the W-series headphones are available in a number of funky colours. I’m particularly partial to the pink variety I snagged on loan, but all of them look pretty snazzy. The stitched faux-leather headband sets the look off well, and has the added bonus of being nice and comfortable. That holds true of the ear-cups, too, which provide enough pressure to remain in place, without clutching my head in a vice-like death grip – unlike some headphones I’ve had the misfortune of wearing.

The W-Series headphones sit on your ears rather than around them, so there’s not much noise isolation. This tends to be more of a problem for those in your vicinity, with the audio escaping out to disturb anyone sitting nearby. Still, it’s certainly less likely to irk fellow passengers on a tube or bus than blasting your ‘tunes’ out of your phone’s speaker, which should clearly be a hanging offence. 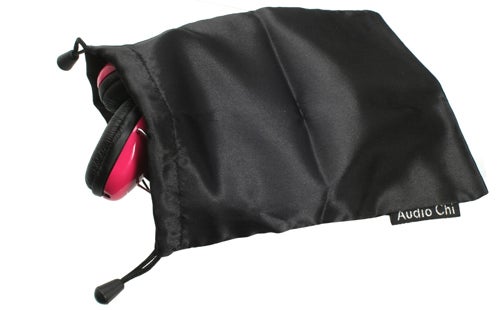 When it comes to audio performance, the Audio Chi W-Series offer, to my tastes, a better sound than the WeSC Bongo Art Marok headphones we looked at. There’s a full, but not overpowering, bass response, and decent mid-range clarity. The very high end could be a bit sharper, but at this price point you’re never going to get everything.


The W-Series can’t compete with the likes of the Sennheiser HD 485 headphones for clarity of reproduction, but the W-Series are much less cumbersome, making them a notably practical offering that you might be more willing to wear – an oft-neglected consideration. 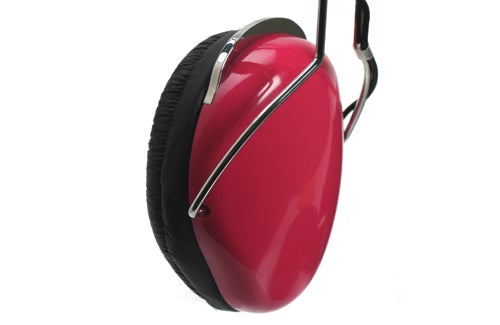 Similarly, if you were spending a bit more on a pair of Grado SR60i ‘phones, the difference in sound quality would be marked. But as fantastic as the Grados are, they’re far too fragile-feeling to carry out and about. Plus, some would argue that the signature sharpness of the Grados is too harsh to listen to for extended periods of time.


As much as other headphones may sound better, the W-Series’ design tailors better to real world considerations such as plugging into a device with a 2.5mm jack, or storing your headphones in a backpack when not it use. And besides all that they’re available in pink, which is all that really matters, right?


The appeal of the Audio Chi W-Series is primarily going to be their styling. It’s a pleasant bonus, therefore, to find that they also have a decent serving of substance to go with it.