Attack On Titan 2 is mad from its first moment to its last. That’s why it’s so darn fun, though.

Based on the Manga series of the same name, this is a sequel to developer Omega Force’s 2016’s effort. It carries on where the first left off and the real joy comes in trying to take down the titular Titans. 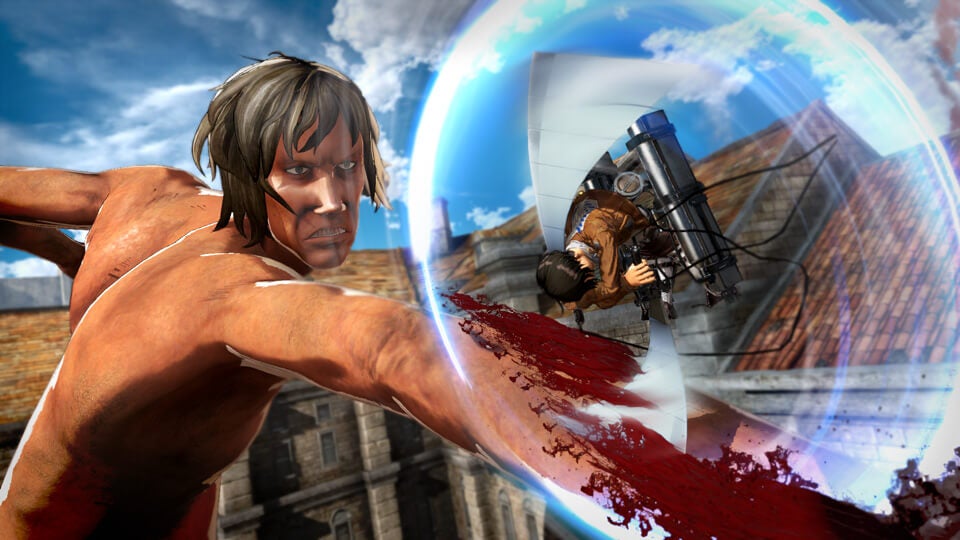 Bizarre, grotesque giants, these bumbling enemies are causing destruction throughout the world and leave the human race on the verge of extinction. The only people to stop them is a resistance group, of which you’re a part, who chop Titans down like trees.

Using what’s known as ‘ODM’ gear, you’re able to propel yourself into the air in order to get to the same level as the Titans before you start to unleash as much damage as possible. You can target specific limbs – and even cut them right off – before sending these huge enemies crashing to the floor. 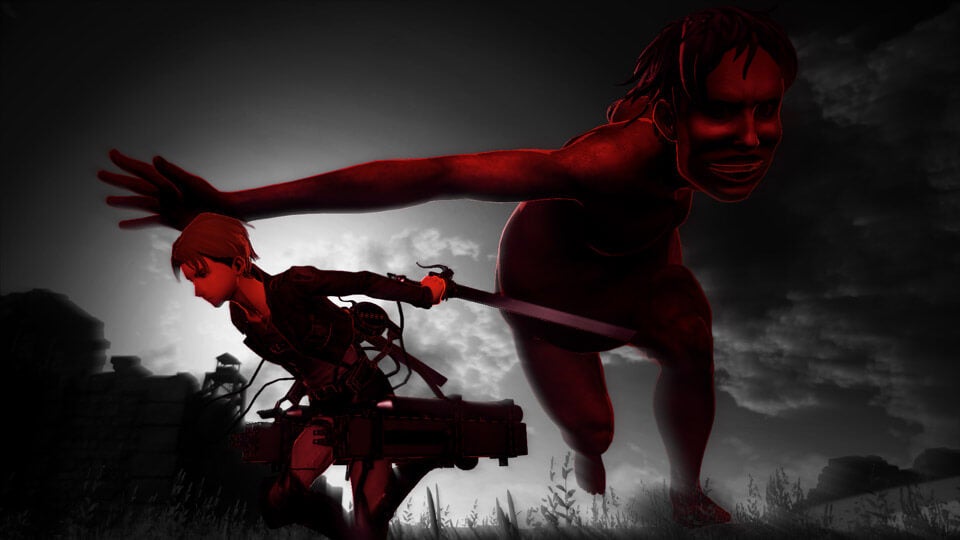 The combat system is truly satisfying. Aside from how fun it is to hurl yourself skyward, the major skill to master is your timing. Get it right, and you will inflict huge damage that’s greeted with the appropriate in-game rewards – but the opposite will ring true if you’re just off the pace. It’s so well thought out that you have to be somewhat smart with each attack. If you just run in like a crazy person you’ll probably die.

It also helps that there’s an obvious sense of improvement. As you progress you can level-up, so by the end credits you’ll feel far more powerful than you did at the start. That’s even better because, if you do indeed like the battle mechanic, it really is strong enough to keep enticing you back for more all by itself. That’s not to say it’s perfect or for everyone, but it’s very well thought out and, potentially, addictive should it win you over. 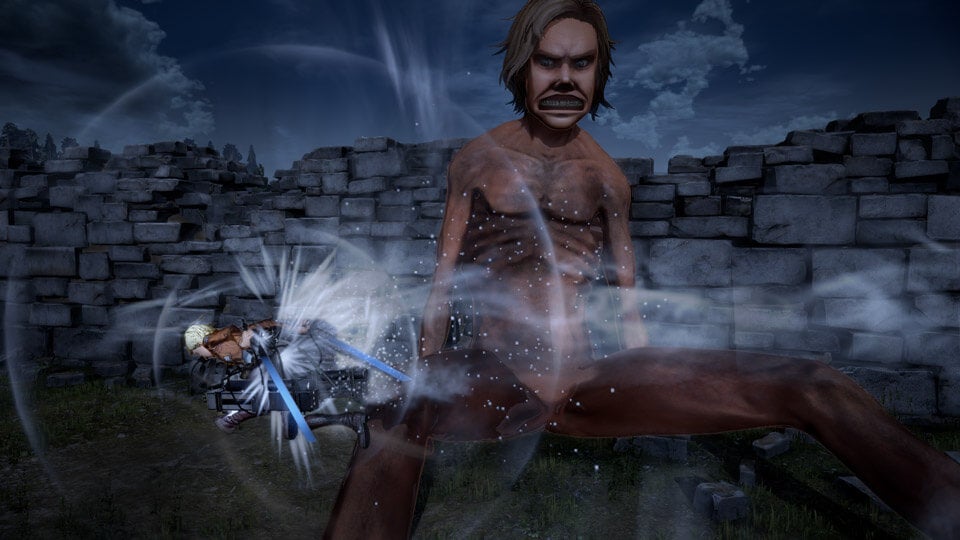 This isn’t the be all and end all of Attack On Titan 2, however, as where the sequel is concerned it wants to not only tell a specific story, but allow you to do it in co-op and compete against others in multiplayer.

Aside from everything just being better when you can play it with your friends, it also ties into how important teamwork is when you’re trying to do away with the aforementioned beasts. If you’re playing alone you have direct control over AI teammates, who you can order to strike on command, but coming up with a strategy alongside a pal is the real treat, especially as you also have ‘Scout Missions’ that can be played with up to four people. 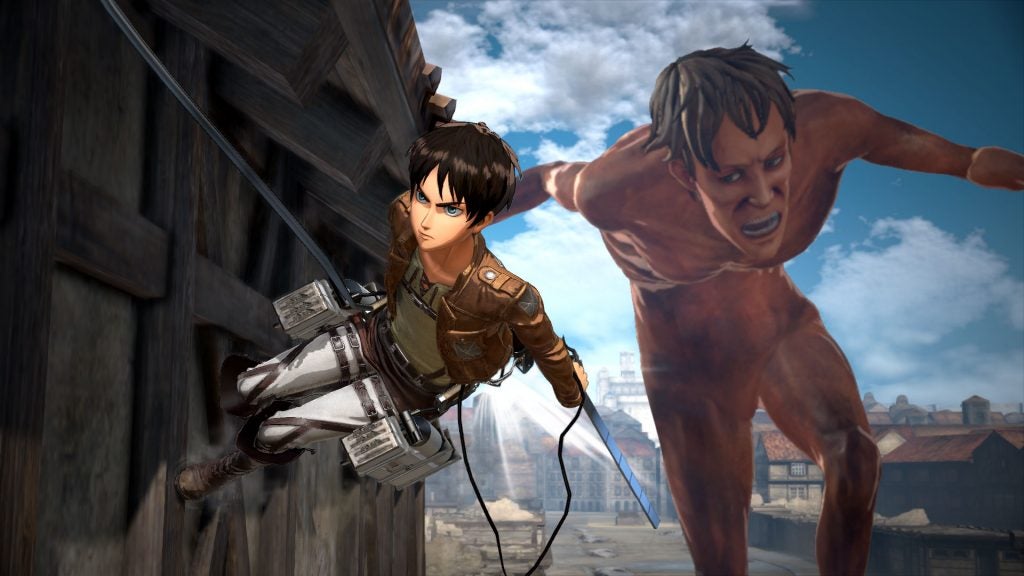 The PvP mode known as ‘Annihilation’ – a 4vs4 melee where the rules change as the action moves forward – is also pretty darn fun. The basic goal is to work as a team in order to take down Titans and start a chain bonus. Whoever has the most points when the timer runs out wins, but this can change drastically, as points are doubled during the last minute. It can make for some truly exciting battles and is just a nice extra to have, especially as I doubt many people expected anything like this. If you can find a good group who wants to take it seriously, the back-and-forth nature of a match can be a treat. 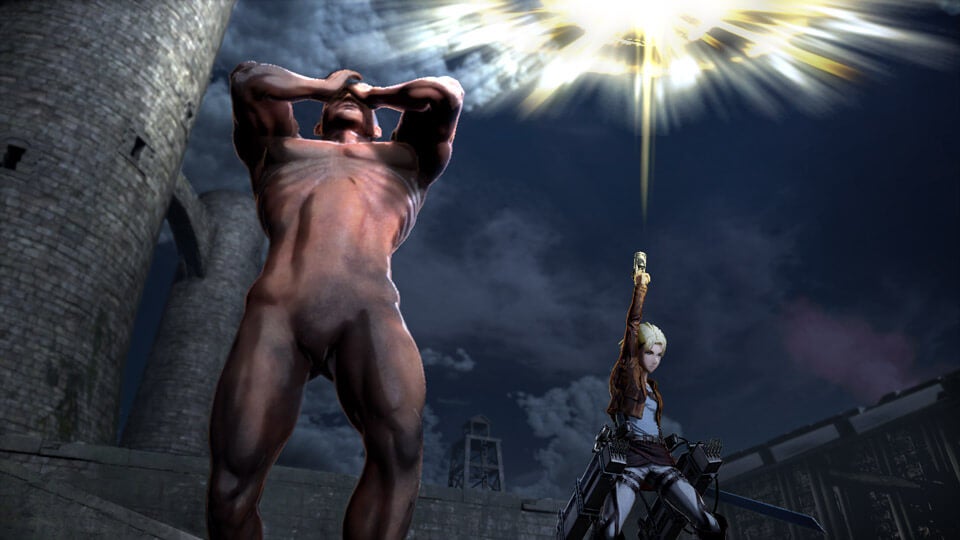 Attack On Titan 2 clearly hasn’t been designed for a mass audience, and if you like your games to come in an expected wrapper this will probably scare you half to death. However, if you like a quirkier mix of the usual RPG elements with a great combat system, you may be surprised. There are just so many little touches littered throughout, which heap more personality onto what’s already here. It’s a unique beast.

I never thought this would win me over, but I’m pleased to say it has. You have to be somewhat patient with it to start – it’s not going to instantly grab you – and the Titans will give you nightmares for some time to come, but that’s half the appeal. It’s just so strange from start to finish… 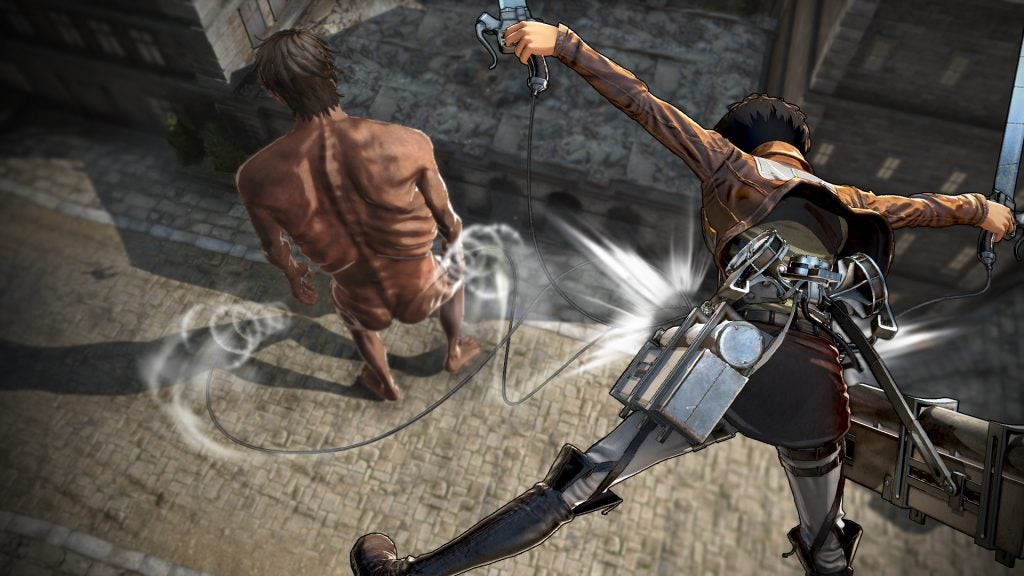 Attack On Titan 2 is by no means perfect, but the original approach mixed with a very satisfying combat mechanic makes this quite the March surprise. Just make sure you’re ready for something a little different. It’s not normal…