If you cast your minds back to before the flooding and general disappointment that we British proudly call our summer, you may recall Riyad’s review of the HD 2900 XT – ATI’s current flagship graphics card. Among the in depth technical explanations and myriads of graphs there was one little nugget of information that led to a few raised eyebrows both in our office and among technology enthusiasts around the world. Even though the card can use up to 1GB of RAM, ATI was choosing to limit the quota to 512MB, for retail boards. One gig boards were available for OEMs and ODMs, for integration into specialist systems, but the general public weren’t going to be able to pick them up in the shops.


The reason given for this was that by reducing the amount of on-board memory, the cost of each card could be kept down, while having a minimum impact on performance. However, although we could see the logic in this decision, it still seemed strange not to allow the option, even if the extra cost didn’t give a significant boost in performance. Well, luckily for us all, ATI’s board partners have seen the merit of providing such an option to us lowly masses and HD 2900 XTs sporting 1,024MB of memory can now be found from many of the usual outlets. 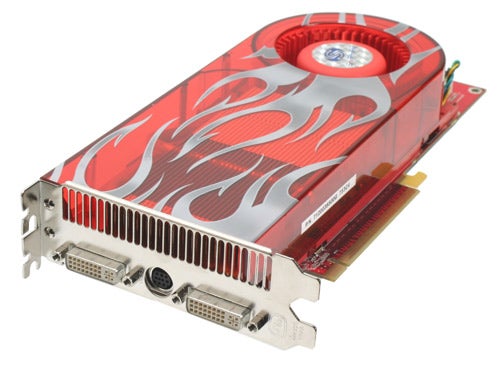 So, now that you, the buying public, can get hold of these cards, we thought it would be a good time to take a look at one and see whether the extra memory does or doesn’t increase performance and, consequently, if ATI was justified in its decision.


As well as increasing the amount of memory on these new boards, the type has also been changed from GDDR3 to GDDR4. This change enables speeds to be increased from 825MHz to 1,000MHz, so, as well as having more memory to access, these cards will be able to talk to it quicker.


Aside from the increase in memory, the HD 2900 XT 1024MB remains exactly the same as its 512MB brother. So, you still get 700 million transistors incorporating 320 stream processors, the super high bandwidth 512-bit memory interface, the as yet unused tessellation engine and all the other goodies I’m sure you’re now familiar with. Equally, the change in memory hasn’t made a difference to the physical size of the card and it remains 242mm long, 114mm tall, and 39mm deep and looks identical to any other HD 2900 XT. 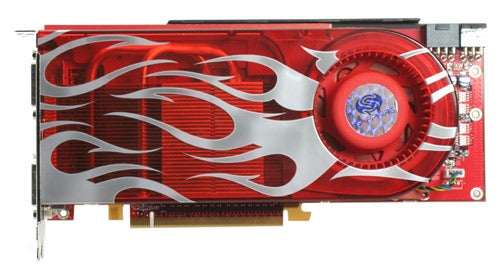 The particular card I’m looking at is made by Sapphire. As all the HD 2900 XT cards continue to be, it is based on a completely reference design with just a couple of stickers, on the heatsink and one of the power connectors, to distinguish it from the competition. Coming in at £285.48, it is £39.16 more expensive than the 512MB version, which actually isn’t a huge premium considering the amount of extra memory you’re getting.


Comparing to the competition from nVidia, the GeForce 8800GTS 640MB (the HD 2900 XTs nearest competitor in terms of performance and price) can be had for around £240 while the 8800 GTX is still significantly more expensive with prices averaging around the £330 mark. So, assuming the 1024MB HD 2900 XT can increase performance by a reasonable margin, there is a sizeable gap in the market for it to nestle into.

I tested the card along with the nVidia GeForce 8800 GTS 640 MB, nVidia GeForce 8800 GTX, and the 512MB version of the HD 2900 XT. Due to the short amount of time we had with this card, I haven’t tested CrossFire or SLI configurations but hopefully this will be something I can return to at a later date.

We tested the 3D performance of each card by running our usual set of benchmarks on our standard test bed, the details of which are in the table below. I’ve now added in Supreme Commander, the awesome real time strategy game, to our test suite. For Company of Heroes and Supreme Commander, we run the inbuilt performance tests, both of which we’ve found give good representations of the performance of the game. Our other tests are run using our in-house pre-recorded time-demos taken in the most intense sections of each game.

We generally find that any single card configuration struggles to cope at the resolutions demanded by a 30in monitor so we’ve stuck to testing at 1,920 x 1,200 and 1,600 x 1,200 which represent the most common resolutions that will be used with these cards.


Although Call of Duty 2 continues to be a game the HD 2900 XT struggles with, the extra memory of the 1gig card does make some difference with an average four per cent increase in performance. Fundamentally, though, once anti-aliasing is cranked up, the 8800 GTS is still a better bet.


Conversely, Counter-Strike:Source has tended to favour ATIs cards and we once again see this is this case. Unfortunately, the extra memory has even less affect in this game with an average increase of less than two per cent.


The HD 2900 XT really shines in Prey with it approaching the 8800 GTX in terms of performance. However, in this title the extra memory has next to no affect.


Company of Heroes follows a very similar trend to Counter-Strike: Source with the two HD 2900 XTs sitting comfortably in-between the 8800 GTS and 8800 GTX. However, we once again see a minimal performance increase from the extra memory.


Finally we come to Supreme Commander, the most recent of the games I’ve tested with. This looks to be a title that favours nVidia’s way of doing things as both the 8800 GTX and the 8800 GTS consistently stay ahead of the two HD 2900 XTs. And, to top it off, the extra memory once again makes very little difference. 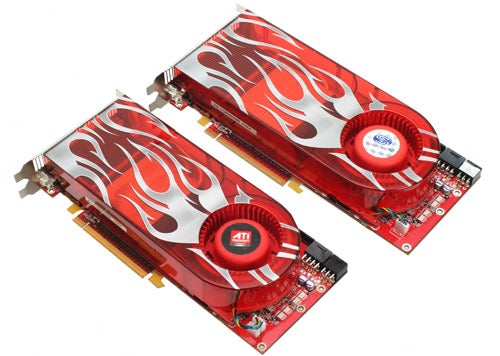 So, was ATI justified in its original decision? Does the extra cost of doubling the memory on the HD 2900 XT outweigh the gain in performance? I think we can categorically say, yes! While there’s no doubt the extra memory will be useful, nay essential, for certain applications, for the average gamer there is little point in paying more.


Now things have had a chance to settle down, drivers have matured, and ATI has done some serious price slashing, the HD 2900 XT (the 512MB version, that is) has proved a worthy competitor to nVidia’s 8800 GTS 640MB. The two cards alternate the lead depending on which game is being played but on average both are equally good investments.


It seems ATI made the right decision when it chose not to ship HD 2900 XTs with 1024MB of memory. While doubling the memory quota does improve performance by a small margin, it is nowhere near enough to justify the increase in cost the extra memory would have demanded.