Atelier Ryza 2: Lost Legends and the Secret Fairy is a brilliant sequel that expands upon everything that made the original great, while forging a path forward that can be further expanded upon in the trilogy's final chapter.

Atelier Ryza 2: Lost Legends and the Secret Fairy is a role-playing adventure where you play a young alchemist seeking to uncover the secrets of ancient ruins.

JRPGs are normally concerned with saving the world as edgy anime boys, or overcoming a deadly threat that could wipe out the entire universe. It’s seldom relaxed, often wanting to hurl the player into an epic journey that surprises at every turn. Atelier Ryza 2: Lost Legends & the Secret Fairy challenges such a notion, and the result is one of the comfiest games I’ve played in some time.

The previous entry slung a previously niche series into the limelight, largely because of its bubbly protagonist, Reisalin “Ryza” Stout. Playing on popular anime trends, Ryza cemented herself as a heroine who attracted a dedicated fan following in the form of art and fanfics, creating newfound interest in a franchise that had up until that point existed on the periphery.

But thick thighs didn’t do all the heavy-lifting, Gust has also transformed the series into something that’s simply more enjoyable to play. A more personal approach to its storytelling combine with a fantastic combat system, helping Atelier Ryza 2 shine – even if some of the series’ well-worn bad habits remain. Those looking for an adventure to fill a quiet spell will find plenty to love here. 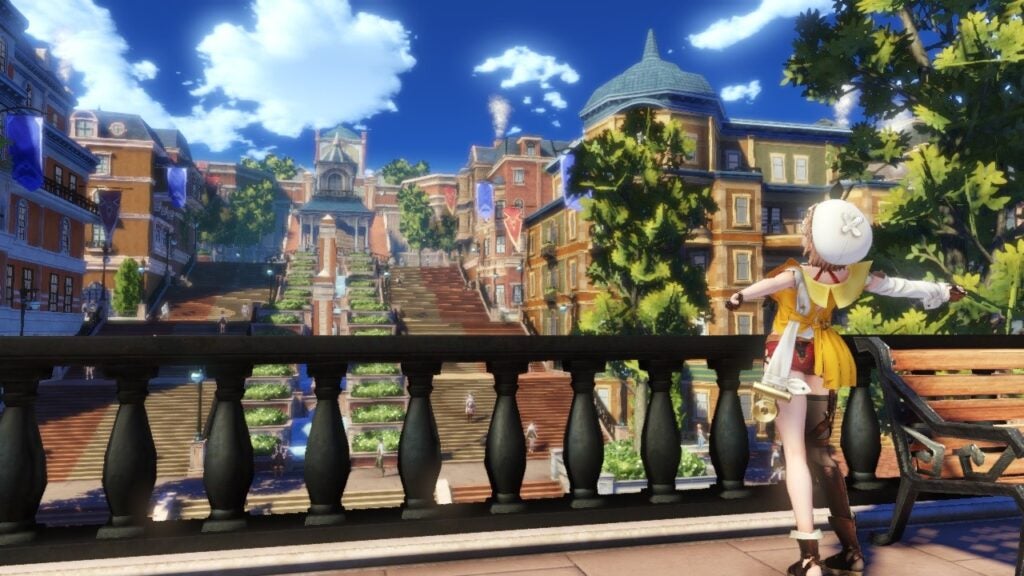 Taking place a few years after the original game, Atelier Ryza 2 follows a cast of characters now grown, having learned a number of valuable lessons since we last saw them. Despite approaching the clutches of adulthood, Ryza remains a care-free airhead obsessed with the allure of adventure, instead of the more mundane – paying rent or finding steady employment, for example. She’s a millennial through and through.

Here she reunites with close friends and embarks on yet another epic outing. The sequel takes us to the illustrious capital city of Ashra-am Baird, a locale with a sense of scale that reflects Ryza 2’s more ambitious vision for the series. The opening moments are wonderfully paced, introducing you to a new setting alongside a variety of battle and gathering mechanics that will grow in complexity as the narrative moves onward.

Atelier Ryza 2 is an accessible turn-based experience, where you control a variety of characters with their own skills and abilities. The titular heroine roams the environment gathering ingredients for alchemy, while rampant wildlife goes about its business beside her. Unless you’re in a dungeon, most enemies won’t bother attacking you, giving outside areas an almost tranquil quality.

Combat is a mixture of simple attack commands and more complicated team-based mechanics, which reward you when following the advice of fellow party members. You might be asked to perform a melee or magic attack, and doing so will result in allies reacting with some genuinely lethal strikes of their own. Further mechanics are introduced as you play, but it all has a rhythmic quality that makes even random encounters a joy. 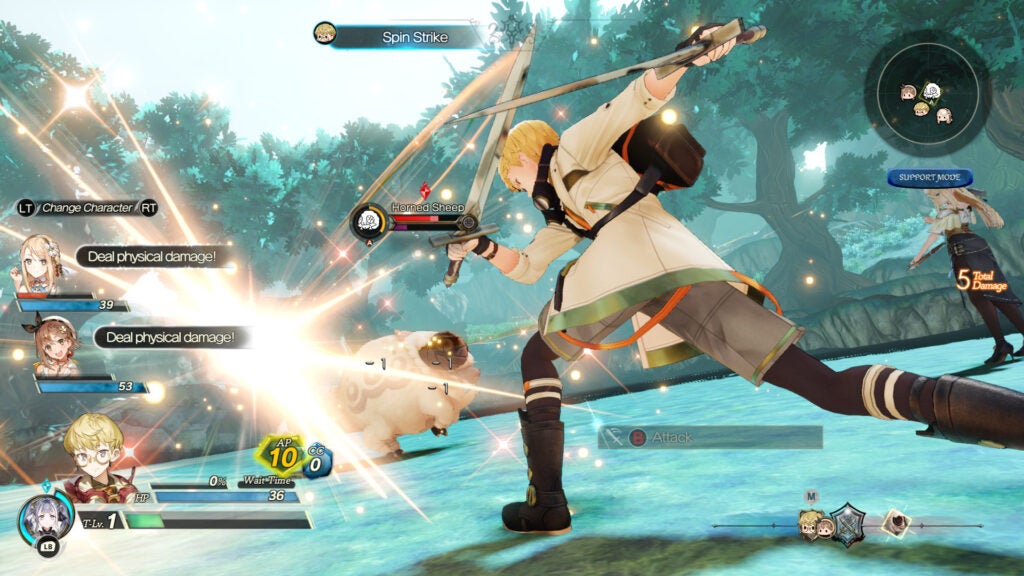 You’ll need to grind before taking on more challenging bosses, since despite its cutesy nature, Atelier Ryza 2 doesn’t always hold your hand. Some early bosses absolutely trounced me until I stepped back, equipped myself with accessories and earned some experience points. Battle is only a part of the equation however; alchemy and exploration play a vital role in the game’s formula.

Alchemy remains largely unchanged compared to the previous entry, allowing you to conjure up weapons, crafting materials and other items that will prove invaluable when completing quests. Selecting the ingredients for each new recipe can grow tedious but thankfully, there’s a way to automate the process so hours aren’t spent toiling over the cauldron. I’d normally pop into my base of operations during dungeon skirmishes to stock up on important goodies.

Exploration is the final piece of the pie, and has been enhanced massively this time around. Ryza can now swim, climb and contextually interact with different environments that help the world around her feel significantly more alive. The previous game felt static by comparison, despite how gorgeous its mixture of colours and countryside managed to be at times. The series’ newfound international success has allowed for such evolution, and I hope it continues.

As for the world itself, it maintains the aura of whimsy that has long punctuated the Atelier franchise, transporting you to gorgeous locales that truly feel like another world; for once, all that is good isn’t being threatened by a world-ending catastrophe. While the narrative does have major stakes in the later hours, they feel more personal and cohesively relevant to the main characters, instead of shoehorning in consequences that simply don’t fit. 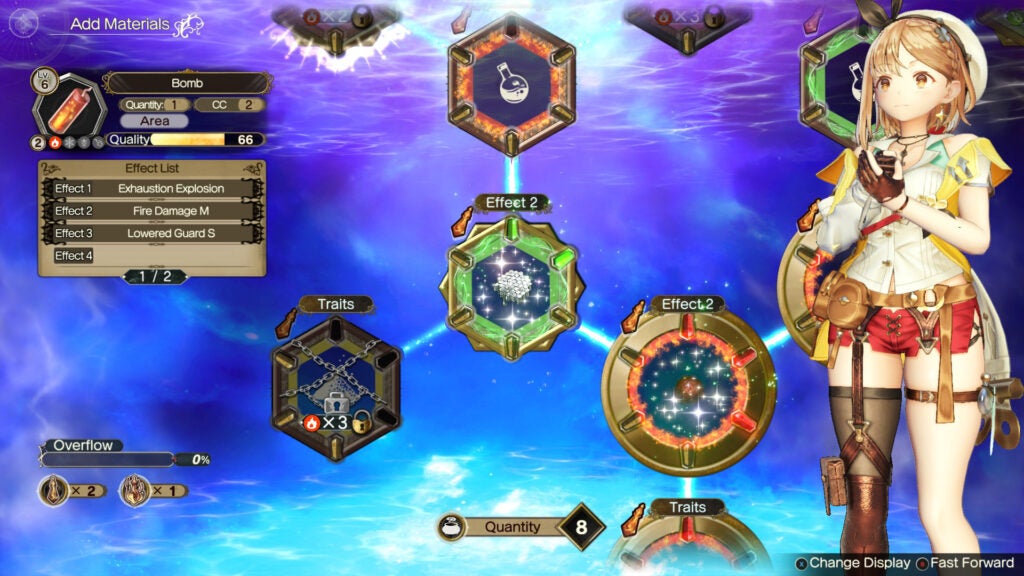 The mixture of crafting, battling and exploration is supremely satisfying

I will admit that having to constantly gather resources and endure the repetitive sound effects can grow frustrating, but it eventually became a passive component of exploration as I delved into each new area. Upgrades across the wonderful skill tree also make such chores far more manageable.

All of the gameplay systems in Atelier Ryza 2 feel designed to be engaging and unobtrusive, making the hours fly by as I pushed through to the next big discovery. The fast travel system is a big reason for this. Backtracking is now a thing of the past; you can travel to virtually any location at the touch of a button. Zipping around the world became a regular occurrence, so not being punished for it felt good.

One thing I love about Atelier Ryza 2 is how it makes your place in its world matter. You aren’t a spectre marching towards an epic conclusion, but a ditzy girl living in the big city. The majority of side quests are simply jovial conversations or requests from the local populace asking you to hunt monsters or gather materials.

Ryza is a business owner, and watching her catch up with old friends and make plenty of new ones is one of the game’s undeniable highlights. This focus on world-building is enhanced further by increased customisation of your fashion sense and interior decoration of Ryza’s Atelier. Your virtual home can be decorated with an assortment of furniture and accessories gained from quests or bought from shopkeepers. 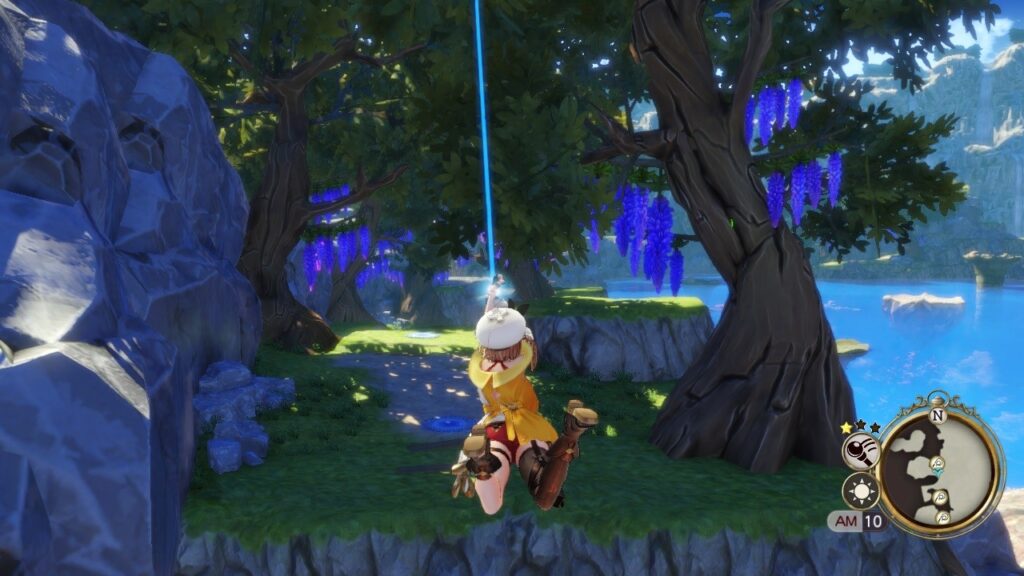 I actively sought out such treasures, partly because I’m a sucker for interior design, but also because it made this adorable little space my own. It’s a shame that many of the character outfits are locked behind downloadable content, since a more robust way to outfit my party would have been amazing.

Such attention to detail carries over to the dungeons, which are no longer gauntlets of battle and resource gathering. You now need to uncover clues and pieces of evidence that conjure up a comprehensive history of what these places used to be, and how they exist in the wider world. Linking clues to uncover a greater central mystery felt rewarding, and made the core narrative far more engaging.

For all its commendable strides forward, Atelier Ryza 2 does fall victim to some tiresome tropes and archetypes. A number of characters are sexualised in a way that feels at odds with the wholesome nature of its world, and the writing of certain new faces is riddled in clichés. So much more could have been done here, but it feels like a vehicle to sell more DLC in the months to come. 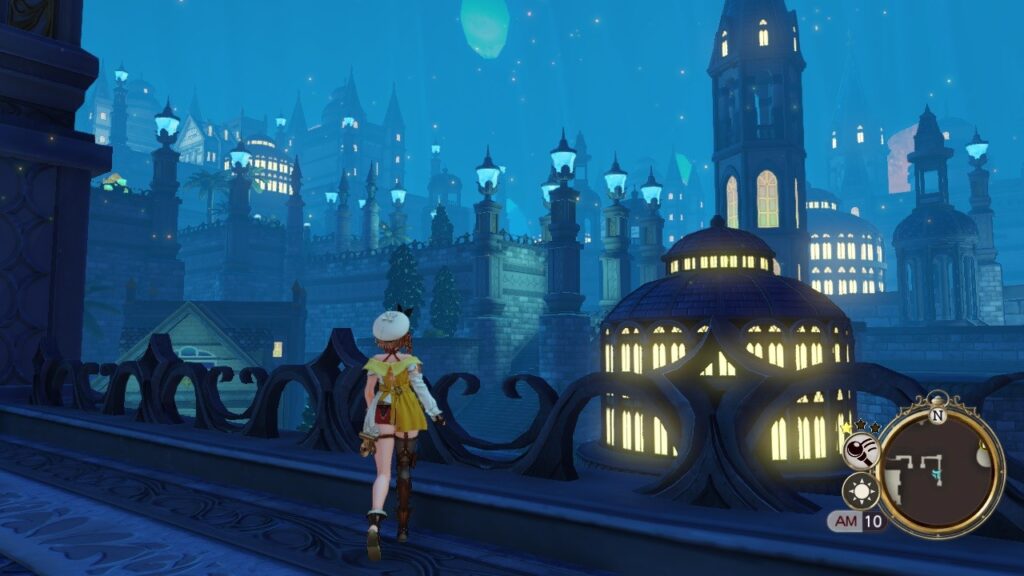