Buying a high definition TV can be quite a daunting prospect for the average consumer, not least because it represents a pretty major financial investment. Of course it’s not hard to find an HDTV that looks to be a complete bargain, if you’re willing to forgo a big name brand. The question is whether this type of TV is a false economy or whether you really are just paying for a name when you buy from the big boys. 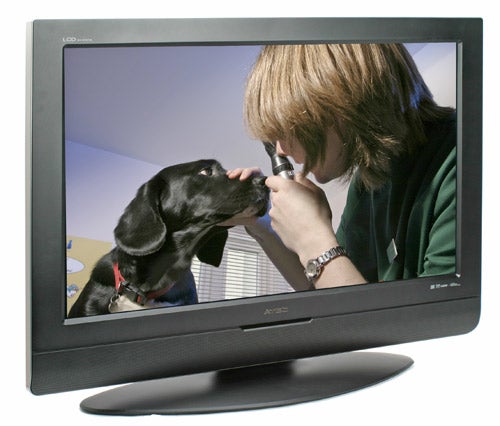 Fighting the budget TV corner today is the Atec AV371DS, which does look to be a bit of a bargain on paper. As the model number suggests, you’re getting a 37in LCD TV, with an attractive price tag of £821. There’s no denying that the Atec looks pretty generic, but it’s far from offensive. In fact that somewhat staid matt black finish makes perfect sense, assuring that the screen will complement the vast majority of living rooms. OK, so this TV won’t be a design statement to set off your décor, like a Philips or Sony screen might, but it won’t ruin the look of your home either.


Bizarrely though, the sensible, minimalist design hasn’t been carried over to the remote control. For some reason Atec has decided that the remote should be glossy white, which, quite frankly looks horrible. It’s pretty much a rule of thumb that budget TVs ship with poor remote controls and the unit that comes with the Atec is no exception. It’s not just the colour either, the button layout is confusing and unintuitive – it took me ages to find the button for the EPG, and I knew what I was looking for! The good news is that you can easily buy a good universal remote that’s easier to use and easier on the eye, so this issue shouldn’t be enough to put you off the Atec. 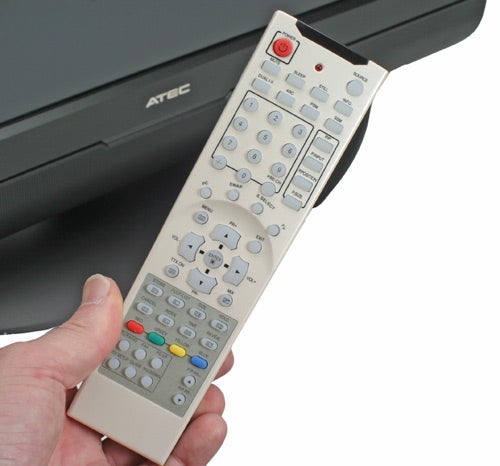 The Atec sports a native resolution of 1,366 x 768, and will happily accept 720p and 1080i signals for HD Ready compliance. The TV flatly refused to accept a 1080p input from an Xbox 360 though. The connection options also conform to the HD Ready standard, but only just.

HD inputs are limited to single HDMI and component video ports. The latter is pretty much par for the course, but only one HDMI is pretty stingy these days, especially considering that more and more HDMI source devices are appearing – Blu-ray, HD DVD, PS3, Sky HD etc. You also get a D-SUB PC input, along with S-Video and composite inputs. Unusually, Atec has included both coaxial and optical digital audio outputs, just in case Freeview starts to broadcast Dolby Digital sound and you have an external amplifier or decoder. Finally there’s a couple of Scarts, one of which is RGB.

Obviously the inclusion of the digital audio outputs give away the fact that this TV has a digital tuner built in, which is quite a novelty at this price point, especially when you consider that it has an analogue tuner too. The digital tuner managed to lock onto the full complement of Freeview channels, even from the dodgy reception area of the TR offices. I also liked the way that when you change channels it tells you what’s currently showing and what’s on next. I was therefore surprised at how disappointing the EPG is. You can only look at the schedule for the currently selected channel, one day at a time – not ideal. You’re also stuck with the basic Freeview channels, because the Atec doesn’t have a CI slot, leaving you without the option for upgrading to subscription channels.


The hybrid digital/analogue tuner does give you the option of some picture in picture fun though. You can have an analogue channel playing in the corner of the screen, or even have the screen split 50/50 between the two. Of course this isn’t anything new, but it’s unusual to see it in a budget TV like this one. 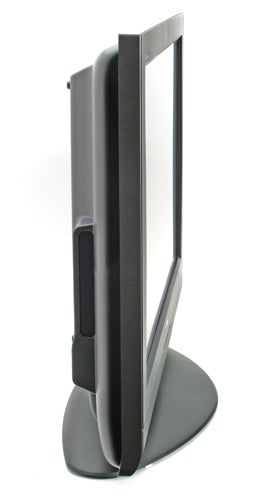 Atec quotes a luminance of 500cd/m2, which is par for the course, while the quoted 1200:1 contrast ratio is well above average, but also very optimistic. I say that the quoted contrast ratio is very optimistic because the Atec exhibits very black levels. No matter how I adjusted the set, the pictures always maintained that grey cast that used to commonly plague LCD screens. To make matters worse, even though it’s nigh on impossible to achieve a solid black level, the Atec still managed to lose detail in dark areas. What’s interesting is that even though Atec’s website quotes a 1200:1 contrast ratio, as does Spot On (the supplier of the sample), the user manual that came with the AV371DS lists a far more believable 500:1 contrast ratio!

Thankfully the woeful black levels are the only serious complaint with the Atec’s picture quality. Firing up King Kong on HD DVD produced an amazingly vivid image – the lush jungle looked so real, you could almost reach out and touch it. If you’re going to be watching bright and vivid HD content on the Atec, you’ll be surprised at how good this TV can look. But unfortunately, even with a diet of HD content that black level problem still rears its head. Switching to Apollo 13, also on HD DVD, left you following the plight of Tom Hanks and company lost in the vast greyness of space. Likewise, playing Gears of War on the Atec lost some of its dark and foreboding atmosphere. 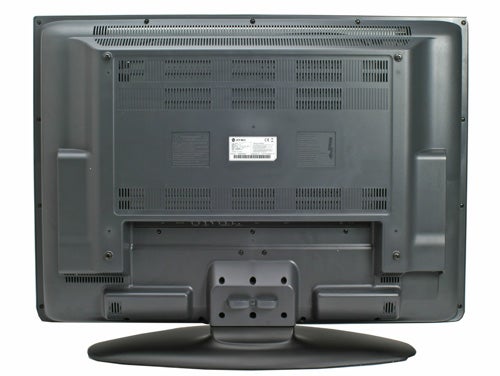 Surprisingly the Atec handled standard definition sources quite well, whether from its in-built digital tuner or from a DVD. In fact, even the pictures produced by the analogue tuner weren’t bad, but once again everything looked slightly washed out with a distinct lack of anything approaching true black.


The two speakers mounted below the screen try hard to add some aural drama to the proceedings, but unfortunately they can’t quite pull it off. Although the speakers can pump up to a decent volume, the sound is somewhat muffled and it can be difficult to hear the dialogue over the effects and score. 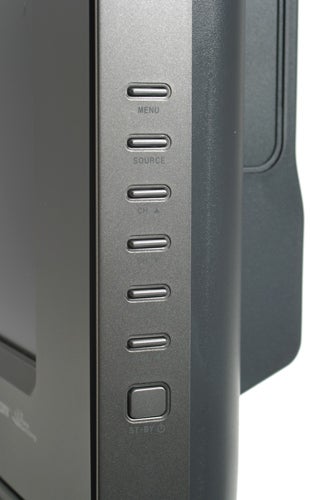 
The Atec AV371DS is not without its problems, but it’s also very keenly priced at £821.09. That’s a good deal for an HD Ready 37in LCD TV with an integrated digital tuner and if you’re set on this size of screen it’s worth considering. For me though, I’d rather drop down a few inches and go for the excellent Toshiba 32WLT68 with its two extra HDMI ports, impressive black levels and sleek design.