Asustor is a dedicated storage division spun off from Asus and the 204TE is its new premium consumer-focused NAS. As such it packs in four drive bays and backs them up with a heavy multimedia focus, including the ability to connect the NAS directly to a TV via HDMI. It isn’t often you see a NAS come with a remote control, but with the AS-204TE isn’t any ordinary NAS. 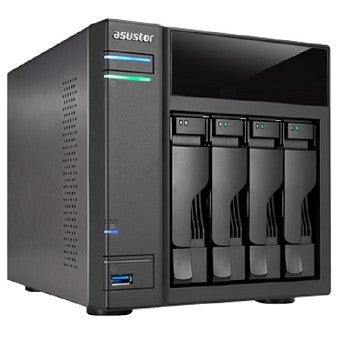 Consequently there is some irony that the Asustor 204TE doesn’t look particularly consumer friendly. Like its range of routers, Asus’ NAS are also aggressively styled and the company makes no attempt to cover up its drive bays like most rivals. This is odd considering the prominent role Asustor expects it to play in your home theatre and at 230 x 185 x 170mm and 3.4Kg (unpopulated) it is one of the heftier four-bay consumer NAS around.

Asustor also eschews the recent trend for tool-less bays with the 204TE requiring drives to be screwed into bay holders and they slide in and out with an industrial clunk. The downside is this approach is a little more long winded to setup (more later), but it does mean the Asustor 204TE is very well built. It also has a whisper quiet 120mm fan that registers in the 25-30 decibel range. 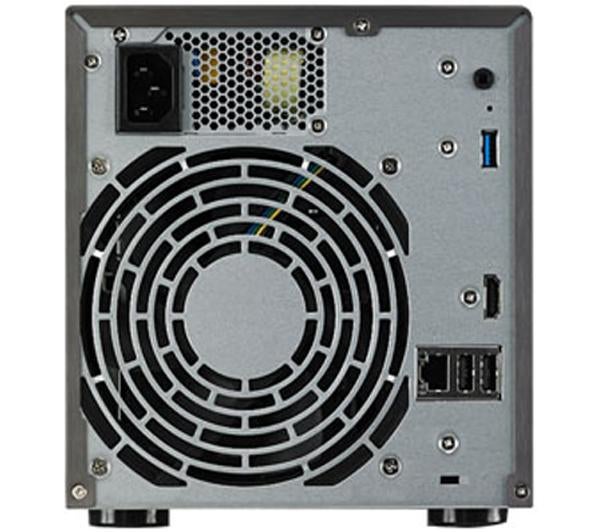 Love or loathe looks of the 204TE, having an HDMI 1.4a port remains a key differentiator in this market and Asustor hasn’t skimped on the media functionality having integrated the excellent open source XBMC home theatre software. XBMC is a good choice since its wide codec support plays just about every file format and it is also backed up with the SoundsGood web-based music player for all stored music.

In fact, both these programs are just the tip of the iceberg, as Asustor follows Synology’s lead with its own app store that includes Boxee, uTorrent and even ports of popular software like Chrome and the iTunes and Logitech media servers.

Asustor doesn’t pull up short on the hardware front, either. The 204TE has an Intel Atom 1.2GHz dual core CPU at its heart along with 1GB DDR3 RAM. There are also 2x USB 3.0 and 2x USB 2.0 ports for further expansion, though just a single Gigabit Ethernet port. Given its multimedia focus the 204TE also sports two additional usual features for a NAS: a 3.5mm audio jack and an infrared receiver – the latter because Asustor includes a remote control. 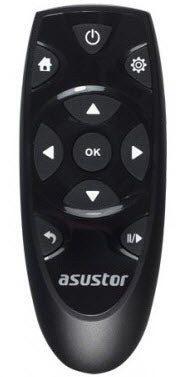 The remote is basic (and doesn’t come with the 2x AAA batteries it requires), but it is simple and negates the need for a mouse – which is the primary requirement in this arrangement. It is also responsive (as long as you don’t bury the NAS in a drawer) and when pressed the buttons aren’t spongy like most cheap remotes and spring back with a satisfying snap.

Another Asustor staple is its ‘system migration’ that allows users to switch their drives into another Asustor NAS with more drive bays, should you wish to expand. This is useful, but it does hide a significant shortcoming. For all its support of single disk, JBOD, RAID 0, RAID 1, RAID 5, RAID 6 and RAID 10, Asustor does not have an array that can dynamically expand the volume without changing everything.

This means all disks must be upgraded to equal capacities before the volume will expand, rather than taking advantage of individually larger drives as they are added. This makes storage expansion far more expensive than it would be using Netgear’s X-RAID, Synology Hybrid RAID or Drobo’s Beyond RAID, among other, and is a significant disadvantage for a consumer product. 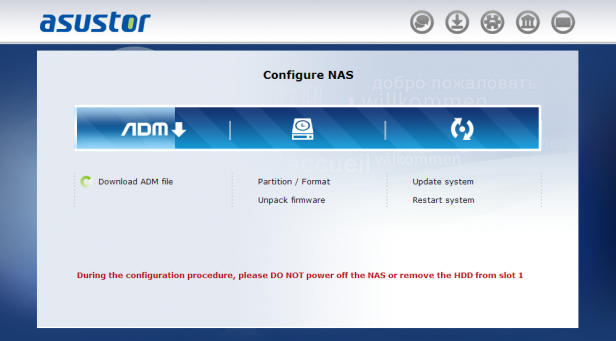 As mentioned, Asustor has yet to embrace tool-less bays so the 204TE requires a screwdriver to fix each HDD to its bay. This isn’t as fast, but it does mean drives feel secure and bays can fit 2.5-inch drives without an adaptor. One bizarre quirk, however, the screws Asustor provides have heads that are too thick to accommodate 2.5-inch drives is the first drive bay. This is unlikely to affect many, but as we test with SSDs to eliminate any drive bottlenecks it did inconvenience us.

Aside from this, setup is straightforward if not quite as slick as class leader Synology. 204TE owners must download the ‘Control Center’ software from the Asustor website (or use the supplied CD) to detect the NAS and begin the setup process, but beyond this point it is all browser based. Intelligently the wizard checks and updates the firmware before you choose your RAID type and password so you’re running the latest platform to minimise the chance of errors. 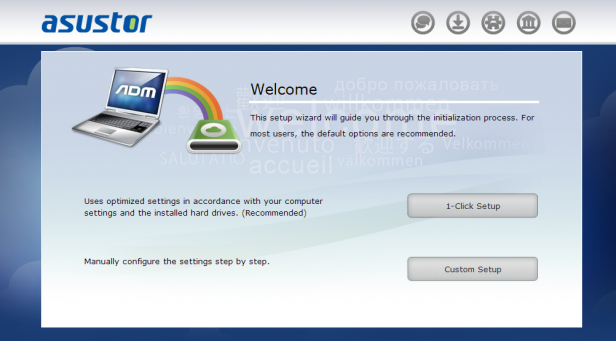 Oddly, though, the wizard confuses more basic items such as time zone (it correctly guessed GMT, but chose Casablanca!), opted for a US date format and – more forgivably – a 12-hour clock. 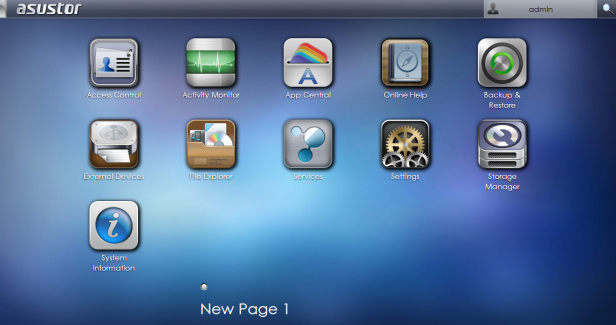 That said, once up and running using the Asustor ADM 2.0 platform couldn’t be simpler. It takes heavy design cues from Apple’s iOS with a grid of icons and combines it with some of Windows’ usability with right click mouse options. This doesn’t quite deliver the depth of user flexibility as the Synology DiskStation Manager (particularly with its new 5.0 beta), but newbies won’t feel overwhelmed.