On the inside the Asus ZenWatch is pretty much identical to the rest of the Android Wear fraternity. It runs on a 1.2GHz Qualcomm Snapdragon 400 processor with 512MB of RAM and 4GB of internal storage – there’s no storage expansion here.

For sensors you get a 9-axis accelerometer, barometer, compass and gyroscope so it can do some basic fitness tracking and navigation. There’s also a heart-rate monitor, though this relies on you holding a couple of fingers on either side of the face, which is awkward to do while exercising. It also takes a good long while to provide a measurement, and it’s not very accurate even when it does.

Elsewhere you’ve got an embedded microphone which does a good job for listening to spoken instructions and there’s a vibration motor to give you some kinetic feedback to notifications. Crucially it’s water- and dust-proof too, with an rating of IP68. 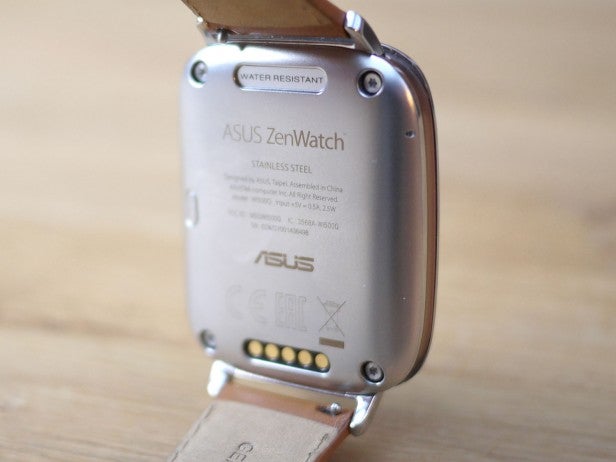 Although a widely adopted platform for this flurry of new smartwatches, Android Wear is actually a key part of the problem with most of them. And sadly Asus’ implementation doesn’t do a lot to fix the issues.

The key problem as far as Asus’ version is concerned is the aforementioned lack of any buttons, meaning all functions rely on touchscreen input. This is particularly irksome if you have the display set to turn off when not in use, rather than constantly show the time, as it means you can’t activate the screen when wearing gloves. Conversely it means you quite often accidentally activate it, when having a dedicated button would prevent both these things.

It also means you can’t perform the double-tap and hold-down shortcuts to get to other parts of the interface, like the settings menu. 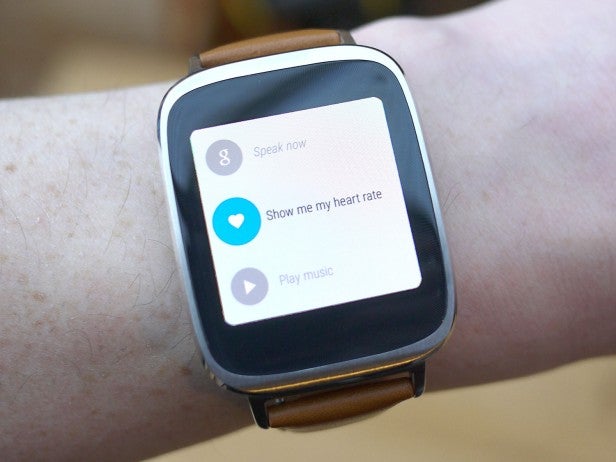 Mainly, though, it’s just that Android Wear is a fairly clunky operating system all round. The combination of up, down, left and right swipes that gets you round the interface is confusing and some of the gestures are just awkward to get right.

In fact, this watch seemed to be worse than some for the particular gesture of closing the main function menu – that which shows things like ‘Play Music’ and ‘Show me my heart rate’ and appears when you top the clock face. It requires a swipe from left to right and it just plain doesn’t work half the time.

Really basic stuff like scrolling is clunky too, though this is again more the fault of Android Wear. The interface expects you to be really precise and slow with your movements, otherwise items slide on by. On a tiny watch face mounted on your wrist this makes it incredibly difficult to select the option you want first time. 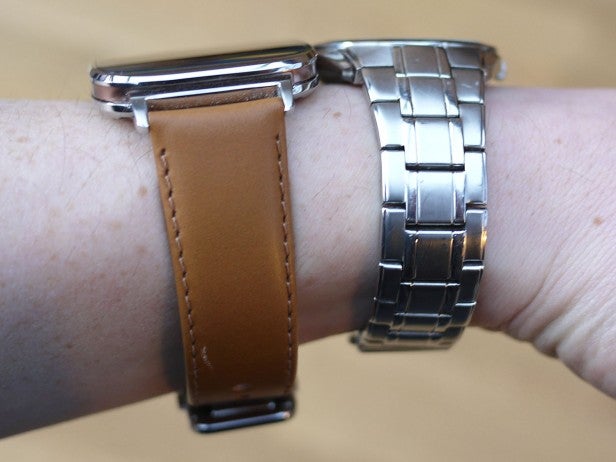 Something of a saviour is the
voice recognition, which actually works well and is by far the quickest
way to get to many functions. It’s just a shame most of us still aren’t
all that comfortable talking to our wrists.

One thing Asus has
done quite well is provide a reasonable selection of clock faces.
Certainly there are some fairly stylish ones, though we did find
ourselves wishing for a couple more basic digital versions as well as
more analogue versions that actually have numbers on the markers.

Just
to highlight what you can do with Android Wear, it will provide neat
navigation instructions via GoogleMaps (giving you little buzzed
notifications to indicate whether to turn left or right), control music
playback, track your steps, take a voice recognised note, set a timer or
alarm, send a message and much more thanks to the availability of apps.
So under all the clunkiness is a fairly powerful system. 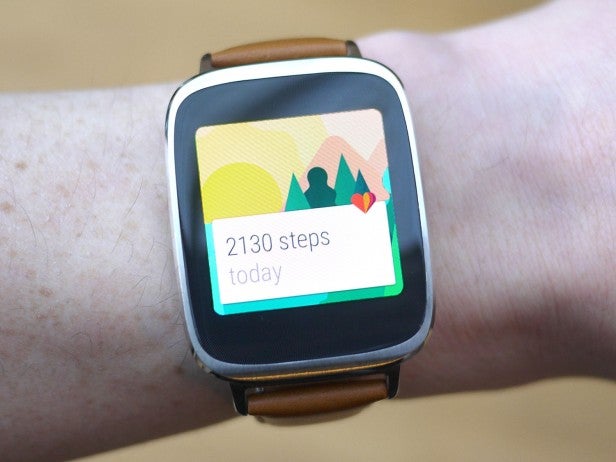 Asus
has also created its own app for managing your ZenWatch. For the most
part it just mirrors features you can set up via the watch, but there are a
couple of neat additions such as the ability to have the watch unlock
your phone when in proximity. It can also be used to set up an SOS
message to be automatically sent from your phone. Plus it’s quite
useful to be able to control some of the watch’s features from your
phone, such as the flashlight.

Overall, though, we’ve yet to find
a killer app that really makes an Android Wear smartwatch, and in this
particular instance the ZenWatch, a must-have. In some ways Samsung has
actually taken the right approach here by having a fairly bulky device
that includes a load of extras, including a headphone jack so the watch
can be used for music playback independent of the phone, an IR blaster
for changing TV channels (makes much more sense on a watch than a phone)
and, yes, a button! Then again, it doesn’t run Android Wear so has its
own issues.