Hands-on with the Asus Zenfone 4 Max

Camera tech may be the current arena in which most phone makers are battling for supremacy, but for me, battery life is where they should be focusing (pun intended). It’s the Achilles heel that’s held back numerous top-end handsets, and I’ve rarely found a flagship that can even last more than one day off a single charge.

The only phone I’ve known in recent memory to offer real stamina was the wonderfully affordable Lenovo P2, which has now sadly been discontinued, leaving a huge gap in the market. Fortunately Asus has come rushing in to fill the gap with the Zenfone 4 Max. 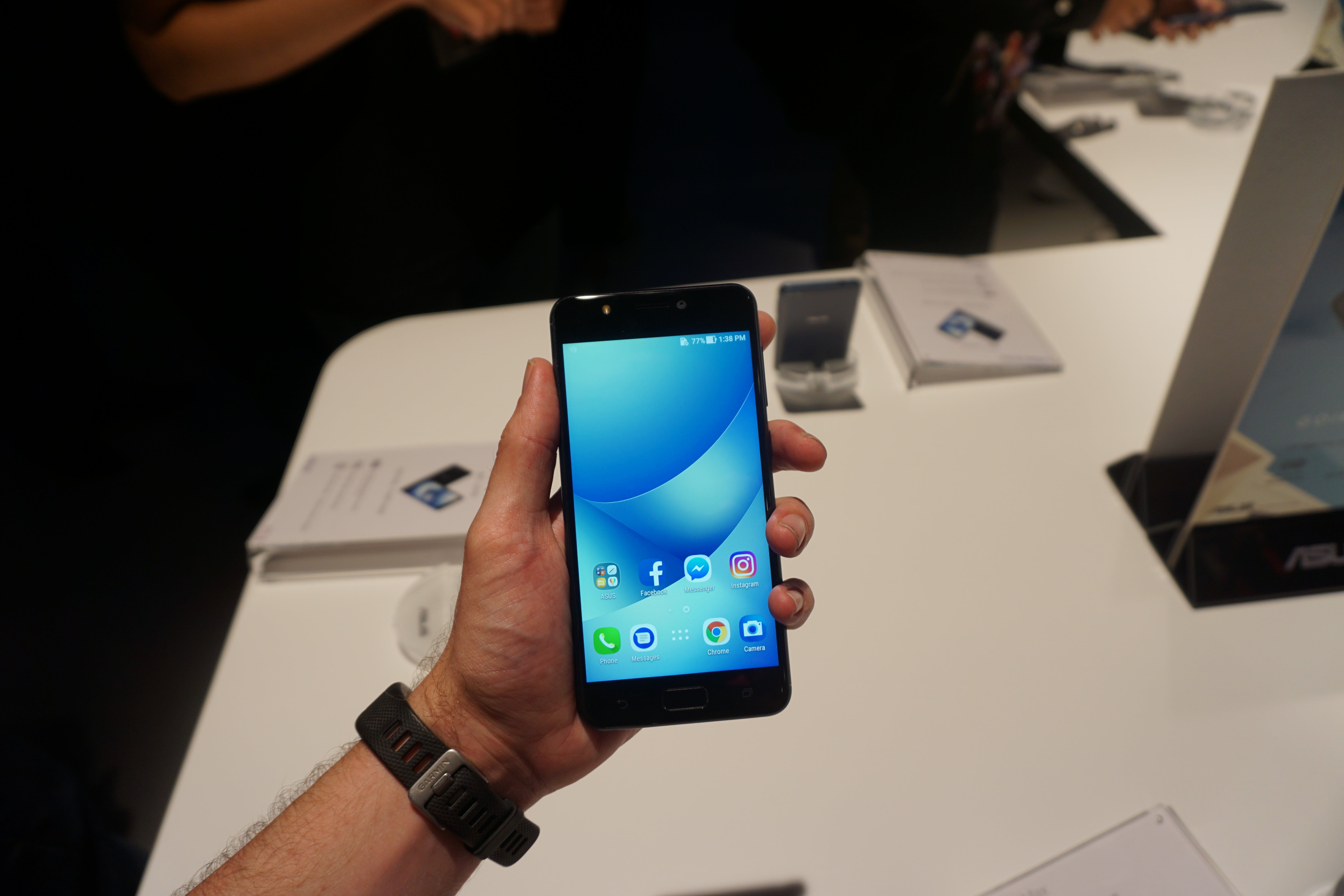 The Max is the most affordable option in Asus’ current lineup. The £250 handset sits below the base £450 Zenfone 4 set to hit Europe in November, and well below the Gigabit LTE-enabled Zenfone 4 Pro, which is yet to get a European price or release date.

The 5.5-inch Zenfone 4 Max’s standout feature is without a doubt its ridonculous 5000mAh battery. The cell is just 100mAh smaller than the one in the old Lenovo P2, and makes the Moto G5 Plus’ 3000mAh battery look outright dinky.

Asus claims the large battery, combined with its PowerMaster optimisation tech, means the Zenfone 4 Max will last two to three days off a single charge with regular use. It’ll also allegedly offer users an “incredible” 46 days of 4G standby time and 22 hours of video playback. 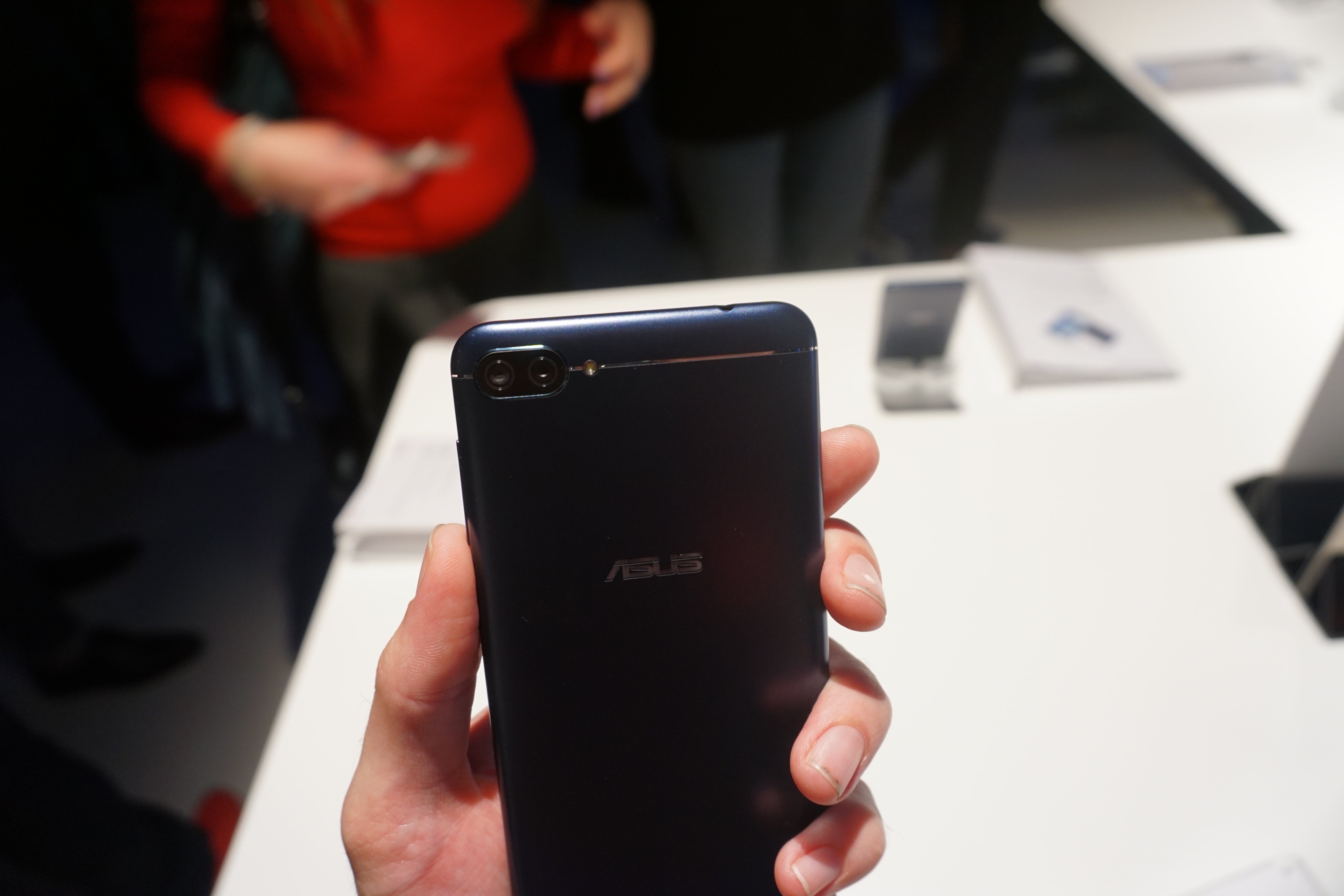 I didn’t get a chance to run any battery tests or benchmarks during my hands-on time, but I’d take these claims with a pinch of salt, as the company didn’t disclose its testing methodology. And even the P2 didn’t come close to matching those figures.

But even if only a fraction of Asus’ performance claims ring true then the Zenfone 4 Max could have one of the best battery lives on the market when it launches on October 6.

I’m also pleased to see Asus has designed the phone to function as a power bank for other devices, via an included Micro USB adapter cable. Asus may not be the first company to do this, but in the past I’ve found the ability to quickly top up other devices using my phone or tablet can be useful, especially if you have separate work and personal handsets. 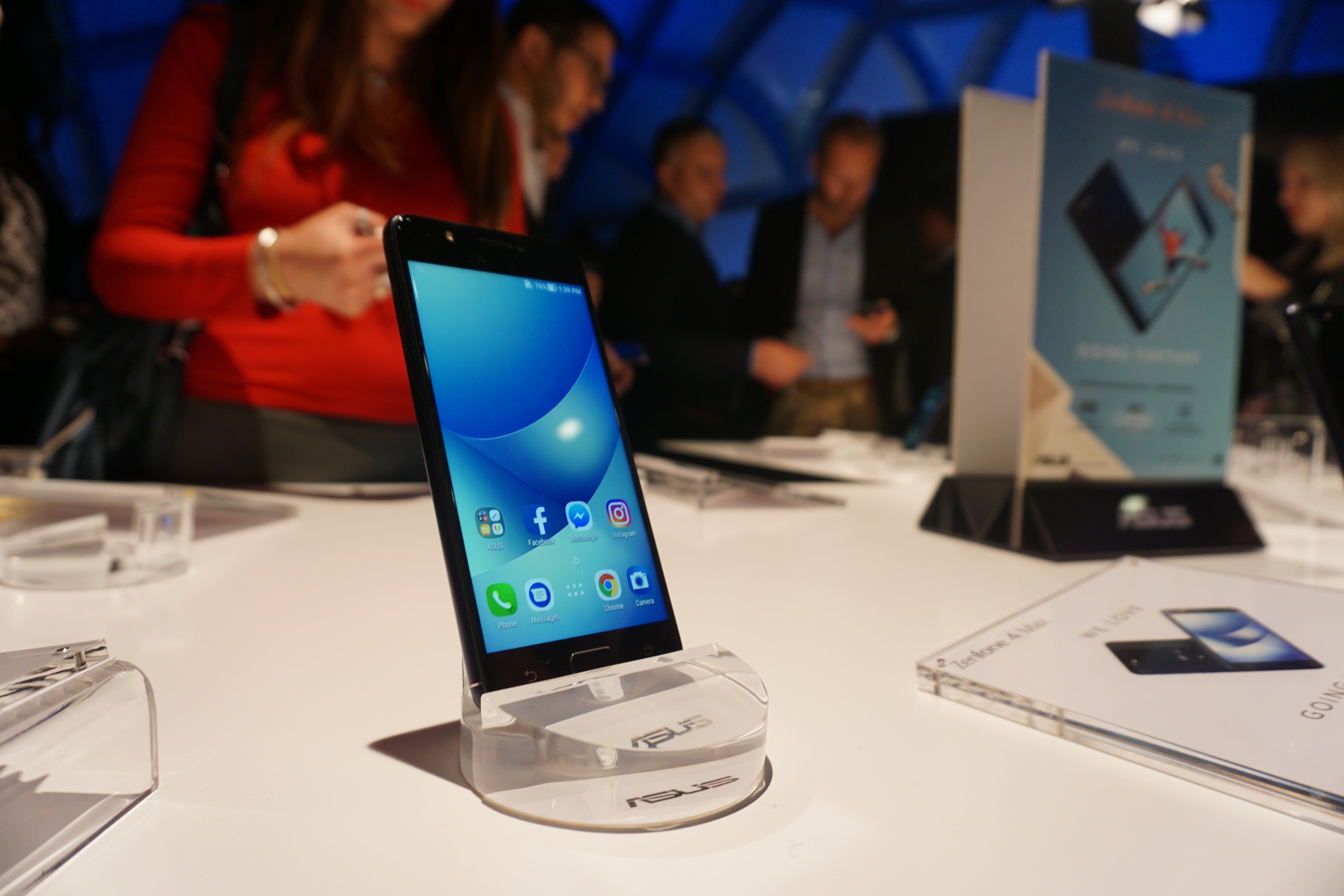 Asus has made several changes to the base Zenfone 4’s specs to keep the Max’s price at a cool £250. For starters, Asus has ditched the mixed metal and glass design seen on its more expensive handset. Instead you get a basic all-metal chassis. Personally I’m not hugely upset by the move and think it gives the Max a sleek look not dissimilar to the Moto G5S Plus, but some may feel it makes the Max look a little old-school.

Outside of the use of an older Micro USB charging port, the Max has most of the trimmings of a modern smartphone, featuring a front fingerprint scanner and dual-lens rear camera setup that pairs a 13-megapixel main camera with an 8-megapixel 120-degree wide-angle camera. 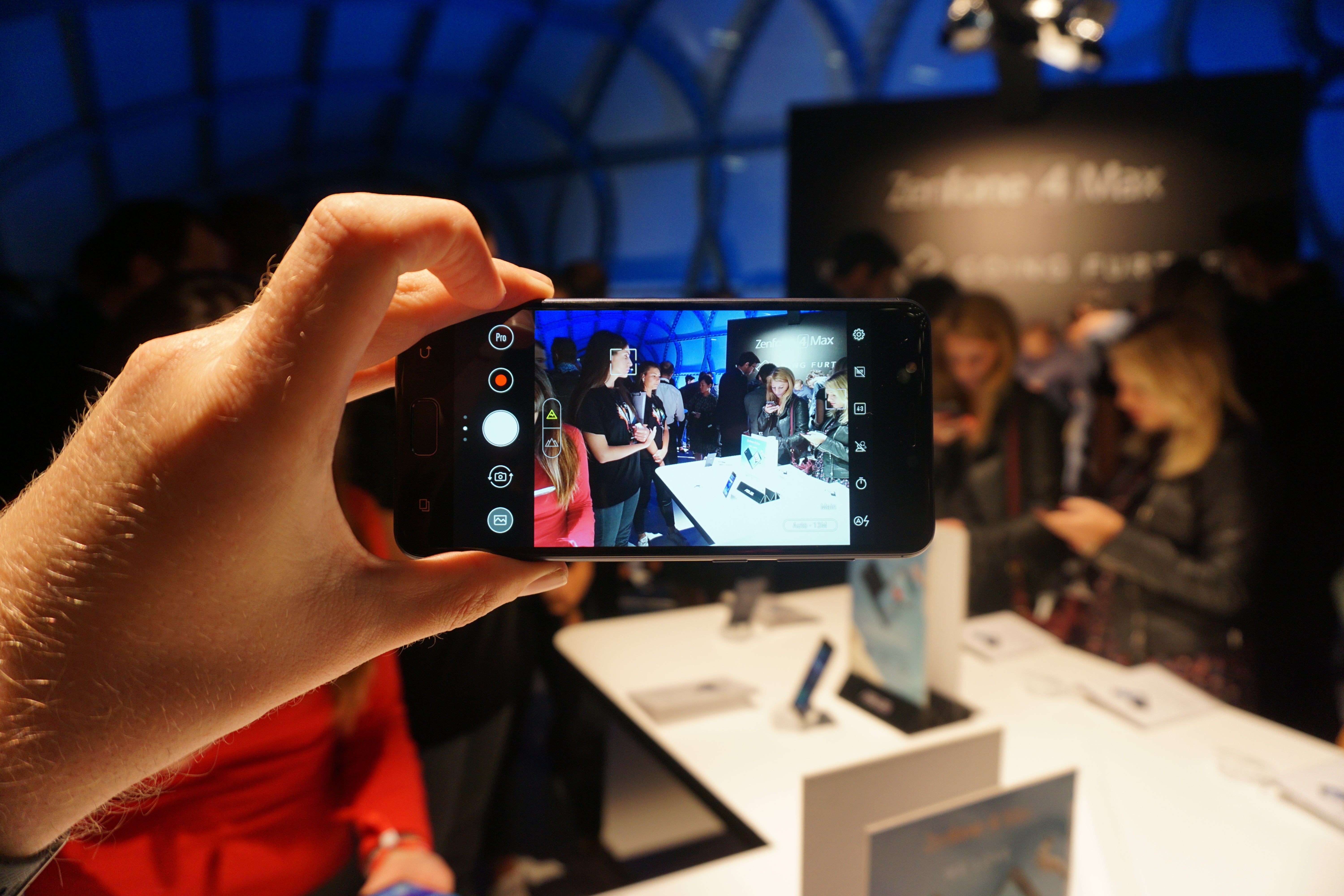 Some people may bemoan the fact that the camera has a downgraded f/2.0 aperture compared to the regular Zenfone’s f/1.8, but for £250 what do you expect? The 5.5-inch IPS display is also par for the course at this price point, and at first glance appears no better or worse than those on most mid-range handsets.

Blacks aren’t the inkiest around and colours by default aren’t the most vibrant. But white levels looked reasonably clean and the screen wasn’t horribly overcooked, which is a regular issue on cheaper phone displays.

Running on the latest version of Android Nougat overlaid with Asus ZenUI and with an upgrade to Oreo, its software is cutting-edge.

What are slightly more disappointing are the downgraded internals. The Max runs using Qualcomm’s lower-end Snapdragon 430 processor. In the past I’ve had serious issues with handsets running on 4-series CPUs, which place power efficiency over performance at pretty much every level. I didn’t get to run any demanding processes such as 3D gaming or synthetic benchmarks during my hands-on, but even running basic tasks, like web browsing, video streaming and snapping photos, I noticed a marked speed drop compared to the regular Zenfone 4.

All the processes ran smoothly enough, but there was a millisecond delay compared to regular Zenfone. Apps took a fraction of a second longer to launch and the phone camera, which was admittedly being used in very difficult mixed lighting, occasionally stuttered.

Hopefully these jitters will turn out to just be early teething problems when I get to more thoroughly test the Zenfone 4 Max. 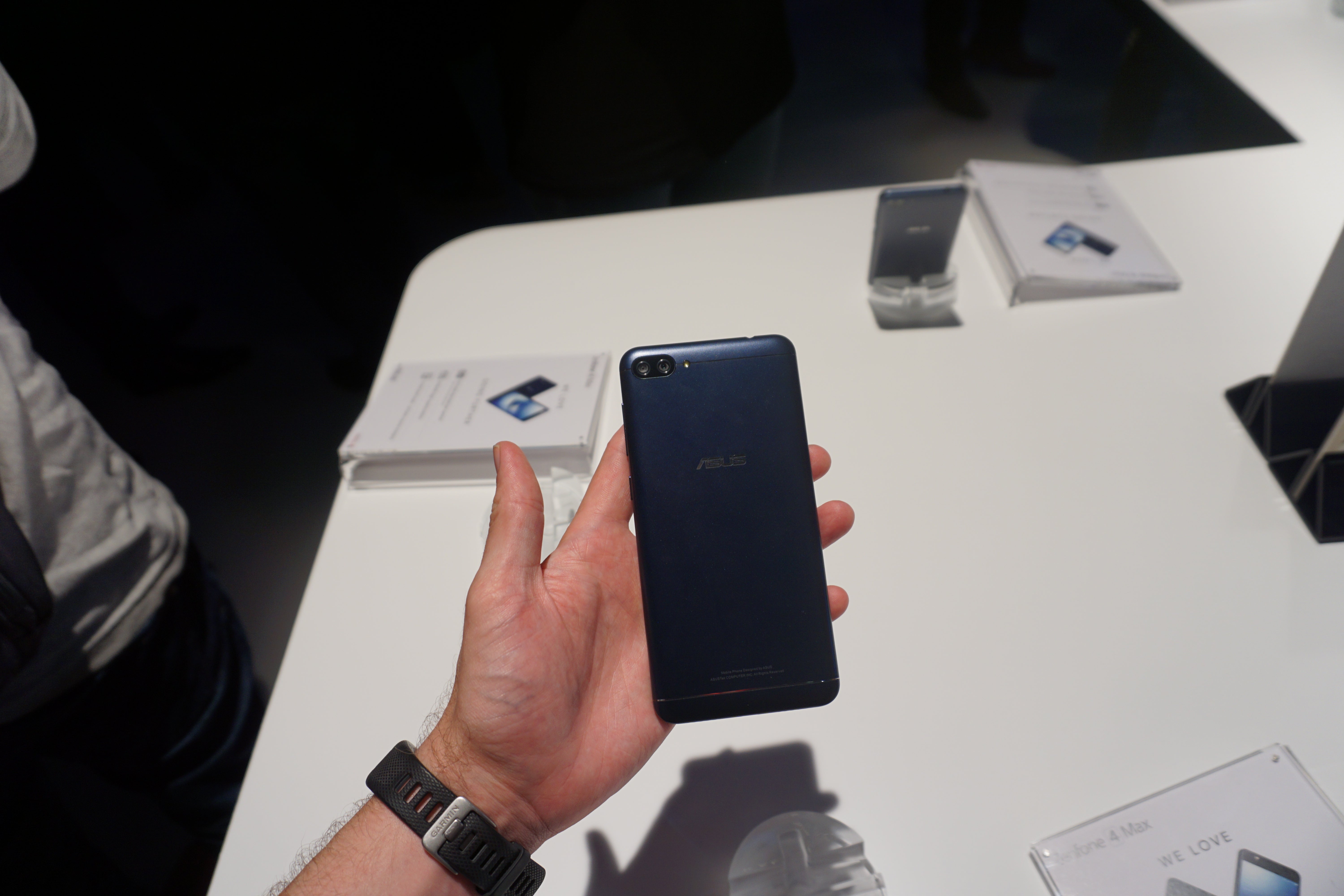 The phone market is currently in serious need of a smartphone that can fill the gap left by the Lenovo P2. If the Zenfone 4 Max can deliver on even a fraction of the company’s battery claims, it could be the phone that plugs it.

Featuring a giant 5000mAh battery and most of the trimmings expected of a modern smartphone, the Zenfone 4 Max has the chops to be a rival to Lenovo’s Moto G family, which still rules the roost at the affordable end of the market.

My only concern is that its Snapdragon 430 CPU may make it slightly slow and cumbersome to use.