It’s one more bloody nose for the Macbook Air

Asus has always the taken the challenge to Apple’s MacBooks harder than most. The ZenBook X305 is it’s latest effort. It’s 13-inches, as thin as low-calorie bread and has a glorious QHD resolution screen.

The ZenBook X305 will go on sale early next year. No price was announced. 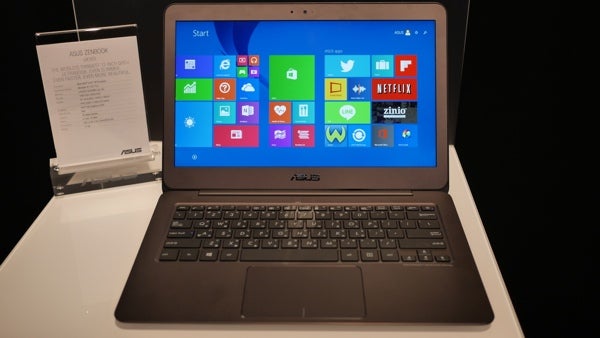 The lid comes adorned with Asus’ signature concentric circle design. It looks smart despite being a fingerprint magnet. All told, if you can find serious fault with the design then you’re very picky. 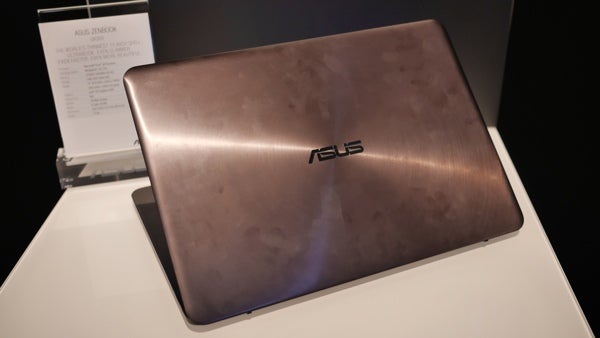 The screen, meanwhile, is a peach. The 3,200 x 1,800 QHD resolution is exactly as sharp as you expect it to be, but it’s also a quality panel. Blacks and colours are rich and deep, viewing angles wide and it’s very bright.

Better still, it’s a non-touch screen and has a non-glare finish. These last two points are key. Yes, some will miss the touch ability, but what you lose here you gain in outdoor visibility and a lack of reflections. The bright lights of press events are notoriously bad places to shoot screens, but you wouldn’t know it looking at the ZenBook’s screen.

A touchscreen version is planned as well apparently, but the non-touch one would be my pick. This counts double considering considering Windows 9 (probably) won’t be as touch dependent as Windows 8. 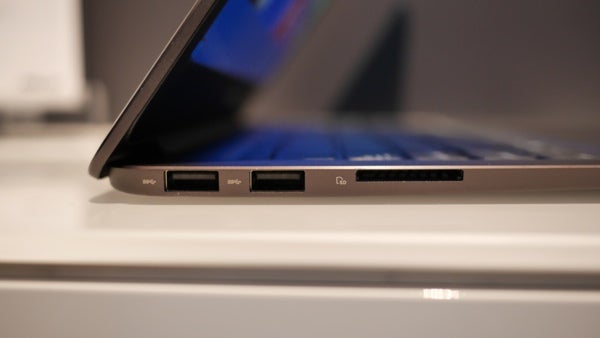 The other interesting aspect is that the X305 runs on Intel’s new Core M processors. Asus didn’t hand out specifics about what processor it will use, but this new low-power processor should boost battery life and performance.

Intel claims the Core Ms are up to 45 per cent more efficient and produce up to 60 per cent less heat. It also has better graphics thanks to an Intel HD 5300 chip. Cooler, quieter and faster are three things we like. 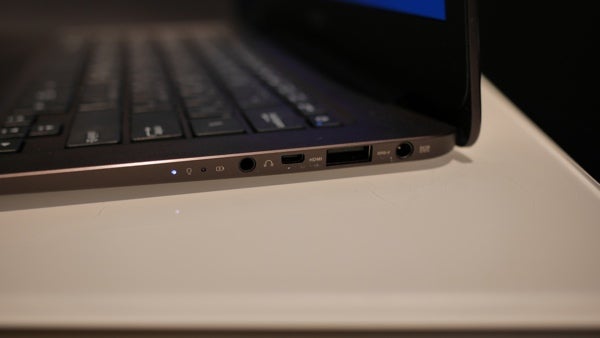 Elsewhere, the spec sounds just like any ultrabook. There’s up to 256GB of SSD storage, a smattering of connections that include three USB 3.0 ports and a micro-HDMI output.

The battery is a 6-cell, 45Wh unit and though we don’t have official numbers on battery life yet, anything upwards of eight hours and or more is realistic. 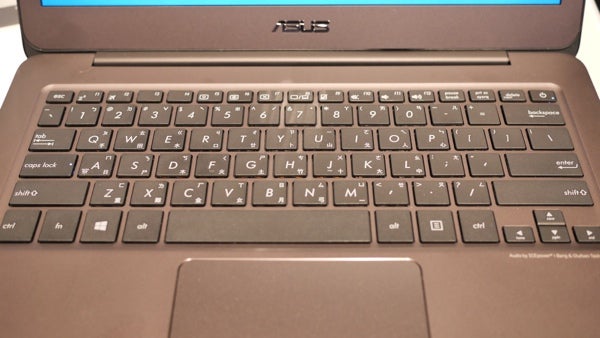 I didn’t have a huge amount of time to test these items, but neither set off any alarms. The touchpad is nice and large and has a smooth, pleasant finish.

The keyboard, meanwhile, doesn’t look or feel different to previous Asus ultrabooks.  That’s either a good or bad thing depending on your experience, but I’ll leave the benefit of the doubt for when I’ve had a proper time to try it. 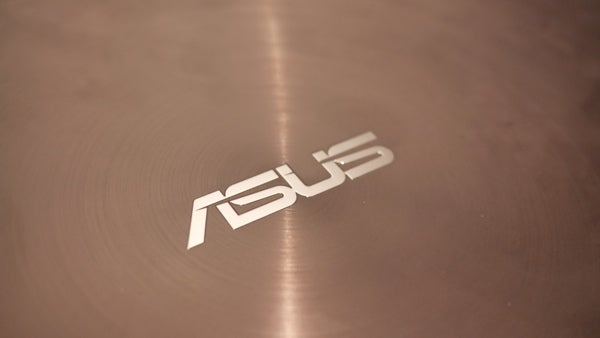 It’s not coming out until next year, and has no price as yet, so the question is should you be excited by this? Yes, but expect rivals. We’re bound to see more Intel Core M laptops in the coming months, and we wager Apple can’t be far away from a similar upgrade to the Macbook Air.

But with that caveat navigated, it’s clear Asus has produced another fine ultrabook that should please any laptop buyer. It also gets extra brownie points for offering a non-touch, non-glare option. The screen looks better for it.