This top-end version of the UX330UA is a great performer, largely thanks to its decent dual-core Intel Core i7-6500U processor that runs at up to 3.1GHz when it’s cool enough. It’s more than capable of running everyday computing tasks such as web browsing and word processing. With 8GB of RAM on board, a bit of light photo editing is also possible. 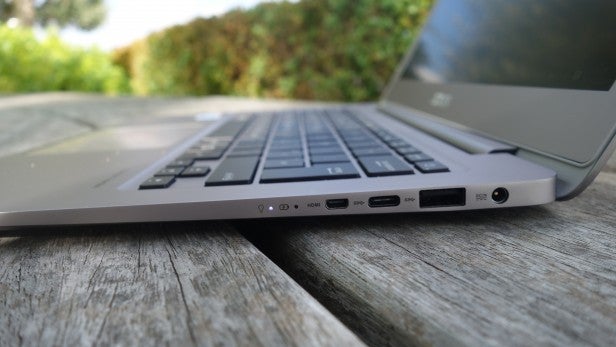 In TrustedReviews’ quantitative benchmarks, it scored a puzzling result up against the super-thin HP Spectre, consistently putting in Geekbench 3 and PCMark Home scores that were between 10% and 33% lower. This could be down to a couple of things. First, HP’s cooling system is an advanced, hyperbaric design that actively sucks in cool air. This makes it ridiculously noisy, but it clearly works. Second, HP’s SSD appears to be much faster, which will also help quite a lot.

Note that the Spectre is nearly £500 more expensive, so a slight performance deficit from the Asus is forgivable. Still, in tasks such as batch photo-editing jobs, the Spectre will be noticeably faster.

Unless sitting idle, the cooling fans in the UX330UA are always audible. If you’re doing anything remotely intensive, such as running a web browser with a couple of tabs open at once, you’ll hear a very audible whoosh. This is slightly irritating and far more intrusive than the MacBook Air, which tends to wait before kicking up a fuss. 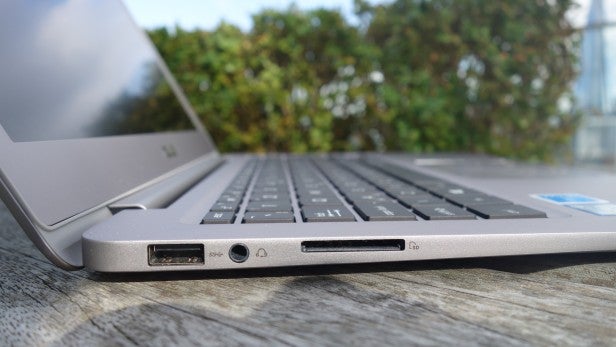 The upshot is, even at their worst, the fans on the ZenBook UX330UA are never as noisy as the HP Spectre or MacBook Air at full tilt.

Performance from the SSD is excellent, with it achieving 492MB/sec read and 435MB/sec write speeds. This helps contribute to a very sprightly overall feel. 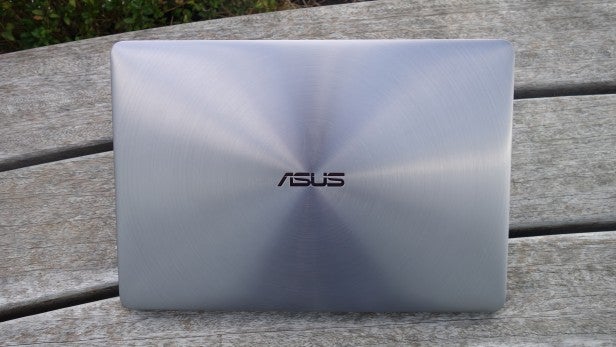 I was underwhelmed by the UX330UA’s battery life. It managed 5hrs 50mins in our Powermark test, which subjects the machine to a sequence of simulated browsing and video watching tests. In the Netflix test, with the Asus’ screen set to 140-nits brightness, it lost 15% of its charge in one hour – which suggests around 6hrs 30mins of streaming at a fairly low brightness. For moderate work it’s unlikely that the UX330UA will see you through a full day without the charger. Luckily, the power brick is pretty small, and is integrated into the plug.

The slightly larger Lenovo IdeaPad 710S managed more than eight hours in the same test, and the Dell XPS 13 could run easily for seven hours, if not longer. 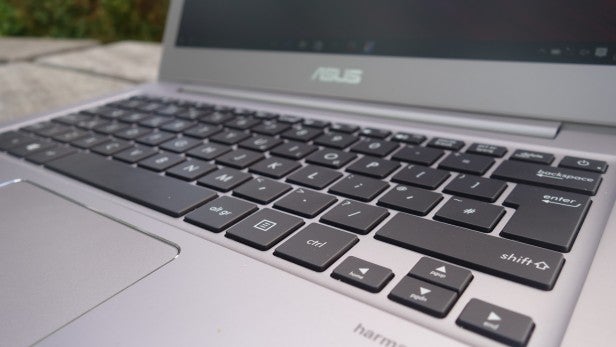 Should I buy the Asus ZenBook UX330UA?

The ZenBook UX330UA is undoubtedly cheaper than most of its premium rivals, but at its current pricing it’s £100 more expensive than the fantastic Lenovo IdeaPad 710S.

If you’re looking to spend around £800 on the most powerful ultraportable you can buy then the Lenovo IdeaPad 710S is a much better deal. If you want premium build, go for the Dell XPS 13 or MacBook Air, which cost the same for a lesser specification but make up for it with wonderful design.

This leaves the ZenBook UX330UA in the middle, and while it has plenty going for it, it does nothing exceptional.

A thin, light and fast laptop that’s outshone by its rivals.