One of the great strengths of the original ZenBook UX305 was its superb quality screen, and on first impression the UX305CA appears to benefit equally. The matte-finish IPS panel has offers good viewing angles and keeps reflections to a minimum. It’s also bright and displays punchy-looking colours, while still appearing to be able to create a reasonable black level.

However, on firing up my colorimeter it became evident that things weren’t quite as impressive as they initially seemed.

The screen proved to have quite a poor contrast ratio of just 476:1, which is among the lowest I’ve recorded in some time. I’d hope a decent IPS screen would deliver around 1,000:1, with 600:1 generally being the level where there’s obvious greyness to blacks or dullness to whites.

The culprit here is a black level measured at 0.8 nits, which is around double what most laptops can manage. So despite a relatively high 403-nit white level, the overall contrast is pulled down. 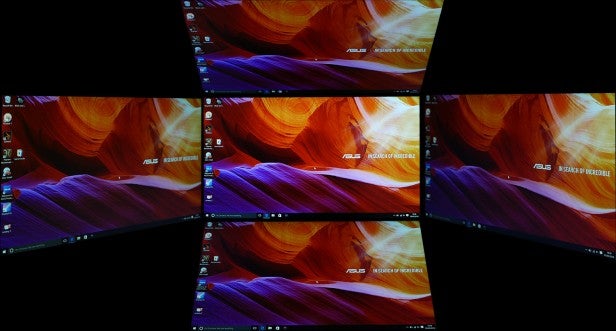 Oddly, this isn’t really evident in general use. I fired up a few widescreen movies – so there are black bars on the top and bottom of the screen – and none displayed any sense of a washed-out greyness. Likewise, I opened up a black-and-white image, shown below, and compared it to one displayed by my ViewSonic VP2770 – a good-quality monitor with a much better measured black level – and the Asus wasn’t obviously worse, aside from a slightly green tinge.

The upshot is that, for most users, this screen will suffice – even when it comes to watching video and viewing photos. However, those who regularly edit images and video should steer clear. 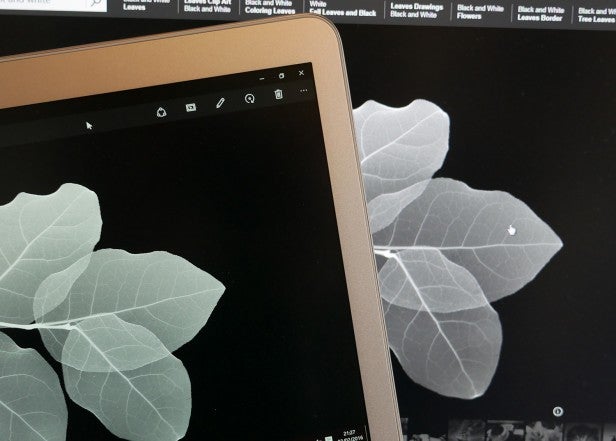 Compared to a quality monitor, the UX305CA’s screen looks okay

The other consideration here is the high resolution. At native resolution everything on-screen is super-small, so you’ll need to engage Windows’ scaling to enlarge text and icons.

Out of the box Windows automatically scaled by 250%, but this is unnecessarily large. I dropped this back down to 200%, which also makes much more sense since it’s a straight doubling of pixels so there’s less chance of the image looking slightly soft or blurry due to the scaling.

At native resolution everything is comically small, while Windows defaults to a massive 250%

Even set to this level, however, there were regularly occasions where certain apps didn’t work with the scaling, appearing really small.

It’s a problem that plagues the majority of Windows laptops and PCs offering high-resolution monitors, and is one key advantage of opting for Apple instead – the tight control of hardware and software means the company manages its high-resolution screens far better.

As a result of all the above, and assuming the 1080p version of this laptop uses the same screen as last year’s model, I’d plump for that version instead, assuming you can get it and it has the right keyboard etc. The Windows experience is more consistent and the overall quality is better.

A surprising triumph of this laptop is the sound quality from its diminutive speakers. They produce surprisingly well balanced audio that’s reasonably loud too. Of course, bass is limited and audio won’t be sufficient for round-the-house listening, but it’s definitely more capable than some laptops, even devices that are considerably larger.

I’ve already mentioned the lack of backlighting on the keyboard, which is a bit of a downer, but otherwise the typing experience is excellent.

The layout of the keyboard is ideal, with keys that aren’t too squashed together and a convenient and logical arrangement of secondary functions. The key action is good, too, with reasonable travel and a nicely defined break point so you know when a key has registered.

Certainly, I experienced no problems touch-typing at a reasonable pace – even in the dark. However, I’d be interested to know how viable it would be to have a handful of important keys backlit. If just the cursor, F and J keys had backlighting, for instance, you’d benefit from having a visual reference to get your bearings for typing, but also save the money on having all the keys backlit. 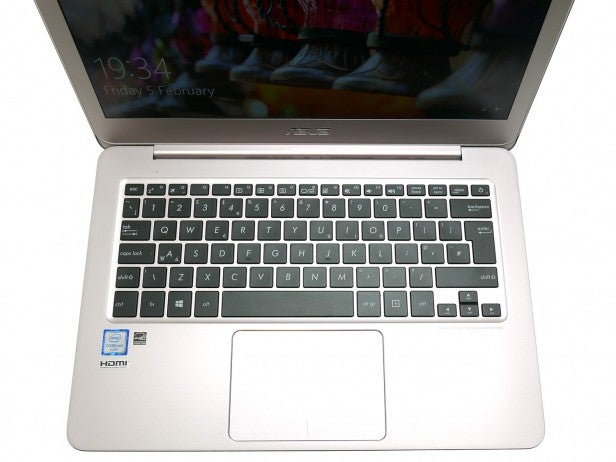 The UX305CA’s trackpad is okay, but not up there with the best. It’s of a good size and is integrated into one single-click piece, which is the style I prefer. It’s also reasonably responsive and tracks accurately.

However, I found my fingers wouldn’t glide very easily across is surface, sticking in certain areas. The click action is also a little stiff, to the point I’d be inclined to rely on the touch input more often than not. These are the sort of niggles you could live with, but going back to a good-quality touchpad is a reminder of what you’re missing out on.

Used as our main laptop for the review period
Tested for at least a week
Used consistent benchmarks for fair comparisons with other laptops
Reviewed using respected industry benchmarks and real world use
Previous
Asus ZenBook UX305CA Review Next
Battery Life, Performance and Verdict Review