For the most part the Zenbook UX305’s screen is a triumph. To have a 1080p IPS display on such an affordable laptop is quite something and the general advantages you’d expect shine through. The relatively high resolution ensures everything looks sharp, while viewing angles are excellent – something which is helped by the reflection-killing matte finish. However, it isn’t perfect.

The two main problems are that there’s a bit of backlight bleed along the bottom edge. This will vary from unit to unit to a certain extent so you may be lucky and get one where it’s less obvious but on our unit there are streaks of light coming up from the bottom edge. You’ll hardly notice them in normal use but when the screen is dark – such as when watching a movie – you can just make them out. There’s also a very slight graininess to the display such that pure blocks of colour – particularly white – look less solid than on the best displays. 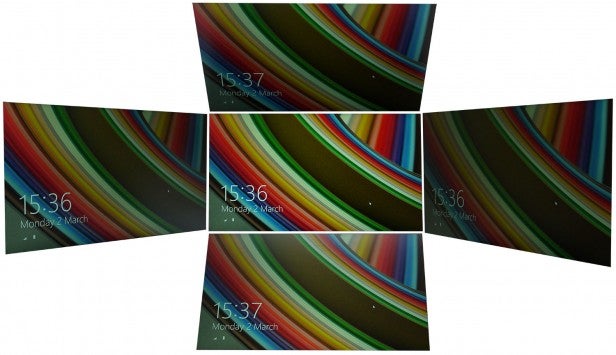 One final issue, that’s actually more of an oddity than an actual problem is that the auto brightness setting is all over the place, randomly brightening and dimming the display every now and then. It seems to be reacting to ambient light but it does so in a very on/off, rather than linear, fashion and you don’t seem to be able to override it.

In all instances, though, we’re being particularly picky and this is still a good display that is ample for general work and entertainment purposes. This is something that’s backed up by our dispcal calibration tests which report the display as having brightness of 313 nits and an impressive black level of 0.23, making for a contrast ratio of 1351:1 – only a handful of laptops do better.

Colour temperature is decent too, coming in at 6692. The DeltaE is also excellent, with a measurement of just 1.07. Coverage of the sRGB colour space is not outstanding, at 83%, but it’s well above average and plenty good enough for casual photo and video editing. Only the most discerning would be anything other than very happy with this display. 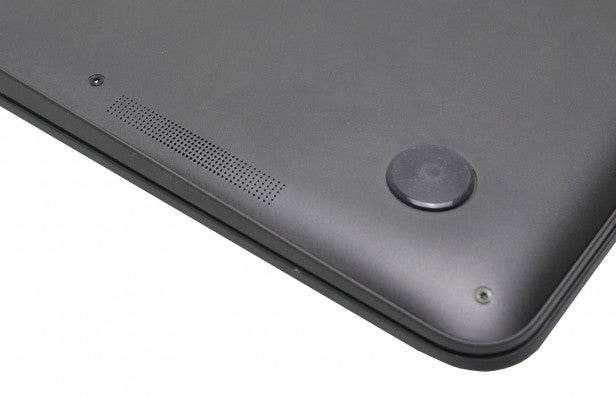 As for sound quality, Asus has enlisted the help of Bang and Olufsen by using its ICEpower technology for its speakers. The pair of speakers sit under the left and right edges of the chassis, where the sound is fired downwards through micro-drilled holes.

The effect is that you get a decent stereo impression with good clarity. Overall volume is pretty low and of course bass is almost completely lacking, so it really is a stretch to listen to music on this thing, but otherwise they get the job done.

As hinted at earlier one of the key limitations of this laptop is its very low-power processor and sure enough this comes through in our benchmarks. A PC Mark 7 score of 4144 may not sound too bad but it is propped up by the fast SSD. Instead the Geekbench 3 score of 4098 really shows how relatively lowly the performance of this machine is.

This also comes across in real world use where we particularly found the machine was that much more prone to freezing up when a rogue advert on a website caused the web browser CPU usage to ramp up. Obviously anything computationally intensive was also noticeably slower so editing video, for instance, is really going to be noticeably slower on this machine compared to your average laptop. 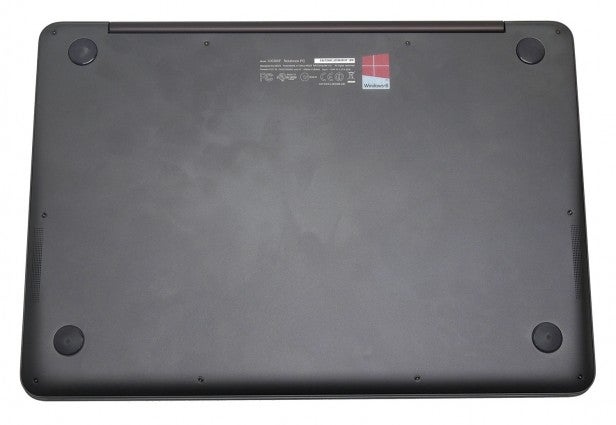 This performance deficit applies double when it comes to gaming. You’ll just about be able to play the most basic-looking of 3D games but anything remotely cutting edge will be essentially unplayable. For instance in the Unigine Heaven benchmark at just 1366 x 768 resolution and with basic graphics settings it delivered just 9.4fps.

The performance picture, then, is clear: this is a machine for general office tasks, web browsing and watching video. Serious workers and gamers will simply need more fire power.

Things couldn’t be simpler when it comes to how noisy this machine gets as the fact it’s passively cooled means it’s always silent, no matter how hot it gets. To help keep the system cool, the lid has a slight overhang at the back, which raises the back of the laptop off the surface it’s on when the lid is opened. It only raises it from about 1mm to around 4mm but evidently Asus feels that’s enough to promote sufficiently better airflow.

As for just how hot it gets, the actual processor stays surprisingly cool, hitting just 60C. However, with all four CPU cores (well, two cores with Hyperthreading) being taxed and Unigine hitting the GPU the processor speed throttled down to just 700MHz. In fact reported CPU temps actually dropped when adding Unigine to the equation, maxing at only 57C. As for GPU temps, we couldn’t get a reading using GPU-Z but had little reason to believe it was going much higher. Clearly the passive cooling does restrict performance somewhat but there would likely only be a minimal boost if active cooling were applied.

The actual laptop does get warm when under load but nowhere near enough to be a concern, at least in most conditions. If it’s a hot day and you’re wearing shorts you may want to be careful about putting this laptop on your lap. 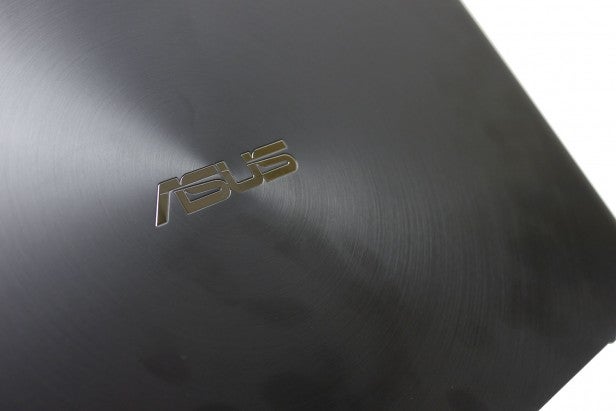 The reason for all this compromise in performance is the expectation of getting great battery life from such a slim and light machine, and sure enough Asus has managed this with aplomb.

Using our standard PowerMark battery test where we run a test simulating a loop of 10 minutes web browsing and 5 minutes watching video, the 45Wh battery lasted a whopping 11 hours 50 mins. That’s second only to the 13-inch MacBook Air, which managed 12 hours 50 mins but that’s from a larger 54Wh battery and using a slightly different test.

It really is a phenomenal score and goes a long way to justifying any other compromises. Of course real world usage will be slightly lower than this but you can still realistically expect to get upward of 10 hours of use from a single charge. You’ll also get back up to 30% charge from 30 mins of charging, giving you well over 3 hours of use.

Used as our main laptop for the review period
Tested for at least a week
Used consistent benchmarks for fair comparisons with other laptops
Reviewed using respected industry benchmarks and real world use
Previous
Asus Zenbook UX305 Review Next
Keyboard, Trackpad and Verdict Review