Perhaps the biggest compromise on this laptop, aside from performance, is the lack of backlighting on the keyboard. This is more a cost- than battery-saving measure and it’s something we missed – especially as the black keys don’t inherently reflect light as well as the silver keys on something like the original ZenBook UX31E.

Still, the keyboard is otherwise excellent with a good spacious layout and nice key action. We had no problem getting up to full typing speed in good lighting conditions and our touch typing largely held up when in the dark too. 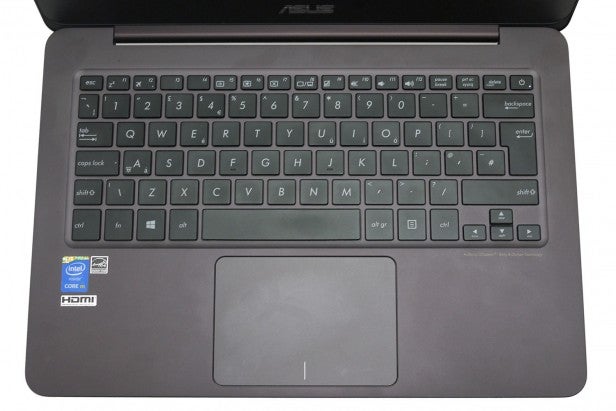 The trackpad, on the other hand, is a bit more problematic. It is nice and large and is sensitive too, but it has an odd etched-metal surface texture that just doesn’t allow for as smooth gliding as on etched glass versions such as on the MacBook Air.

The driver is also poor with too few options for manually tweaking the responsiveness, despite having oodles of options for setting up esoteric gestures. As a result, while far from the worst, it’s not a patch on the best trackpads out there. At least the single click surface is nice and easy to use.

Asus has loaded up the UX305 with quite a lot of software, including at least half a dozen of its own apps. Most useful is the WebStorage which offers loads of free cloud storage space for backing up all your files. 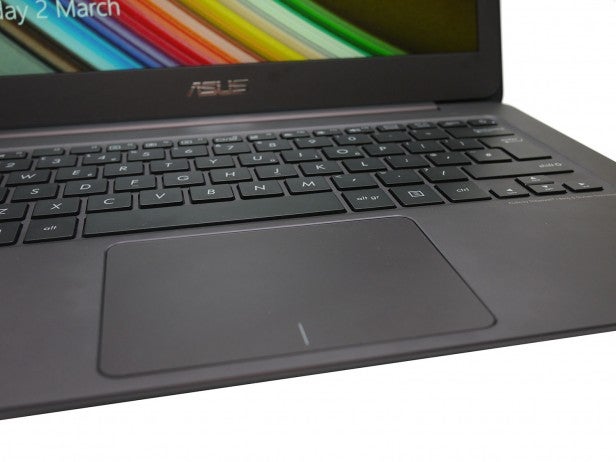 Most irksome, meanwhile, is the anti-virus software which on a machine of so little CPU power is entirely unwelcome. Anti-virus has its place, but not on a machine like this – just steer clear of dodgy websites and programs, people.

Asus has talked about a number of configuration options on the UX305 – namely the processor, storage and Wi-Fi, but we’ve yet to find any other model than the Intel Core M-5Y10, 128GB SSD, 8GB of RAM and Wi-Fi b/g/n/ac (MPN of UX305FA-FC004H) one that we’ve been looking at. This is a great spec for £649 and the m.2 SSD module is an easy upgrade if you want larger storage. 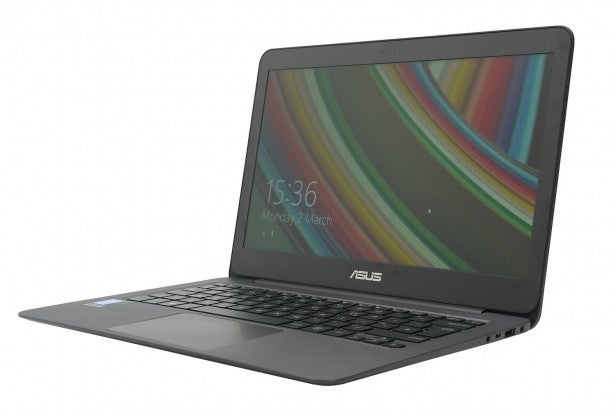 The Asus UX305 is one of the finest laptops we’ve ever reviewed when value is taken into consideration. The level of design, build quality, screen quality and battery life for £650 is unheard of, and instantly makes this one of the top choices for those after the ultimate in low-power, long-lasting, ultra-portable laptops.

However it’s not without its compromises, with performance being just a little too low for those wanting a serious portable workhouse. Even the step up to a MacBook Air will provide just that bit more head room for those will find themselves occasionally editing photos and video, and those that may want to do the odd bit of gaming.

As an example, it would be fine 90% of the time for journalists like us, with most of our time on the road spent typing, web browsing and watching video. However, on those occasions where we’re under pressure and need to quickly edit some images for a news story or hastily chop together a video for YouTube, it would likely slow us down.

There’s also the issue of the slightly iffy trackpad – hopefully a driver update will help here – and serious typists will miss having keyboard backlighting.

The Asus UX305 is almost perfection in affordable ultra-portable laptops. Its stylish, well built, incredibly light and has a screen, keybaord and battery life to rival the best. All for under £650. A tiny slip-up with the trackpad and a definite compromise on performance mean it doesn’t quite take home maximum points, though.