The Zenbook’s black, Scrabble-tile keyboard looks like the MacBook’s typing gear, and thankfully it has the quality to match. Its keys are light and responsive, which encourages rapid typing, and they’re comfortable – so we’d happily use this machine for hammering out long reports.

The layout is good, unlike the Lenovo and its irritatingly small keys, and we’re not bothered by the lack of weight on each key. This is an excellent unit that’s only beaten by the MacBook’s slightly firmer action.

The trackpad is similarly impressive, with two snappy buttons and a large, responsive pad. It doesn’t try anything new – like HP’s faltering Control Zone – and it’s better for it. 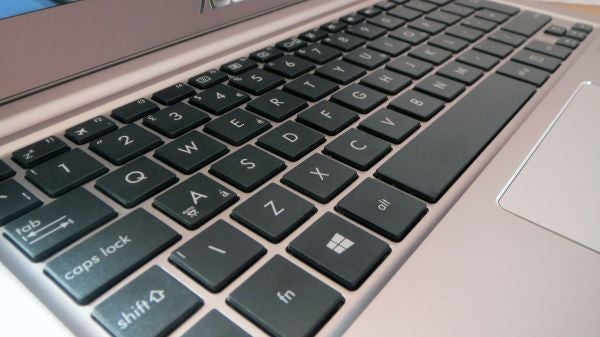 We’re used to seeing Windows machines arrive with unwanted software, and that’s no different here. The Zenbook comes with perennial offender McAfee Internet Security alongside several other apps, such as CyberLink MediaStory and WildTangent Games. It also has several Asus tools of varying usefulness.

Your experience of this software will vary, but there’s no denying its impact on performance. With everything installed, the UX303LA used 1.5GB of memory – but that figure dropped to a more palatable 1GB with the unnecessary software removed. 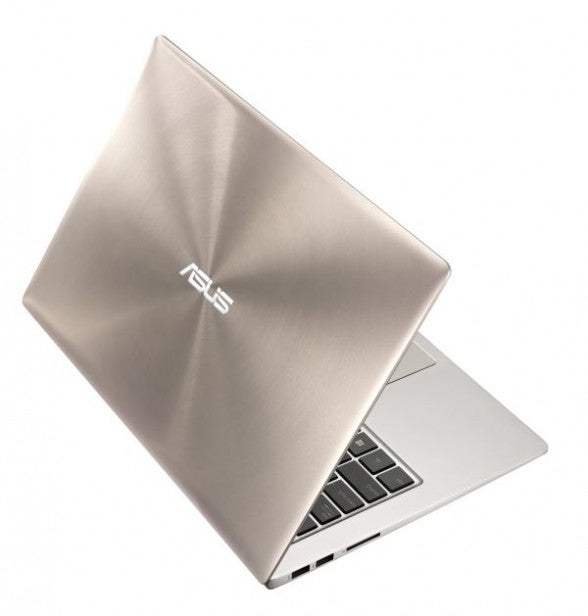 Should I Buy the Asus Zenbook UX303LA?

This is a high-class laptop with a surprising price but, get beyond its looks, and it’s obvious where corners have been cut to keep the costs down.

The screen’s resolution can’t match some rivals and, when it comes to quality, the good brightness is hampered by poor colour accuracy – so the screen can only handle certain types of work and play rather than anything more demanding.

Build quality is a tad behind some competitors, and it’s a little thicker and heavier – although we don’t think its extra bulk is enough to make a real difference.

The minor issues fade when the UX303LA’s numerous good points are considered. Its Core i7 processor is better than every system we’ve mentioned here, it’s got an SSD and plenty of RAM, and its battery life competes reasonably well with rivals. It’s a good-looking machine, and its keyboard and trackpad are both excellent.

These good points, when combined with the £700 price, make for an Ultrabook that’s especially tempting if you value processing power and good ergonomics over screen quality. Apple’s MacBook Air and the HP Spectre 13 still sit at the top of the heap, but the UX303LA is the best affordable alternative.

Asus has had to pick and choose its priorities because of this machine’s lower price, but it’s done a great job with the UX303LA: the screen might not be class-leading, but it makes up for the middling monitor with great power levels, superb ergonomics and good battery life – and not forgetting the smart design. This is an impressive, affordable alternative to pricier ultraportable competitors.

Take a look at the rest of our laptop reviews, or read about our favourite PCs and notebooks from 2014 so far