If you think that Ultrabooks just don’t have what it takes to satisfy your needs – that they’re not powerful enough, don’t have good enough screens for the price and don’t offer enough storage – you previously had to look for a “standard” laptop. But no longer – enter the Windows 8-powered Asus Zenbook U500. It melds Ultrabook-like styling with capabilities closer to a performance-focused laptop. We want one, we just don’t know if we can afford one.

Design
If there was ever a laptop worthy of the title “super-douper-mega-book”, it’s the Asus Zenbook U500. It borrows the sleek aluminium styling of the other laptops in the Zenbook range, but ups the screen size, boosts the specs and offers a fantastic display. But let’s step back to the design for a moment. 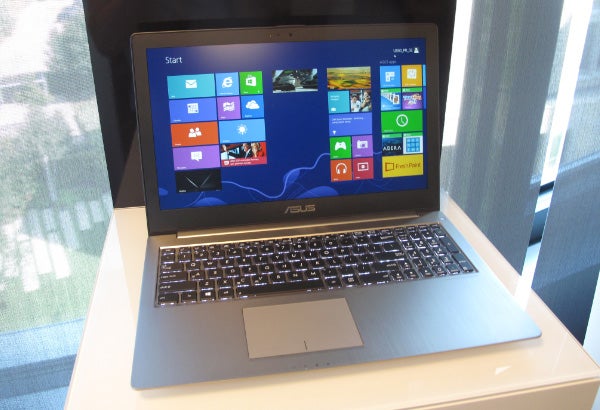 Those familiar with the Zenbook range will feel right at home with the Asus Zenbook U500. Its inner is finished in brushed-effect aluminium and the lid in Asus’s signature pattern of fine concentric circles. This design looked good in the first Zenbook, but it looks even better here now that the hinge mechanism has been simplified – and classed-up. 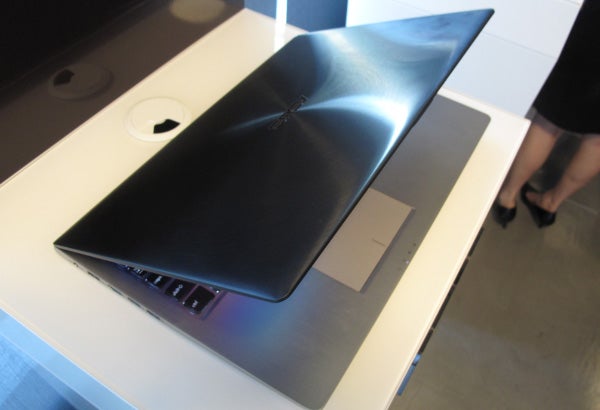 Its body is aluminium, affording it the instantly recognisable build quality that made so many fall in love with the Apple MacBook Air. Look at the Asus Zenbook U500’s sides, though, and you’ll start to see where it parts ways from the Ultrabook crowd.

Connectivity
Where Ultrabooks generally compromise on connectivity, it’s pretty good here. On the left edge are the full-size HDMI video out and two USB 3.0 ports, plus the Ethernet socket. The right edge is home to the card slot, mic port, and additional USB 3.0 port and a mini DisplayPort. There’s no 3G here, but otherwise all the bases are covered. The one clear concession to design is that there’s a little flip-out flap for the Ethernet socket – the U500 has the classic tapering design, 19.7mm at its thickest winding down to to just 6mm, which necessitates this. 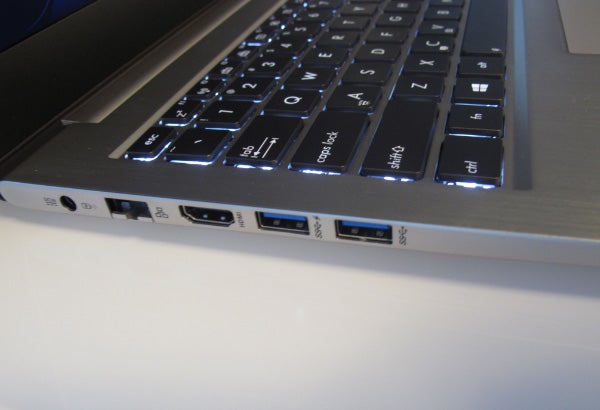 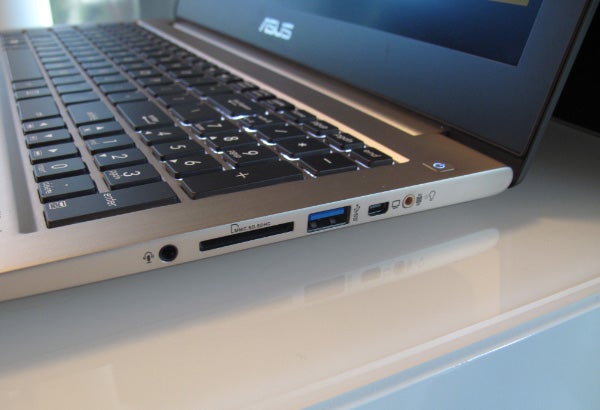 Switch the Asus Zenbook U500 on and you’ll notice another feature that marks this out as a top-end (and potentially scarily-expensive) laptop. The chiclet keyboard is backlit, and its light looks the business, peeking out between the black of the keys and the muted silver of the surround. 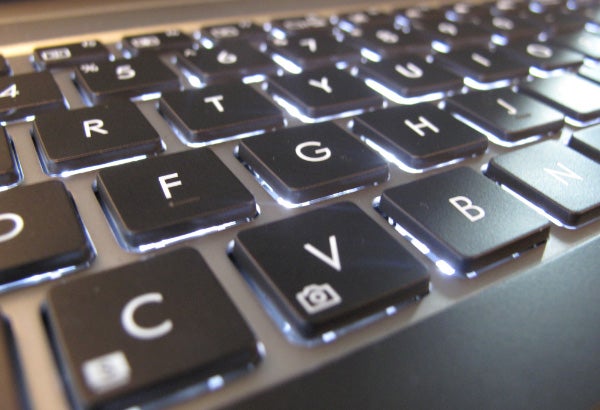 Screen
What we like most about the Asus Zenbook U500, though, is its fantastic display. Although this is a traditional laptop in many respects – no touchscreen here – it features a display type seen more commonly seen in tablets. It’s a 15.6in Full HD IPS screen that supplies sharp, vivid images and viewing angles most other laptops can only dream of. 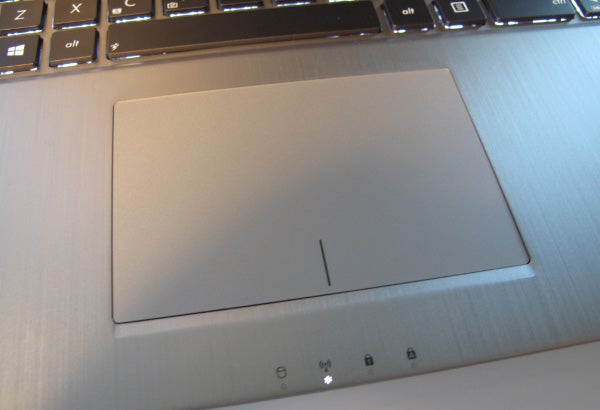 The U500 pad supports multi-touch

There appears to be an anti-reflective coating on the screen too, although thanks to the unnatural lighting conditions of our demo room we’ll have to see how it really fares when we get our review unit in.

Speakers
One other way in which the Asus Zenbook U500 does the extra mile is with its speakers. It uses Bang & Olufsen ICEpower units, and four of them rather than the usual two. You’ll spot a pair on the underside of the U500’s edges, firing outward to provide greater stereo image. Just like the screen, though, we’ll have to wait to see how the actually perform. 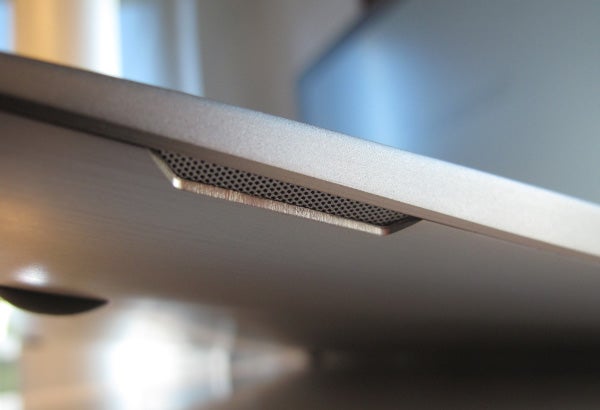 Specs
Design, screen, connectivity and general attention to detail are all winning factors of the Asus Zenbook U500, but what about specs? Naturally, the laptop offers configs up to Intel Core i7, of the Ivy Bridge generation. And the top-spec model also features a GeForce GT650M graphics card with 2GB of dedicated memory. A laptop that looks like an Ultrabook but puts in a pretty good turn as a gaming PC? You don’t see that very often.

Wrap up
Next to some of Asus’s most recent reveals, the Zenbook U500 may seen like a bit of a stick-in-the-mud. It has just the one screen, its keyboard doesn’t detach and it’s not as light as a feather. However, it does solve just about every issue we had with the last generation of Ultrabooks. But at what price? Asus isn’t saying yet, but we look forward to finding out.