Last year’s ZenBook 3 was a clever piece of design from Asus, squeezing dual-core Core i7 processors into a remarkably thin and light laptop. This year at Computex, the company unveiled the ZenBook Flip S, which is the same formula but with a 360-degree hinge thrown in.

This isn’t the ZenBook Flip UX360, by the way, this is an entirely new product. Yes, I know it’s very confusing.

UPDATED: Asus has just re-unveiled the Asus ZenBook Flip S at IFA 2017. There are no changes physically to the design, but internally Asus has swapped out the 7th-generation Intel Core processors for 8th-generation models.

My original hands-on impressions from May 2017 continue below.

Asus’ formula has been very consistent of late, and the Flip S is unsurprisingly thin (11mm, the same as the Acer Spin 7) and light (1.1kg), which makes it the thinnest 2-in-1 on the market. But all that’s for nothing if it’s built poorly. The good news is that it feels solid, at least upon first impressions. The brushed blue metal exterior gives way to some lovely gold trim and a gold/yellow backlit keyboard. It really looks the part. 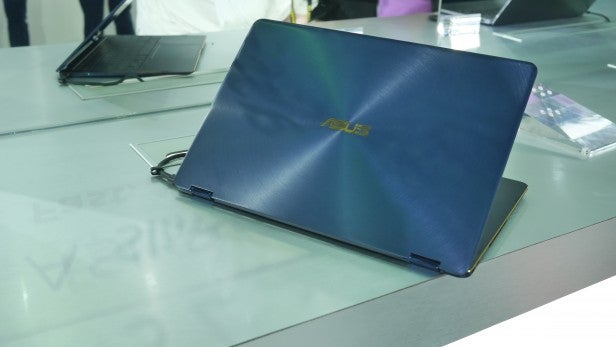 There are sharp edges and smooth corners, and whether it’s open or closed, the Flip S is a class act. Perhaps the only minor drawback is a lack of larger ports – you get two USB-C 3.1 connectors for charging and data. There’s also a tiny fingerprint scanner on the edge of the chassis. It’s an interesting place to put a scanner, but it makes sense given this machine can also be used in tablet mode as well as regular laptop mode.

The keyboard feels similar to the ZenBook 3 from 2016, and while I wasn’t its biggest fan, It’s a perfectly serviceable keyboard for most people. It’s the right shape and size as well, so it doesn’t feel cramped. The touchpad is large and responsive to all the most important Windows 10 gestures. It’s clever, too. When you open the lid, the laptop slightly raises itself off the desk to give the keyboard a small amount of pitch, and it also probably helps with airflow and cooling as well. 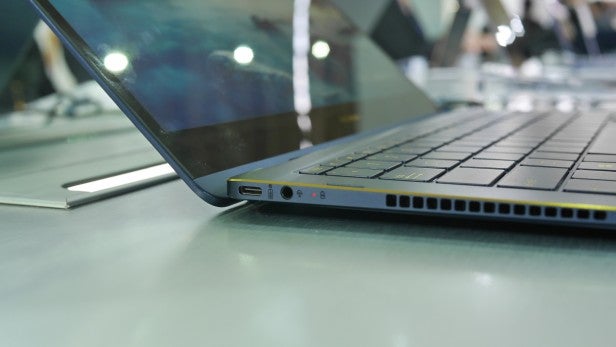 The 13.3-inch screen is similarly lovely, with a choice of UHD or Full HD resolutions. It’s sharp, colourful and bright enough to cut through bright office – or Computex show floor – lighting. There’s also a stylus, which conforms to the excellent Windows Ink standard.

Performance is provided by a choice of Intel Core i5 or i7 U-series CPUs. These are the decent dual-core chips [now likely quad-core, see update]  you’ll find in the likes of the Dell XPS 13. How fast it runs under heavy load remains to be seen, but it performed admirably on the original ZenBook 3 so my hopes are high. You’ll get up to 16GB of LPDDR3 memory and fast PCIe SSDs as well. 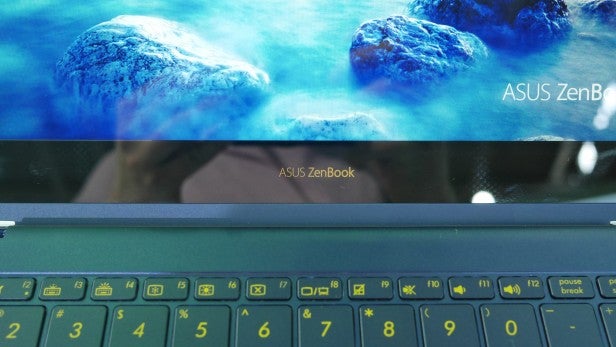 The Asus ZenBook Flip S is a niche addition to Asus’ ZenBook range, and it faces stiff competition from the excellent HP EliteBook x360. There’s no price information yet, but expect it to cost in excess of £1200 in the UK for a base model.