What is the Asus Zen AiO Pro Z240ICGT?

Many all-in-one PCs are built to hit a price point, rather than building something nice. But this isn’t the case with the Asus Zen AiO Pro Z240ICGT. This 23.8-inch all-in-one is a high-quality, full-metal computer with a 4K resolution. It goes without saying that this is where the PC fights back against the iMac.

There’s no way to avoid comparisons with the iMac, so let’s get that over with straight away. Yes, the Asus Zen AiO Pro Z240ICGT does look a little like its Apple rival, but that’s more down to the materials used and the fact that there’s only so many ways to put an all-in-one together, rather than a conscious decision to mimic.

Besides, Asus has added its own design touches. I like the black front and more evenly spaced bezels, compared to the iMac’s bigger “chin”.

Asus has crafted the case out of metal, and it looks and feels gorgeous. There’s no doubting that on seeing the Zen AiO Pro Z240ICGT in the flesh, this is a high-end computer. Its size is excellent, too, with the entire computer packed into a body that measures just 585 x 190 x 434mm. 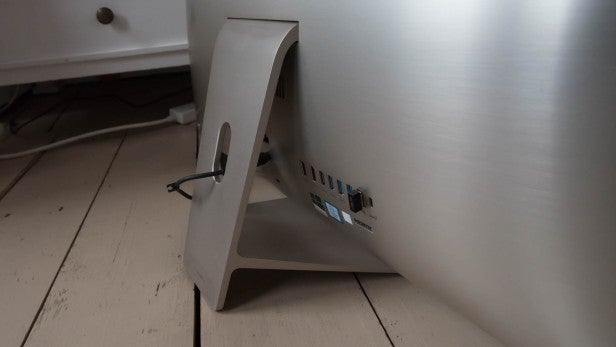 As a result of the slim screen, all of the ports can be found at the rear of the computer; the edges aren’t big enough to squeeze a USB port in. It’s a little annoying to have to turn the entire computer around to plug in a USB device, but the Zen AiO Pro moves smoothly enough on its full metal stand.

Four USB 3.0, USB 2.0 and USB 3.1 Type-C ports provide plenty of potential for expansion, although the USB 2.0 port is taken up by the installed wireless keyboard and mouse dongle. Once again, I’m left wondering why manufacturers can’t just use integrated Bluetooth, particularly in a premium computer that costs this much. 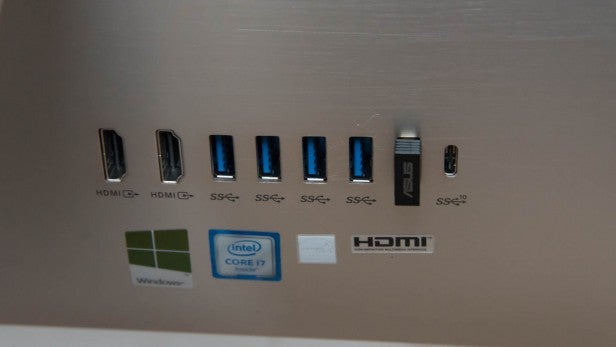 The inclusion of a SD card slot will please digital photographers. Two HDMI outputs are unusual, but provide the possibility of connecting extra displays. It’s fair to say that I’d have preferred at least one HDMI input, so that the Zen AiO Pro’s screen could be used with external devices.

Rounding off the connections are 3.5mm headphone and microphone ports and a Gigabit Ethernet port. it also has built-in 802.11ac Wi-Fi. 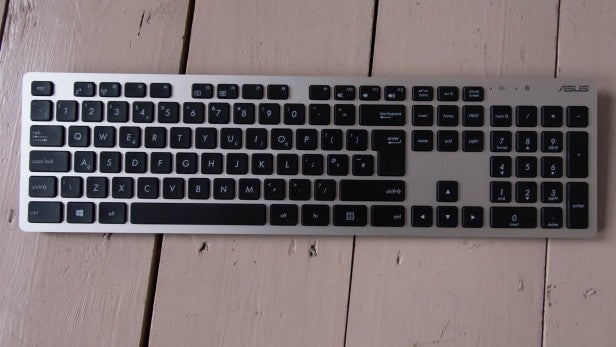 To be fair, the keyboard is pretty good in use, and it’s refreshing to see a full-sized model. Each key offers plenty of travel and feedback, so I quickly found that I could type fast and accurately. 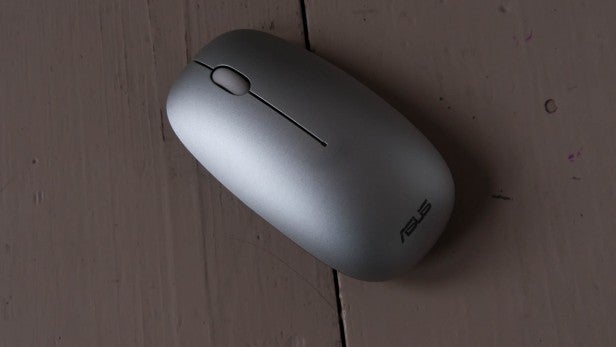 The mouse is rather more functional and basic. It has just two buttons and a scroll wheel. Given the high price of this computer, I’d have liked either a more premium-feeling mouse – or at least one with a few more buttons.

It’s great to see a 3,840 x 2,160 4K display here. By default, Windows 10 was set to 200% scaling, which offers up around the same amount of real estate as a Full HD display – only everything looks far sharper. It is possible to change the scaling options if you’d rather fit more on-screen, though.

Contrast is a little low for a high-end PC, measured at 1,019:1. This is because black levels of 0.25 nits proved to be nice and dark, but the screen isn’t particularly bright; I measured it at just 255 nits. 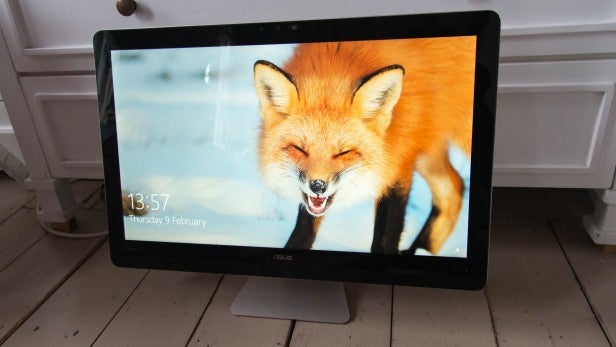 Despite the lack of brightness, image quality is excellent overall. I measured the screen as able to produce 97.1% of the sRGB colour gamut, which is great for photographers. A Delta E of 2.35 is a little high, showing that colours aren’t always displayed accurately. Indeed, the screen is a little warm – I measured the colour temperature at 6,026K.

However, in day-to-day use, it’s hard to see anything wrong; I’d happily use this screen every day. It has to be said that the 24-inch iMac’s 4K display is slightly better, although you pay far more for the privilege.

Asus has used a 10-point touchscreen model in this model. Although I wouldn’t use it – I don’t like having to lean over a desk – the option may prove useful for a lot of people.

In the top bezel, Asus has fitted an Intel RealSense 3D camera, meaning that with supported apps you can use gestures to control your computer. It sounds great in practice, but in reality there are few good apps to make use of the capability.

More usefully, the camera supports Windows Hello, enabling you to unlock your computer with face recognition. Image quality from the camera is great for making video calls, while the integrated mic had no problem picking up my voice.

Stereo speakers and dual subwoofers power the audio on this machine. It’s a great combination, with plenty of volume and clarity making the speakers perfect for watching online videos or even for listening to music.

On the inside of the Z240ICGT you find an Intel Core i7-6700T with a clock speed of 2.8GHz, although it can Turbo Boost to 3.6GHz. It’s a quad-core chip, but has Hyper-Threading for better performance in intensive tasks such as video rendering.

While the 6700T can’t quite compete with the full desktop i7-6700, performance is still excellent. Combined with the 16GB of RAM, this PC performed well in all of the benchmarks I used. A score of 13,911 in Geekbench’s multicore test and 4,462 in PCMark 8’s creative test show that the Asus Zen AiO Pro can handle pretty much anything you throw at it.

The inclusion of a 4GB Nvidia GeForce GTX 960M GPU means that the Z240ICGT can even handle some gaming. At 1080p, with the games set to Ultra settings, the Z240ICGT managed 33.5fps in Middle-earth: Shadow of Mordor and 34.1fps in Dirt Rally; I recommend dropping the settings a little to get the frame rate up.

However, even though the Asus Zen AiO Pro features a 4K screen, you won’t be able to game at this resolution. On Low detail settings, I managed a frame rate of only 23.62fps in Middle-earth: Shadow of Mordor. Still, the ability to game on what is ostensibly a professional PC is a great thing.

Asus has fitted a fast M.2 512GB SSD, which peaked at read speeds of 1,566MB/sec. Needless to say, Windows booted quickly, and the PC felt snappy and responsive in use. Turning the PC on also kick-starts the fans, which create a constant background hum. Noise never increased beyond this, even when under load, but I’d have preferred it to be silent – or near-silent – when idle.

I reviewed the top-end model, but there are other options and cheaper models available. While the base specs remain the same, it’s possible to buy the Z240ICGT with a 1TB hard disk rather than an SSD (GJ030X), although this will affect how quickly the computer boots. A dual-storage version with a 128GB SSD and 1TB hard disk is a good compromise on price and performance (GF011X).

Should I buy the Asus Zen AiO Pro Z240ICGT?

The Zen AiO Pro Z240ICGT manages to stand up to the 4K iMac. It’s as well-made and, comparing the same-spec iMac, considerably cheaper. With dedicated graphics, a great 4K touchscreen, top speakers and fast processor, this is a brilliant all-in-one that can handle it all.

If you’re not too set on a premium design then the larger 27-inch Lenovo Ideacentre 910 could be a good alternative.

Fast, attractive and with a 4K screen, the Asus Zen AiO Pro is a great all-in-one. However, it’s expensive – and the cheap-feeling keyboard and mouse don’t help.