Whereas 24in displays were once the preserve of well heeled enthusiasts, cheap 24in, 16:9 aspect TN based panels have made them more affordable and accessible to regular consumers. Asus’ VW246 monitor is yet another addition to this category, so let’s see how it holds up.


Like most budget displays these days, the VW246H comes in two parts, the base and monitor-plus-stand, which simply click together. The design is essentially the same as that of the Asus VW223B we reviewed last year. This means that (as usual) you get a glossy black bezel, though the display’s back and base are matte, with the latter sporting a ripple-texture surface. 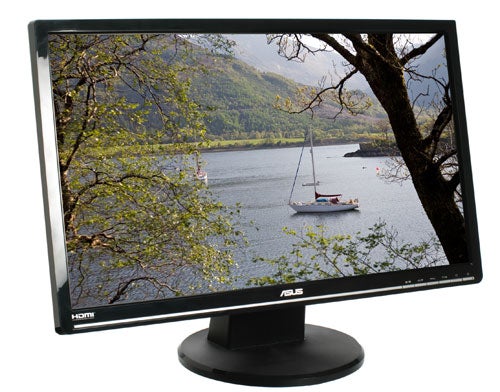 At a mere 16mm thick, the bezel on the VW246H’s is nearly as thin as that of its smaller sibling – except at the bottom where it is 25mm to incorporate the monitor’s controls. Small icons above the controls make them very easy to recognise and while the tiny blue LED on the power button can’t be turned off, it’s unobtrusive enough not to matter.


Overall, the VW246H is a functional but largely unimaginative piece of styling that won’t offend but won’t excite either. If it’s a little panache you’re after the likes of the Samsung monitor range, or perhaps the BenQ V2400W, will be of more interest.

Triple video inputs are pretty much par-for-the-course these days and the VW246H doesn’t disappoint, offering HDMI, DVI and VGA. There’s a rudimentary clip at the back of the stand for cable management, which is no more fragile than usual. Not as much of a given is a 3.5mm stereo output in addition to the usual input, allowing you to hook up external speakers rather than using the monitor’s ones. Asus also gets points for including both VGA and DVI cables, where some manufacturers still only supply VGA.


Getting onto the OSD, it’s rather small and slightly morose, lacking visual flair. Though it feels a little cramped, it’s very usable thanks to one of the better layouts we’ve come across. There are few sub-menus, so nothing is buried, tags are informative and layout logical. Only the slightly awkward directional controls, which are placed either side of the ‘menu’ button, hinder navigation.

Continuing on with the OSD, Asus’ ‘Splendid’ technology is essentially just a bunch of presets – albeit very flexible ones – and skin-tone adjustments. All the presets, which comprise Scenery, Standard, Theater, Game and Night View modes, are individually configurable, so you may actually end up using some of them. Certain limitations do apply, however. In Theater mode, for example, you can’t adjust brightness, while Standard mode doesn’t let you mess with the sharpness, saturation or dynamic contrast (which Asus calls ASCR) settings. Scenery and Game modes give access to every adjustment, though. 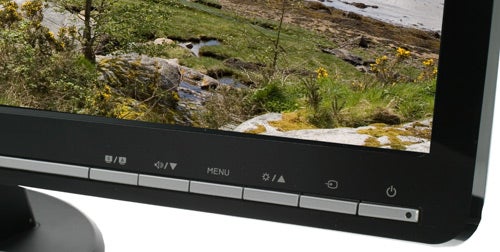 Aspect ratio controls are greyed out unless the monitor detects a lower resolution than its entertainment-friendly Full HD (1,920 x 1,080), doubtless a blessing to those who are confused by this kind of thing. If the resolution is lower but widescreen, the Asus will either display it 1:1 or try to scale it without aspect distortion, while a non-widescreen resolution will result in being offered the choice between Full (which will result in a horrible stretched image) or 4:3.


Most importantly, how does the VW246H’s image quality hold up? As always with TN-based displays, there are pros and cons. On the plus side, horizontal viewing angles aren’t the worst and backlight bleed is almost nonexistent. After playing with saturation settings, colours are relatively vibrant without being oversaturated. 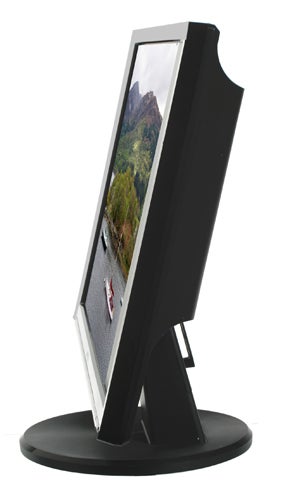 Unfortunately, noticeable banding and a slight lack of sharpness (even with this setting at 100 per cent) combine with average greyscale performance and slight dithering to take some of the sheen off the VW246H’s performance. To be honest it’s no worse than many TNs and for most needs the image quality could be deemed good enough, but it fails to surprise on any level.


The opposite can be said of the 2W integrated speakers, which are far better than we’d normally expect, producing relatively rich audio at respectable volume levels without noticeable distortion. What’s more, they even managed a hint of bass, all while maintaining an unusual level of depth and clarity. In fact, we’d go so far as to say it’s the best audio performance from a budget monitor yet, though this isn’t to say it could replace even half-decent headphones or discrete speakers. 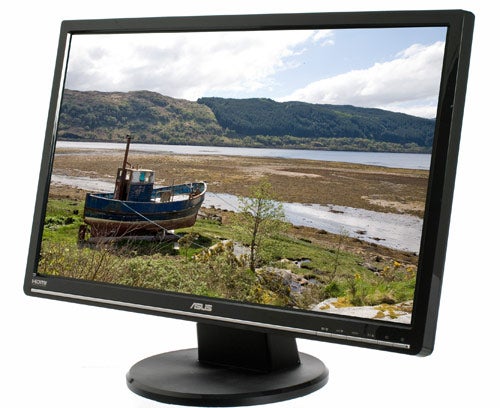 Value is yet another strong point of this display. Though the average price for it is above the £210 mark, bringing it in line with most monitors sporting this kind of size and connectivity, it can be found for under £190 online. Keeping in mind that £220 will currently get you the BenQ M2400HD (which offers slightly better image quality in addition to a discrete webcam and inbuilt USB-hub), if your budget can’t stretch that far the VW246H is worth considering.


Even for a TN-based model image quality is average, but the Asus VW246H offers a surprisingly good audio performance at an attractive price and has most of the input and output options you might need. If you’re on a tight budget you could do far worse.