The first few hours of using this laptop were, frankly, tortuous as a result of its speed. The combination of its modest processor, mere 2GB of RAM and 32GB of flash storage meant that, with Windows Updates and McAfee antivirus running in the background, it was all but unusable.

After a dozen or so restarts, a couple of major Windows Updates and turning antivirus off, it was actually able to load the YouTube website – hooray! 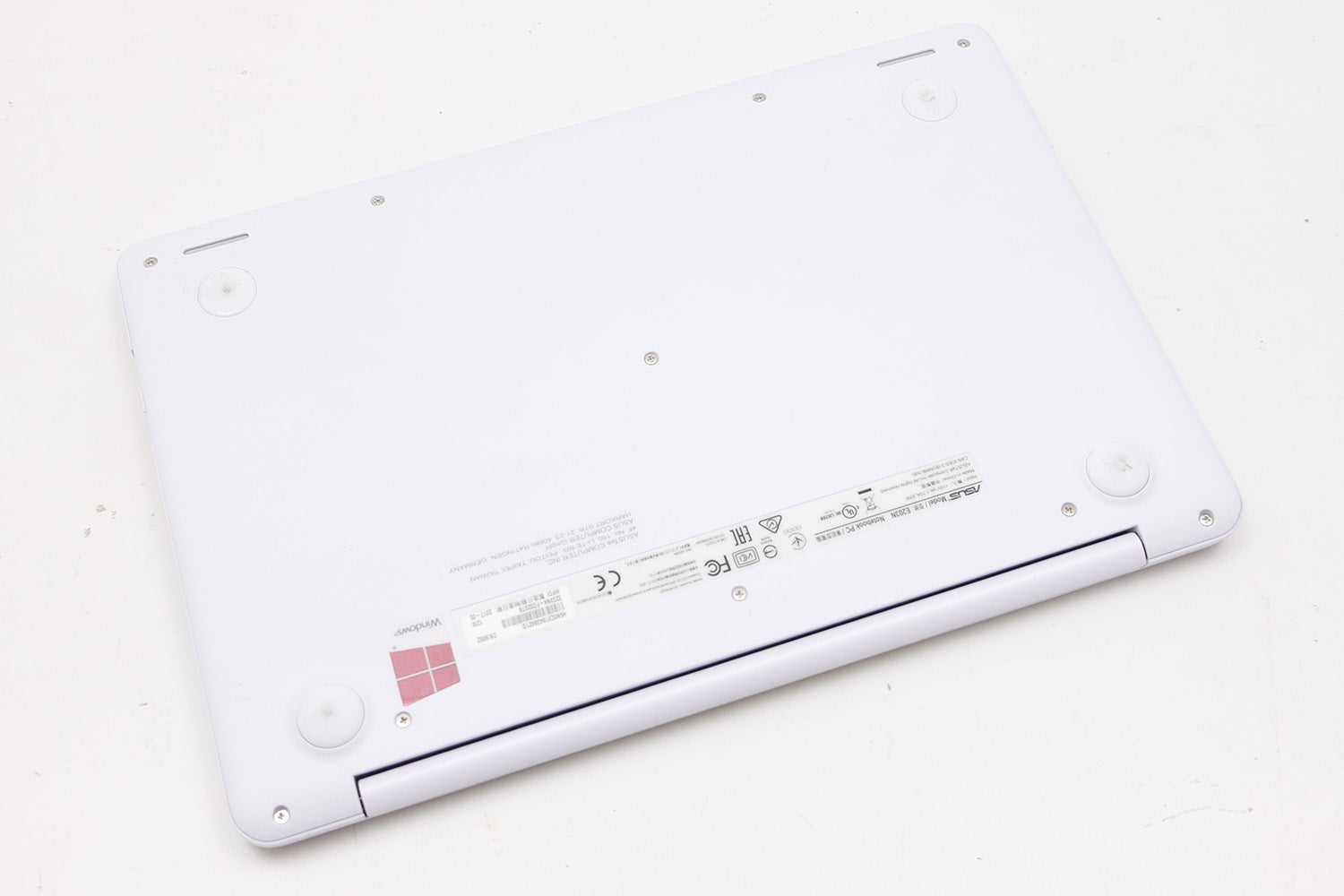 The end result is a laptop that’s fairly slow at everything, all the time. From Windows boot time (average of 50 seconds in BootRacer) to browsing the web and even just opening the Start menu – it always feels sluggish. And of that 32GB of storage, you get just 8GB for your own use once Windows and all the pre-installed apps are accounted for.

To an extent, this is the price you pay for such a cheap laptop. It’s best to treat such a laptop as you would a tablet, running one app at a time, and do so with a degree of patience as you wait for apps to load.

Technically, the Intel Celeron N3350 processor here is faster for individual tasks than the N4200 of the Asus VivoBook E200HA, thanks to a faster clock speed. However, it’s only a dual-core chip and as such is slower at multi-tasking/multi-threaded tasks. This is reflected in its Geekbench scores, where it managed 1261/1329 (single/multi) points compared to 802/2287 (single/multi) for the Asus VivoBook E200HA. 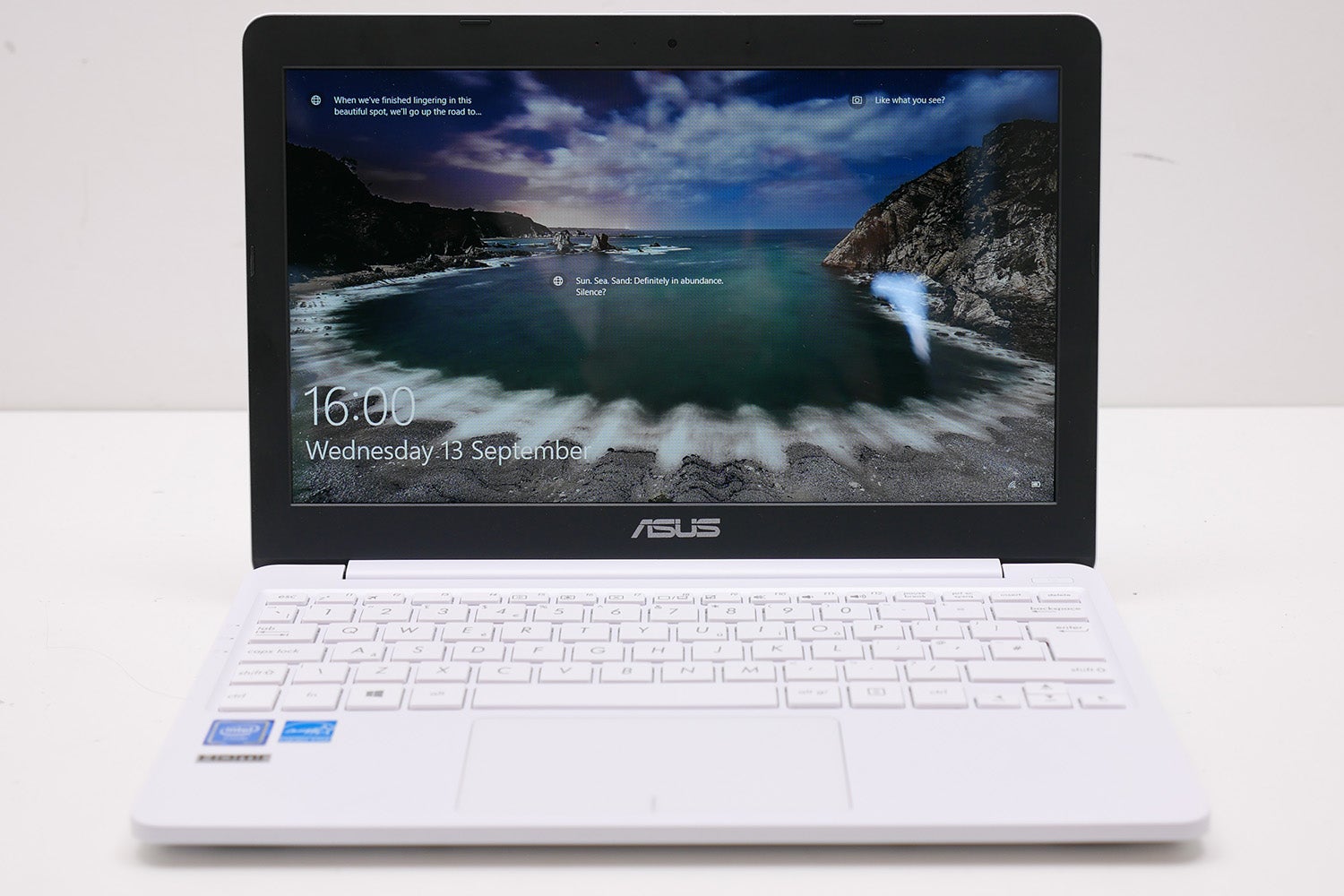 As for gaming, it’s a non-starter – Solitaire is about all you’ll be able to manage.

Another key reason that this laptop feels so sluggish is its storage. It’s of the flash variant used in a typical SSD, but it just isn’t as fast with read/write speeds of just 263MB/sec and 51MB/sec respectively.

The one saving grace here is battery life. That weedy, power-sipping Celeron processor means this laptop can last a decent 9hrs 10mins on one charge. The Asus VivoBook E200HA lasted quite a bit longer, but anywhere around 10 hours is still ample for this sort of machine. 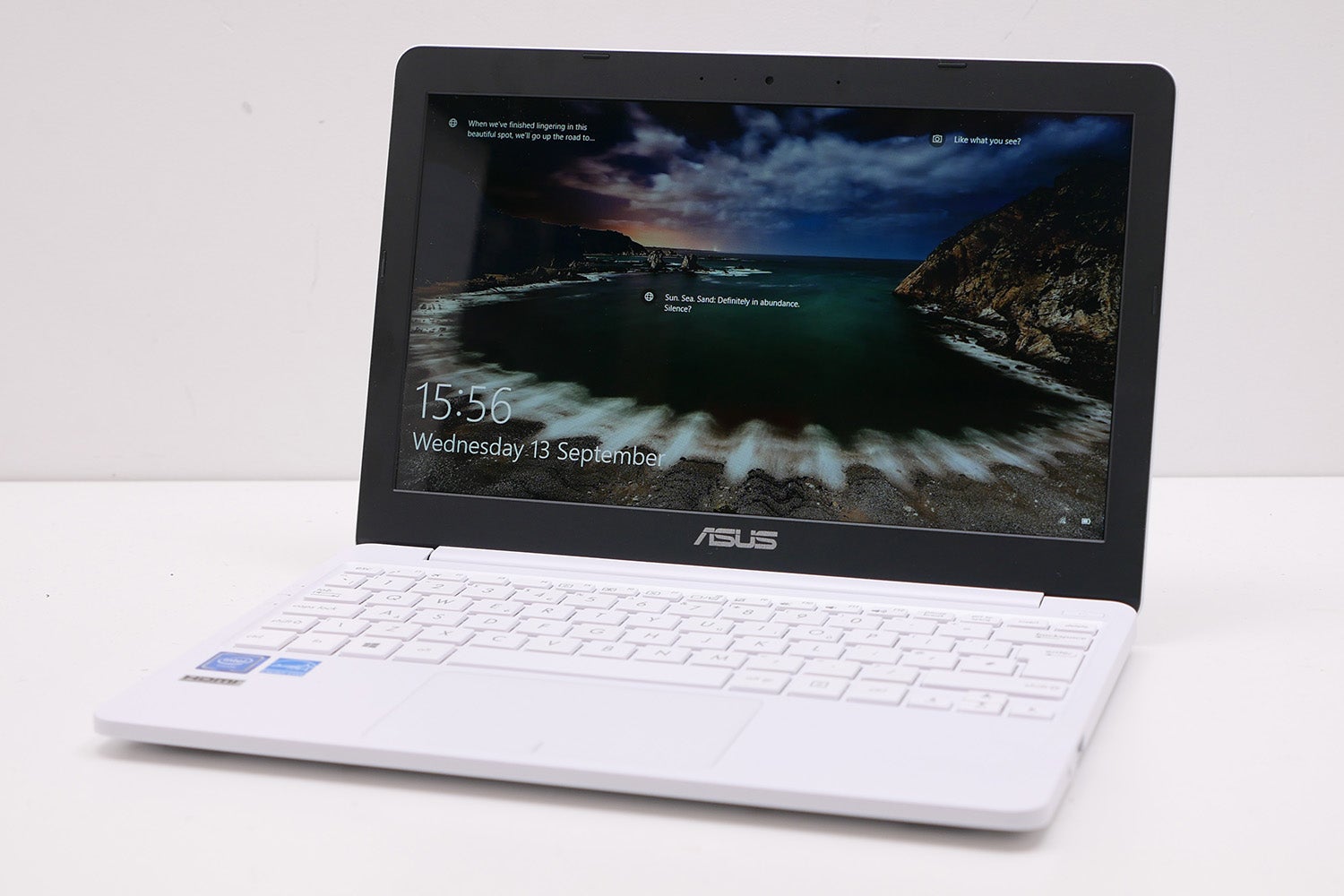 Should I buy the Asus VivoBook E203NA?

In many ways the E203NA fulfils its remit of being as cheap a laptop as possible while still being usable and offering decent battery life. If you’re simply after a basic machine for note-taking/word processing and other admin-type uses, then this VivoBook will happily get the job done. Plus, you can watch the likes of YouTube and Netflix – you just won’t want to do too much else at the same time.

However, if you’re even remotely used to nippier machines – or modern smartphones – then you’ll be frustrated by the sluggishness of this laptop. Indeed, the smartphone comparison is a crucial one since the quality of the screen and speakers on most smartphones surpasses what the E203NA offers.

So long as you’re aware of those limitations then all is good. Otherwise, if you’re not tied to using some key Windows apps (Office, for example) then consider opting for a Chromebook instead – they offer better overall performance for the same money.

A price of less than £200 is always going to result in some compromises – but the E203NA’s long battery life and a decent typing experience make it a viable option for those needing a cheap, portable work machine.