As mentioned, the Vivo Tab TF810C is specced similarly to other detachable convertibles in its price range. Leading the charge is an Intel ‘Clover Trail’ dual core Atom Z2760 1.8GHz, backed by 2GB of non-expandable RAM.

There’s 64GB for storage, which leaves you with 50GB of formatted, usable space. With around 9GB eaten by Windows 8 and essentials like Office, about 30GB is left to play with after making allowances for page file and hibernate. That’s not a huge amount, but do keep in mind that you can store media on a microSD card of up to another 64GB. 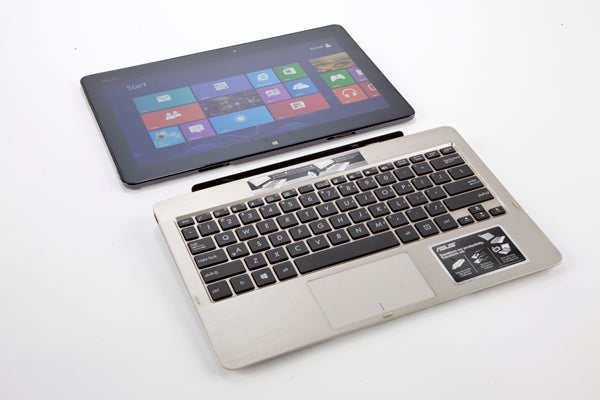 As to general performance, we weren’t allowed to do measurements on this Asus Vivo Tab as it’s pre-production and has not been optimised yet. However, based on subjective experiences and the other machines we’ve tested, it’s nothing to hold your breath about.

For graphs comparing performance of the Atom Z2760 (with identical RAM and storage to this machine) with the performance of a ‘regular’ laptop, check out our HP Envy x2 Windows 8 convertible review.

Light workloads like average daily productivity, HD video and browsing will be fine, and most apps from the Windows Store will run perfectly. However, try to do much with HD video playing in the background, go beyond a dozen tabs in multiple browsers – in fact, any kind of intensive multi-tasking – and the system slows to the point of becoming unusable. 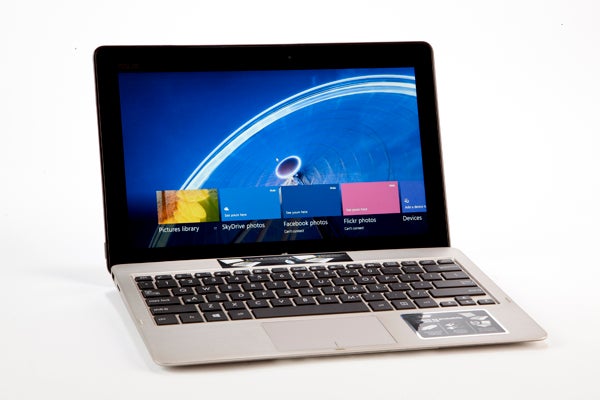 Anyone hoping that the Clover Trail chips would lend themselves for a bit of light 3D gaming will also be very disappointed. Even older titles at minimum detail settings will often refuse to run.

In other words, when used as intended the Asus Vivo Tab is a joy, otherwise it’s a pig. Keep in mind though that, while it’s certainly true that you can get better-performing laptops than this convertible for far less money, none of them will offer up to 19hrs of battery life, a Wacom stylus, a high-quality IPS screen, and the convenience of such a convertible form factor. 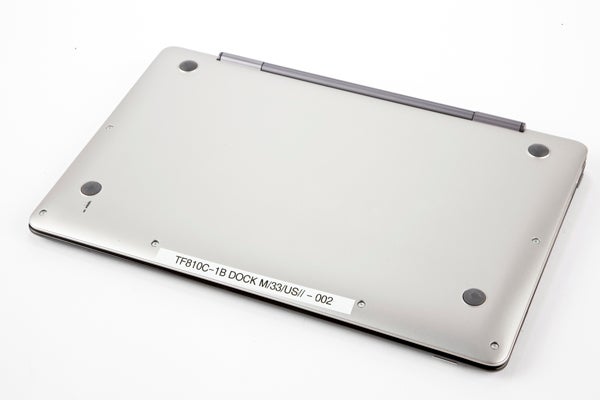 Wow. When Asus claimed up to 19hrs of battery life, we thought it might be a little… optimistic, as Windows machine manufacturers so often are. However, our tests bore out these claims and then some. In fact, the Asus Vivo Tab managed a whopping 19hrs and 37minutes in light productivity, while throwing a little video into the mix brought this down to just under 17hrs from the combined 50Wh battery capacity of the tablet and dock. Asus claims 10hrs for the 30Wh battery in the tablet alone, and again this gelled nicely with our numbers.

Finally, we have Windows X86 machines that can beat the best Android and iOS devices when it comes to battery life – without additional battery slices that make them thicker than a gaming laptop and weightier than a handbag full of bricks. 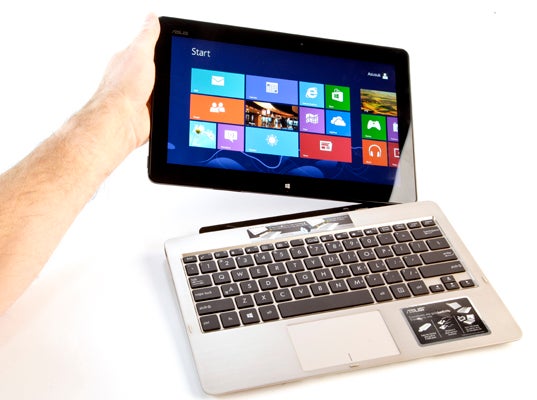 While the Vivo Tab RT is now readily available in the UK, its bigger brother is not. In the US that’s a different story, and there the Vivo Tab with dock will set you back around $800. Based on that, we can probably expect to see a Vivo Tab UK price of around £750 for this convertible tablet with dock.

Update: since time of writing at the beginning of the year, the Vivo Tab TF810C is now in stock from £700 online.

If this holds true, that’s coming dangerously close to the price of powerful Core i5 convertibles like the £900 Toshiba Satellite U920t, but this Asus offers better build quality, an arguably better clamshell design, and of course faaar longer battery life. With Windows X86 (which can’t run on ARM architecture) we seem to be caught at an unenviable choice: do you go for good performance, or good battery life? 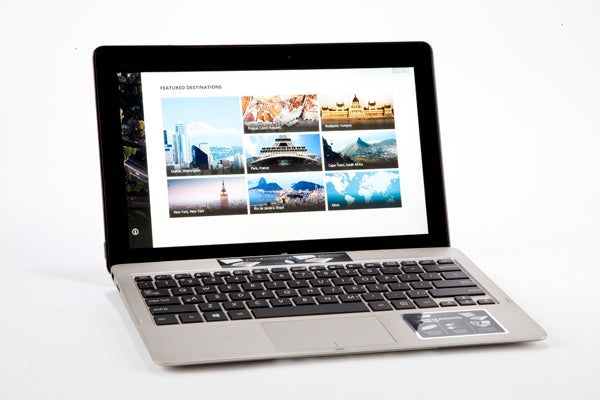 A more direct rival is the 10.1-inch Acer Iconia W510 laptop/tablet, which is available with dock for just under £500. This smaller convertible uses plastic rather than metal and foregoes the Wacom stylus, while its smaller dimensions also give less battery life and result in a rather cramped keyboard that’s not nearly as nice to type on. However, it shares identical specs and an IPS screen with the same resolution, and offers a unique fully rotating hinge, making it a great value alternative.

Then there’s the Samsung Ativ Smart PC 500T1C, which is an almost identical machine to the TF810C. The same specs, size, Wacom capabilities, price – and the list goes on. The Ativ integrates its smaller, eraser-less S-Pen stylus, has a microUSB port on the tablet, and offers optional 3G/4G. However, its plastic build can’t match the metal-clad Asus, and claimed battery life for the tablet plus keyboard combo is significantly less. We’ll be sure to let you know which one wins out once we get the Ativ Smart PC for a full review.

The Asus Vivo Tab TF810C is probably the best Atom-based Windows 8 convertible tablet/laptop we’ve looked at and, if you can live with its limited specs, the hybrid we would most recommend. Its beautiful IPS screen goes brighter than those of rivals, it’s nicely designed, offers good usability, and a full-size Wacom stylus. It also leads the pack when it comes to battery life, as it lasts up to a whopping 19 hours on a charge.