The laptop worked well enough for very basic tasks, such as single-tab web browsing and video streaming, but it struggled with even moderately demanding processes.

Multiple-layer digital painting becomes chuggy fairly quickly and the device began to stall when running Chrome with more than three or four tabs open at once. The super low-end HD Graphics 400 mean that even basic gaming, such as playing Minecraft, is beyond the Transformer Mini. 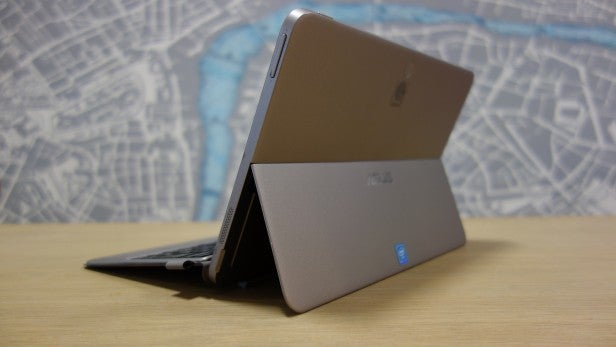 The Transformer Mini’s synthetic benchmark scores mirrored my real-world experience. The 781 single-core and 1,952 multi-core Geekbench 3 scores are poor, even by affordable device standards. By comparison, the £600 Intel i3-powered Acer Switch Alpha 12 convertible ran in with 2,662 single- and 5,449 multi-core scores in the same test.

The 1,169 PCMark 8 Home score is also sub-par, making the Transformer Mini one of the lowest performing Windows convertibles I’ve tested this year. The Acer Switch Alpha 12 scored 2,369 in the same test.

The scores are a little disappointing, since Asus has done everything it can to get the most out of the Atom and has installed next to no bloatware onto the device.

Part of the blame should be laid at the door of Windows 10, which can be fairly greedy with system resources. 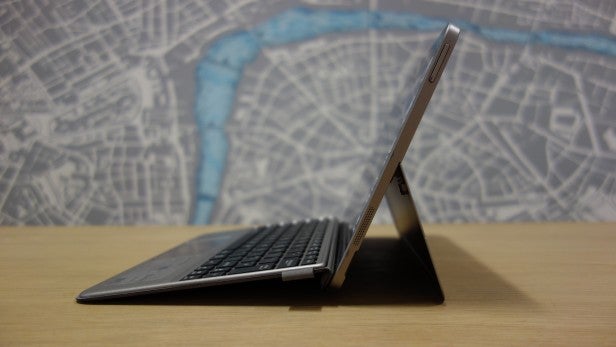 The one saving grace for the Atom is its low power consumption. The CPU is super-efficient, and this means that the Transformer Mini’s 11-hour quoted battery life is actually a little pessimistic.

The Transformer Mini’s real-world stamina was equally impressive. Watching Netflix with the screen on the same 150 nits, the Mini consumed between 6-9% of its charge per hour – which, again, is excellent by convertible standards. Using the Mini as my main work laptop, the device easily breezed through a day in the office with juice to spare.

The Transformer Mini is surprisingly loud for such a small device. I wouldn’t want to use the speakers to listen to music, but they’re more than good enough for watching speech-heavy videos.

The 2-megapixel front camera is a less impressive. Video-call quality is good enough in regular lighting, but move into bright or even moderately dim conditions and things quickly deteriorate. You’d also be wise to avoid using it for selfies; the results won’t be flattering. 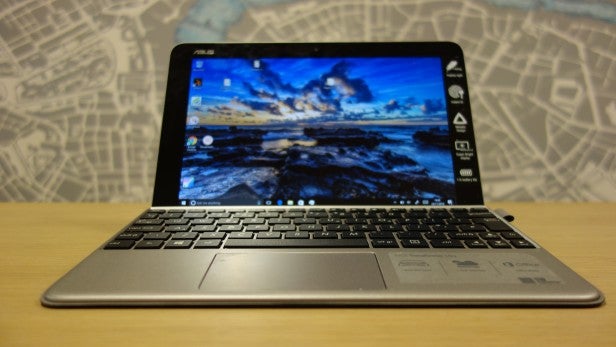 Should I buy the Asus Transformer Mini T102HA?

If you’re in the market for a secondary, small-form-factor netbook replacement for work or study, there’s plenty to like about the  Asus Transformer Mini T102HA.

The device has a portable design and at £449 it’s good value, especially when you consider that the pen and keyboard cover are part of the package. The 11-plus hour battery life also makes it one of the longest-lasting devices around, and means it will easily survive a long-haul flight or school day.

However, its use of an Atom processor diminishes its overall appeal. The CPU isn’t up to scratch for anything but very basic tasks, such as word processing and light web browsing. As a result, it’s a poor choice as a primary laptop of tablet for anyone but the most lightweight of users.

A tempting small-form-factor convertible that’s let down by an underpowered CPU.