What is the Asus Transformer Book Flip TP550LA?

Few firms have been as enthusiastic about hybrid devices as Asus, which started with smaller Android devices and has since moved on to a broad roster of Windows-based machines.

Its latest system, the Transformer Book Flip, deploys a hinged 15.6in touchscreen – the same size as many of its rivals – and costs £700. 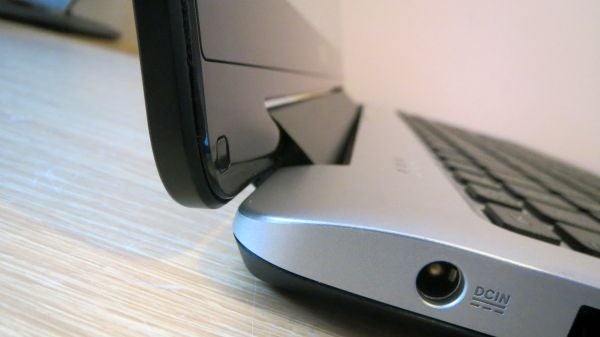 The TP550LA is a smart-looking laptop, but it doesn’t break any ground. The lower half of the system is metallic silver with a black Scrabble-tile keyboard, and the top half is darker: a glossy bezel around the screen and a dark brushed pattern on the lid.

Asus performs a bit of an optical illusion to make the Transformer Book Flip look slim: the metallic silver coating around the 20mm-thick base stops after just 9mm and gives way to plain black plastic that angles away, almost hidden from sight. 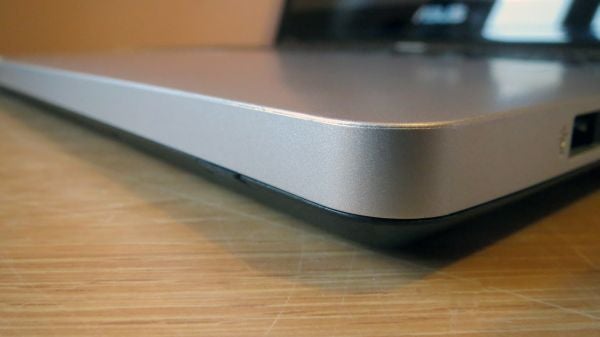 It’s no surprise that Asus has tried to hide some of this machine’s bulk. The machine is 27mm thick when the lid is included, which is chunkier than the HP Envy 15 x360 and the Toshiba Satellite Click 2 L30W-B-10D – they’re 24mm and 23mm thick respectively.

The 2.6kg Transformer is heavier than the competition – its two rivals tip the scales at 2.4kg and 2.1kg.

The Flip’s thickness and weight mean it’s susceptible to the usual hybrid problems. Asus reckons that this device works well in tablet mode, but it’s only really suitable in certain situations: it’s fine for propping up to watch TV, for using on a desk or for sitting on the sofa, but it’s too heavy to hold comfortably in one or two hands for prolonged lengths of time.

Despite the heavyweight frame, the Transformer Flip’s build quality is inconsistent. The right-hand side of the wrist-rest and keyboard flex far too much, but the left-hand side more solid. The base is rigid and the hinge is sturdy, but the lid is a mixed bag – it doesn’t flex too much from side to side, but only marginal pressure on the rear saw the desktop wobble.

The Transformer Flip is thicker and heavier than its rivals, but that’s no guarantee of strength – we’d buy a sleeve or case alongside this laptop.

The single-band 802.11n wireless matches the HP’s wireless offering but it remains disappointing – most laptops than ever, including the cheaper Toshiba, now have dual-band 802.11ac WiFi. Elsewhere, Gigabit Ethernet and Bluetooth 4.0 is standard.

The single USB 3 port is outnumbered by two slower USB 2 connections. The edges house a single audio jack, an SD card reader and an HDMI port, and a DVD writer – something neither of its rivals manage to include. 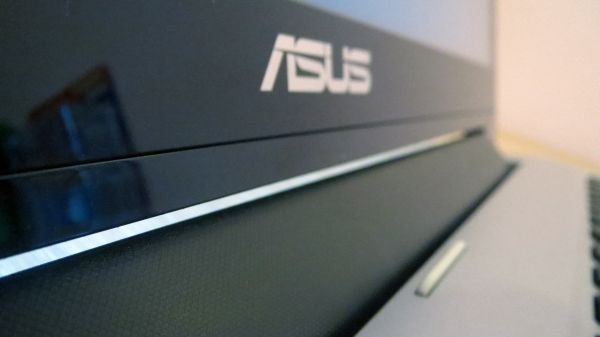 The Flip has the usual 1366 x 768 screen. That’s always disappointing across a 15.6in panel, as it restricts the productivity and work abilities of the screen, but it matches the Asus’ rivals – both feature the same resolution.

Our first test, for colour temperature, returned a result of 6,602K. That’s excellent, and closer to the 6,500K ideal than both of the Flip’s rivals, but the Asus couldn’t continue its good form in other benchmarks – its average Delta E of 9.52 is awful.

The 201 nit brightness level isn’t much cop, either, and leaves the screen feeling too dim. The Asus’ 359:1 contrast ratio beats the HP, but it’s a long way behind the Toshiba’s 881:1 result – and black levels are further hampered by obvious backlight bleed at the top and bottom of the panel.

The colour temperature is impressive, but that one good result is outweighed by disappointment elsewhere. The poor contrast and brightness mean it’s only suitable for casual tasks – if you want to edit photos or do other kinds of colour-sensitive work, look elsewhere. It’s better than the HP’s screen, but the Toshiba’s improved brightness, contrast and colour accuracy mean the Click still leads in this category.

The screen can be modified with a handful of desktop-style screen modes. The Flip’s panel is set to Vivid by default, but the Normal or Theatre modes did little to impress. Both improved contrast marginally and both made big improvements to the Delta E, but the overall effects disappointed: Normal mode appeared little different, and the Theatre option gave the screen a pale cast.

The trio of screen modes didn’t change our opinion of the Flip’s panel – even its revised brightness, black level and contrast measurements remained a long way behind the best screens.

The speakers are surprisingly listenable. Bass drums have unexpected punch, and the mid-range and high-end are well-balanced – neither dominates, and neither sounds too tinny. The lack of rumbling bass notes is a negative, but we’d use these if headphones or external audio kit wasn’t available.