Although it’s nice that the TP200 comes with a built-in webcam, don’t expect dazzling images from the 640 x 480, 0.3 megapixel front-facing camera. It’ll do the job for Skype sessions and alike but as you can see from the below, images will be fuzzy and washed out. 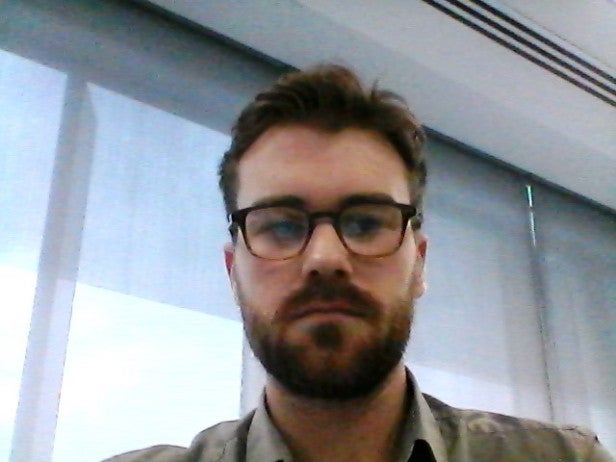 This isn’t surprising. Cameras are an area where budget laptops and hybrids tend to skimp on specs and the TP200SA shouldn’t be singled out for a low quality camera. Just bear in mind that this is not going to produce Insta-ready selfies.

Asus claims that the TP200SA will last eight hours on a single charge and I can attest to this. The 38 Whrs Polymer battery is one of the laptop’s standout features. When watching a movie continuously with the screen brightness set at 50%, the laptop lasted just over eight hours and lost an average of 12% battery per hour. That’s pretty good for a laptop of this size and means you can easily count on the TP200SA to last you all day, even when you’re on a Netflix binge.

For average use (word processing, web browsing etc) with the screen brightness at the halfway point again, the TP200SA lasted just under 11 hours, losing around 9% battery power per hour. That’s pretty good considering the HP Pavillion’s performance, which came in at five hours and 57 minutes on the Powermark test. It puts the TP200SA above Toshiba’s Satellite Click Mini L9W-B-100 tablet which lasted for nine hours and 35 minutes which is impressive for a machine larger than most tablets.

Charge times were good too. The laptop went from 0% battery to 100% in around two and a half hours. Essentially, the TP200 lives up to the manufacturer’s claims and will be more than adequate for prolonged use.

Asus’ machine packs in quite a lot of ports for such a slight device. On the left hand edge of the TP200 you will find the power port and power button, alongside a volume control. Next to these there is a micro-SD card slot, a micro HDMI, a USB 3.0, and the USB Type-C port.  On the right hand side you’ll find the combo mic/headphones jack alongside a USB 2.0 port.

The addition of a USB Type-C is another of the TP200’s little extras that help it to stand out. It essentially means that the laptop is future-proofed as more and more companies begin adopting the new connection type. 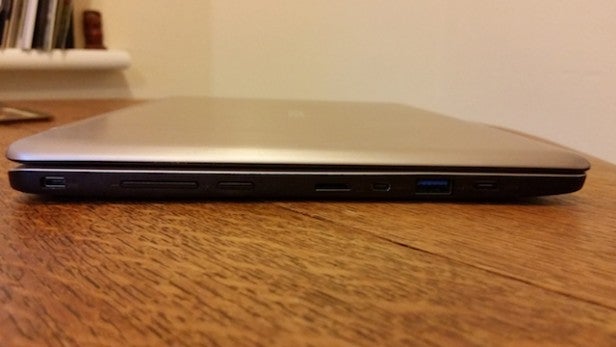 It would have been nice if Asus had continued the commitment to higher-end features by adding a full-sized HDMI port. As it stands, you’ll need an adapter to connect the TP200 to an external display.

Overall, the range of ports offered on the device is more than adequate for the average user, and is even fairly generous by budget-range standards. 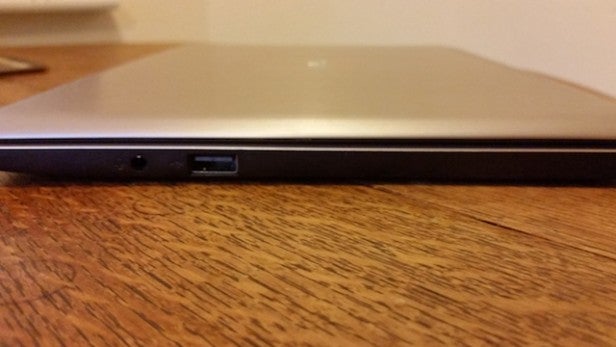 Should I buy the Asus TP200SA?

It’s a shame that the TP200SA’s performance problems are so numerous. I initially found it a nice little laptop to work with. For word processing and a bit of internet usage, it did the job. It might make you wait a second to open a new tab or switch windows, but when you consider its low price there’s a lot to like.

It feels pretty sturdy, unlike a lot of budget laptops which feel as though they’re barely holding together as your fingers hit the keys. Add to that the ability to use it in tablet mode and the TP200SA is a pretty good deal in principle.

However, the reality is that you’re still shelling out £300 and you would expect the machine to be able to run the OS properly for your money. Sadly, the TP200’s issues with performance and the tiny internal memory means that you’re unlikely to feel you got your money’s worth. Sure, you can increase the internal memory, but the fact that you can even buy this thing with a 32GB hard drive is pretty absurd these days. And what with the array of bloatware included it pretty much makes an upgrade mandatory. Even then, you’ve only got 64GB and 128GB options available.

This means that Asus can essentially advertise the laptop as starting at one price when in reality, if you want to be able to use it for anything more than the most very basic of tasks, you’re going to need to pay more to either add a new hard drive or buy one of the models with more storage. This, combined with the inferior processor and the audio problems makes the TP200SA feel like, even at this price, it should be better than it is.

A well-made two-in-one convertible with some nice features which is let down by disappointing performance and laughable storage sizes.