Design
Embracing the two-halves approach of Windows 8 – one hald just like Windows 7, the other more like Windows Phone 7 – the Asus Transformer Book will function perfectly well as both a laptop and a tablet, partly thanks to its neat detachable keyboard. Like the new Asus Vivo-series tablets, the mechanism that keeps the tablet and keyboard module together is impressively covert too. 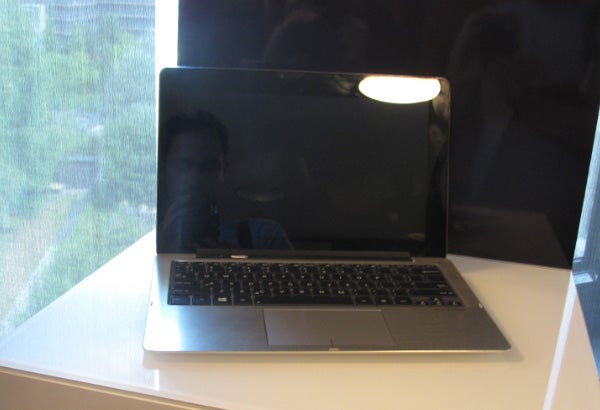 When sat behind the Book in laptop mode, there’s no great big bulbous bit at the front revealing its hybrid ways. This design fidelity seems to owe a lot to Asus’s years of producing tablets with laptop-style keyboards, as other new tablets from Sony, Lenovo and Samsung all have hinges that are visible more-or-less all the time. Bravo, Asus. 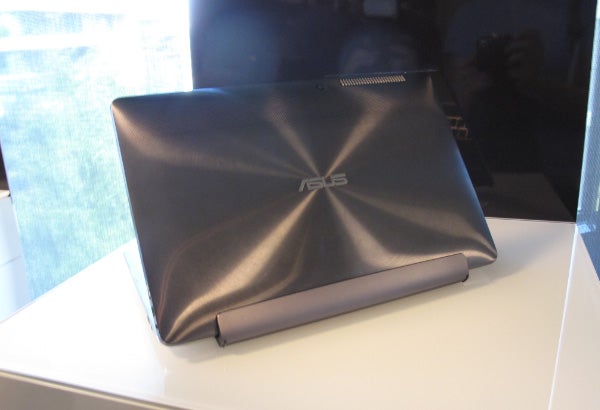 The build of the Asus Transformer Book is also worth a mention. It’s an almost all-metal laptop, with a combination of brushed metal finish inside and a circular “raked” look on the lid or rear that makes it look like an oversized Transformer Prime – or a Zenbook.

The part that marks the Transformer Book as something a little different is the heat outlet on its rear. It’s needed because the  Book packs-in some impressive specs but, unlike a Zenbook laptop, all the goodies have to be stashed within the cramped confined of the tablet part. 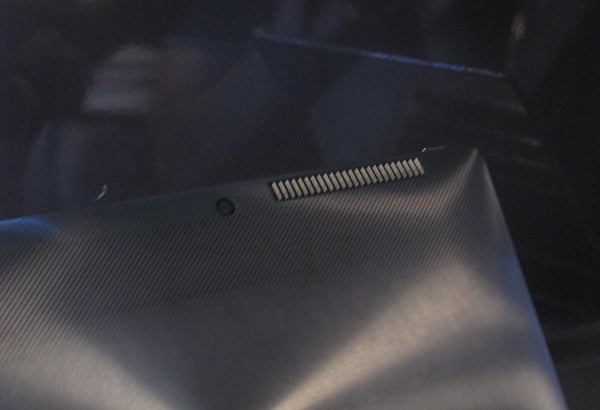 We didn’t get to see the tablet running its Windows 8 OS in the flesh,but at its top spec, it’ll have as much power as a top-end productivity lappy. The Asus Transformer Book offers the full Core i3 – Core i7 range of Ivy Bridge Intel chips, and has up to 4GB of DDR3 RAM.

Asus says that SSD and HDD storage options will be available, making us wonder exactly where the book fits it all. This isn’t as slim, small or slight as a 10.1in Android tablet like the Transformer Pad Infinity, but its no chunkster either. We’ll have to test what its weight distribution’s like once we get our model to review in. 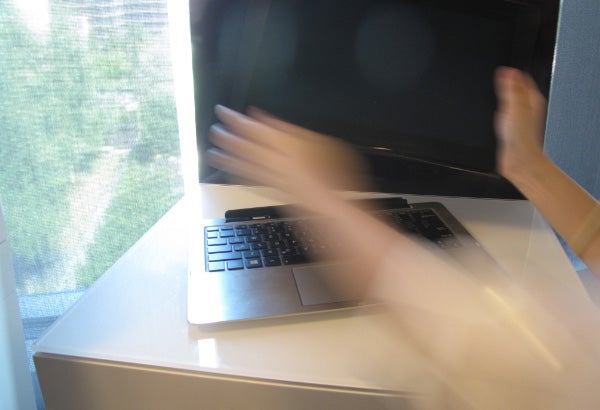 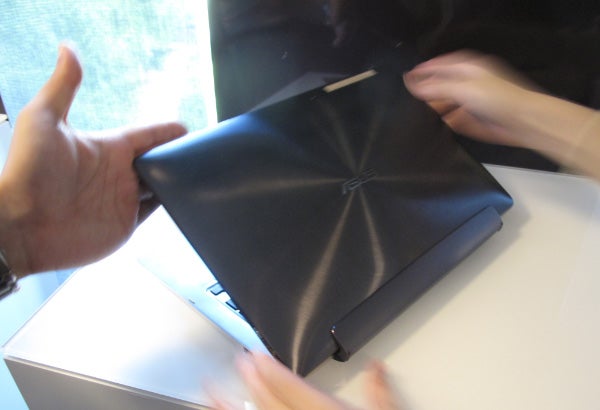 The Asus Tranformer Book in the changing room

Screen
Such a high-spec device makes more sense when thought about in the context of the Transformer Book’s largest-screen model. The range maxes-out with a 14in Full HD touchscreen display, with 11.6in and 13in versions also planned. All use the IPS display type, sure to supply fab viewing angles and great overall image quality. 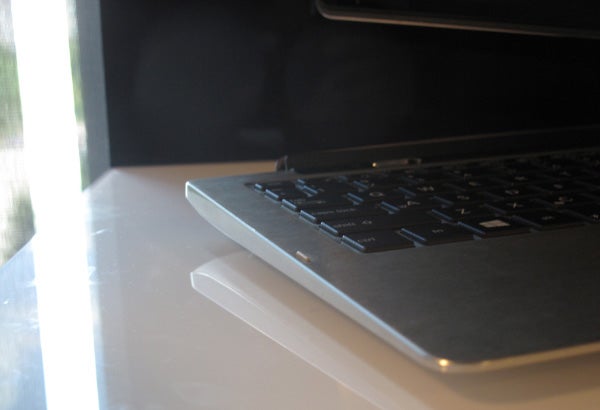 Pixel density is more laptop-like than tablet-like, though, when Android-powered rivals and Apple’s iPad simply pack way more pixels into each inch. However, we expect it’ll nevertheless look great in action. 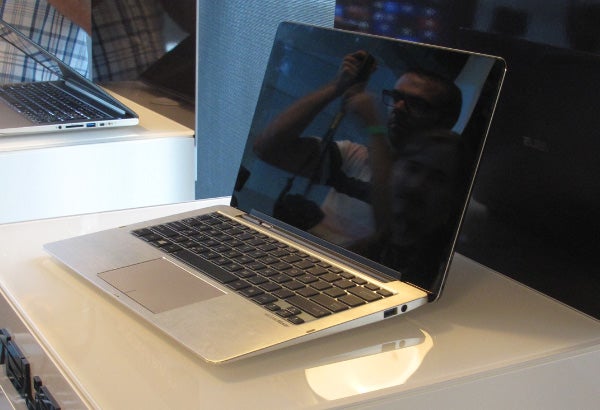 Wrap-up
As we didn’t get to see the thing actually running, we’re going to keep it short on the Transformer Book. However, we will say that this feels like the Transformer series coming to an almighty, exciting creschendo. There are still a few issues – there are only two USB ports, for example –  but we’re not sure we’ve ever seen such a convincing meld of a mid-size laptop and a tablet.

We’ll be back with availability and pricing details on the Transformer Book as they become available.