I’ve never been a fan of taking photos on a tablet. The awkward dimensions make capturing photos and shooting video a cumbersome exercise, and most have poor sensors that don’t even match those of tiny smartphones snappers.

This remains true on the Transformer 3 Pro, but the 13-megapixel rear camera is usable and better than most competing tablets. Photos taken on it in regular light are decent enough for sharing on social media, and it’s also good enough to record a conference speech, if the tablet is rested on a flat surface.

The front-facing camera, meanwhile, is good enough for calls and Skype video calls.

The front mic is also solid and ensured people could hear what I was saying during video calls, even when chatting in a busy London coffee shop.

Speaker quality is par for the course and no better or worse than most Windows 10 convertibles. The speakers are more than good enough for Netflix binging, but you wouldn’t want to rely on them when listening to music. 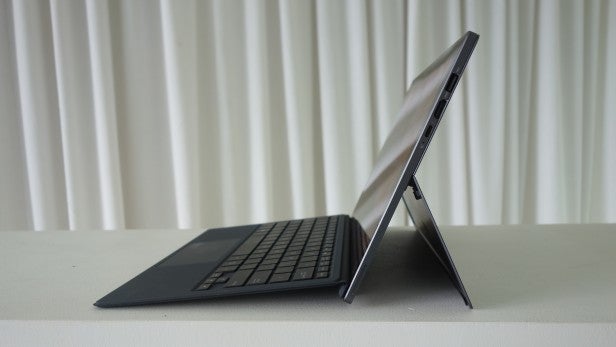 Asus is offering the Transformer 3 Pro in various configurations. The top version comes with a sixth-generation Intel Core i7 CPU and 8GB of DDR4 RAM.

The unit I tested features a more modest 2.3-2.8GHz Core i5-6200U CPU, 4GB of memory, and came loaded with a 256GB SSD. Ideally, I’d recommend buyers invest in a configuration with greater RAM, and will have liked to see a new Intel Kaby Lake CPU used. Regardless, the model I tested still performed admirably during benchmarks compared to the Surface Pro 4.

The Transformer also managed to beat the Surface during the 3DMark: IceStorm graphics test, where it scored 43,474. The Surface Pro 4 scored 32,828 by comparison. The result doesn’t mean the Transformer will be able to play serious games smoothly, though.

During everyday use, the Transformer performed well and was more than powerful enough for everything from basic tasks such as word processing and Netflix binging, to digital painting and basic 3D modelling.

Serious video editing will be a bit of a stretch for it, but lighter work in HD will be passable if you’re prepared to endure long render times. If you’re serious about video editing, upgrading to the Core i7 model with 8GB of RAM would be a sensible decision. 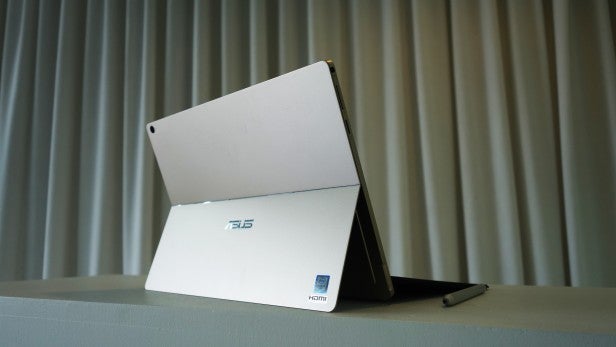 Running TrustedReviews’ standard battery test, which involves synthetically looping 10 minutes of web browsing and 5 minutes of video playback with the screen brightness set to 150 nits in Powermark, the device lasted only 4hrs 45mins. I’d expect a convertible to last at least six hours in this test.

The Transformer Pro 3 offered below average battery in real-world use, too. Using it as my primary work laptop, the device needed to be reconnected to the mains at 4pm, having been powered up at 9.30am. Video streaming with the screen at the same 150-nits brightness, the Transformer 3 Pro lost between 15-19% of its charge per hour – which, again, is below average. 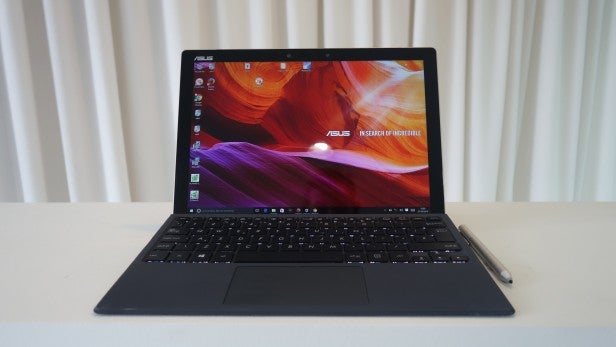 Should I  buy the Asus Transformer 3 Pro?

The Transformer 3 Pro is an impressive device. It may not be terribly original, but it makes a number of subtle improvements to Microsoft’s design, which in some ways make it a better “Surface” than an actual Surface.

My only qualm is with Asus’ value for money claims. The basic i5 variant of the Transformer will set you back £900, while the top-end i7 will retail for a hefty £1,400. Even when you consider the fact that the keyboard is included in that price, there’s no getting around the fact that right now, the Surface Pro 4 is cheaper.

The equivalent Core i5, 4GB RAM version of the Surface Pro 4 currently retails for £849 on the Microsoft Store. Even with the £110 Type Cover added on, the Surface remains £40 cheaper. The only sacrifice you have to make is that the i5 Surface comes with a more modest 128GB of SSD space, which will be an issue for most people with even a modest collection of files. Still, it’s a decent deal and does take away slightly from the Transformer Pro 3’s appeal.

The Transformer 3 Pro is a decent convertible and worthy rival to the Microsoft Surface. However, poor battery life and its relatively high cost make it a tough sell.