This is the third 802.11ac router from Asus and the first designed to appeal to our wallets. This is a relative term given all wireless ac routers are predominantly in the £150-200 range, but it does still offer a reasonable saving.

Of course in order to achieve a lower price point Asus has had to make cuts, but has the company got the balance right or is it worth investing a little more? In joining the exceptional RT-AC66U and current sector benchmark the RT-AC68U, our hopes are high it is the former. 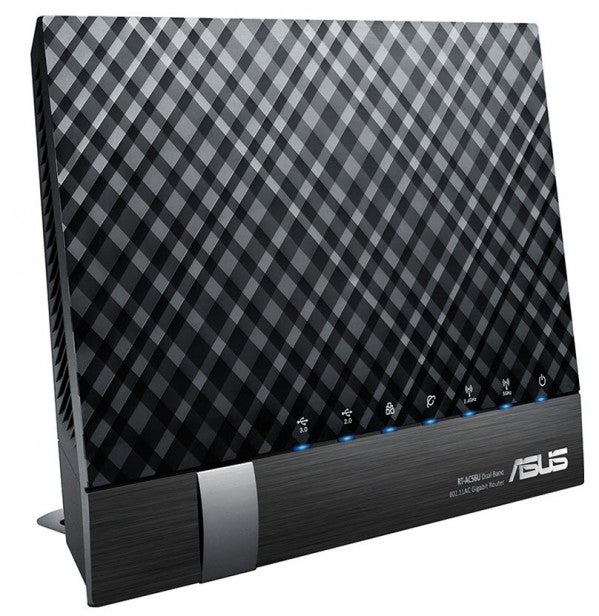 With such illustrious stable mates, Asus was never likely to break far from their styling and the AC56U is a tasteful merger of both designs.

The AC56U measures 147 x 205 x 66 mm and weighs in at a modest 406g. This makes it virtually the same size as the AC66U, but it also stands upright like its much larger successor, AC68U. This is a nice trade off with the AC56U taking up little desktop space, yet not looking too imposing. This is helped by the fact it is also the first 802.11ac router from Asus not to sport three large external antennas.

The downside to this combination design is the AC56U isn’t wall mountable and it seems this is a route Asus will continue from now on. But the good news is it’s just as well built as its more expensive siblings, sports the same tasteful dust and fingerprint resistant chequered finish and integrates its PSU so there is no bulky power brick. 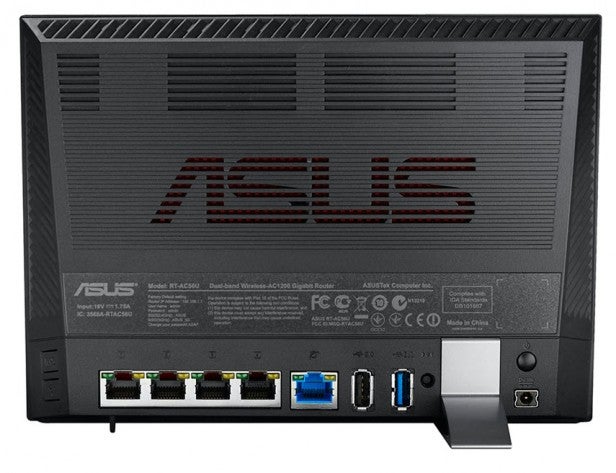 So where has Asus cut corners? The key difference is the AC56U’s downgraded wireless specs. Whereas most premium 802.11ac routers feature a powerful 3×3 antenna array, here it has been reduced to a less powerful 2×2 setup which drops theoretical 802.11ac rates from 1300Mbps to 867Mbps and 802.11n rates from 450Mbps to 300Mbps.

This results in a ‘1200Mbps’ combined rate as opposed to the more common ‘1750Mbps’ slapped on most 802.11ac router boxes. Now it is well known theoretical rates have little to do with reality, but since real world results tend to be proportional the lower starting point remains vital.

That said the good news is this is the only cut of note. We love that Asus routers double as wireless bridges and access points (extremely useful come the end of their lifespan as your main router) and the AC56U does as well. A USB 3.0 and USB 2.0 port and Beamforming have also made it into the AC56U as did inside the AC68U, but not the earlier AC66U. Intriguingly the budget model also packs the flagship AC68U’s more powerful dual core Arm Cortex A9 800MHz processor and increased 256GB of DDR3 RAM. 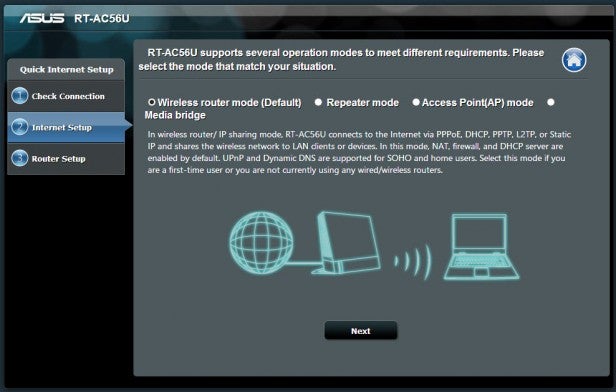 We also continue to be impressed by the slick setup process Asus has built into all its new routers.

On first boot the router’s 5GHz and 2.4GHz SSIDs carry no security, but on first connection a browser tab automatically opens where you set WiFi and admin passwords, SSIDs, whether you want the device to function as a router, wireless bridge or access point and connect to the Internet using the smartest of smart wizards we’ve seen.

The ‘ASUSWRT’ settings UI is also intuitive and well laid out – something we’d expect from what has become a mature interface, though not a stale one. In all we were up and running 30 seconds after first connecting – a brag Asus actually makes in its advertising. 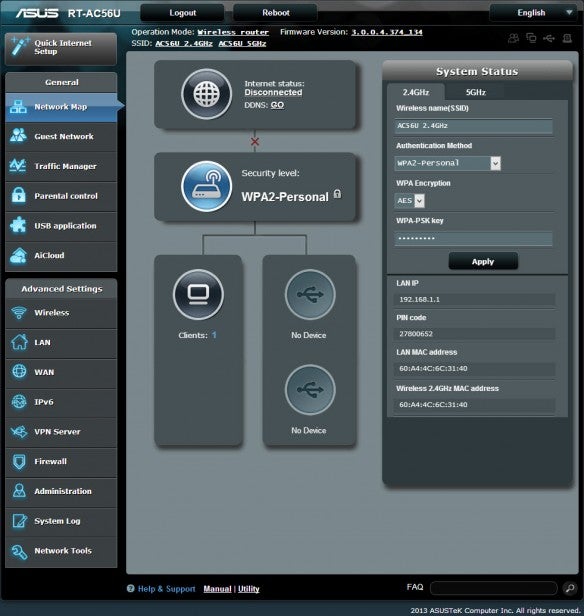 An area which is either a positive or negative depending on your perspective (usefulness vs security) is the ongoing absence of a Cloud platform like Linksys’ ‘Smart WiFi’ and D-Link’s ‘mydlink’ that enables users to access their router settings from any location. We’re largely in favour of their flexibility (and benefit in providing tech support), but like any online service it is a potential target for hackers.