Hands-on: We try out the first Max-Q laptop

The Asus ROG Zephyrus is the first of a new breed of Nvidia’s Max-Q gaming laptops. You can find out more about what that means in my Max-Q explainer, but in brief, this is designed to be the ultimate gaming laptop for both efficiency and performance. 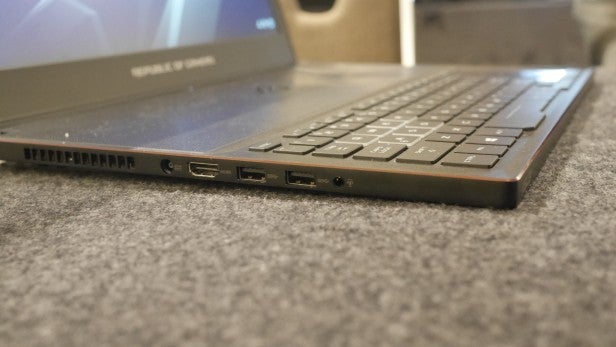 First, the design. And what a design it is. Closed, it’s 17.9mm thick, but when you open it the chassis actually gets thicker courtesy of a small vent that folds down as you open the laptop. The reason for this is to increase airflow, and the extra 6mm it affords allows enough air to make its way in to fully cool its GTX 1080 graphics chip while under full load. 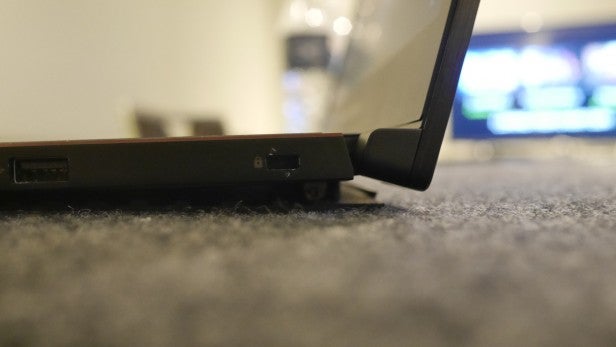 The rest of the design is seriously impressive. Sharp edges, a creased lid and the pushed-forward keyboard all make for a unique proposition and one of the most distinctive gaming laptops I’ve ever seen.

Full specifications include a beefy quad-core Intel Core i7-7700HQ, the aforementioned 8GB GTX 1080, up to 24GB of 2400MHz DDR4 memory and ultra-quick NVMe-based PCIe SSDs. At 2.24, it’s not super light but considering its power, it’s brilliant and relatively easy chuck into a backpack (which is something I was tempted to do before leaving). 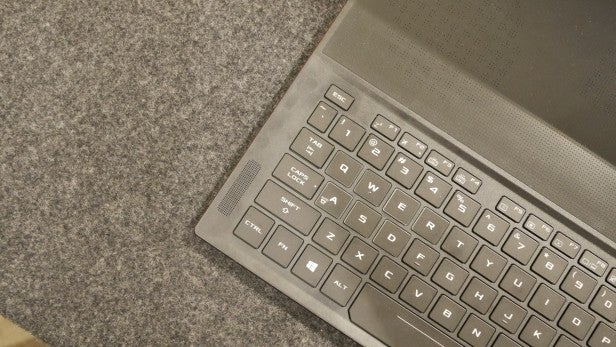 I did get to play a bit of Mass Effect. Even under maximum load, the laptop only puts out a maximum of 42dBA, which is a light whooshing that’s easily overcome if your room is slightly noisy or you have your speakers switched on. It gets even better: if you activate Nvidia’s new WhisperMode, the GPU software automatically tweaks your games’ performance, either by decreasing graphics quality or artificially decreasing frame rates. This keeps the GPU cooler and means the fans only spin up to a maximum 32dBA of noise. This isn’t silent, but it might as well be in any room with background noise. It’s seriously impressive.

The keyboard’s position will take some getting used to, but it has a light touch that some people will like, and others won’t. I found it quite nice to type on, and gaming felt responsive. 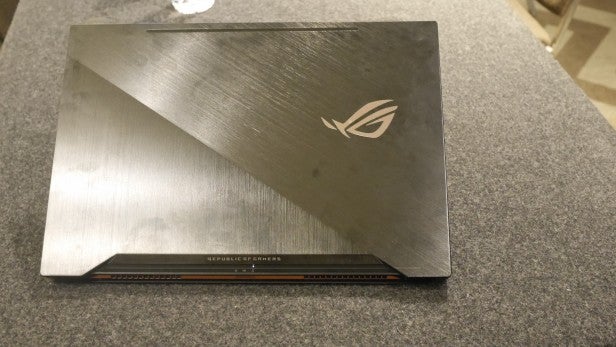 The 15.6-inch IPS screen runs at 120Hz, which makes gaming feel silky-smooth. It also uses Nvidia G-Sync for synced-up, smooth gameplay under all circumstances. It’s a great panel, displaying the full 100% of the sRGB colour gamut. It is only Full HD, though, so to get the most out of your laptop you’ll probably want a nice, big external monitor.

The touchpad doubles up as a number pad, which is lit up when you activate it.

No pricing has been announced yet, but I’ve been informed that it’ll be cheaper than the also-Max-Q-certified Acer Predator Triton 700 that’s expected to sell for £3400. When the price is announced, again, I’ll update this piece.

As an example of a Max-Q laptop, the Zephyrus is brilliant. Its design is both attractive and clever, while performance isn’t compromised one bit. It’ll be a niche product, sure, but it’s mighty impressive all the same.