As just mentioned, this display arrives looking pretty good right out of the box. That AHVA panel benefits from superb viewing angles, plus contrast is good with an obvious depth to dark areas of the image and a rich yet natural quality to colours.

Putting that into numbers, I measured an impressive contrast ratio of 1,324:1, colour space coverage of 96.6% sRGB, gamma of 2.08, colour temperature of 6,876K and a Delta E of just 0.54. What does that all mean? Well, on just about all fronts this is an LCD panel that’s up there with the best available, without having to opt for a professional, photographer-orientated model. 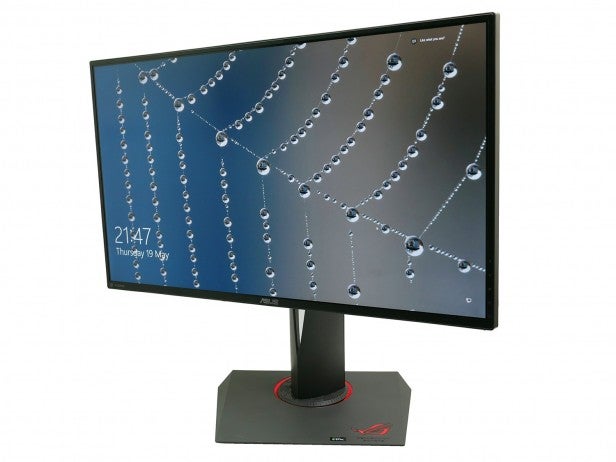 You could easily get away with just dropping the brightness from its overly high 329 nits (80/100 in the OSD) to around half that and you’d be good to go.

Running a full calibration, I had to switch to the manual colour mode in the OSD and drop the blue channel down from 100 to 95 – but that was it. Once the colorimeter had run its calibration, the display was perfect on nearly all fronts – colour temperature of 6,522K (ideal is 6,500K), gamma of 2.22 (ideal is 2.2), 100% sRGB, and an even tighter 0.52 Delta E. The only thing that suffered was contrast, which dropped to 973:1 – a common occurrence once a display is calibrated.

This display also displays good uniformity across the expanse of the screen. On average, brightness varies by only 3.9% when comparing its edges to the centre.

As for those gaming features, the high refresh rate is fantastic. It means you can game competitively with the image quality of IPS, without incurring the relatively sluggish feel of a 60Hz display.

Crucially, there isn’t sign of the obvious ghosting and smearing that affects the likes of the AOC C3583FQ, which uses a 160Hz VA panel. 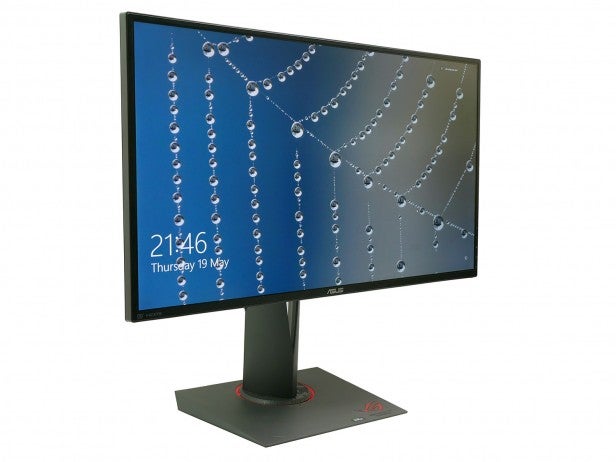 G-Sync also works superbly, perfectly eliminating any tearing or stuttering, and operating flawlessly in our tests. It doesn’t provide much of a competitive advantage in the way of a fast refresh rate, but it just makes gaming more immersive and engaging.

As for input lag, I’m currently unable to test at the refresh rates available here. However, using the HDMI input and running at 60Hz it averaged 12.7ms, which is about as fast as you can measure for a 60Hz display. At high refresh rates, I certainly didn’t notice any extra lag compared to any other high-refresh rate gaming monitor.

Asus also includes several extra gaming features in this display. There’s a crosshair that permanently appears in the centre of the screen – an advantage for those FPS games that don’t include one – plus a timer that can be used to keep an eye on how long you’ve been playing. An FPS counter also enables you to track how fast your graphics card is churning out those frames. While none of these are essential for most users, they’ll be useful for some.

All of which brings us to the one potential issue for this display. Since it’s been out for a while, there’s a strong pool of evidence to suggest that the quality control on these monitors is poor.

The problem is with backlight bleed. On our review sample it was minimal, but buyers have reported overly distracting levels, to the point where it’s only after having returned several samples that they’ve found one with which they’re happy. In my experience with the Asus ROG Swift PG270Q  and the Acer XB271HU, I’ve found that both suffer with fairly similar amounts of backlight bleed, yet it is the PG279Q that appears to be in the spotlight over it.

Either way, I personally wouldn’t hold back from buying the PG279Q, as you may find you get a good sample or simply aren’t as sensitive to the issue. However, it’s reasonably likely that there will be a revision of the display towards the end of this year, so you may want to hold out for that. 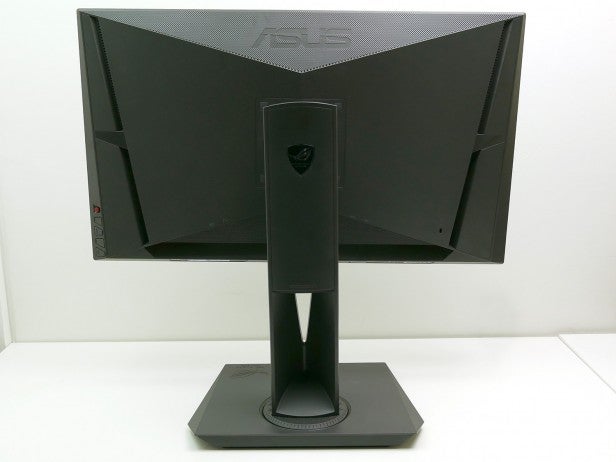 Where gaming is concerned, the Asus PG279Q is one of the two best 27-inch monitors you can currently buy. Along with the Acer Predator XB271HU, the PG279Q offers fantastic image quality, a wealth of features and superb gaming performance.

At one time the Acer had the edge, since it was priced a little lower than the Asus, but this no longer appears to be the case. As such, thanks to its nicer stand design and better OSD controls, the latter just gets the nod.

However, ongoing concerns about Asus’ quality control over backlight bleed mean that some users will find they have to buy and return several samples before they end up with one that satisfies. I believe most users won’t actually notice the issue, but for those that do, it’s a concern.

Also, there’s no denying that this is a very pricey display, and some alternatives offer pretty much the same experience but for far less money.

For instance, the Acer XF270HU has a 144Hz IPS panel that offers excellent image quality and costs £470. It doesn’t have as attractive a design and stand, and you’ll just have to accept using an AMD graphics card and FreeSync instead, but it amounts to a huge saving.

For Nvidia users, this is arguably the finest 27-inch gaming monitor you can buy. Just be aware of its quality control issues.