The ASUS ROG Fusion II 500 is a fantastic gaming headset, offering marvellous build quality and crisp and clear audio. Superb compatibility means you can also use it with practically any device, with the virtual surround taking things to another level. The overly plastic frame leaves it feeling a little cheap, and while its microphone is good with noise cancellation, you’d be better off with an external boom mic. The Rog Fusion II 500 is also pretty expensive, making it an option only for those with more generous budgets.

The Asus ROG Fusion II 500 is the brand’s latest wired gaming headset and it’s been designed with the audiophile-level gamer in mind.

It features some sharp audio courtesy of its 50mm drivers, hi-res audio support and it looks pretty good, too.

At $179, it’s quite an expensive headset, but with its array of features, can the Fusion II 500 justify that price?

Recent years have seen a trend towards gaming headsets becoming more minimalistic in their design, and the Asus ROG Fusion II 500 epitomises that. There’s no doubt it’s a great-looking headset, presenting a nice blend of smooth curves and sharp edges on the ear cups.

As for its construction, the Fusion II 500 is pretty well made, although in contrast to other headsets, it can feel a little bit plastic. Perhaps the inclusion of some more metal would have helped to make the Fusion II 500 feel more premium. Nevertheless, the plastic used is hard-wearing and smooth to the touch, and feels decent overall.

You do get some RGB lighting here, but it follows through on the overall minimalistic vibe of the headset. It comes in the form of a pair of strips that line the headset’s ear cups, which (by default) cycle through a spectrum of colour. It can be changed with Asus’ intuitive Armoury Crate software – and, all in all, the Aura lighting here looks rather smart indeed.

There’s a decent amount of padding sitting around the ear cups and a small leatherette strip on the headband. All of this, combined with the 310g weight, makes the Fusion II a comfortable headset to wear for long periods, and allows the unit to offer up some brilliant passive noise isolation, too.

If you want to swap out the bundled protein leather ear cups for another set, then Asus has been generous enough to throw in a second pair in the box; they’re made of a more breathable foam mesh. Personally, I preferred these in testing, even if the leather ones do feel a little plusher.

You’ll also find more multimedia controls than you can shake a stick at, with the Fusion II 500’s underside appearing to be a one-stop-shop for them all. On the left is a 3.5mm port for phone connection and the USB-C cable for connectivity to consoles and PC, alongside a volume roller, surround sound toggle and mic mute button. The other side graces you with a device selector switch and a dial that allows you to balance game and speech audio, like you can with the Spotify app on Xbox consoles, which is a handy addition.

As for compatibility, with the bundled USB-C cable, 3.5mm cable and USB-C to USB-A adapter, the Fusion II 500 is said to work with practically anything – be it a PC, PS5, Xbox Series X, or Nintendo Switch. Connecting the headset to either my PC or Series X was a doddle, and it worked absolutely fine.

Of course, it’s all very well having a headset that looks the part, but if it doesn’t sound good, then you’re a little bit stuffed. Well, I’m pleased to report that the ROG Fusion II 500 sounds brilliant.

Its 50mm drivers ensure audio is nicely crisp and clear, with balanced mids and highs. Even without surround sound, there’s a nice low-end rumble to remind you that this headset does have some bassy powers. The balanced audio also makes the Fusion II 500 rather agile, with the headset coping well with any game sound or music I threw at it – be it the crashing guitar of Porcupine Tree’s Blackest Eyes, or the twee piano and vocals of Paul McCartney’s English Tea.

The Fusion II 500comes with virtual 7.1 surround sound that can be toggled either with the switch on the headset’s underside or through the Armoury Crate software. In my experience, the mention of 7.1 surround sound label on a headset’s box is usually more a gimmick, with little to no difference following through on the actual audio.

With the Fusion II, however, it makes a pronounced difference. Your sense of placement is certainly heightened, making it far easier to pinpoint exactly where your enemies are hiding in CS:GO, for instance. As for musical performance, turning on the surround sound allowed for that thumping bass to come through, although it presented with sufficient nuance to neither override or drown out the still-balanced mids and highs.

The inclusion of the Armoury Crate software also opens up many more audio-based avenues for you to explore with the Fusion II 500, including a bass boost and another function for increasing vocal clarity. You can even add some reverb to the audio, which isn’t something I’ve seen in gaming software before.

You’ll notice also that there isn’t a pronounced and detachable boom mic on the Fusion II 500, unlike a lot of other gaming headsets. That’s because the functionality sits inside the headset, with Asus using what it calls ‘AI Beamforming Microphones’ that feature some intriguing AI noise-cancelling tech.

What this translates to is some decent pick-up with good clarity that can also cancel out the usual annoyances when chatting with friends, be it a clicky keyboard or otherwise. It isn’t going to cancel out everything – and when it’s off, the mic does still pick up a fair amount of background noise.

You want a do-it-all gaming headset:
The ROG Fusion II 500 is a marvellous all-rounder, with great, vibrant audio that also works with plenty of devices.

You want an incredible mic:
If comms is a top priority, then the Fusion II 500 may not be the best headset for you, given its mic can let in a fair bit of background noise.

The Asus ROG Fusion II 500 is a marvellous all-round gaming headset that raises the bar for other headsets to reach. While it does come at quite the price, its audio is some of the best I’ve heard and will suit most gamers perfectly with a nice balance of lows, mids and highs.

The inclusion of virtual surround sound isn’t a gimmick and does help to make things even more immersive when you’re locked into some rounds of CS:GO or COD Vanguard. It’s also well built and offers marvellous comfort and passive noise isolation, allowing you to really focus on your game. For those wanting a do-it-all headset for multiple platforms, this is a fabulous choice. 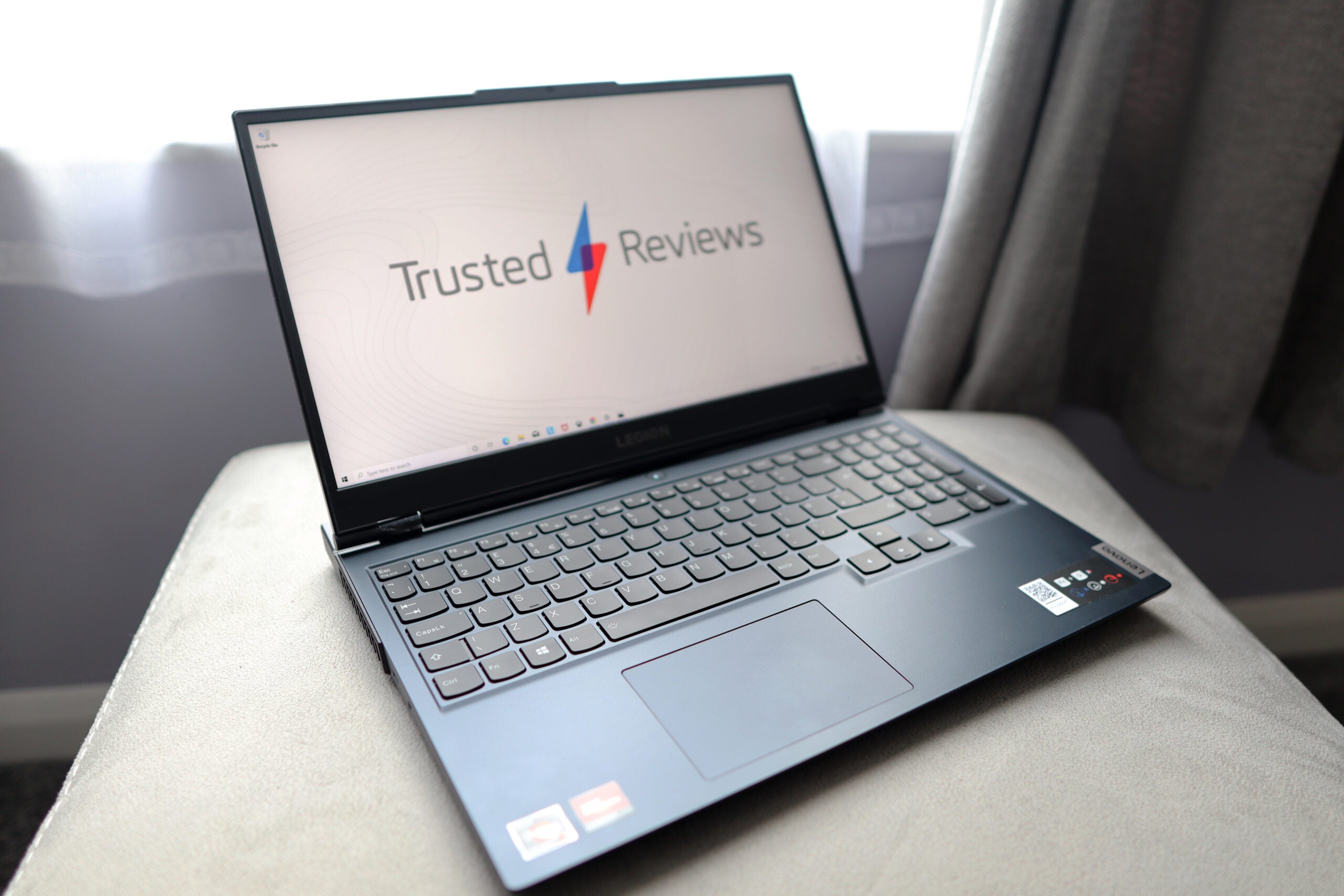 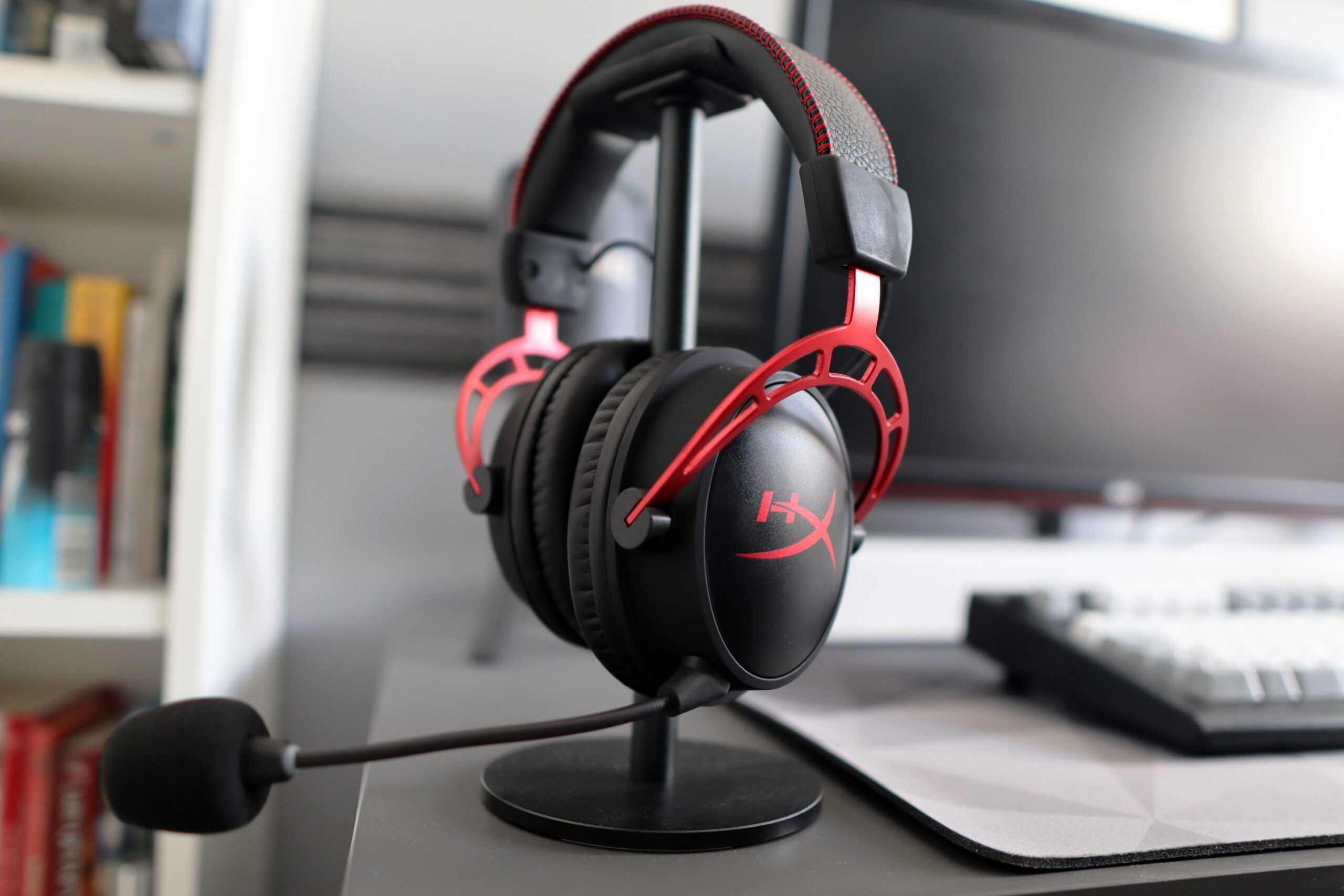 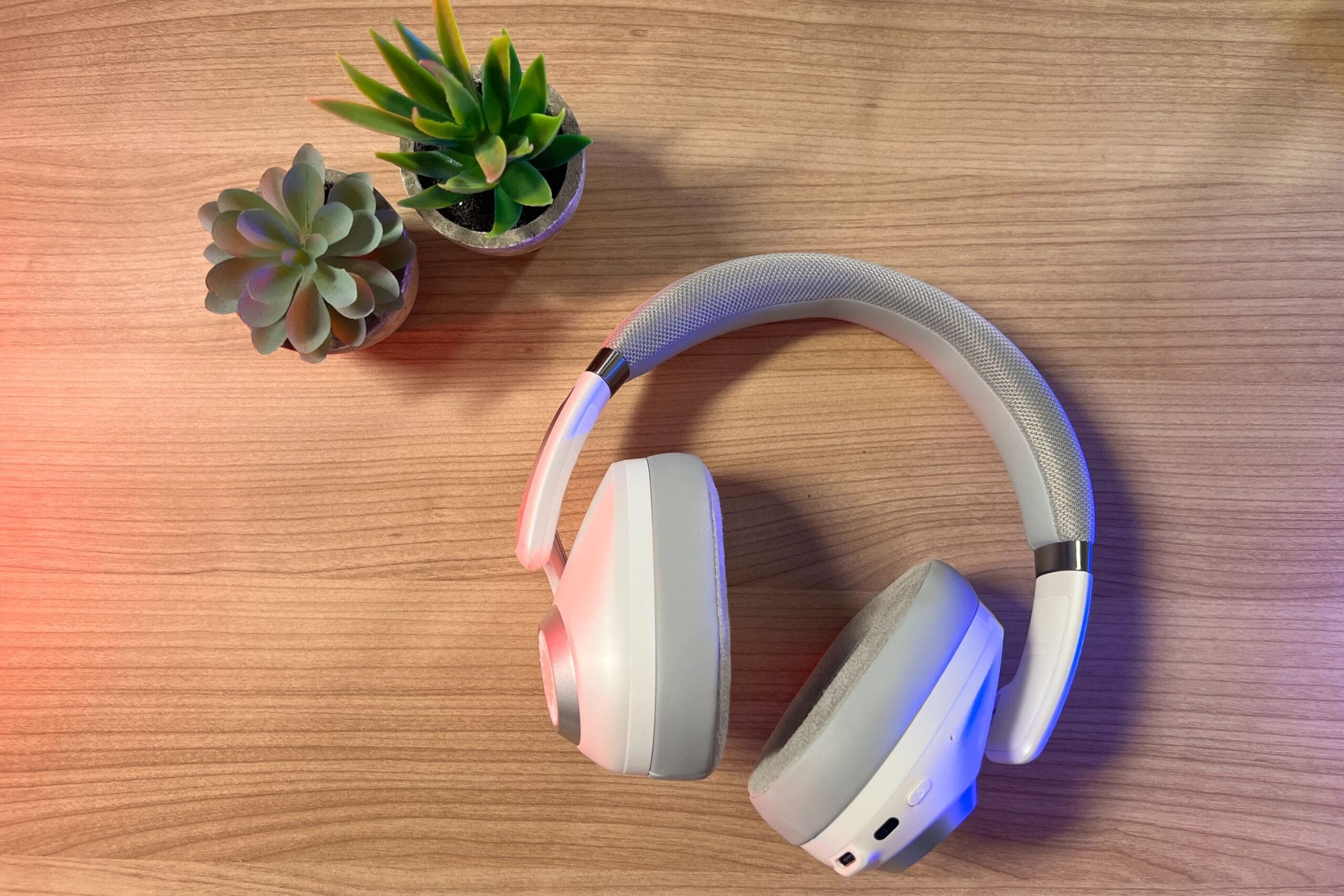 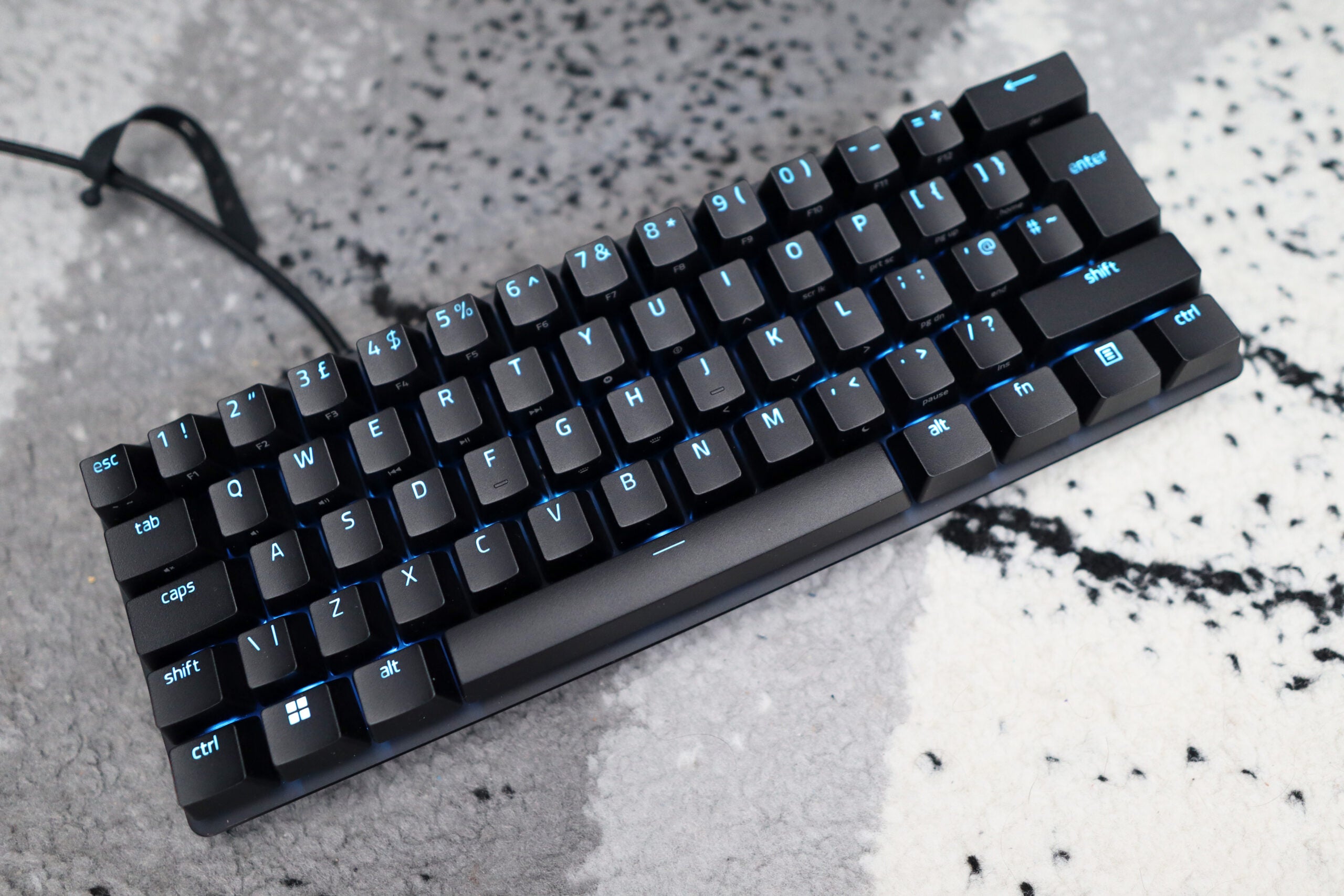 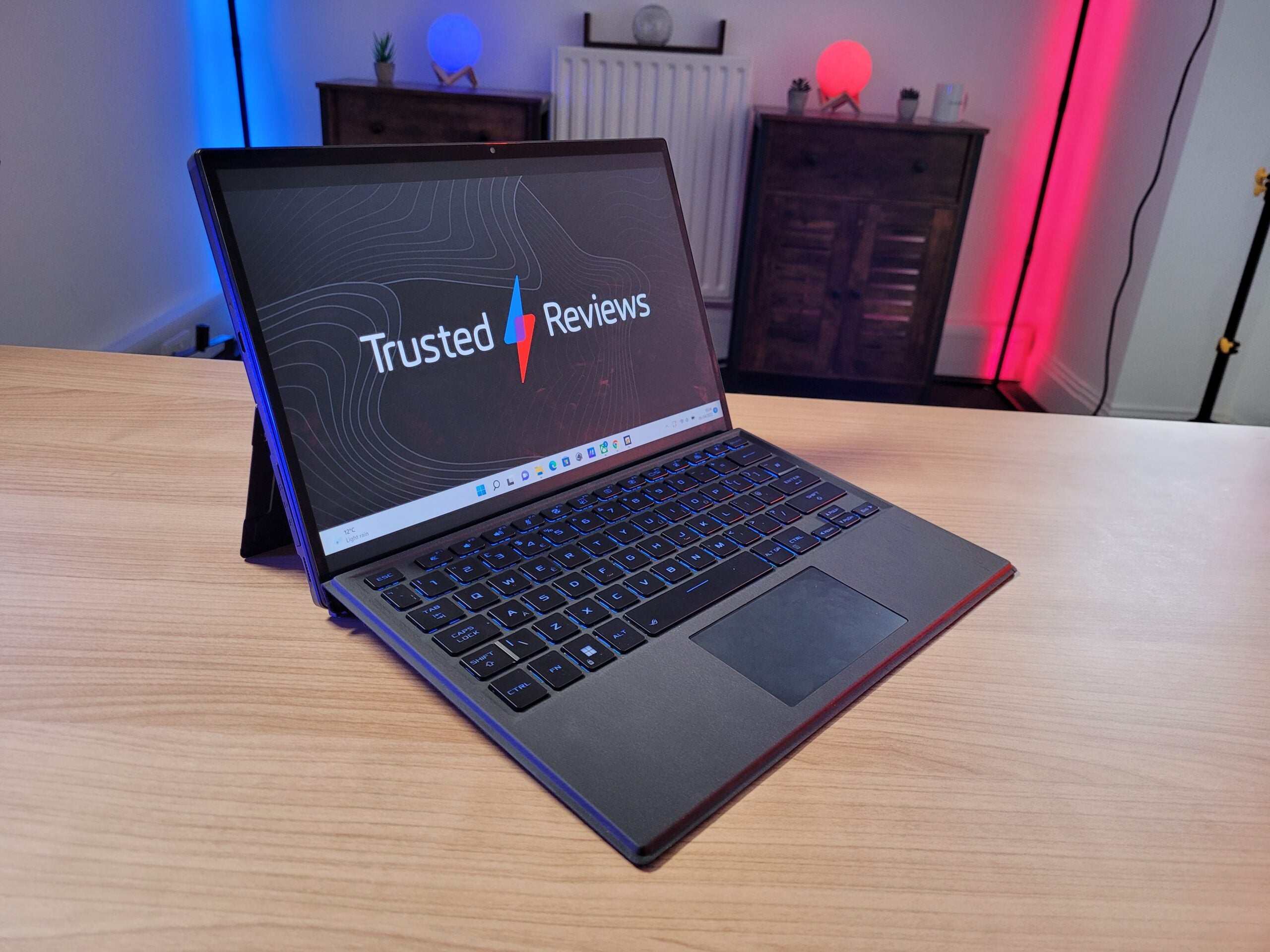 No, it uses a wired connection.

Which consoles does it support?

The Asus ROG Fusion II 500 supports all platforms, as long as they allow a wired connection.