What is the Asus ROG Centurion?

There’s significant compromise, however, as the Centurion feels bulky, requires a number of cables, and is expensive – priced at an eye-watering £219/$190. I’m not convinced that everyone would declare it money well spent. 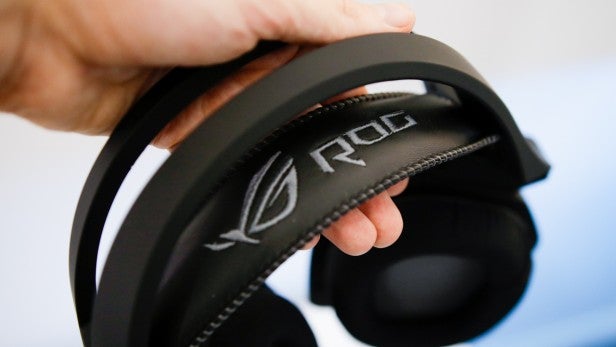 The Centurion is one of the larger headsets I’ve tested – and weighing in at 532g, it certainly isn’t the lightest either. The top section of the headset is constructed from a smooth grey plastic, with a soft leather-like headband that adjusts to fit to your head.

The sides of the cans adopt a more ‘gamey’ aesthetic, with an illuminated ROG logo (sadly, this isn’t RGB) and small details that resemble Mayan tramline patterns. The ear cups are made from a soft foam and come coated in cloth. I’d prefer to have a little more foam here; in use the headset pinches a little. I’m sure this will reduce over time, but it’s something that wasn’t an issue with the Astro A50’s.

On the plus side, the weight of the ROG Centurion didn’t prove as much of an issue as I’d anticipated, and overall the headset is moderately comfortable to wear for short periods. I managed about an hour or so of gaming before having to remove the headset to reduce head fatigue. 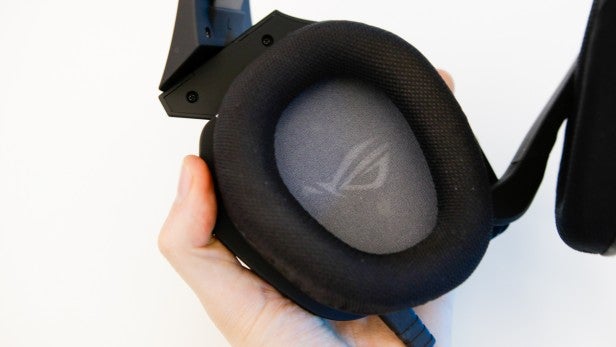 The microphone is large and non-detachable, but can easily be moved into any position, or can be folded away entirely.

The headset itself is free of any buttons; the unit is controlled with the included USB junction box and DAC. It’s a very cheap-feeling box, with an exclusive use of scratchy plastics. It’s functional, though, with volume wheels for individual channel adjustments, preset EQ modes and LED lighting adjustments. It isn’t the easiest thing to use at first: some of the settings aren’t self-explanatory – what does ‘spectrum’ do, for instance? Once you’re familiar with the system it’s won’t be an issue, but you’d be wise to keep the manual to hand initially.

To make things easier, Asus includes a software suite to let you fine-tune these settings. The ROG Sonic Studio is a free download, consisting of many sliders that can be adjusted to individual preference. Presets exist, but you can also create your own profile for a more tailored listening experience.

The sound quality on the Centurion is a slightly mixed bag. Asus’ decision to implement multiple drivers into each ear cup results in a headset that can truly recreate in-game sounds from all directions. This leads to a much more natural surround gaming experience.

Other than the weight penalty, however, this appears to have a detrimental effect on the raw clarity of the sound. To be clear, it isn’t a deal-breaker – overall audio quality is more than creditable – but if you listen to music often then you may find yourself expecting more from a headset that costs this much.

The sound is quite bass-heavy (even after calibration), and sounds a little muddy in general. I’ve tried a variety of genres, and have never been wowed by the Centurion. To be honest, I’m a little disappointed. 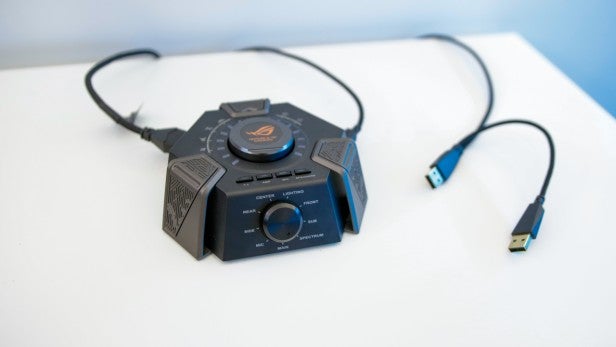 A jack-of-all-trades this isn’t then, but it does have an ace up its sleeve – gaming. If you can accept the added bulk and cost that true surround sound brings, then you’ll be pleased with the Centurion’s gaming capabilities.

Booting up Gears Of War 4 was a great test for the headset, and I wasn’t disappointed. The bass-heavy sound signature works a treat here, with plenty of weight behind each shotgun blast. Gears relies heavily on player awareness and reaction time, and therefore having the extra spacial awareness from the 7.1 audio really does help.

However, in my experience it isn’t as game-changing as the marketing spiel would have you believe, and it can’t compete with a comprehensive set of dedicated 7.1 speakers. In addition, some games may not benefit as much; if you only play strategy games such as Civilization, for example, I’d steer you towards a more traditional stereo setup.

As for the microphone, it left a lot to be desired out of the box. Recordings had a muffled ‘digitised’ quality to it, and sounded pretty poor. Asus have since released a firmware update that has fixed this issue. The post-update recordings sound relatively clean and free of static, without much trace of any nasally audio. It’s still not perfect though, and it’s not all that different from headsets costing half the price. You can adjust the audio with the ROG software, but the difference it makes is limited. 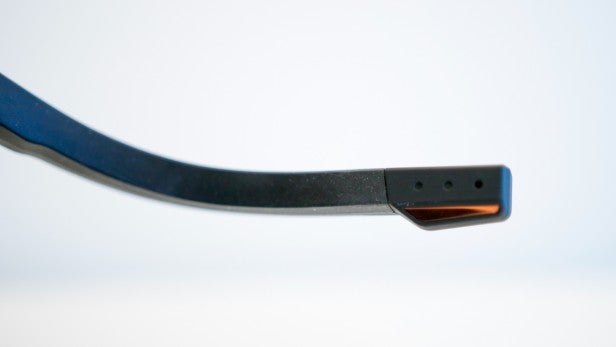 Should I buy the Asus ROG Centurion?

The Centurion is a respectable gaming headset. It has the potential to increase player reaction times in tight combat encounters, and has a sound signature that can be adjusted to suit the player. It’s also relatively comfortable for a headset of this calibre, and even comes with a handy stand on which you can hang the device.

But despite its strengths, it’s a big and bulky headset that costs a lot of money and doesn’t have the the best sound or microphone quality out there. It’s also wired, with two thick cables and a junction box required to work. It’s a big compromise, and I don’t think that most will be able to justify the drawbacks for the sake of true 7.1 audio.

A better bet for 7.1 is the SteelSeries Siberia 840, which is a little more expensive but delivers better overall performance. 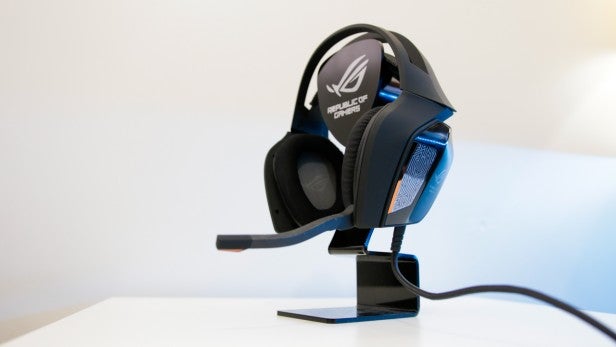 A gaming headset that offers true surround sound, but at a significant cost.